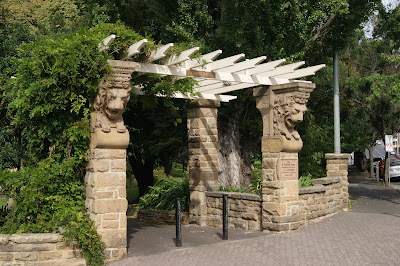 St David's Park is a formal English style walled park and dates from the beginning of European settlement in 1804. This was the site of the first burial ground in Tasmania, marked out by Lieutenant-Governor David Collins and the Reverend Robert Knopwood in April 1804.  At that time the burial ground was ‘a place of real seclusion and rare beauty’, located away from the main settlement and surrounded by an ‘exquisite natural shrubbery’.Information posted on site explains that it was called St David's Cemetery as a mark of respect to the memory of the Colony's founding Lt Governor, Lt Col David Collins. Collins himself was buried there in March 1810.  About a year afterwards the first church in Tasmania was built on the spot, with its altar directly above his grave.  However, the small wooden building hadn’t been constructed very well and within a few months it had been blown down in a storm.  Later, in 1838, Lieutenant-Governor John Franklin arranged for his predecessor’s resting place to be honored with a large sandstone monument. 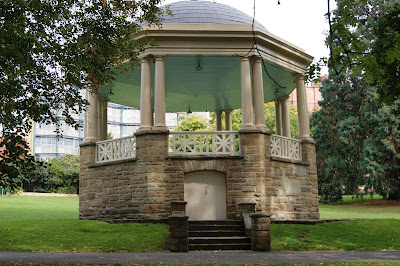 The site was selected because of its discreet distance from the camp, and its natural beauty. In the 1820s it was described as 'a place of real beauty and rare seclusion' crossed by two crystal streams with fine old blackwood trees dotted through the groves of wattle on the high ground. By the 1830s it had become neglected, and was surrounded by the rapidly spreading town. 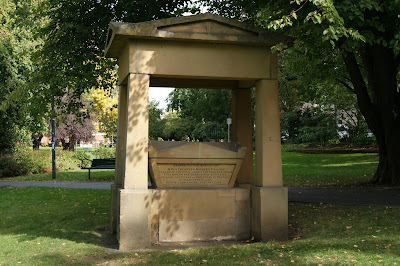 St David’s was Hobart’s main cemetery and many of its most prominent citizens were buried there.  As the town expanded, the land surrounding the burial ground was gradually developed and by the 1850s people were voicing concerns about the health risks associated with burying corpses in such a thickly populated neighbourhood.  The Government passed the Cemeteries Act in 1865 and the opening of the Cornelian Bay cemetery in 1872 allowed St Davids and all the other burial grounds within the city to be closed. 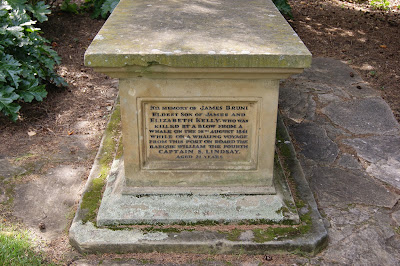 The last burial was in 1872, but the tombstones and memorials remained there and the area became very run down. A visitor in the late 1870s wrote about its sadly forlorn state, with many of the headstones defaced, or fallen down, and others covered with a rank growth of weeds. It was not closed until 1872, by which time it has become 'an odious wilderness' of weed-choked bracken and toppled headstones. 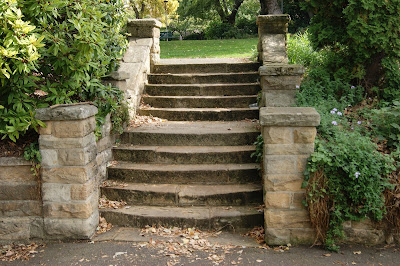 After it was closed it became a haunt for 'undesirable characters'; some with strong nerves evaded the police by hiding in collapsed graves. The idea of redeveloping the burial ground as an ornamental garden was raised in a letter to The Mercury back in April 1890, but it was to be many years before the matter was progressed.  In May 1916 the Southern Tasmanian Town Planning Association met with the Hobart City Council to lobby for all of the city’s disused cemeteries to be turned into pleasant open places for rest and recreation. 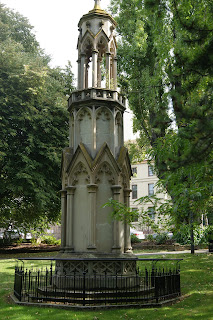 The Council endeavored to acquire St Davids burial ground but found that the church authorities were reluctant to part with it.  Finally, in late 1919, the church accepted an offer of ₤5,000 and the exchange was duly sanctioned by Parliament in the St Davids Burial Ground Vesting and Improvement Act. In 1919 it was handed over to the City Council to be used as a recreation ground. A register compiled at the time shows that at least 900 people were once buried under the lush green turf of St David's Park. Some were reburied at Cornelian Bay, most were allowed to sleep on under the now carefully-tended gardens and lawns. Now only a few of the more important memorials remain - including David Collins, first Lieutenant Governor, interred in a casket of Huon pine.

A major feature of the park is the memorial wall which is made up of many of the original headstones from the park’s previous life as the Hobart colony’s first cemetery. It contains the names and details of many “First Fleeters” and many of the early settlers of Hobart Town. 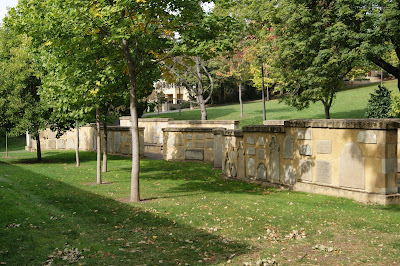 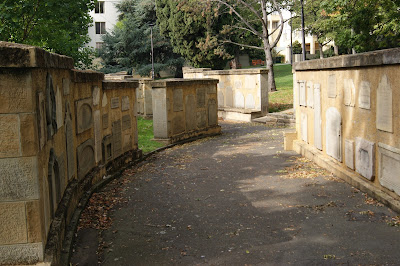 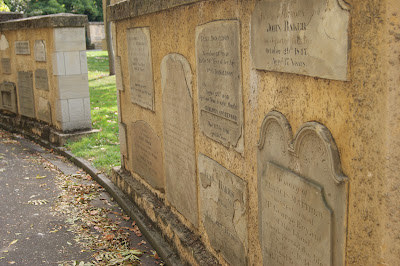 A thoughtful stroll around the park's wall of headstones gives a poignant picture of life and death in the colony's early days as there are many headstones for children from those days when children’s life expectancy was not very high. There are also memorials to those settlers who came from Norfolk Island to become part of the new settlement in 1807. 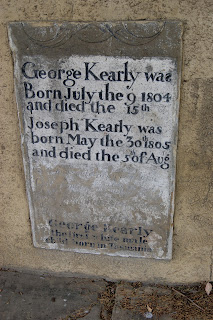 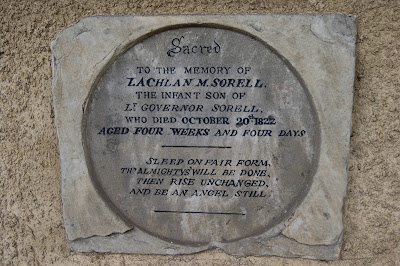 The lion sculptures at the  entrance were restored as a bicentennial gift to the people of Hobart from the Australian and New Zealand Banking Group Limited which erected them here jointly with the corporation of the city of Hobart in 1988. The lions were carved in a tent on the foot path in 1884 by Richard Patterson to serve over the entrance to the Bank of Van Diemen’s Land. The lions were then displayed at Port Arthur under the care of the Tasmanian Government until 1988. 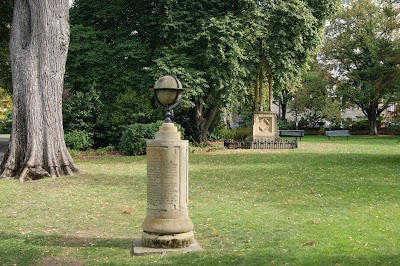 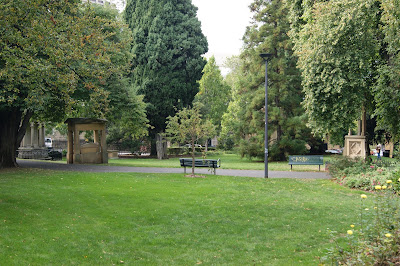 A beautiful recreation area in the middle of Hobart and a wonderful reminder of the town's colonial past and of those early settlers who made Ol' Hobart Town what it has become today!
Posted by geoff ritchie at Thursday, April 11, 2013