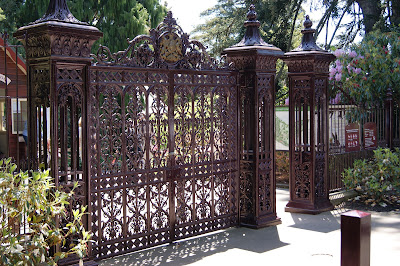 The Royal Tasmanian Botanical Gardens, which cover an area of approximately 14 hectares (34.6 acres), were established in Hobart in 1818 (making it the 2nd oldest gardens in Australia, behind Sydney) and are located within the Queens Domain. The Gardens hold historic plant collections and a large number of significant trees, many dating back to the nineteenth century. It also has an increasing number of important conservation collections of Tasmanian plants, of which the King's Lomatia is one of the most unusual, and the world's only Subantarctic Plant House. Here, plants from subantarctic islands in high southern latitudes are displayed in a climatically-controlled environment, where chilly fogs and mists mirror the wet, cold conditions of their island homes. The plants of the Subantarctic Plant House have been collected by Gardens staff and associated scientists on field trips to Macquarie Island. 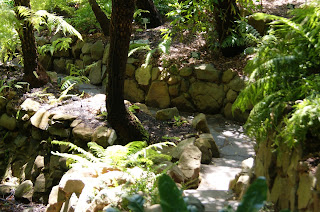 Established in 1818, the RTBG is the second oldest botanical garden in Australia after Sydney. Developed on the site of Hangan’s Farm on the banks of the River Derwent, the number of nearby middens attests to a rich and far longer history of human habitation. At first they functioned as the lieutenant-governor's garden, with limited public visitation during the first superintendent William Davidson's time. Like other colonial era botanical gardens, the RTBG played a vital role in the early establishment of the colony as a central point for the introduction and dissemination of food producing plants for the growing settlement. 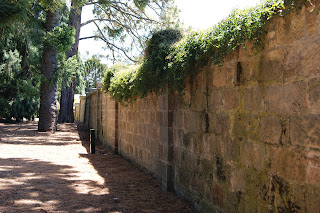 The RTBG boasts strong links to Tasmania’s convict past, with convicts providing much of the labour for the early development of the gardens Many of the older structures were also built with convict labour, including the Arthur Wall, one of the few heated walls in the Southern Hemisphere, and the Eardley-Wilmot Wall, which was rumoured to have been built to keep out locusts! 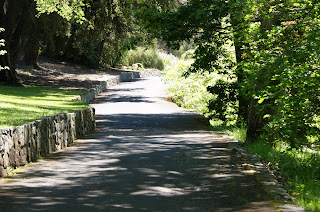 For many years convict labourers and garden superintendents lived side by side at the gardens, but while the history of the garden’s former superintendents and directors is reasonably well documented, very little is known about the convicts who worked on site. 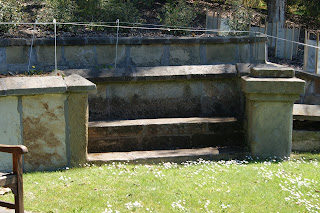 The Gardens contain some of Tasmania's most significant built heritage. These structures form the bare bones around which the Gardens have waxed and waned over the years Important structures include the Superintendent's cottage (now the Administration Office) closely followed by the Arthur Wall which Lt-Governor Arthur had built in 1829. This wall, of a design common in Britain, is hollow and capable of being heated to encourage the growth of fruit trees planted beside it. Nobody had done their homework on Tasmania's climate, so it was soon discovered that fruit trees did very well without any help, and the wall was never used in this way. Arthur requested seeds and plants and in 1829, in response to his initial request, possibly both were sent, primarily 'forest' trees, grasses, grains, and nuts. 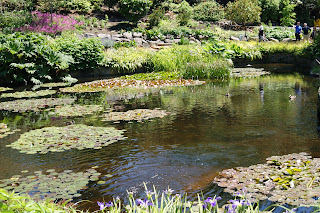 At the northern end of this wall stands another cottage, built in 1845 originally for the head gardener, but which has since been a porter's lodge, overseer's residence, tea rooms, board room and administration office. Shortly before that, another brick wall, the longest convict built structure in Australia, transected the landscape from north to south. This is the Eardley-Wilmot wall, which legend states was built to keep out a plague of grasshoppers. Another early structure was the Lily Pond, formed by damming a stream from the Domain, and initially used for irrigation. It was not until 1878 that the spectacular set of wrought iron gates made in the north of England were installed. The Conservatory was constructed in 1939. 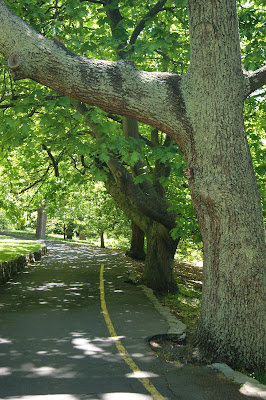 By 1844, responsibility for the Gardens had been transferred to the new Royal Society of Van Diemen's Land. FW Newman was appointed Superintendent in 1845, and probably commenced the pinetum and the collection of conifers for which the garden is widely known. This pinetum was expanded under Francis Abbott (1859–1903), with certain conifers arriving almost at the same time as they were introduced into England, Norfolk Island pines and tree fern plants were exported overseas as exchange plants while exotic trees and shrubs were sent back, and rose varieties and orchard trees were consistently added to.
Plant distribution by the Royal Society to public places and private gardens within Tasmania also occurred, its legacy immense. Franklin Square, Low Head Pilot Station and the Salmon Ponds are examples of this distribution. In 1856, a plan attributed to William Porden Kay appeared for the Gardens, probably allowing for a parterre garden section, promenade walks and orchard, and the major part was implemented. 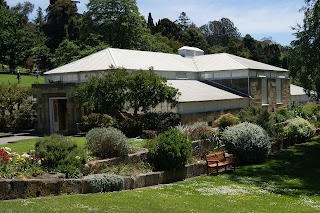 In 1939 the Conservatory was built and during the 1970s, more land was acquired and a Japanese Garden and French Memorial Fountain were created. The Royal Tasmanian Botanical Gardens are intimate gardens which reflect the botanical scientific input of managers across time, coupled with the flavour of a nineteenth-century Victorian park space. The Gardens have an annual tulip festival and other colourful displays; those in the Conservatory are unique. Recent construction in the Gardens reflects the changing focus of botanic gardens worldwide, providing facilities for the delivery of education, interpretation, conservation and research programs.
Highlights to visit include: The Japanese Garden, The Rainforest & Lily Pond. 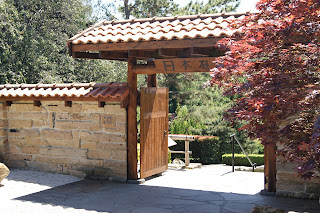 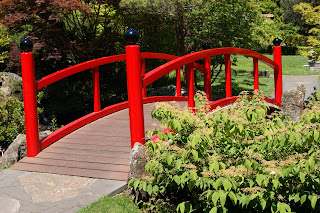 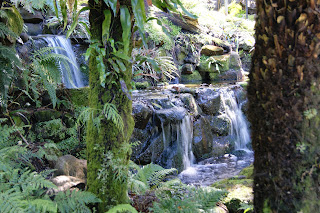 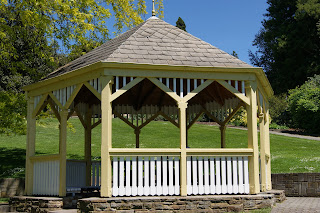 And especially for the kids and young at heart, you cant go past having a ride on the Steam Carousel. This 1882 Steam Carousel was lovingly restored for the Tasmanian children and families over 5 years in Kingston, just out of Hobart. After touring tasmania's best and biggest shows and events it has entertained hundreds of thousands of tourists and local tasmanians alike. From the Taste of Tasmania, to the Sydney to Hobart Yacht race, and every year on Constitution Dock for 10 years over christmas/new years the ride is a shining beacon of history that Tasmania has loved and appreciated since its rebirth. Now settled in the Tasmanian Royal Botanical Gardens where it continues to provide enjoyment and exhiliration for kids, adults and grandma and grandpa. 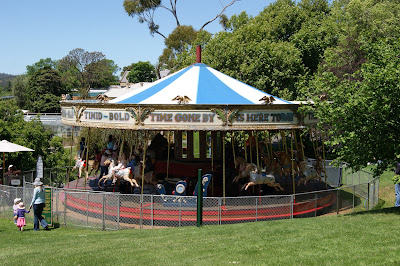 Update 18/11/14 - Thank you to Bruce Lewis for notifying me that the Steam Carousel is no longer operating in the Botanical gardens. A real shame!