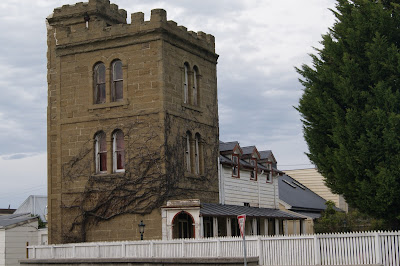 I haven’t been able to find too much information regarding this unique building originally constructed as an out-of-town residence with a major Irish influenced tower. This building forms a unique construction with Colonial, Irish and American design influences blended in a skilful design by James Blackburn and was erected in approx 1845 for William Rout. William Rout had purchased the property on the corner of the Main Road from Hobart Town to Launceston (today's New Town Road) and the roadway that is today's Tower Road in May 1845. The Towers became Rout's main place of residence and he lived there until his death in December 1868. 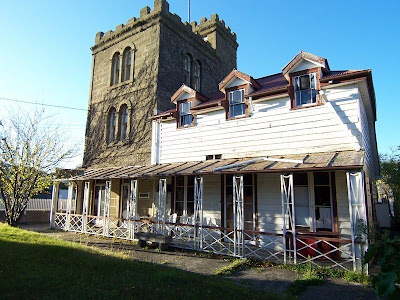 Rout's obituary described him as 'a most active and useful colonist'. Rout ran a successful ironmongery business on the corner of Elizabeth and Bathurst Streets in Hobart, and was also a director of the Bank of Van Diemen's Land and the Tasmanian Steam Navigation Company.  Rout took an active interest in public affairs and was a founding member of the Australasian League which campaigned for an end to transportation.  Rout was also heavily involved in organizing Hobart's Ragged Schools which provided basic education for neglected children and helped keep them off the streets. 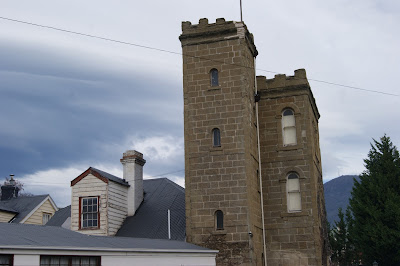 In his will, Rout left The Towers and other properties to his youngest son, Charles Beecher Rout, and his widow, Sarah.  Sarah Rout lived at The Towers until about 1885 when she moved to 'Brookside', adjacent to the New Town Rivulet.  The Towers was then rented out, initially as one property, and then from about 1900 as two separate properties - The Towers and Tower Cottage. 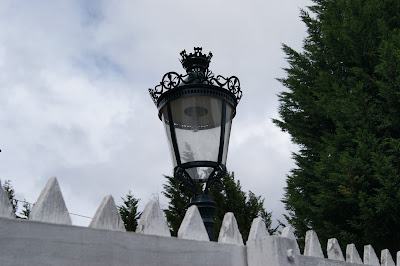 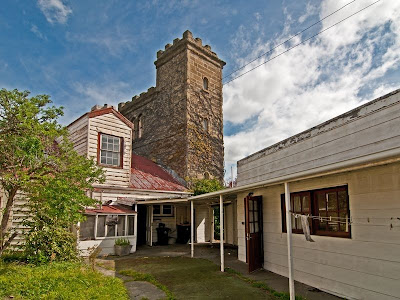 The Rout family sold the property (The Towers and Tower Cottage) in October 1914 and it had a series of owners during the next few years before John Basstian sold The Towers to Robert Burns and Tower Cottage to Harriett Drummond.
The Burns family were long-term owners of The Towers and after World War II they converted it into two flats.  Information that I have been able to find indicates that the building was recently occupied (as of 2009) by a community service organization and in the not to distant past, the property was up for sale. 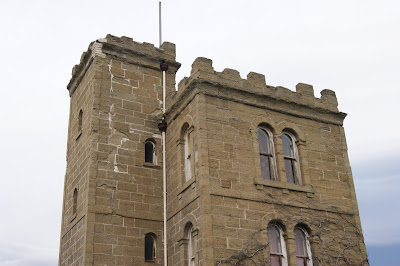 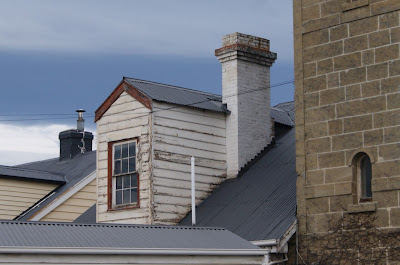 If anyone has any more information regarding the history of this unique building, please leave comments as it’s a very interesting design for the time it was constructed and I for one would be very interested in finding out more about it.