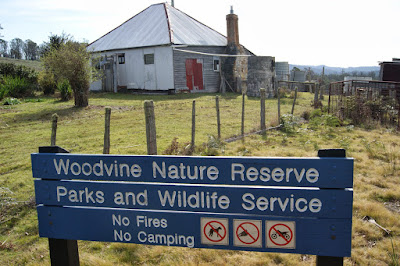 Woodvine Farm is situated in south-east Tasmania, about 45 kilometres east of Hobart.
In 1998 Mr Herbert Ernest Shaw donated his 377 hectare property “Woodvine” to the Crown, on the condition that it was to be made a reserve in order to protect the animals that lived there. Prior to proclamation, the property had belonged to his family since it was first settled in 1861 and was handed down to Mr Shaw on the death of his great-uncle, Edgar Long in 1977. The Woodvine Nature Reserve was subsequently proclaimed on 25 June 2001. 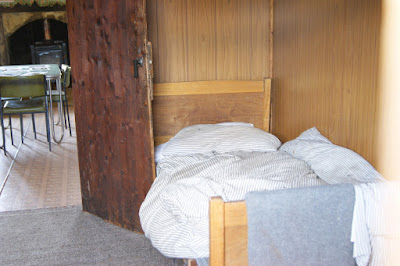 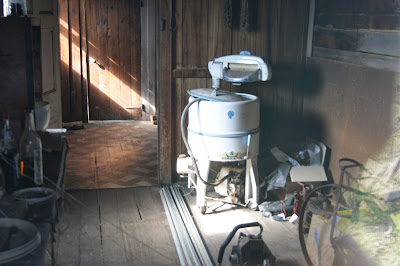 Mr Shaw had a residential license over the property and was the only person in Tasmania living in a nature reserve. Ernie Shaw died on 5 August 2005. Specifically, this site includes a small c1862 slab house converted to a shearing shed, a modern shed, grave site, c1890 cottage, blacksmith shed, outhouse, tractor shed and garage, old stables, shed by the main gates and the small shed used as a petrol store during the 1940s. 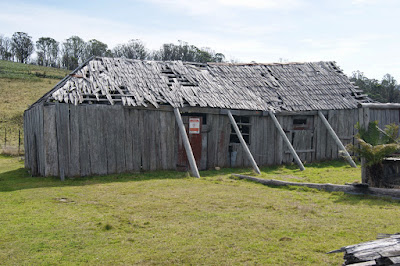 Mr Ernie Shaw’s great grandparents Daniel Long and Elizabeth Tustin married in 1861 and moved to the selection in 1862 and established a farm. They had 14 children there, 13 of whom lived to adulthood. Daniel’s father (also a Daniel) had been the licensee of the Plough and Harrow, a hotel in Sorell, from 1826. The land was selected under the Waste Lands Act of 1858. This Act introduced a policy of free selection of land before survey by small holders, up to 320 acres, in previously unsettled areas. These selectors were early pioneer families of Tasmania and it was hoped that they would clear virgin forests and help break up some of the large estates. Elizabeth was a midwife for the area and had 14 children herself, 13 of whom lived to adulthood, Oswald (born and died in 1885) is buried close to the original 1861 slab house in the enclosure under the fuchsias. 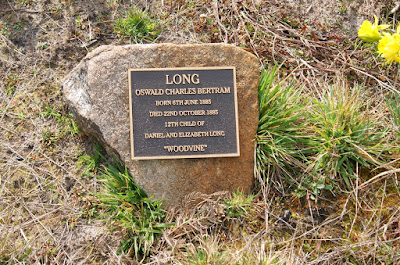 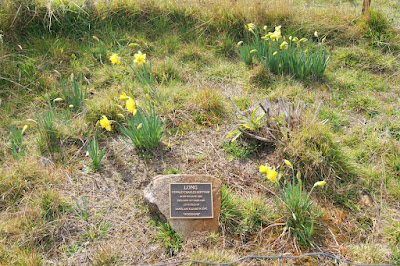 Edgar Long, son of Daniel and Elizabeth, lived on the property with two of his sisters Mary and Ella who together brought up his grand nephew Ernie Shaw. The farm income was derived primarily from wool and from the orchards grown in the vicinity of the farm buildings. The complex of farm buildings including three dwellings and a (collapsed) blacksmith’s shop has the potential to yield a great deal of information about the lives of early settlers. 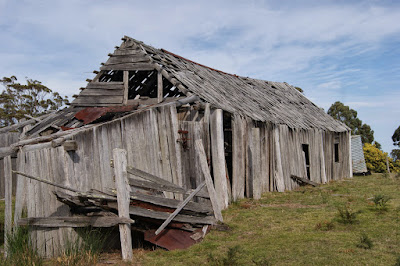 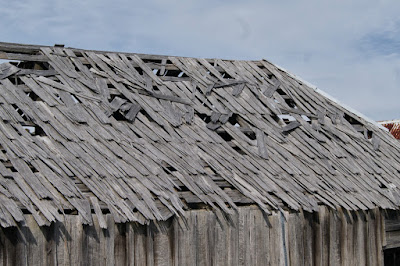 The earliest building in this complex is the original small slab house c.1862 with a hipped shingled roof and an extension at one end. It had been converted into a shearing shed. 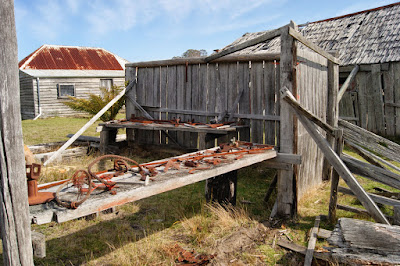 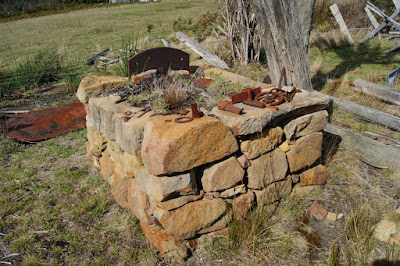 Adjacent to it is a slab blacksmith's shop with a shingled gable roof and a stone forge. 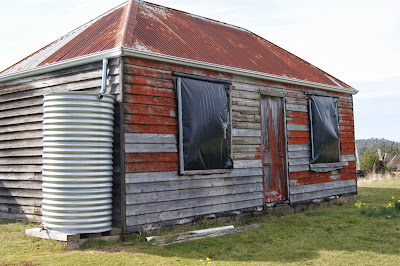 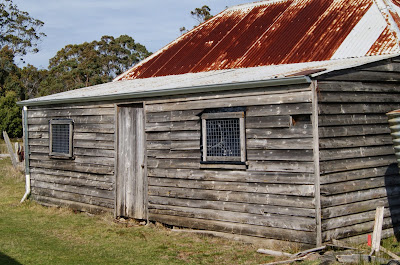 The older c1890 timber cottage had not been used for 50 years except for shearers, but was full of movable items from a device for getting iron tyres off carts, to a boot last and a yoke that was used to carry 2 buckets of water from the creek. It was taken over by the repatriation hospital for returned soldiers during the First World War. 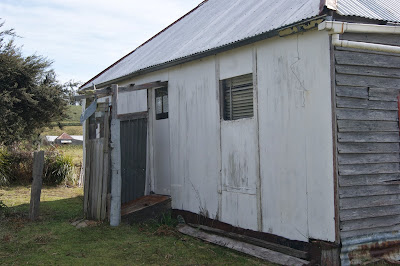 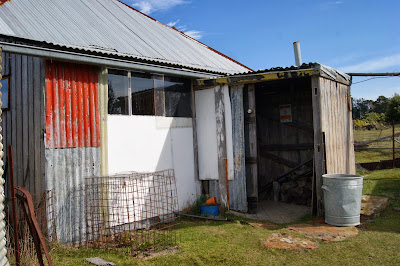 The main cottage was erected in 1902 and was Mr Shaw’s home until 2003 when he left Woodvine due to health issues. They had no bath, tanks or inside toilet, and the outside toilet was 50 metres away. The chimneys were painted with pipeclay using brushes made from cut grass. Electricity was not connected until 1983, and by that time Ernie was the sole occupant. Before this, kerosene lamps, candles and a fuel stove were used and the cooking was done on the open fire in saucepans and a kettle. A brick outdoor oven was used until about 1965. "If you couldn't hold your hand in the oven while you counted to thirty, it was too hot. When it was raining you would have to hold an umbrella in one hand while cooking at the oven" (Ernie Shaw quoted in The Sunday Tasmanian, 26-8-2001). 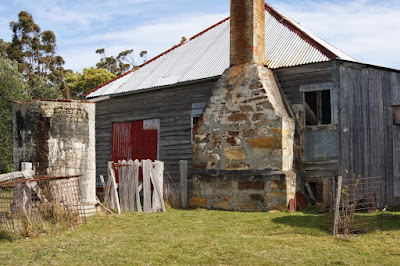 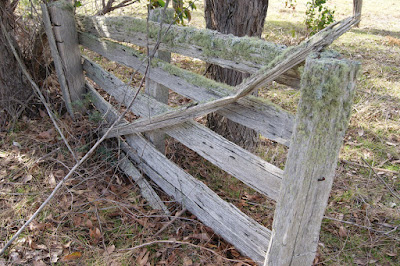 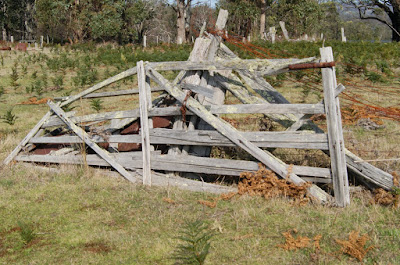 There are timber fences remaining throughout the reserve which demonstrate early construction techniques. Most of the portable cultural heritage items have been placed in safe storage including larger items of farm machinery, some remaining in the reserve and an extensive inventory reveals an outstanding collection of personal effects and memorabilia from several generations of the families who lived at the Woodvine property. The appeal and strength of the collection lies with the depth of information it provides about one of the State’s pioneering farming families; their longevity on the Woodvine property and within the district; and their ‘make-do’ philosophy. 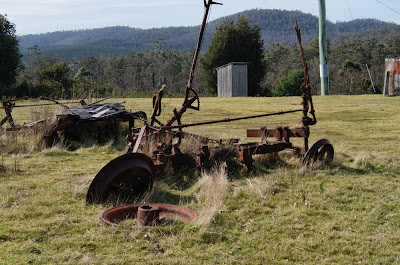 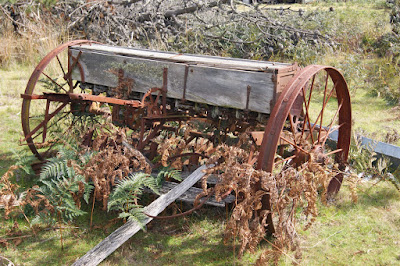 Woodvine is a farm complex which was owned by several generations of predominantly unmarried members of the same family, living in a manner that reflected their forebears and resulted in a unique cultural snapshot of a depression era family with material assets of both built structures and movable items connected with the running of a primarily self-sufficient and isolated farm. 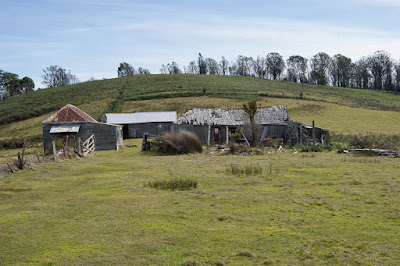 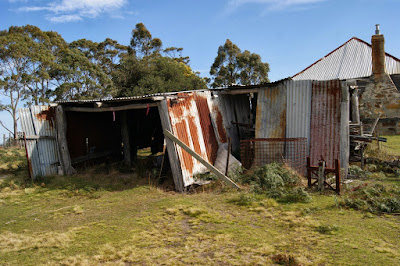 Woodvine is an artifact of continuous human occupation and as the site was complete with machinery, hand tools, household items and photographs, it is therefore, a time-capsule of how life used to be in Victorian and Federation Tasmania. It’s as if the owners only walked away yesterday. 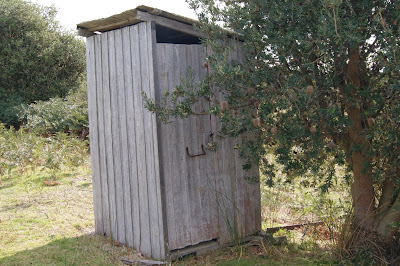 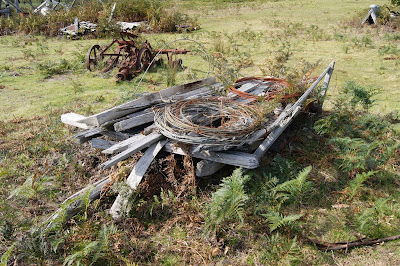 It is a wonderfully serene place to visit and one can almost feel the presence of old farmers going about their daily business in these idyllic surroundings.