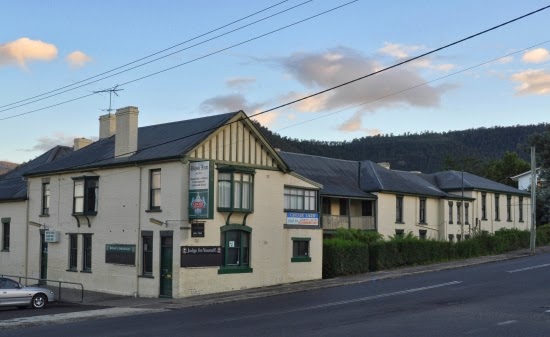 As originally built, the Bush Inn at New Norfolk was a typically English Inn of the nineteenth century. 1823 the arrival of a most extraordinary woman, Ann Bridger, who would within a year be the proprietor of the Black Snake Inn, and a year later be destined to play a major role in the lives of so many people in the young town of New Norfolk, and in the development of the town itself. Ann Bridger, a widow, bought with her from England her son, Henry, and two daughters, £500 ($1,000) in cash and £200 ($400) in ‘various merchandise for investing in agricultural pursuits’, and a desire to succeed. 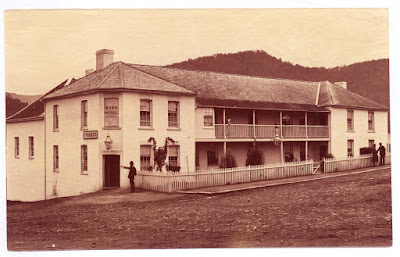 It didn’t take long before Anne Bridger had entered into a business in her adopted homeland, as the proprietor of the Black Snake Inn at Granton.  The inn had a reputation as being ‘a shady thieves’ kitchen’, but before long Mrs Bridger had transformed the inn to a respectable Public House.  It was known as the ‘halfway house’ to those who journeyed to New Norfolk. New Norfolk was one of the fastest growing areas of the Colony, and an astute business woman like Mrs Bridger would have looked upon that as a potential opportunity for making money.  This opportunity was realized when she decided to move her business and family there in 1825, to build the hotel still bearing the name of the Bush Inn, Australia’s oldest continually licensed hotel. 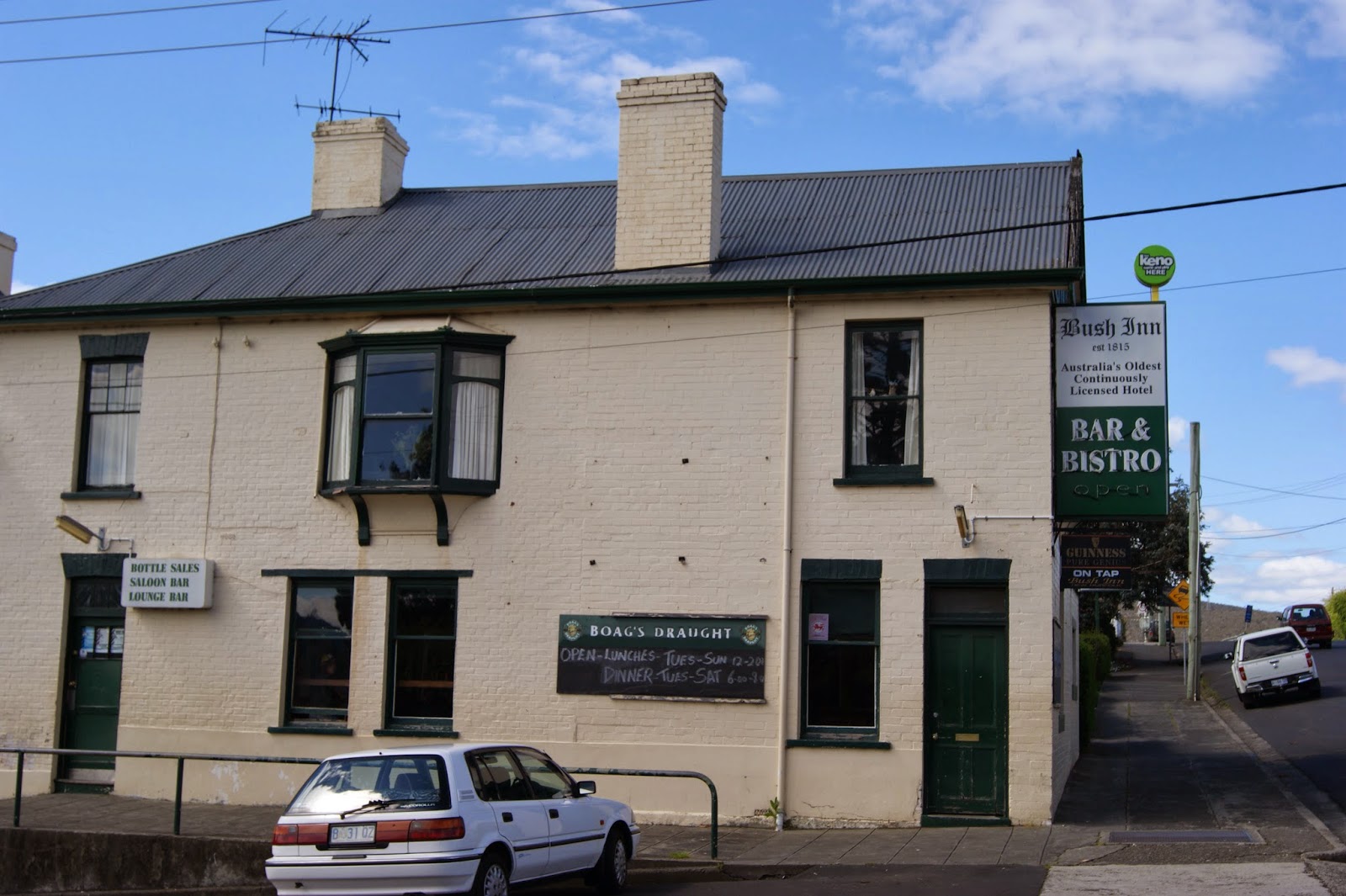 In the early days of the Inn, its rooms were used by many different local groups as it was the only substantial building in town at the time. A group of devout Methodists from the local area used to hold their services in the taproom of the hotel and the taproom was the meeting place for the group who gathered to discuss the building of a toll bridge to cross the Derwent. That was in 1838 and the first bridge was built in 1841. The Bush Inn also enjoyed Vice Royal patronage with Sir John and Lady Franklin being frequent visitors. Lady Franklin visited the hotel in 1837 after a boat trip from Hobart and planted a pear tree in the hotel's garden. The tree still bears fruit to this day. 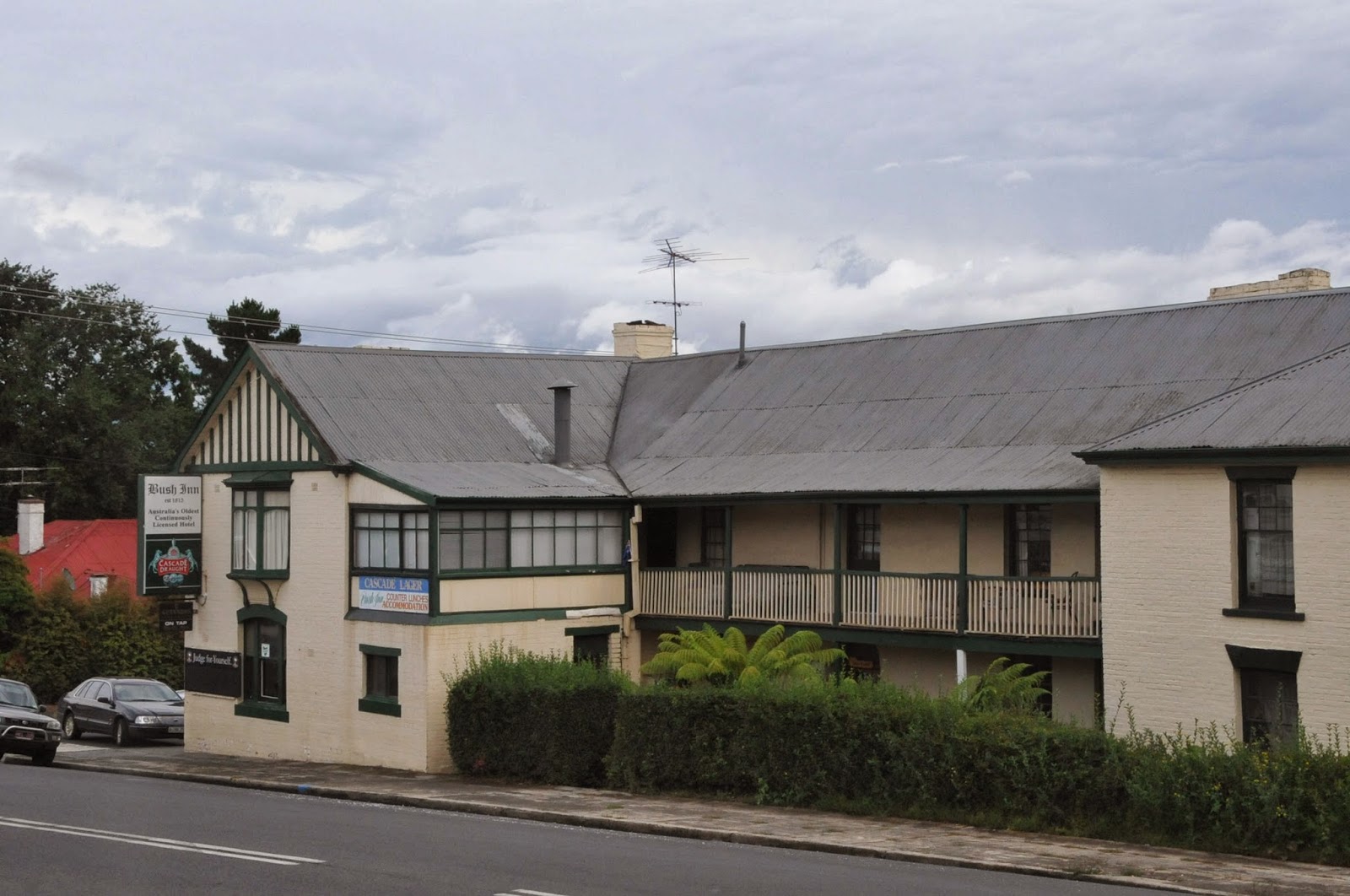 Inspired by the beauty of the surrounding countryside, it is generally acknowledged that Irish composer, William Vincent Wallace wrote the theme song to his famous opera, "Maritana" whilst he sat on the hotel balcony in 1838. This was just the first of a series of significant events that took place at the Bush Inn over the next 100 or so years. 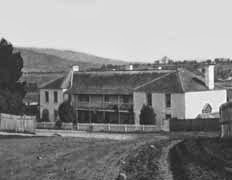 In 1888 the first trunk telephone call in the commonwealth was made by the then proprietor, Captain Blockey. This was made just 10 years after Alexander Graham Bell invented the telephone. When Dame Nellie Melba visited the hotel, she was surprised to discover that the theme song for "Maritana" had been composed at the hotel. To mark her interest in the special event, Melba sang the song for all the hotel guests who gathered on a stairway leading to her private suite to hear this one off event. 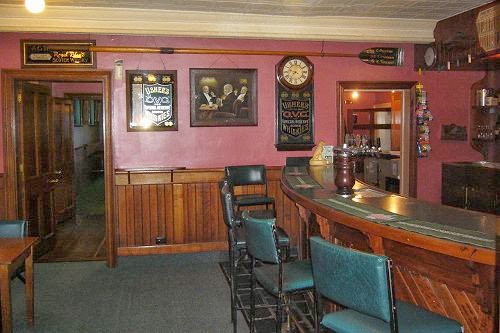 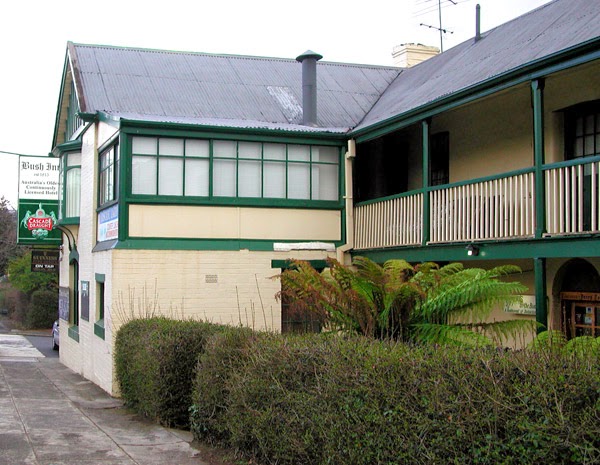 The Bush Inn is typical of many of the early Tasmanian roadside Inns built simply in the manner of the time. Frequent alterations and additions to the original building have given it a pleasing rambling character and , if anything, have enhanced its Old World appearance and atmosphere 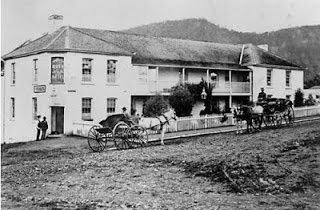