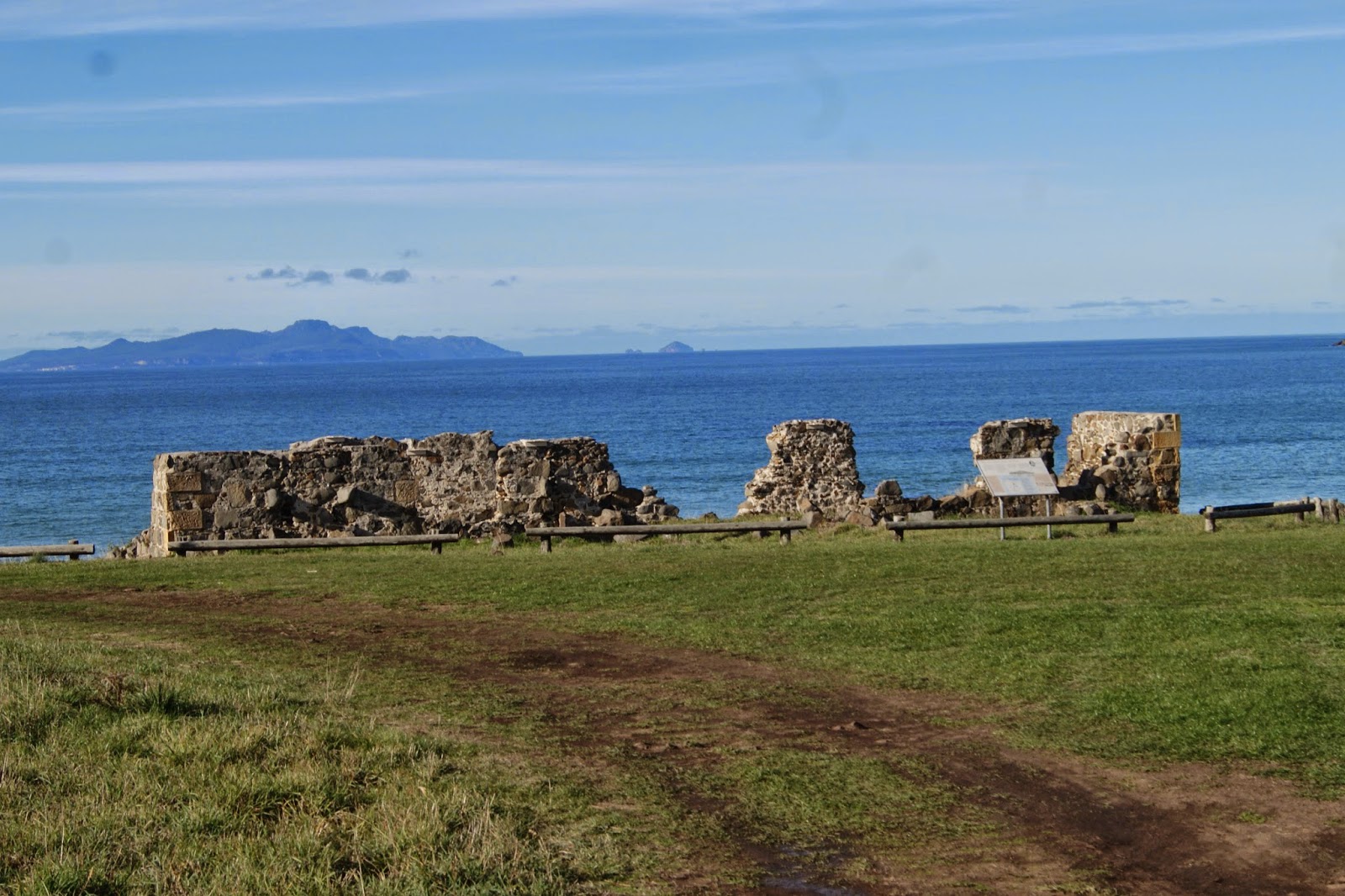 Salt was used in the early years of the colony for preserving food and hides. It was also used in the manufacture of articles such as soap and earthenware. Most supplies were imported from England at relatively high cost. The Lisdillon Salt Works were one of a number of small scale, speculative works established in Van Diemen’s Land to meet colonial needs. The site is one of only two early salt manufacture works in eastern Australia where substantial remains can still be found (the other being at Norfolk Island). The ruins here form an intriguing and highly significant part of the industrial heritage of Tasmania and Australia. 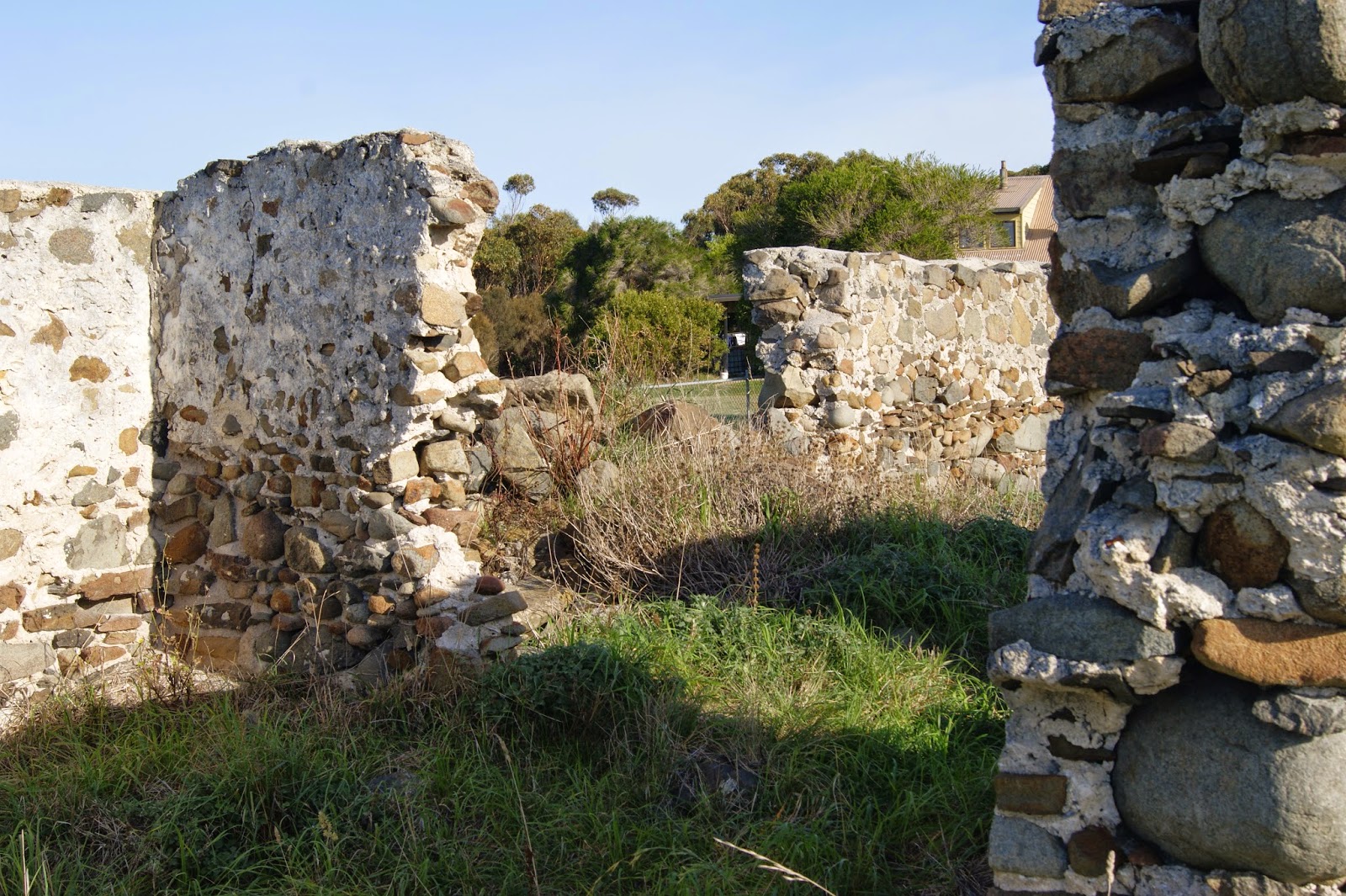 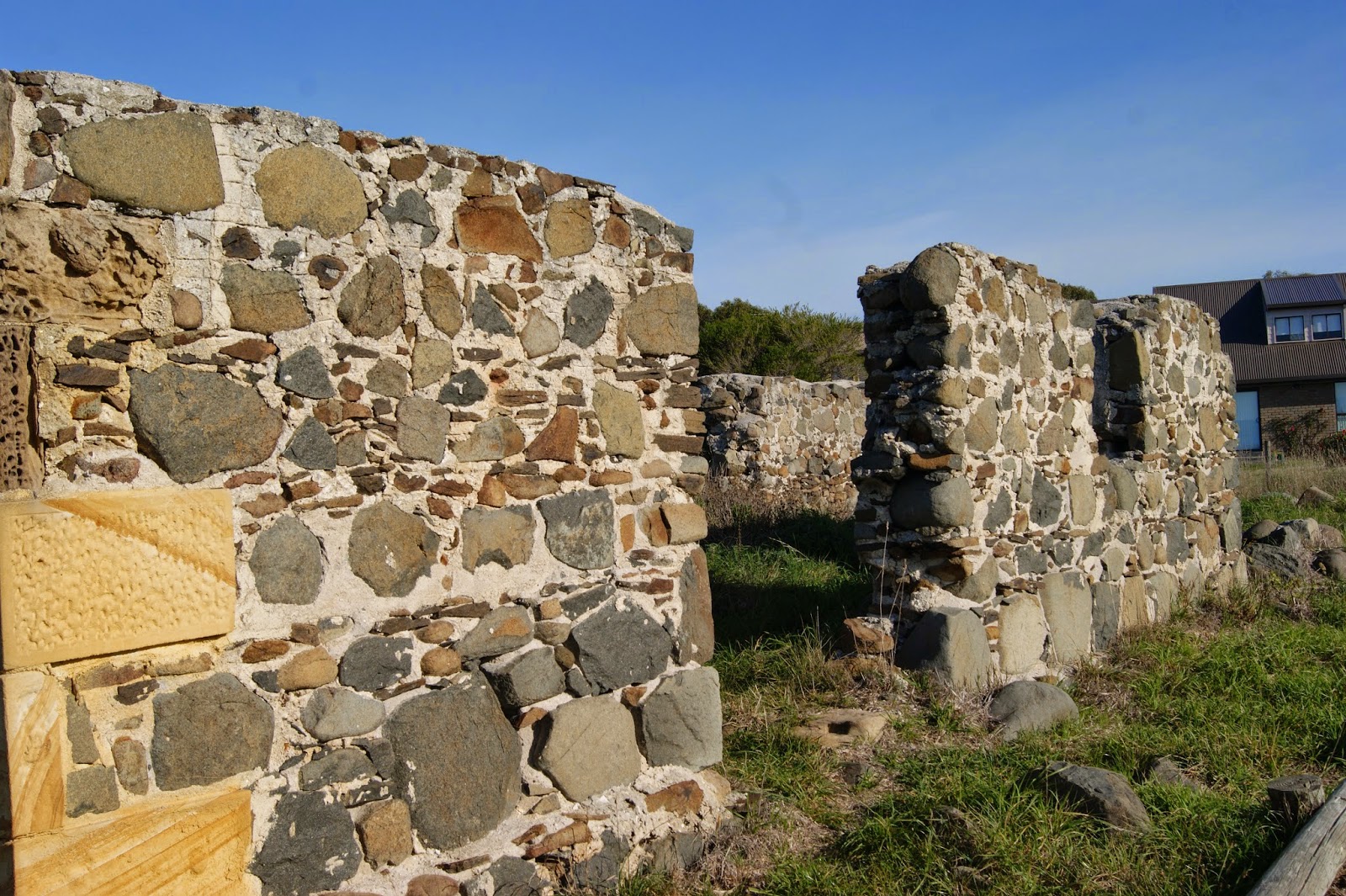 In 1819, James Radcliffe a settler was granted land at Little Swanport which he named 'Lisdillon'. In the 1820's he built a substantial two storey stone house about 3km north of the mouth of the Little Swanport River, which is still occupied today. Having established himself on his land, Radcliffe proceeded to establish a salt works, there being no other local supply than the salt lagoons of Salt Pan Plain. The salt works consisted of a large salt house, adjacent living quarters for the workmen, one (or possible two) shallow excavated tank(s), and at some distance from these, a cottage for the overseer and a windmill on a nearby rocky headland. 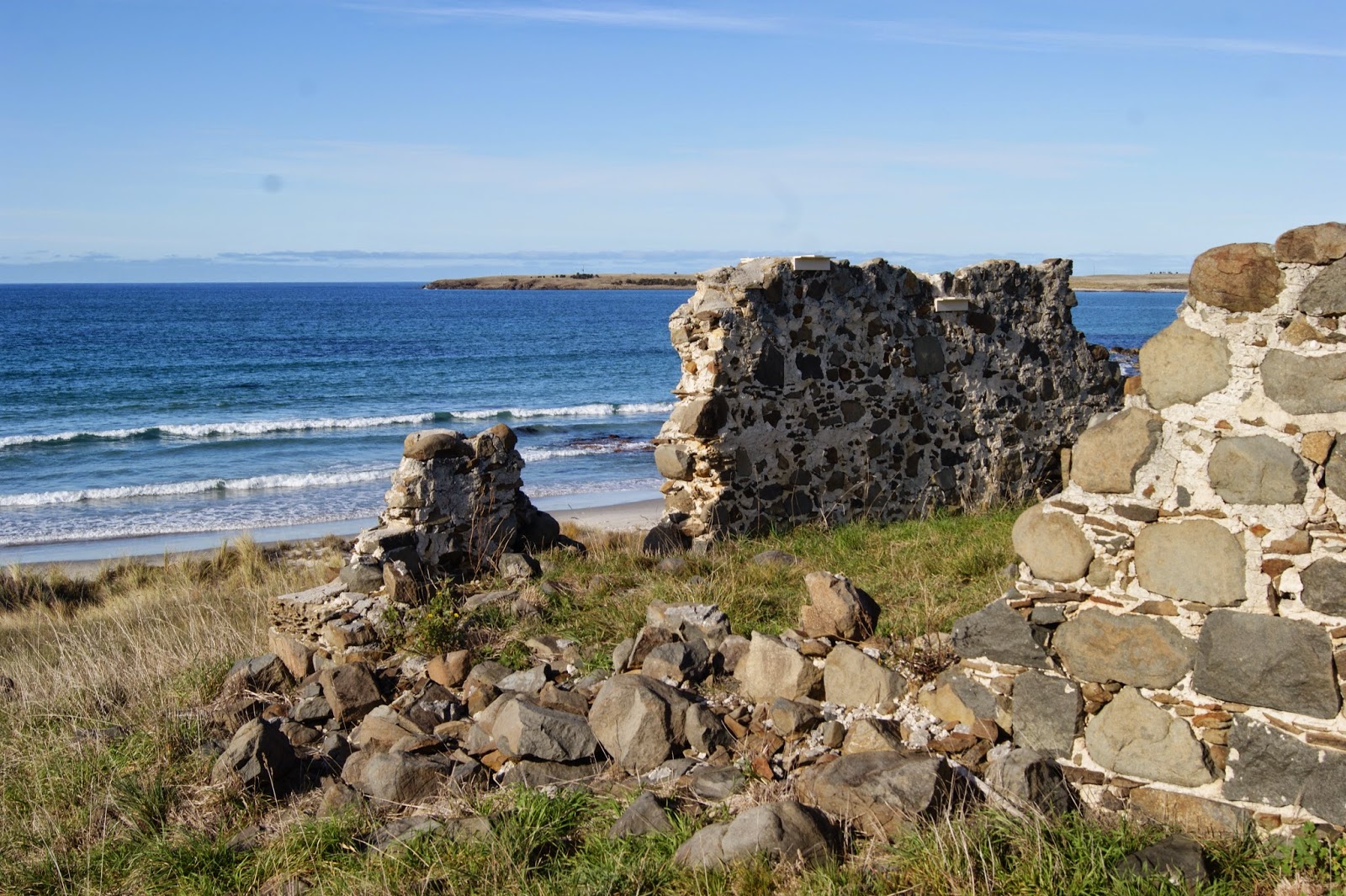 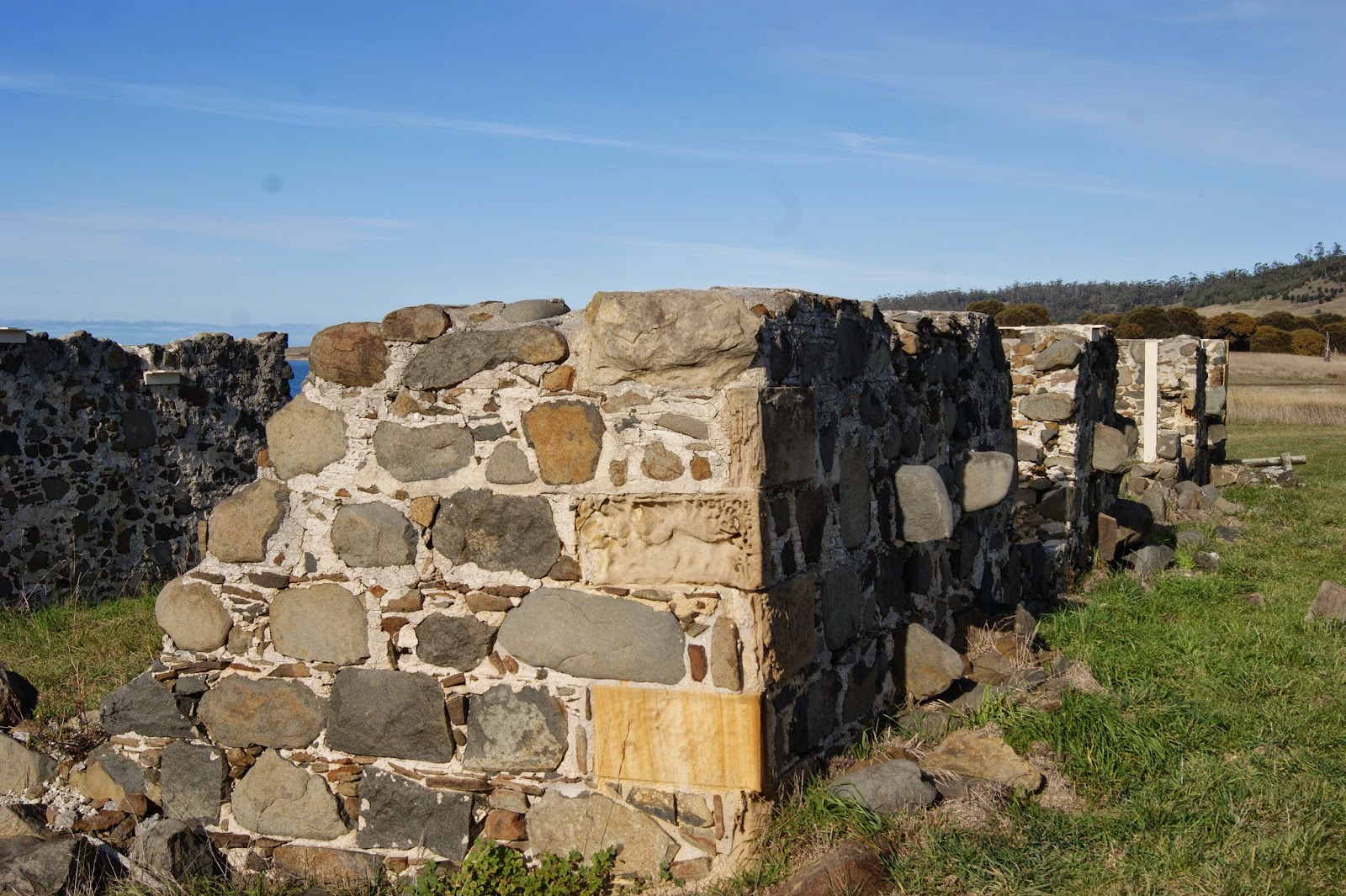 It was constructed under the superintendence of Herman Woolrabe, a Commissariat Officer stationed in Tasmania, but it is not known whether he was acting in his official capacity. It is of course possible that Woolrabe undertook the job as a private commission, or even that he had some financial interest in the project. A Mr Benjamin Berthon was made overseer of the works and occupied the cottage. 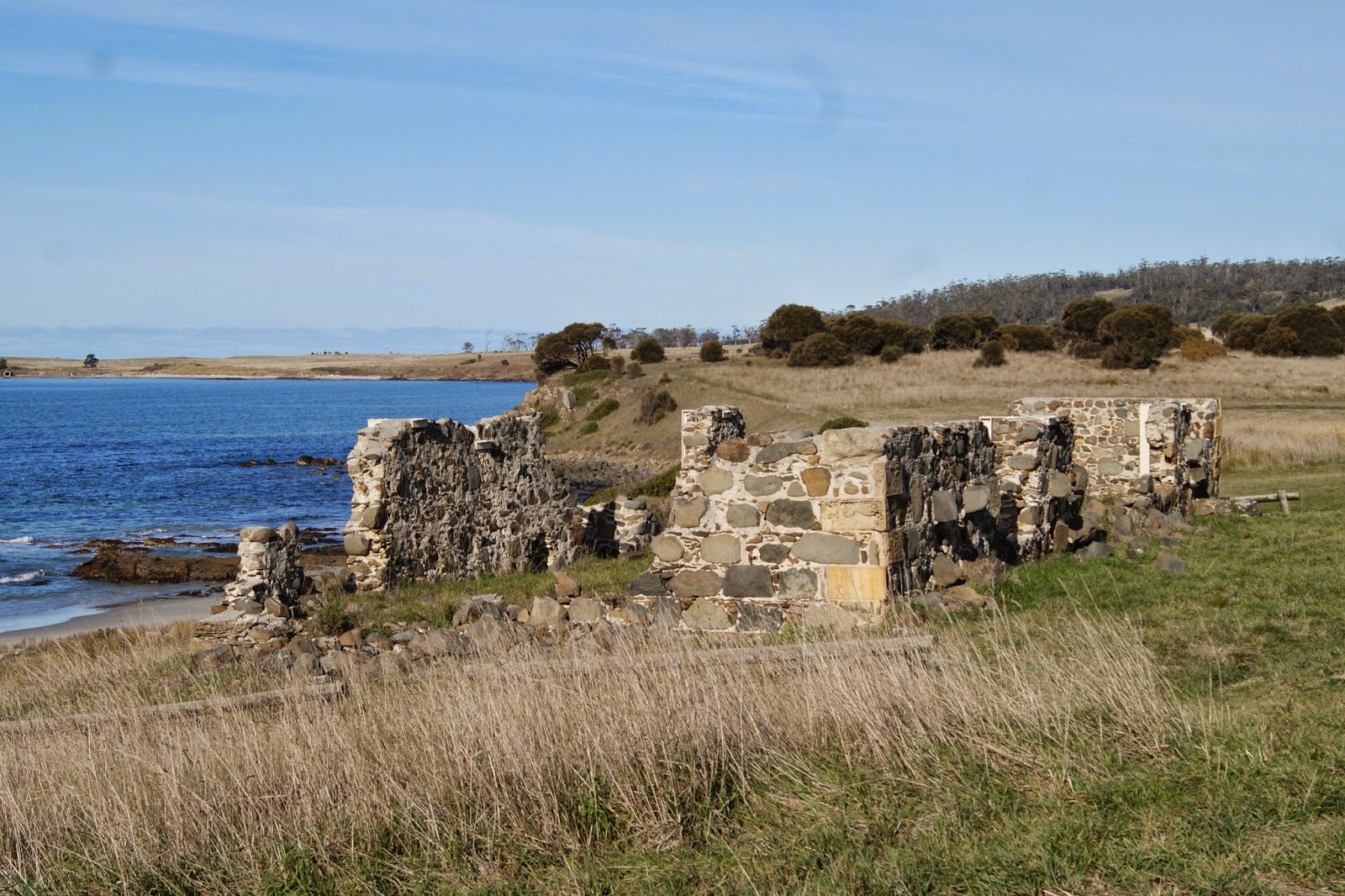 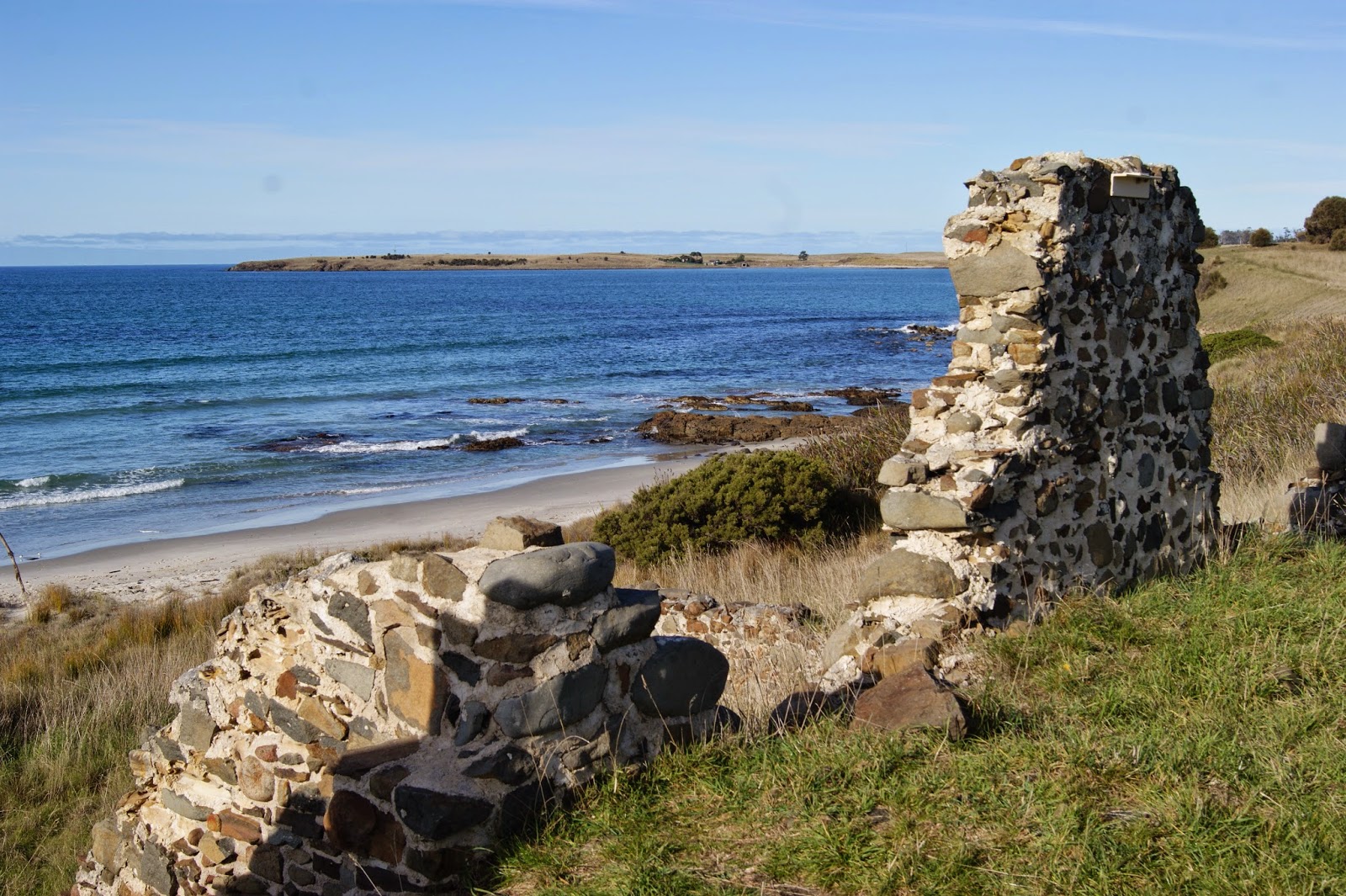 Although they operated only briefly in the late 1830s, the salt works established by James Radcliff at 'Lisdillon' were well-constructed and technologically innovative. Colonial salt works were generally established by entrepreneurs as adjuncts to other businesses, such as farming. They were often located on the owner's estates which were not necessarily the most suitable locations for salt manufacture. Most ventures, including Lisdillon, operated for only a short time and did not achieve commercial success. Other ventures were located at Bruny Island, Oatlands, Richmond, Hobart, George Town and Port Arthur. 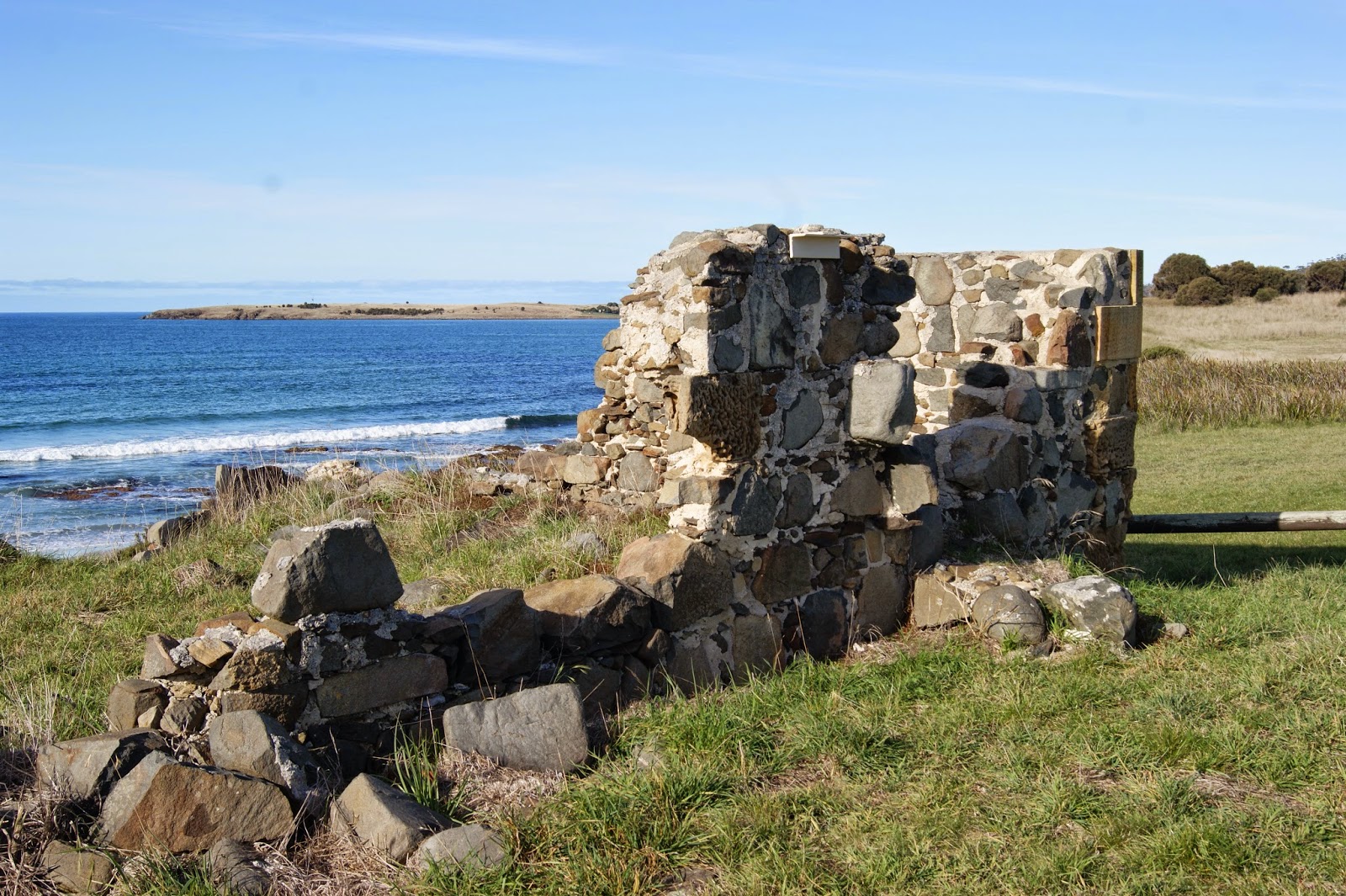 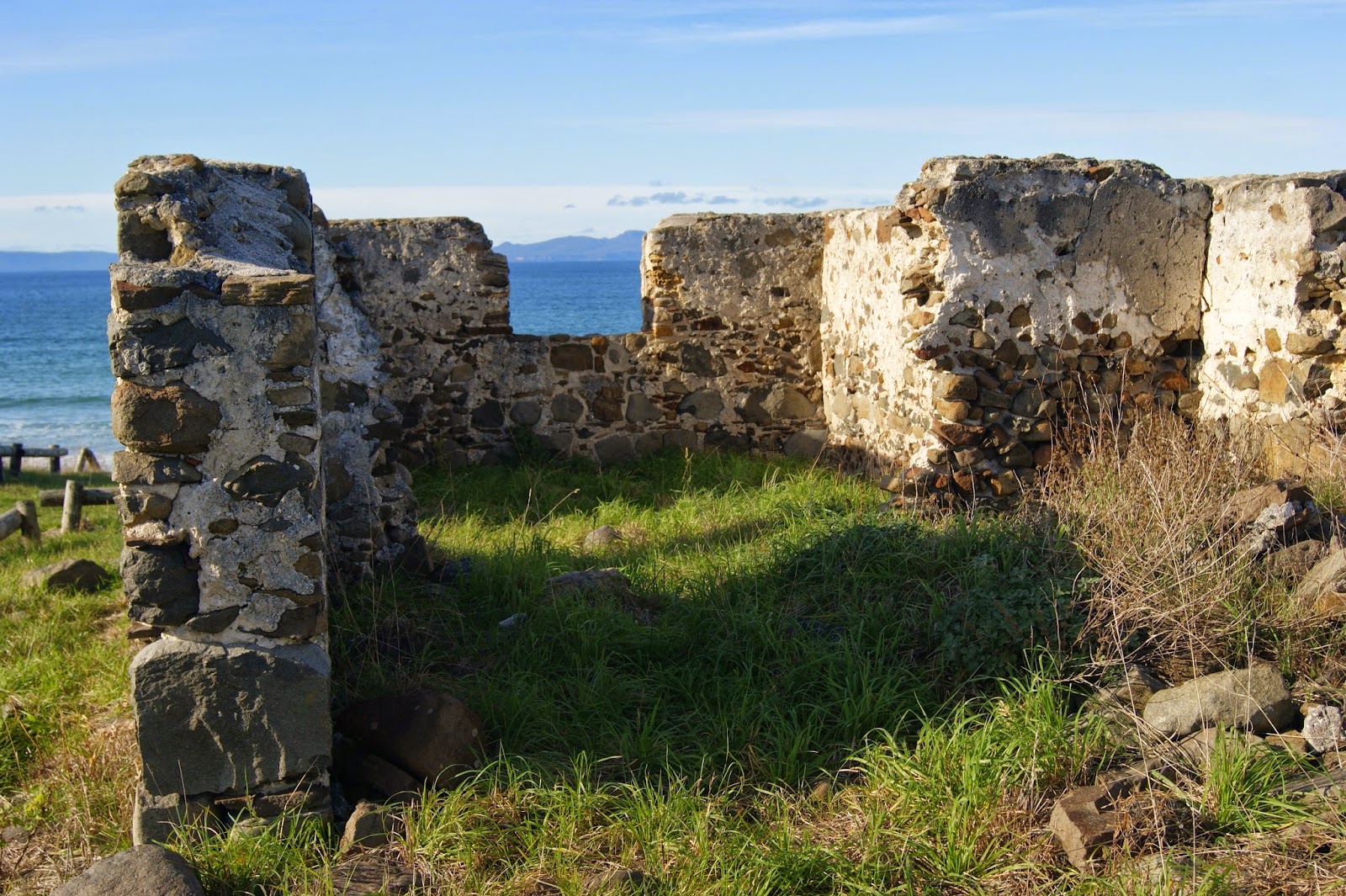 Radcliff's motives for establishing a salt works at Lisdillon remain obscure. It is most likely that he was responding to a need for the commodity in the local community. Once completed, the salt works were personally inspected by the Lt. Governor, John Franklin who was 'highly impressed'. He described Radcliff as an 'exceedingly industrious and useful settler'. 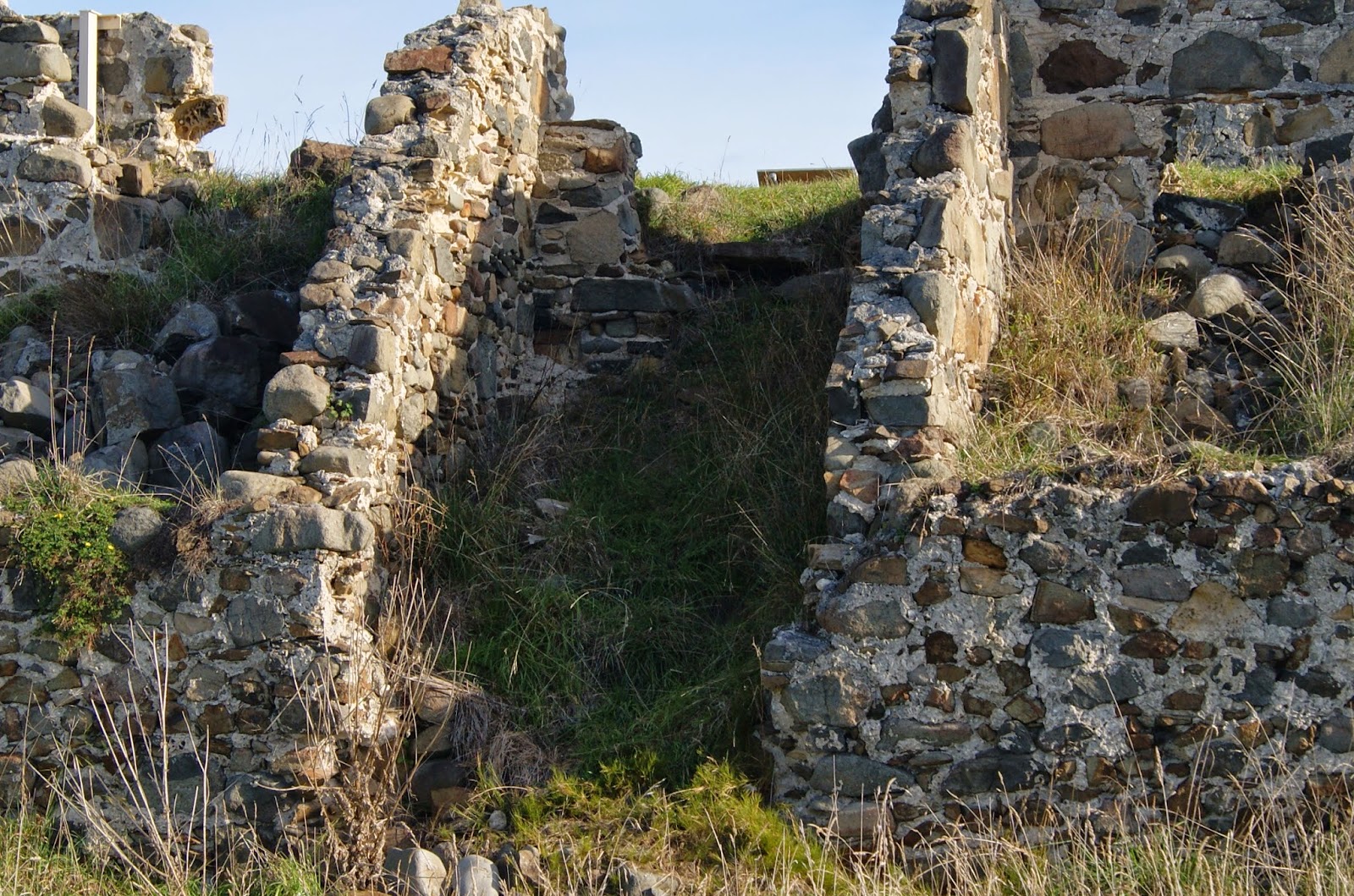 The process that was probably used at Lisdillon was as follows. Water was raised from the sea by use of the windmill. It was then conveyed through a channel to the salt house. Solids and other impurities would settle in the channel whilst sitting in the channel before use. The brine (or sea water) was drawn from the channel and gravity fed into the boiling pans using an open channel or pipe. There were three small pans used within the salt works. They were raised on hearths which were housed in the lower level of the salt works building. Their arrangement within the building suggests that each pan was used in a different part of the process, or for producing different grades of salt. 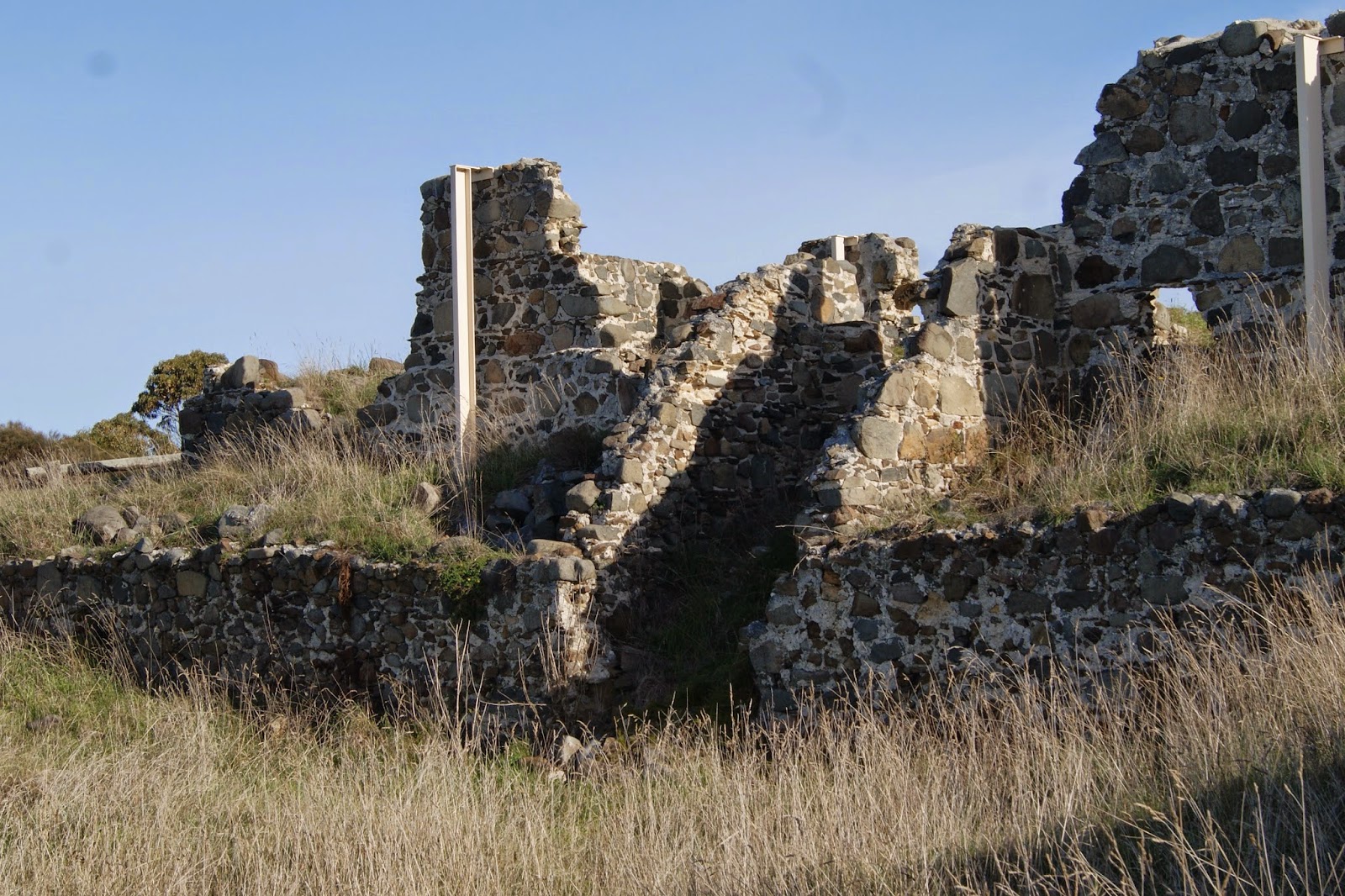 During the process, the brine would be brought quickly to the boil and then material such as egg white would be added to aid with coagulation. Once the salt had formed, it would be raked to the side of the pan, scooped into suspended buckets with holes in the bottom which allowed any residual liquid to drain back into the pan. The pan would then be refilled and the process repeated. The salt, once drained of liquid, was carried up the stairway to the salt store on the upper level. Here the drying process was aided by the underfloor flue system (Like a 19th century ducted heating system). The finished product was then packed in bags and readied for transportation. 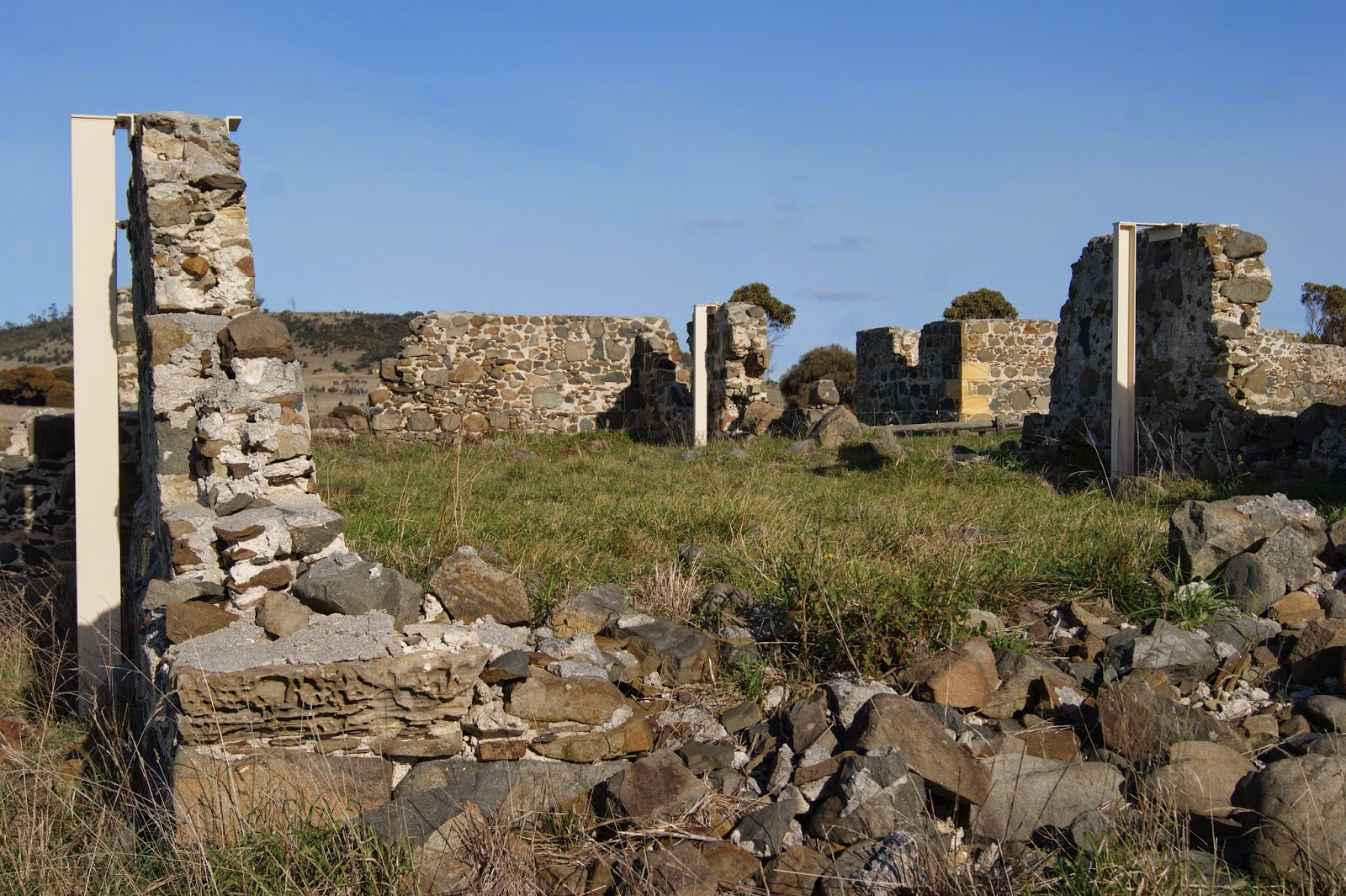 Despite his improvements, Radcliff repeatedly failed to gain an additional grant of land from the Government. In August 1838, after deciding to visit his homeland, Radcliff put the salt works up for lease. They were described as having been 'lately erected, and in 'full operation'. The salt works were not a commercial success, however, and by 1841 had ceased operating. There has been some conjecture about the reasons for their failure. The proximity to the mouth of the Little Swanport River may have led to the dilution of the sea water, thus requiring more labour and fuel to extract the salt. The withdrawal of assigned convict labour and the removal of an import duty on salt, both of which occurred in the 1840s, have also been suggested as reasons for the closure of the Lisdillon works. 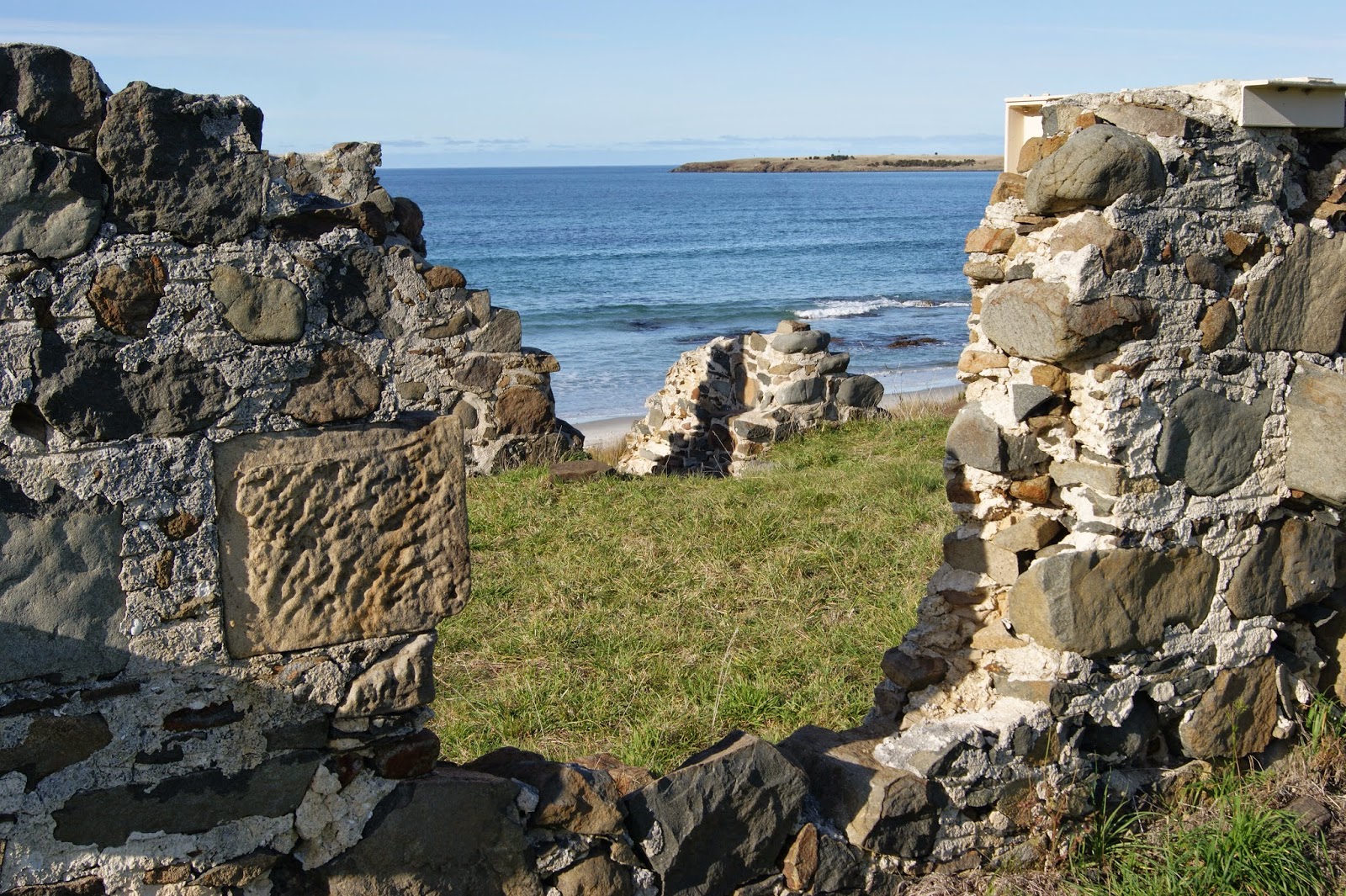 Radcliff returned to the colony in 1844 accompanied by his new wife, Anna Maria Butler. They resided at his property at Rheban. Finding it increasingly difficult to devote enough time to his interests at Lisdillon, Radcliff once again put it up for lease. By this time the Lisdillon estate had been expanded to about 7000 acres. A succession of lessees and proprietors managed the estate in the early 1850s. By 1854 John Mitchell had acquired the property thus beginning a long association between the Mitchell family and Lisdillon. John Mitchell, a surveyor, arrived from England on the Marinus in 1837. He was appointed Superintendent of the establishment for convict boys at Point Puer. Once settled in that position, he sent for his fiancee, Catherine Augusta Keast, to join him. They were married at Hobart's Old Trinity Church in 1839. In 1848 Mitchell resigned from Point Puer and by 1854 had acquired Lisdillon where he resided with his family. 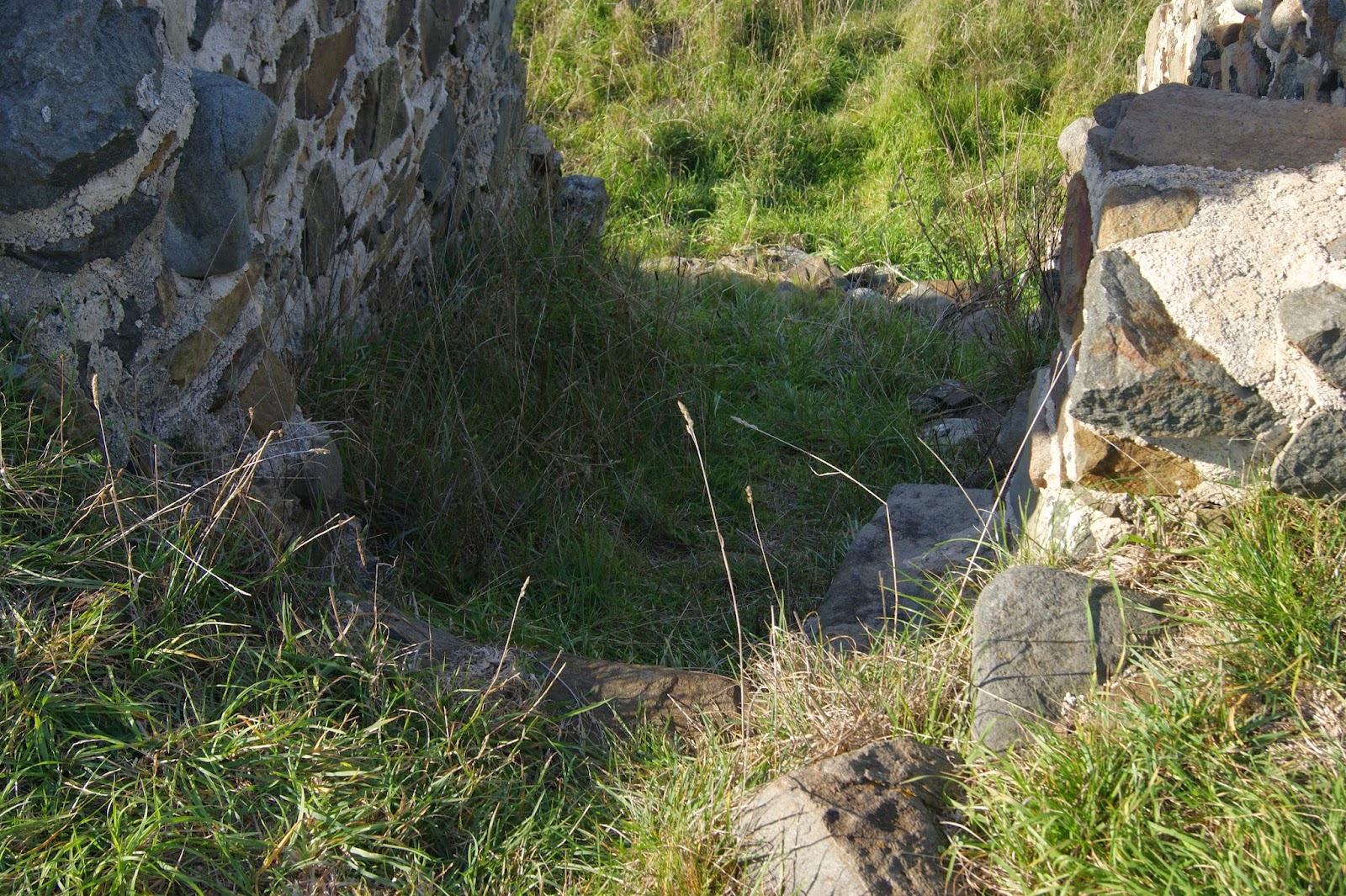 Under Mitchell's management Lisdillon prospered. He brought eight or nine families out from England to work as tenant farmers on the estate. A store, church, school room and post office were built to cater for the farmers and their families. Mitchell was soon able to acquire the neighboring 'Mayfield' property and other real estate in the district. The salt works were a popular resort for the Mitchell children. Miss Sarah Mitchell kept a journal and scrapbook which includes references to crops of beans and peas being grown at the salt works. Sheep were also shorn there and sailing ships often called in. James Dodge and his family leased the cottage at the salt works from 1873 to the early 1900s. After the death of John Mitchell in 1880, Lisdillon was left to his son, Mark. In 1896 Mark suffered a bad fall from his horse. He died a year later. 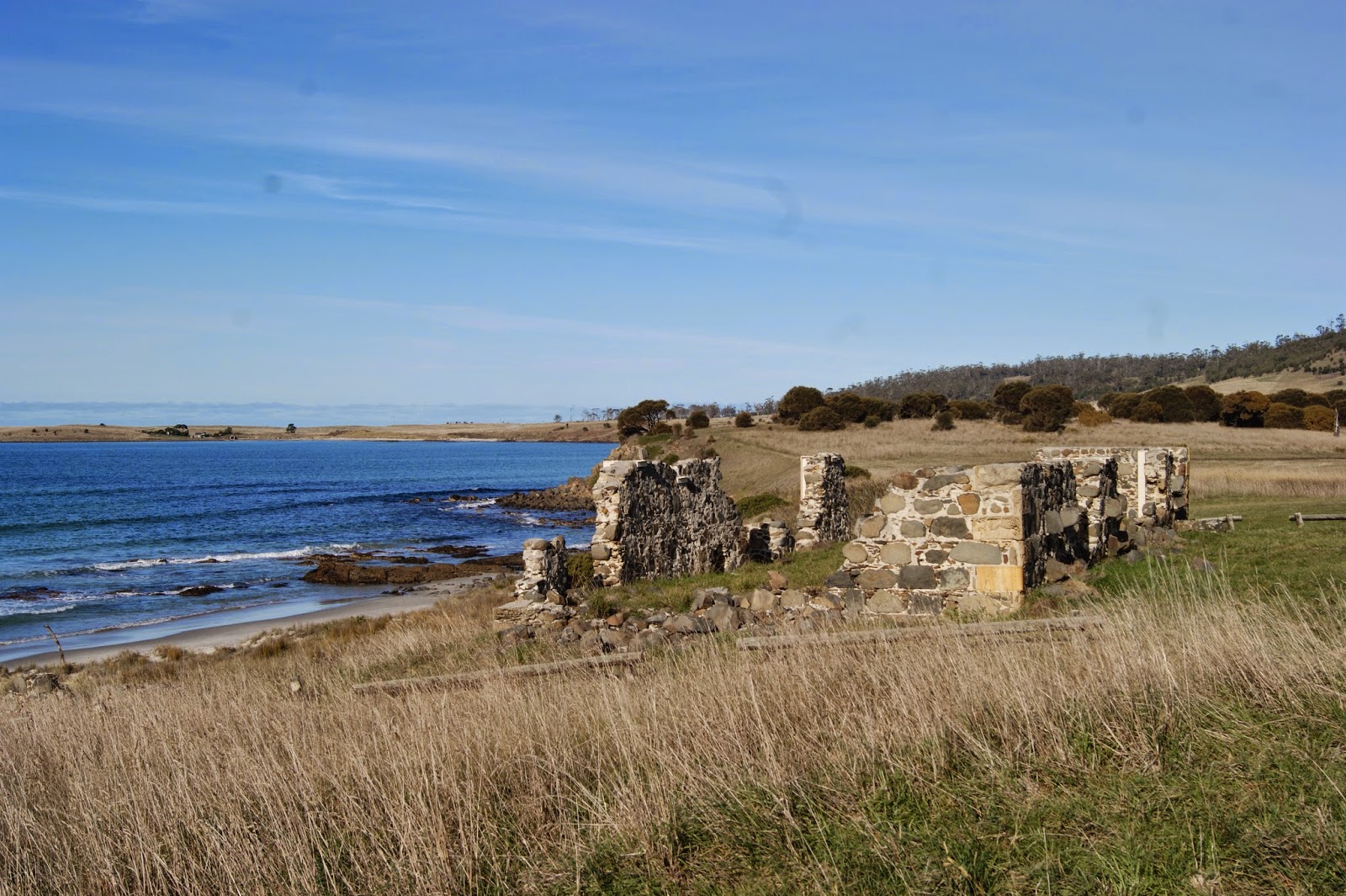 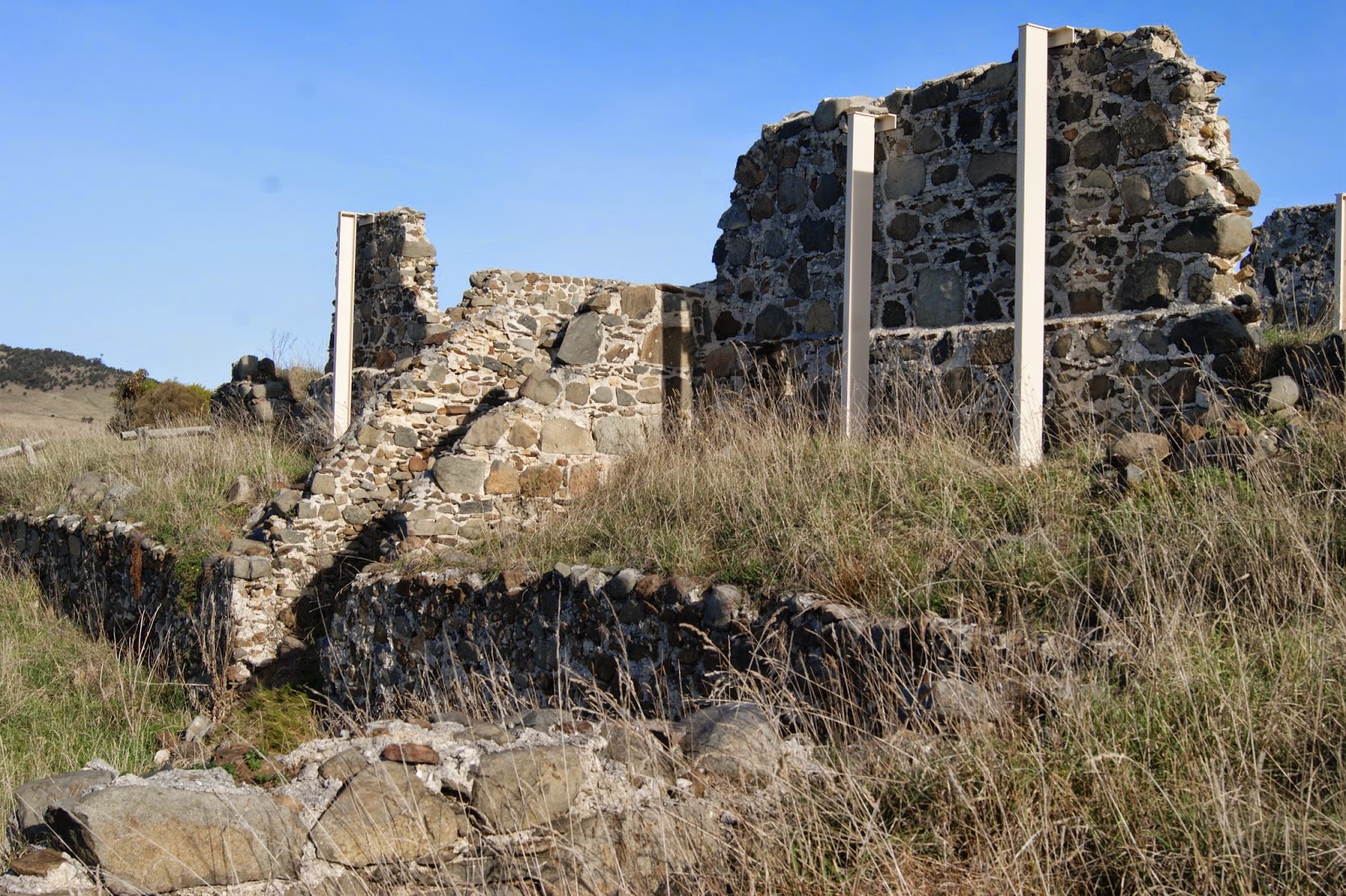 A succession of managers was then appointed to run the property. By the early 1900s the property was running into debt. The newly-appointed manager, Peter Wilkinson, removed the tenant farmers from the property, and the land was turned over to pastoral pursuits. All the cottages, including the one at the salt works, were deserted and soon began to deteriorate. In 1920 the Lisdillon estate was bought from the Mitchell family by Sir Henry Jones. His son resided there with his family for many years. John Hood acquired the property in the 1950s, before selling it to the Cotton family from nearby 'Kelvedon'. The land surrounding the old salt works was subsequently subdivided and sold. 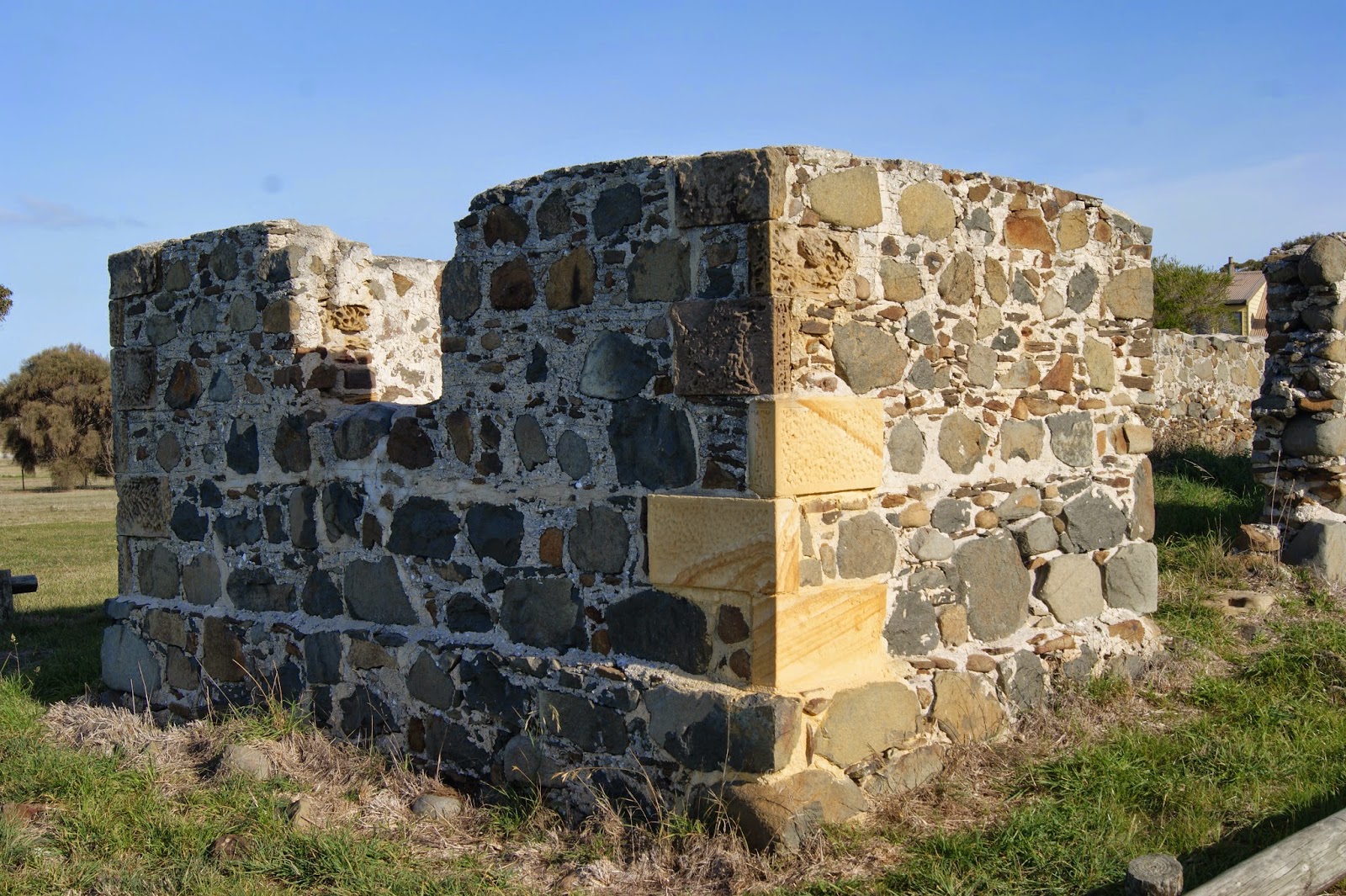 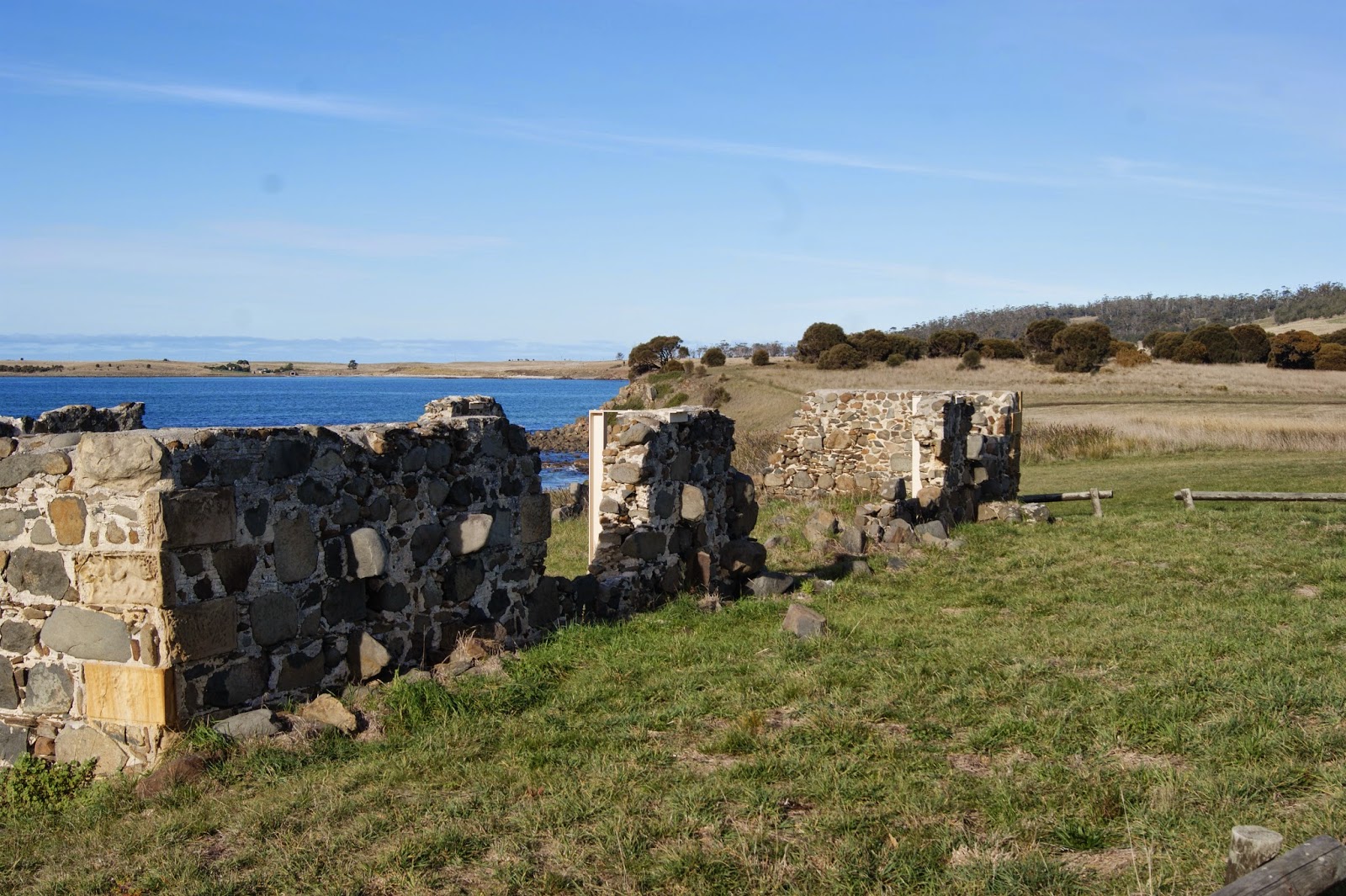 The main part of the salt works ruins was returned to the Crown in 1983 and is now managed as part of the Coastal Reserve. Recently, conservation works have been undertaken by the Parks and Wildlife Service to prevent their further deterioration.