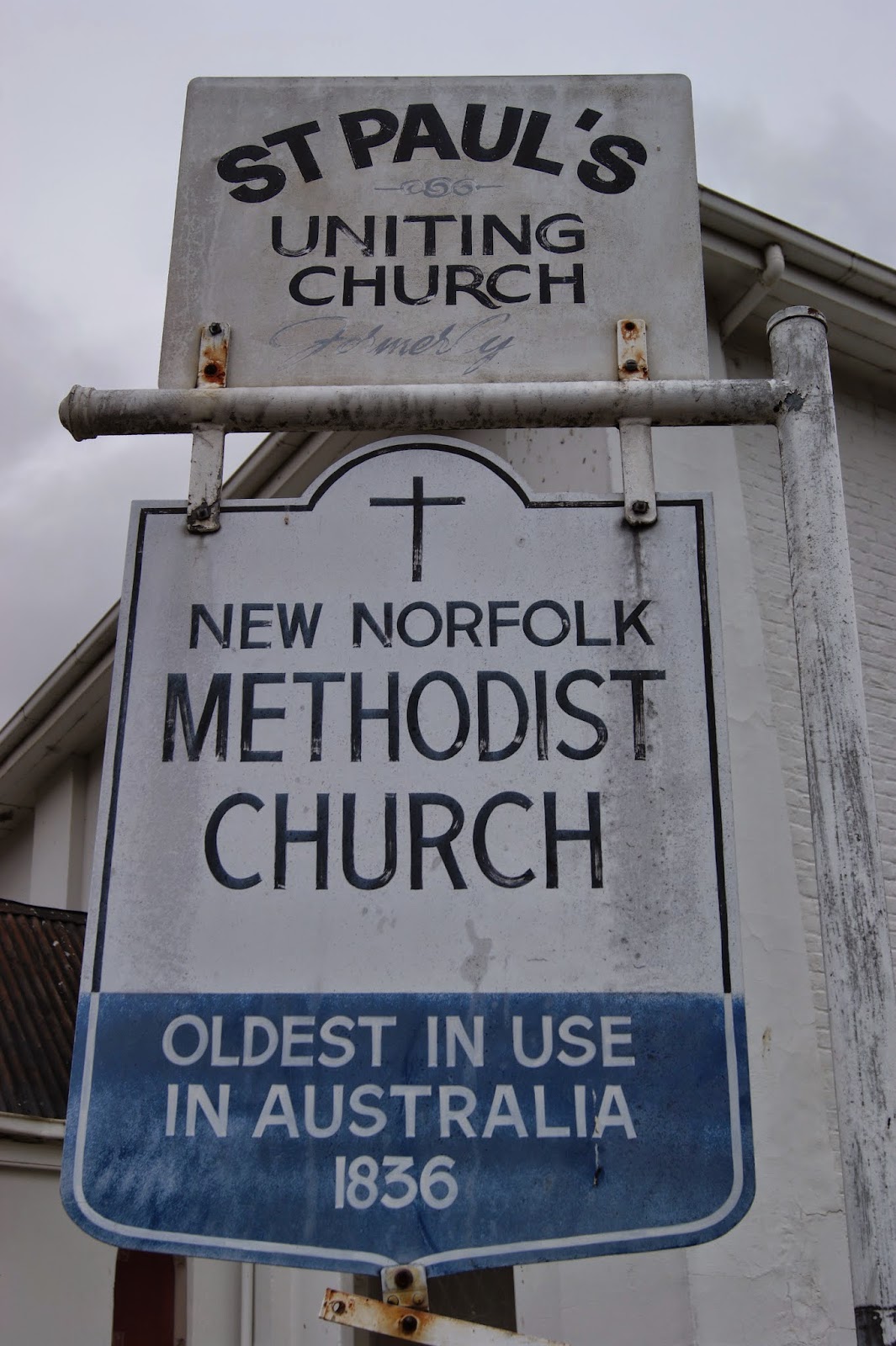 Like many Methodist church buildings, St Paul's at New Norfolk is a pretty unassuming structure. This chapel, however, holds a pre-eminent place in Tasmanian Methodist Church history as it is the oldest in the state. 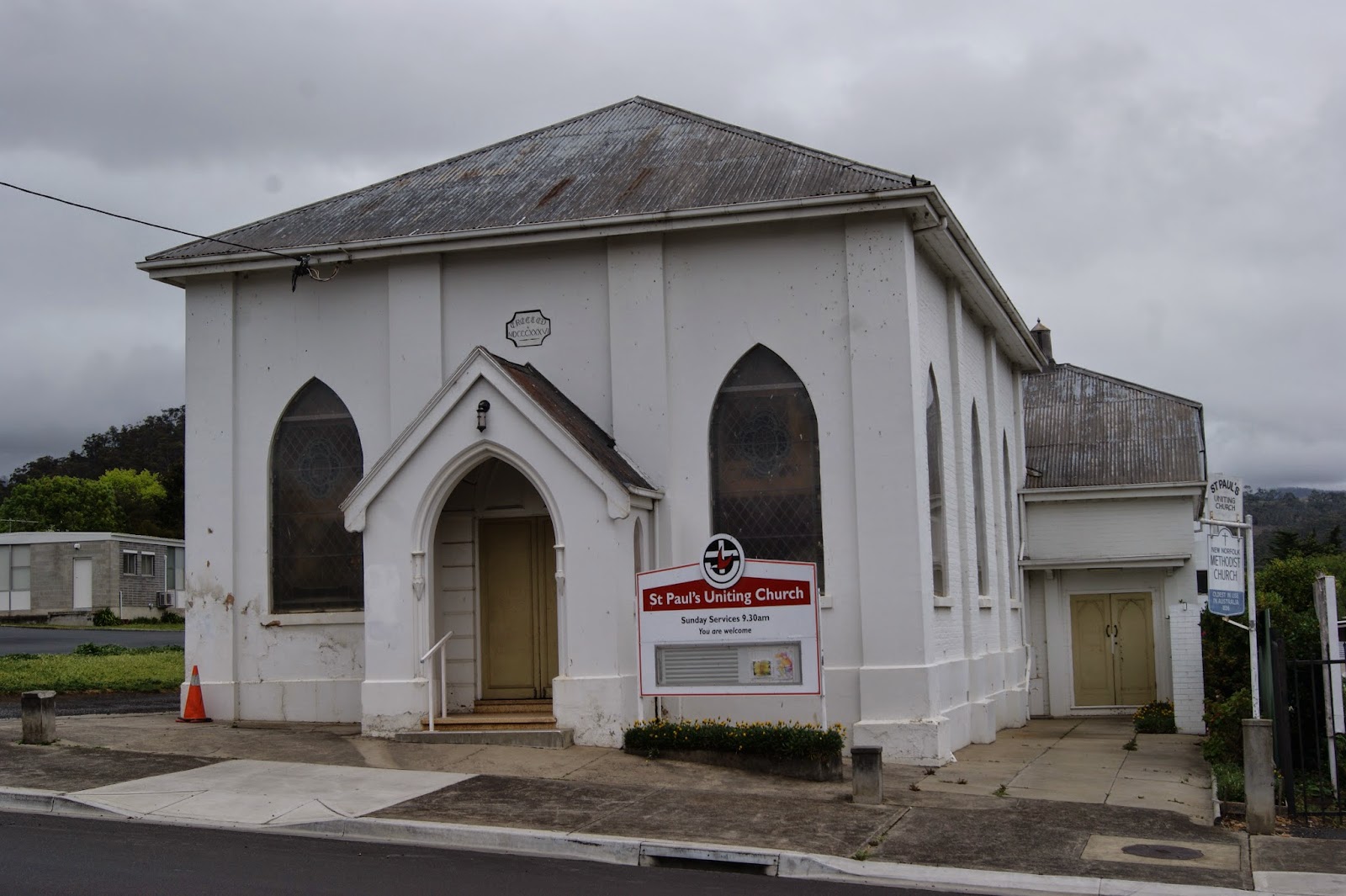 It was built on land donated by a local benefactor, Sir Robert Officer of Hallgreen. The foundation stone was laid on the 8th December, 1836 and followed by the official opening and dedication on the 2nd November 1837, by the Reverend Joseph Orton. St Paul's was originally part of the Hobart circuit until 1838 when the Reverend John Manton was appointed as first resident minister of the new district circuit. 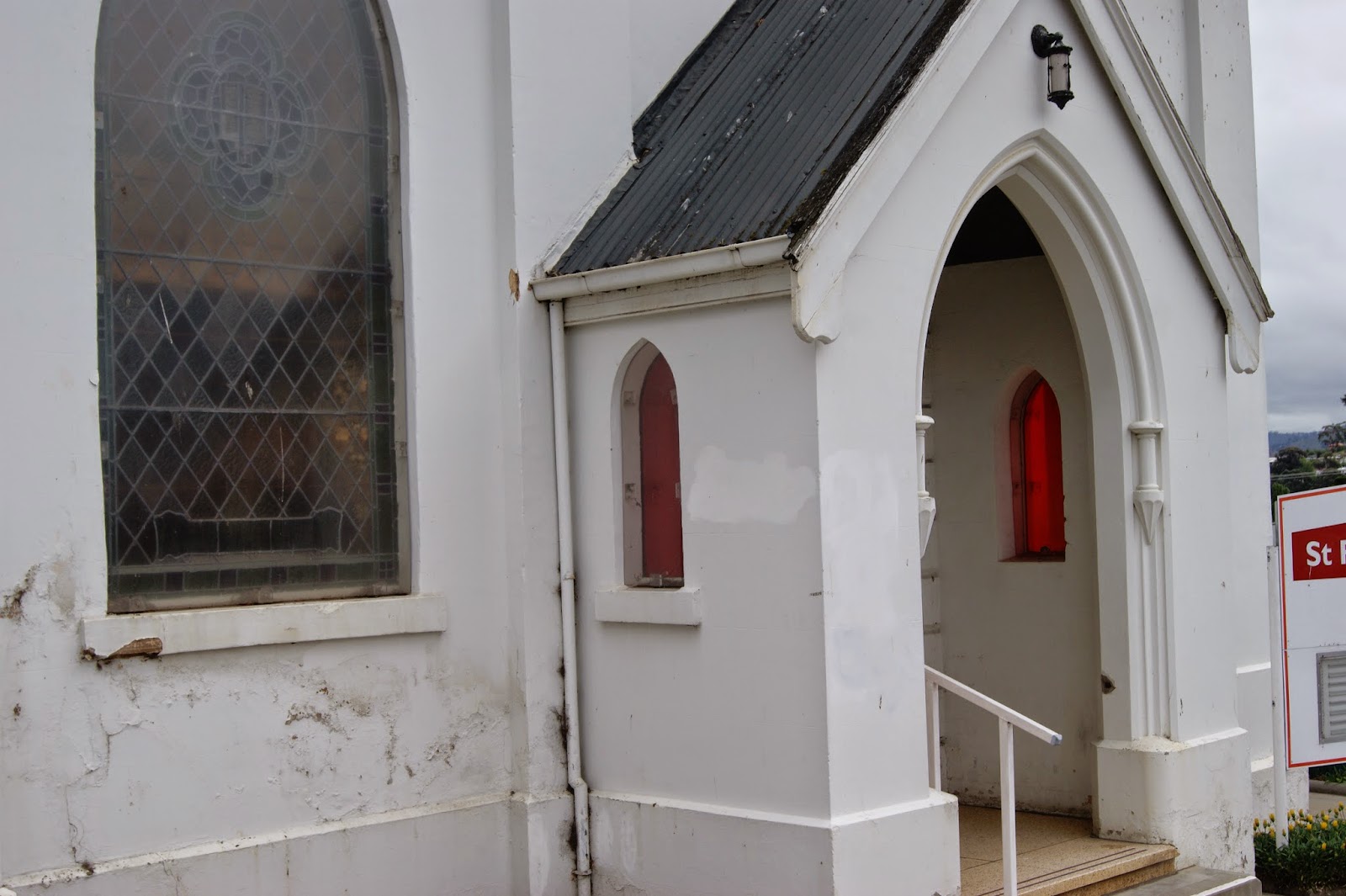 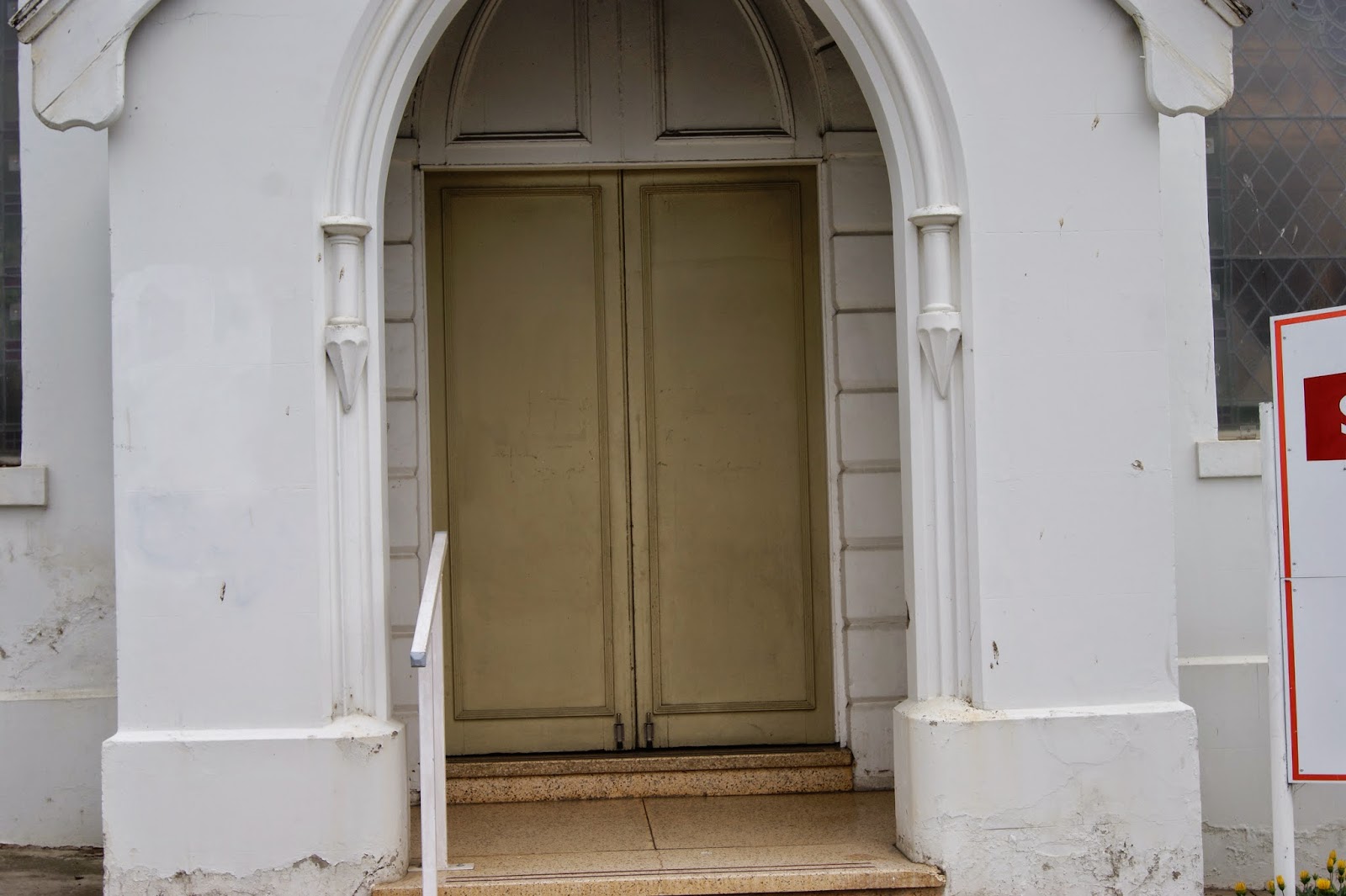 The interior of St Paul's is very plain but none the less of a very charming design. The furnishing are made of cedar and each pew has its own door. The Mission Pew, which was reserved for the minister's family, is up the front under the eyes of the pulpit. The church gallery was installed in 1865 at a cost of 128 pounds and the magnificent stained glass windows replaced the plainer original ones in 1956. 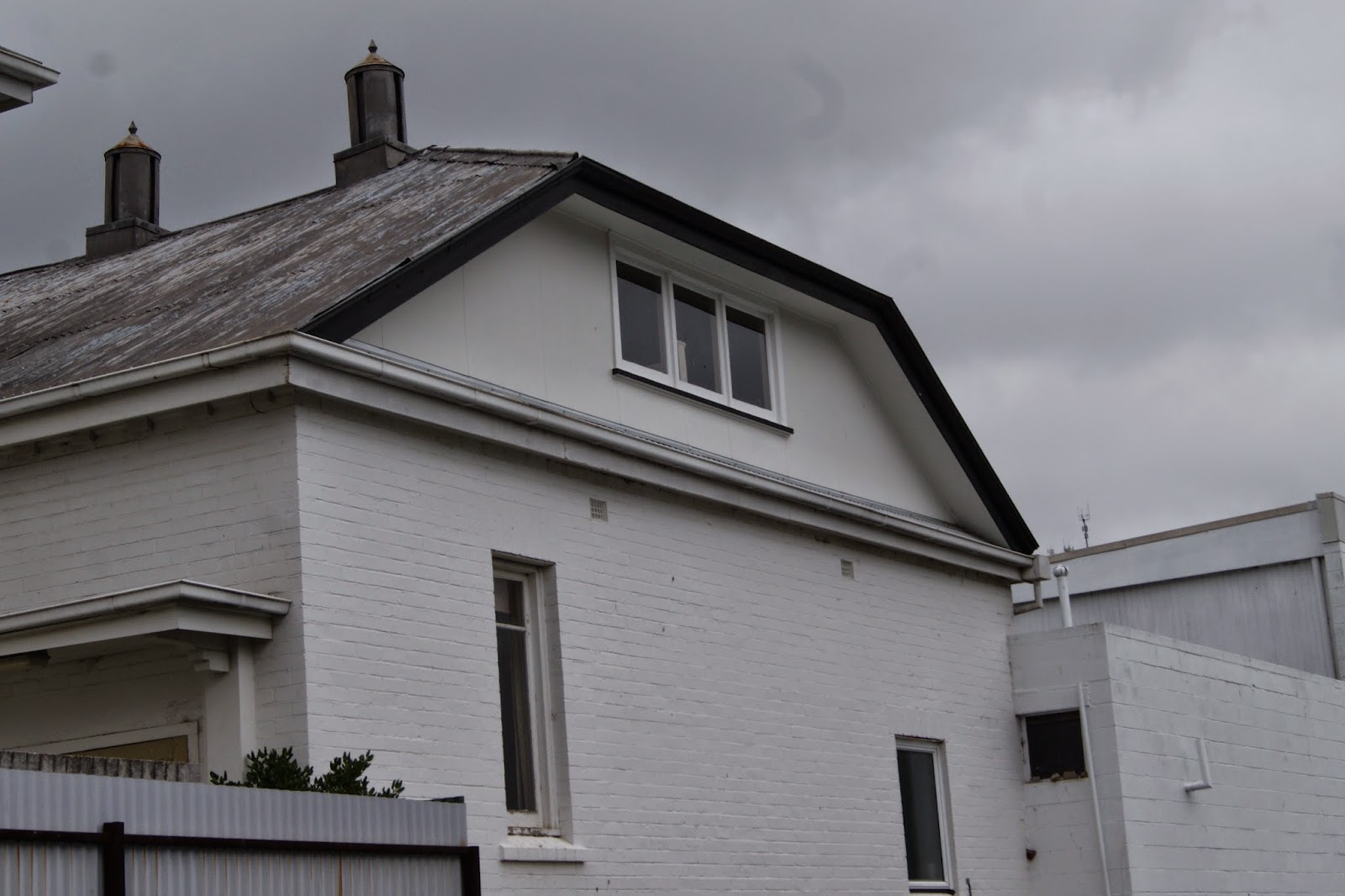 Before the chapel was built, Methodism in New Norfolk had an interesting history. As early as 1821, local preachers such as Benjamin Nokes & Samuel Dowsett were holding irregular services around the town. Later in that year, the Reverend William Norton arrived in Tasmania and began visiting the outlying settlements. The normally staid Methodists used a bit of colonial commonsense and practicality for, on wet days, they would retire to the tap room of Mrs Bridger's Bush Inn and hold their services there. Generally, however, they would worship outdoors and by 1834, services were regularly being conducted under a gum tree where the New Norfolk State Primary School stands. The tree was cut down in in 1972 but it used to have a plaque attached with the following inscription - "Under this tree, first regular Methodist service in New Norfolk was held in 1834" 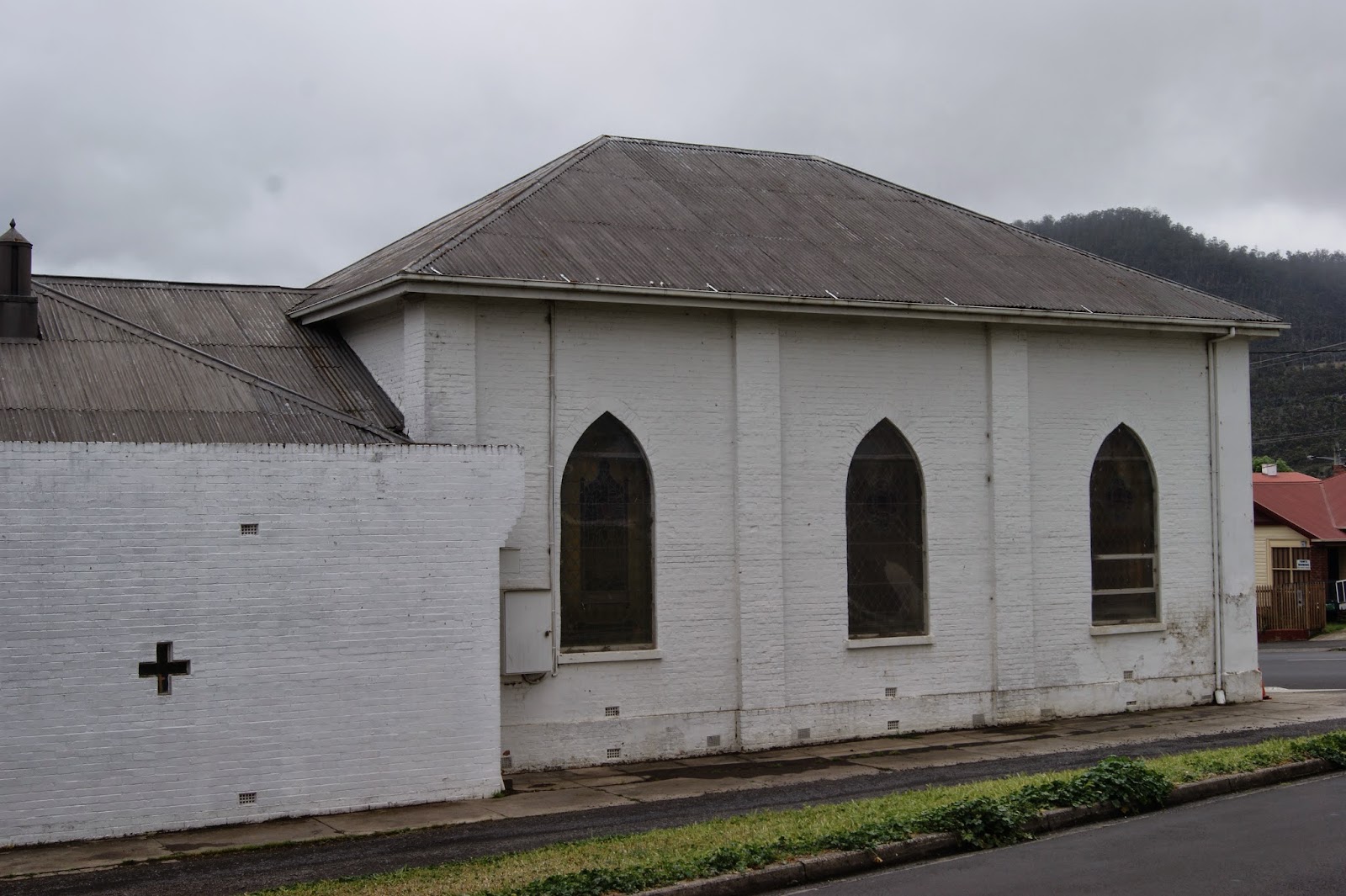 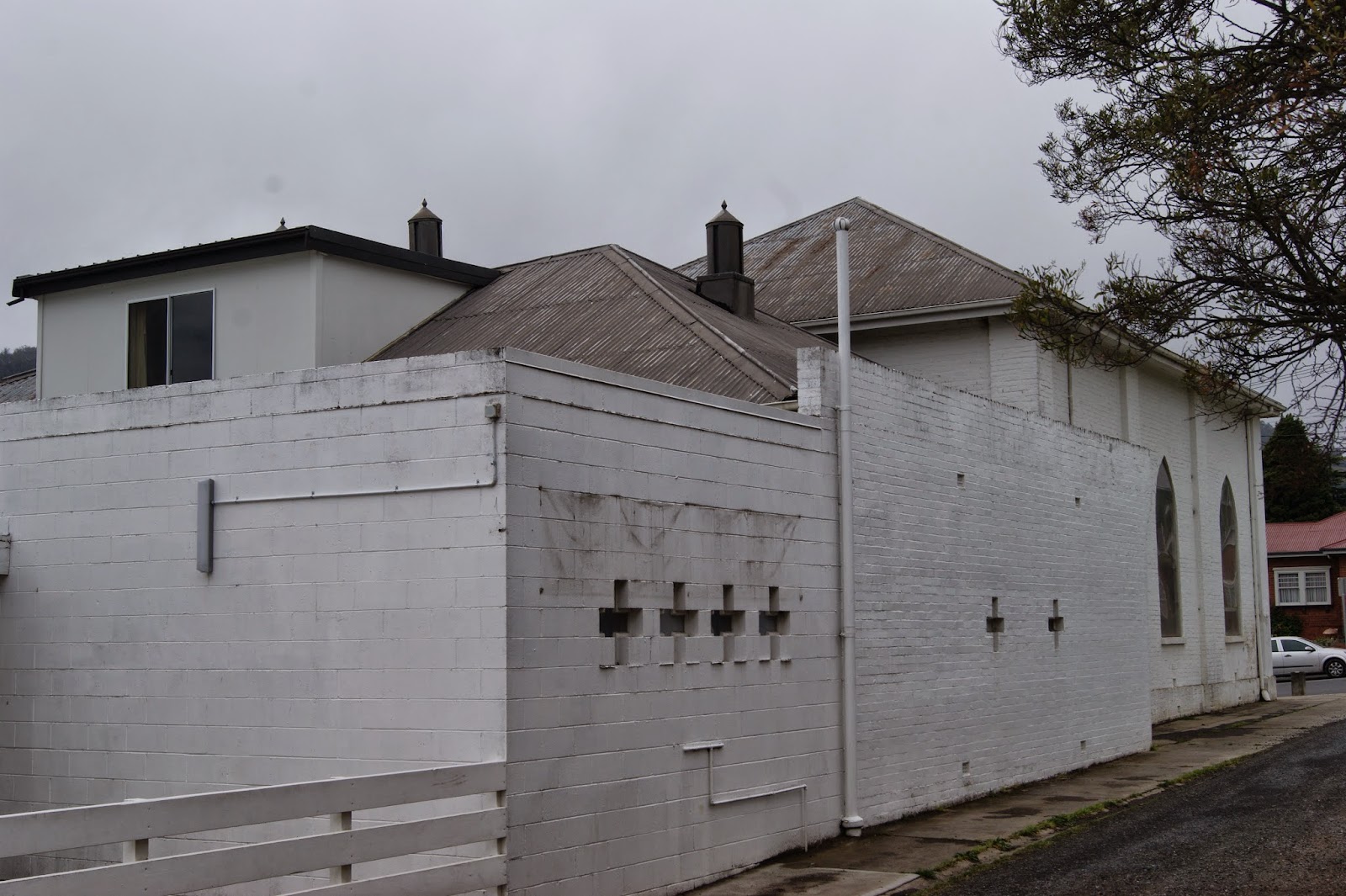 Methodism as such, ended in the New Norfolk & Glenora area on 19th June 1977 and following the inauguration of the Uniting Church in Australia on 22nd June, 1977, New Norfolk's first Uniting Church service was held four days later and continues to this day. 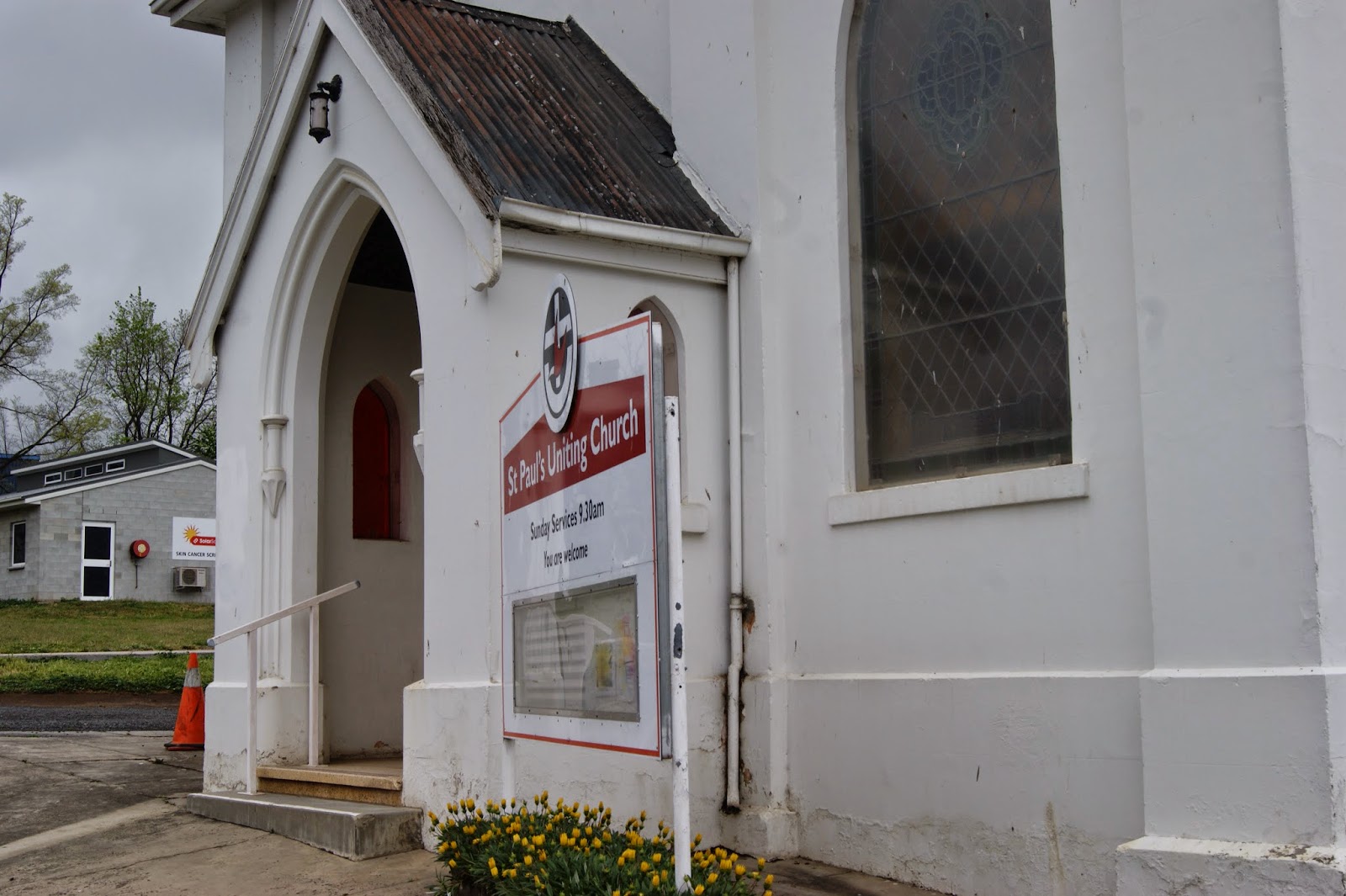 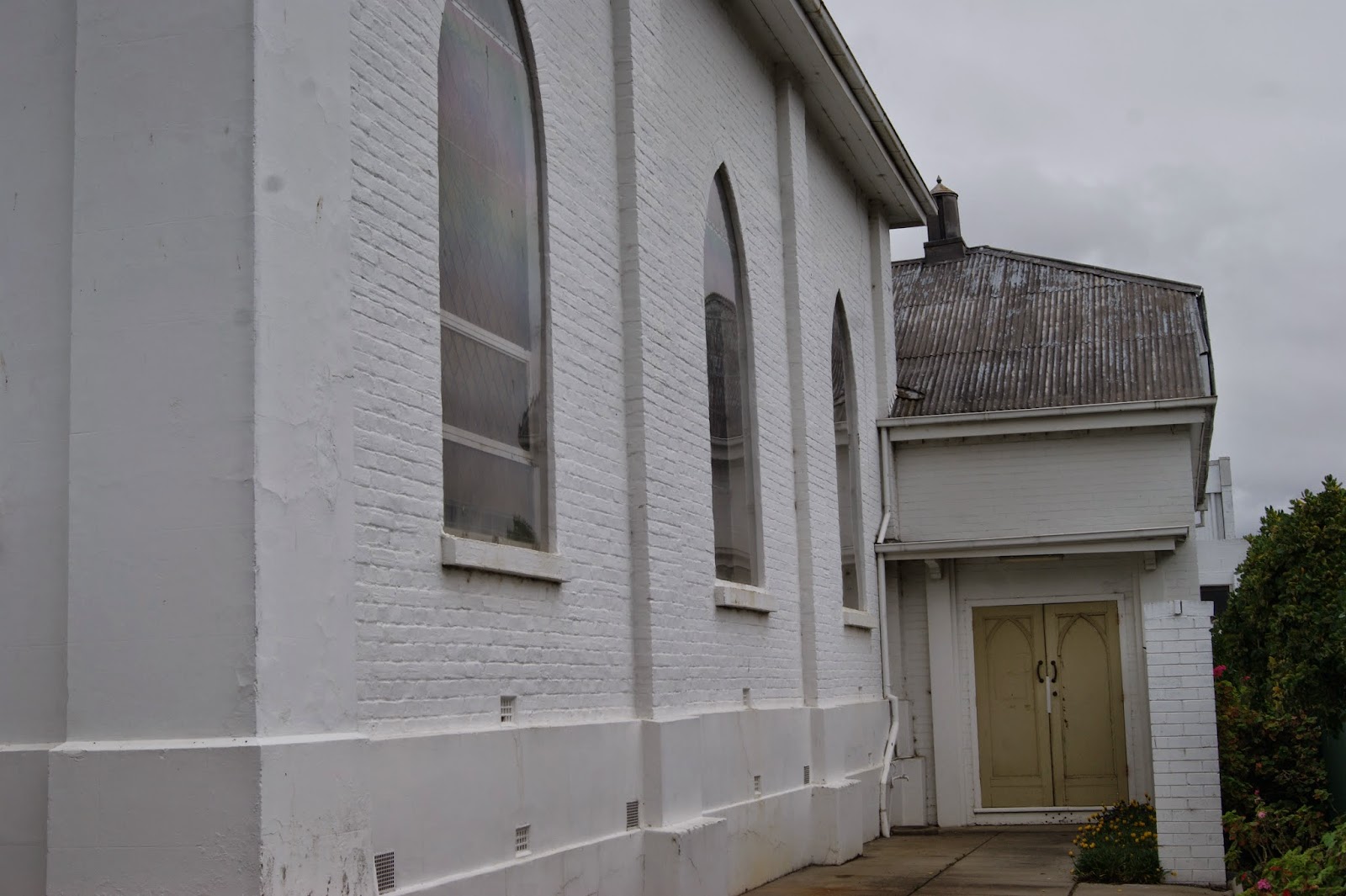