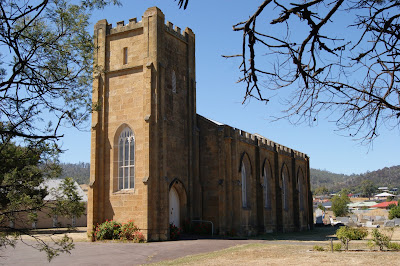 Clarence Plains was an important agricultural area in colonial Tasmania. It encompassed almost all of the area of the present day City of Clarence with the exception of Richmond. Colonial Chaplain Robert Knopwood, the first chaplain in Van Diemen's Land, began services in the area in 1821 and five years later Clarence Plains was declared a parish. Knopwood was a strong advocate for the construction of St Matthew's Church at Rokeby although it was not built until after his death. 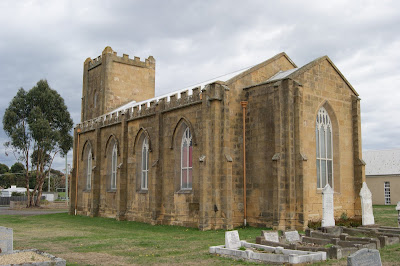 The building of a church for the district was first proposed in 1828 when 100 pounds was subscribed towards the cost.  Although tenders were called for, only the site layout for church building and burial ground was completed before work on the site stopped around early 1838. Built on land granted to First Fleeter Edward Kimberley, the church was designed by noted ex-convict architect James Blackburn in 1838. The foundation stone of the church was laid by the first Archdeacon of Van Diemen’s Land, William Hutchins, shortly after Mr. Knopwood’s death at Rokeby on 18th September 1838. Building commenced in June 1840 and was completed by the end of 1841. The stone for the church which is of Gothic design was quarried near Holmes’ farm with the interior roof being donated by the Stanfield family whose members were among the first pioneers of the district. 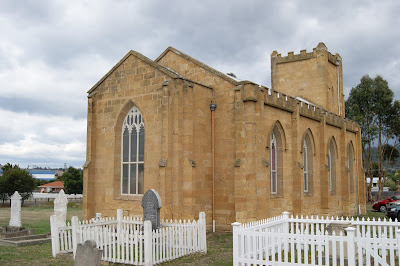 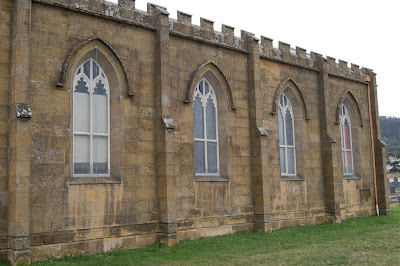 The construction produced a finely detailed edifice within a small isolated community which represents significant creative and technical achievements for the community and represents one of the earliest attempts to create an architecturally correct church in the Victorian Academic Gothic style.
The church was dedicated on September 24th 1843 by the first Bishop of Tasmania shortly after his arrival in the diocese.The church was consecrated by Bishop Nixon in 1855. 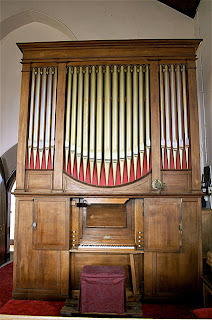 In 1858 the pulpit and the John Gray organ, built in 1824, from the old St David's Church in Hobart were installed in the church. The organ—the first church organ to be imported to Australia—is still in use. The bell in the church tower was originally in the schoolhouse and called worshippers to services there before St Matthew's was built.
Some of the carved chairs in the chancel were made from the timbers of H.M.S.Anson which was one of the original ships of Admiral Nelson’s famous battle fleet.
St Matthew's Church burial ground is also an important heritage site and can tell many stories of hardship, achievement and local history.  The first burial, that of Catherine Chipman, took place in 1827. 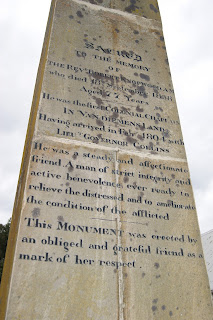 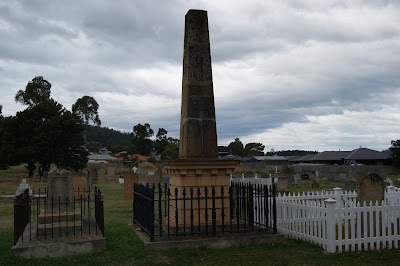 The founder of the Church of England in Tasmania, the Rev. Robert Knopwood, was buried there in 1838 in a well tended grave in the church grounds.  His grave is marked by a stone monument erected by the daughter of an orphan girl he reared from infancy. There are many graves of “First Fleeters” and many other early settlers. 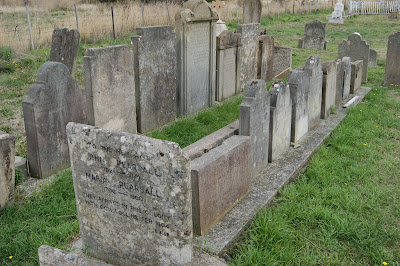 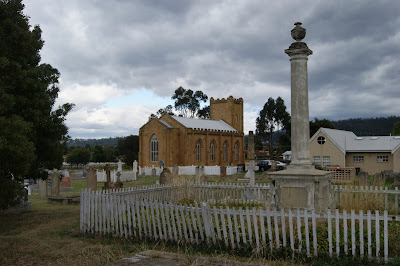 The church by 1855 had fallen into disrepair and was thoroughly restored with renovations again being carried out in 1920 and 1952. St Matthew’s continues to be an imposing landmark on the Rokeby landscape and is an integral part of the Old Rokeby Historic Trail. 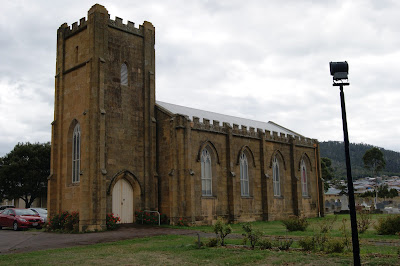 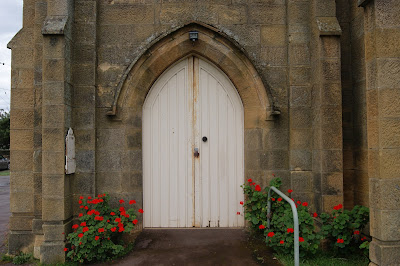