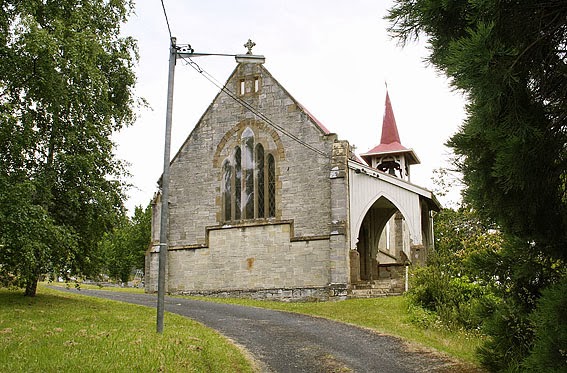 St Johns Church has important associations with the early social and religious history of the Huon community. Early worship in the Franklin district was conducted in a small timber church, dedicated to St Mary, erected c1840, on land given by Lady Franklin. On 13 June 1855, Archdeacon Davies wrote to Bishop Nixon, emphasizing the urgent need for a new church in the growing township. Nixon sought assistance from the government, under the provision of the Church Act, 1837. The government had already committed its budgeted funds, however, and the request for government assistance appears to have lapsed. 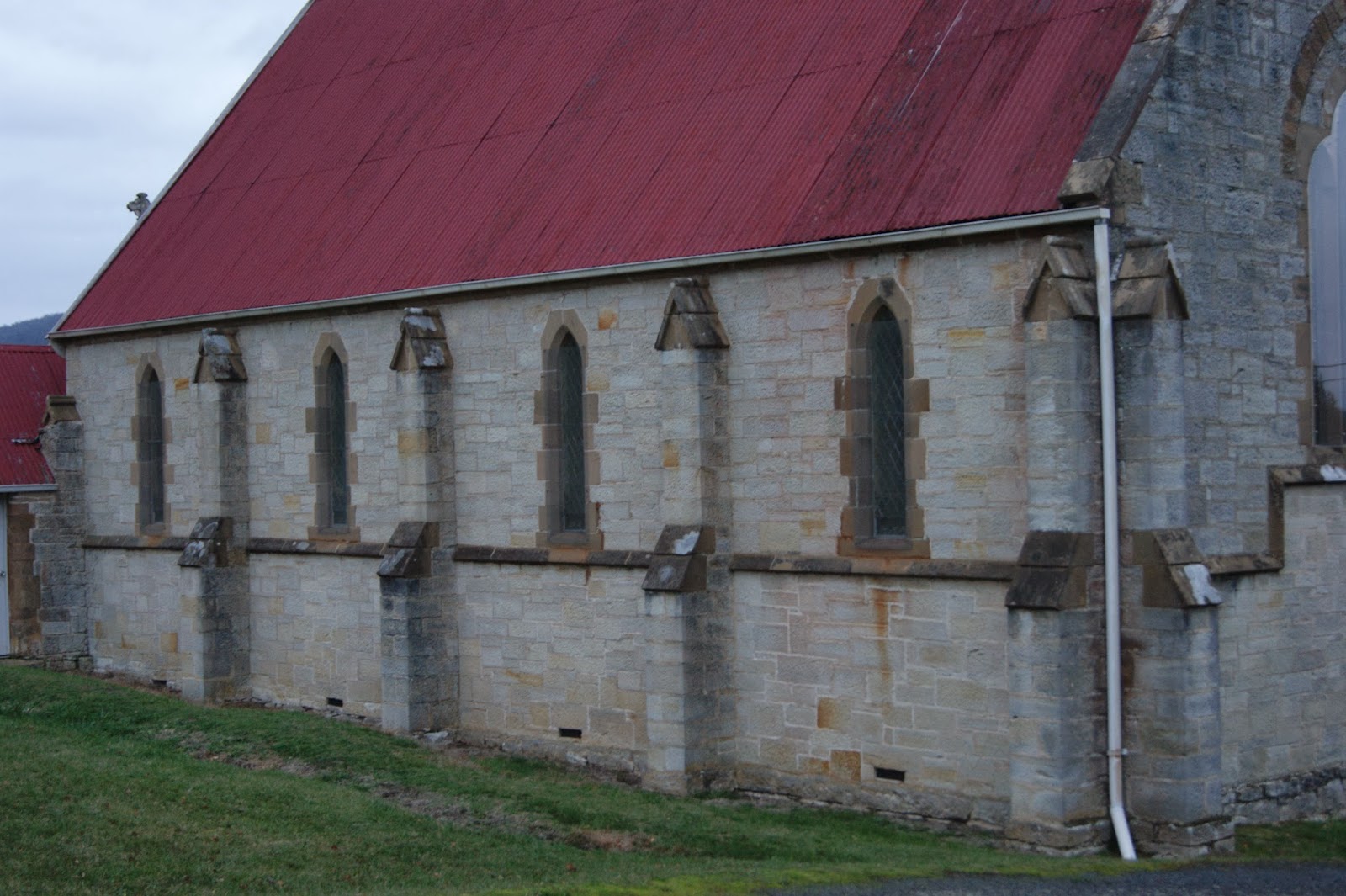 Following the ordination and appointment of the Reverend Thomas Stanfield, sufficient funds were raised publicly, and the foundation stone of the new building was laid on 9 February 1863 by Archdeacon Davies. Henry Hunter was appointed architect, and his original design included a nave, chancel, tower and spire. Only the nave and the base of the tower were completed initially. The contractor was John Rait, and the cost, 600 pounds. 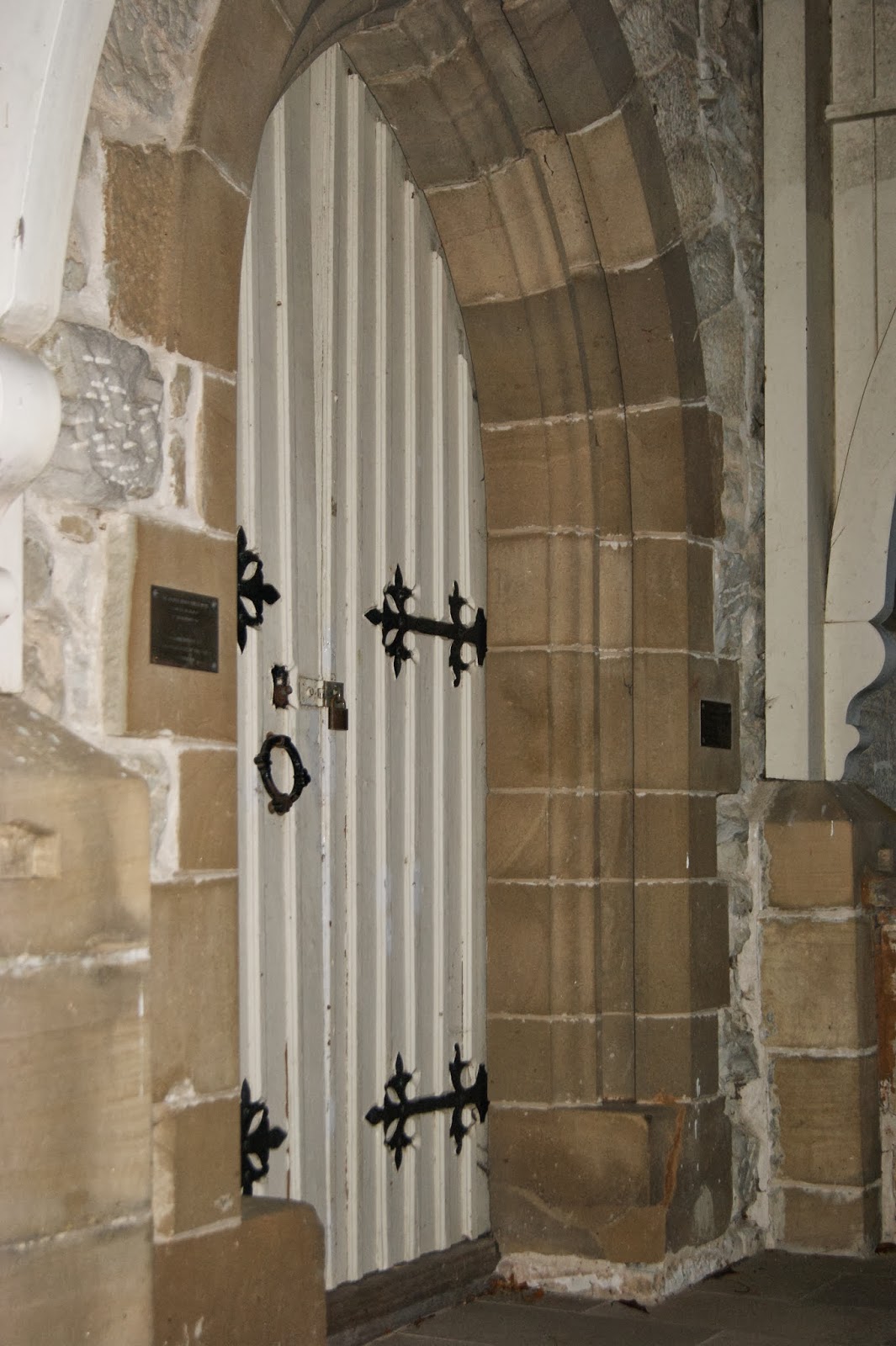 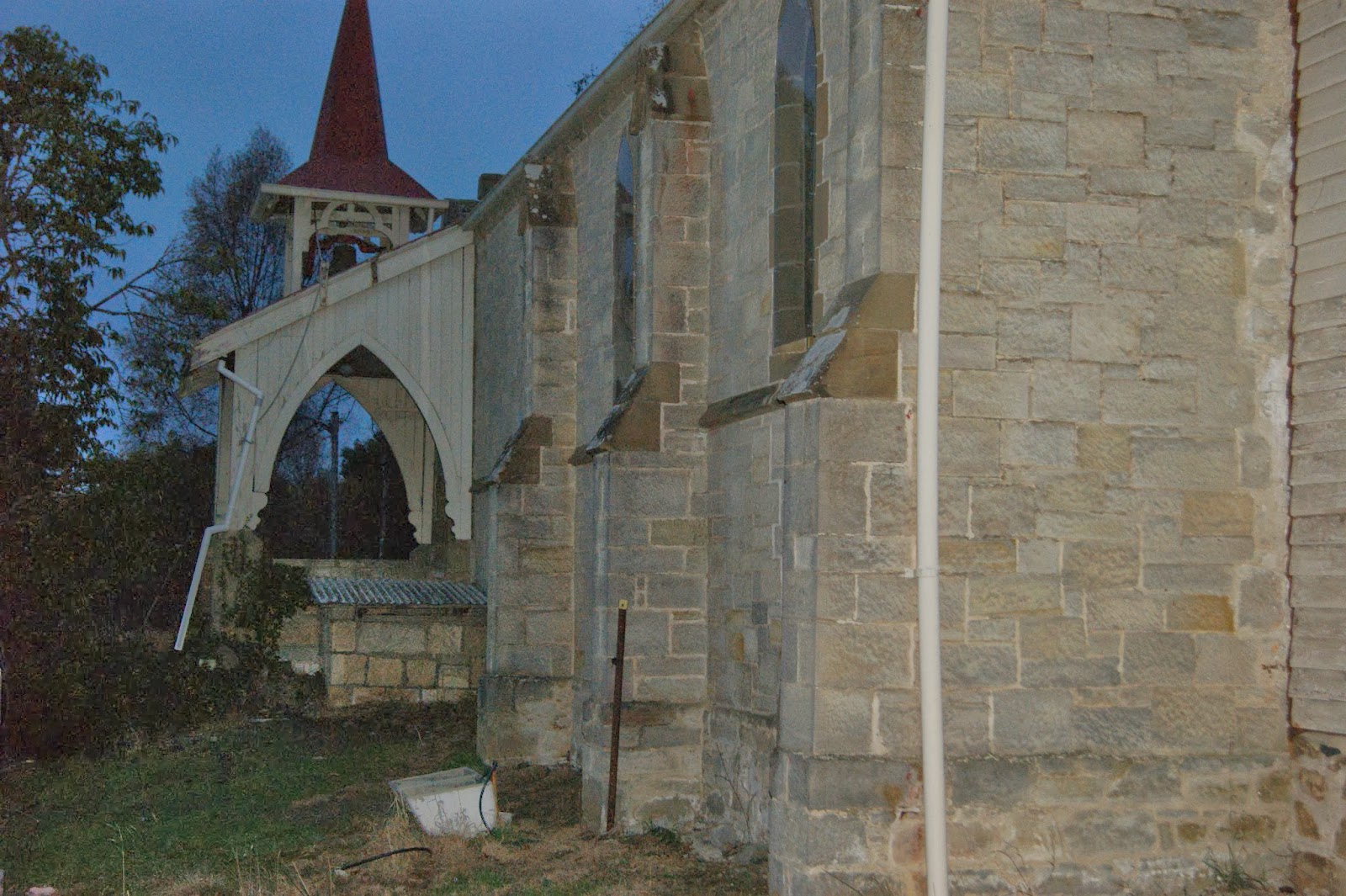 The old church which stood adjacent to the new building was subsequently demolished. The change in dedication from St Mary to St John is not explained, though the new name may have been chosen to reflect the associations of Sir John and Lady Franklin with the earlier history of the community, in much the same manner as the name of St Davids (Hobart) pays homage to David Collins. 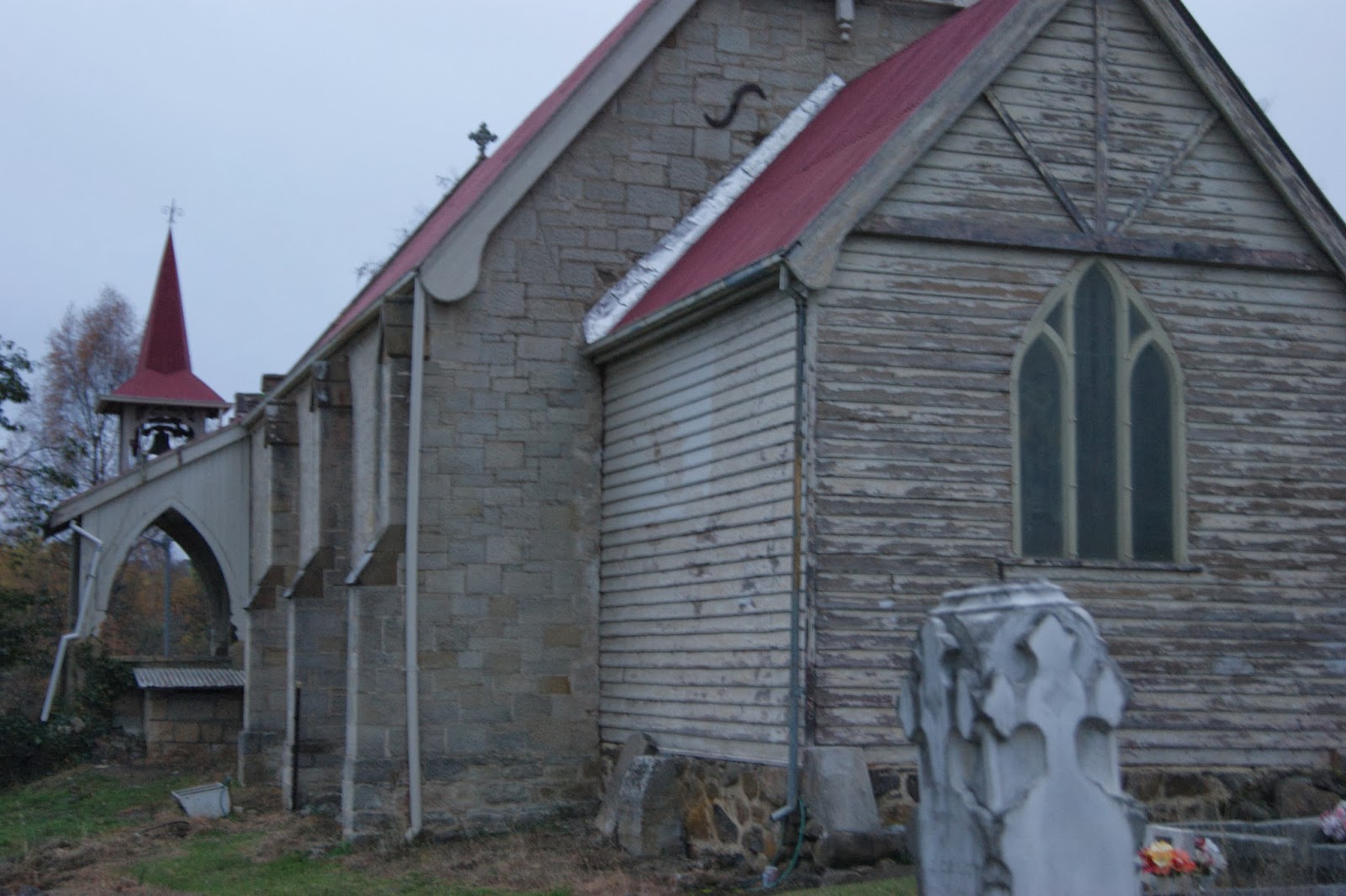 The partly completed church was dedicated and licensed by Archdeacon Davies on 17 May 1864. In late 1895 it was decided to proceed with construction of the chancel and vestry. The timber additions were completed the following year, and on 7 November 1896 the completed building was consecrated by the fourth Bishop of Tasmania, the Right Reverend Henry Hutchinson Montgomery. Restoration of the nave was also undertaken at this time. Further work was undertaken in 1923 and in 1956. 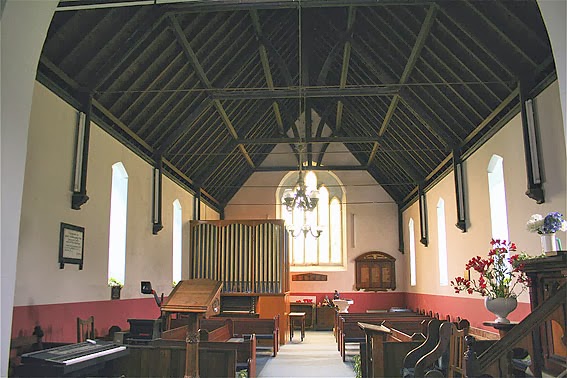 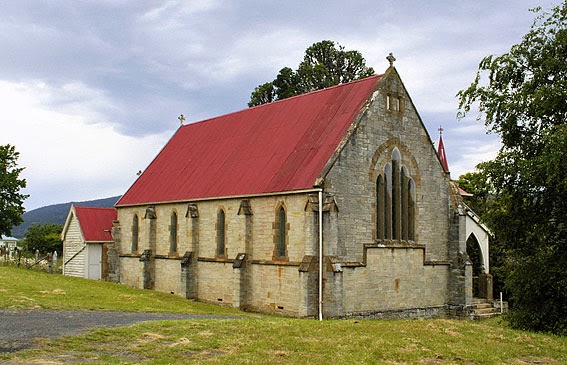 Above the entry porch is a small square belfry, capped by an octagonal spire with a broad square base. The flooring of the church is tongue and grooved hardwood, and internal walls are plastered. Among internal fittings and features of note are an octagonal font, several marble memorial plaques and the semi-hexagonal pulpit which has heavily varnished pine panels set within a Blackwood frame, with turned corner posts and a heavily moulded cornice. 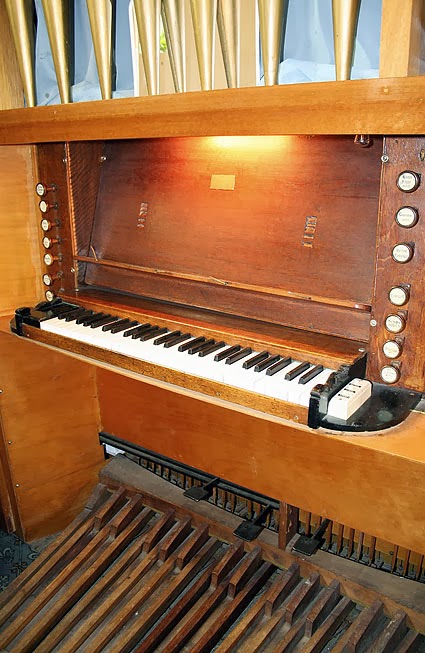 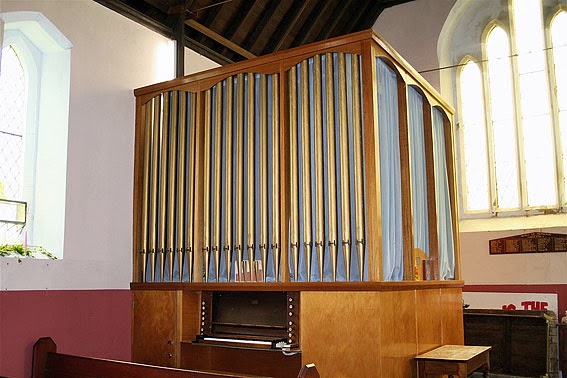 The pipe organ was built by John Gray of London c1826 and was originally installed in St Johns Church, Launceston (in 1826). It was the second pipe organ brought to Van Diemens Land for church use (the first being that of St Davids - now located at St Matthews, Rokeby - also a Gray instrument). The organ was rebuilt c1850 and has been relocated several times. The organ was installed at Franklin in 1965. The original front remains at St Johns, Launceston, and the pipework is now accommodated within a case of contemporary design. 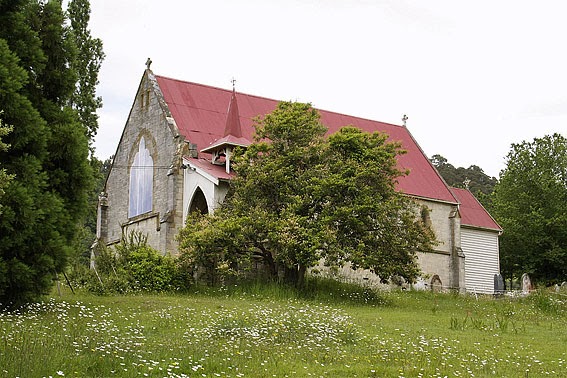 St Johns has a commanding and picturesque setting, on a hillside above the town of Franklin overlooking the Huon River to the east. It is surrounded by an extensive churchyard which contains many early graves and monuments. St John’s still holds regular services as part of the Huon Anglican Parish.