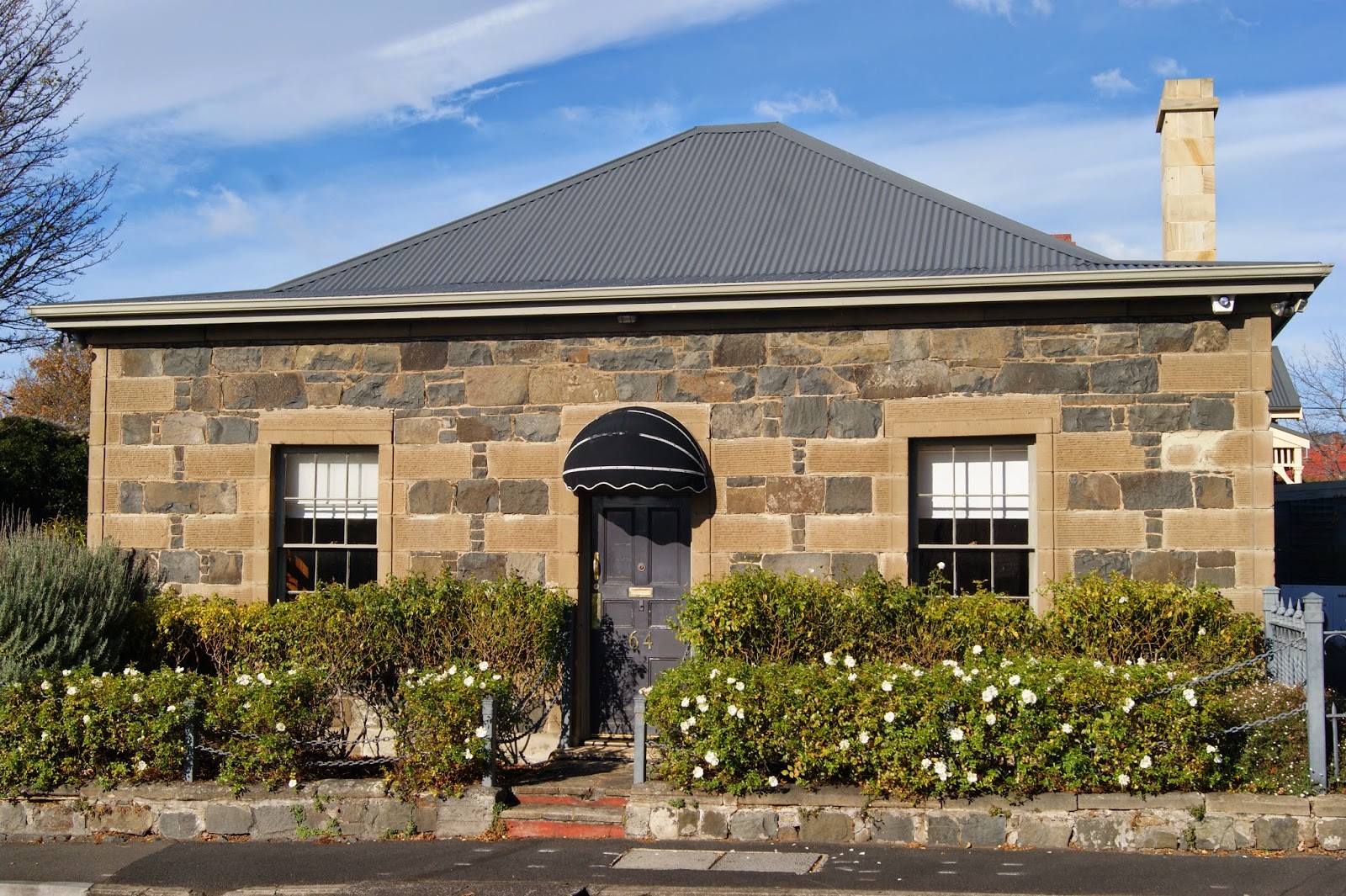 Much of the building that took place in colonial Hobart Town made use of the abundant supplies of available sandstone. This gave the streetscapes of Hobart town a really appealing and distinctive look. Originally built as a gentleman's residence in Battery Point, this pretty little cottage was built using sandstone but also included quite a lot of bluestone. This made for a really different look to many of the other buildings surrounding it. 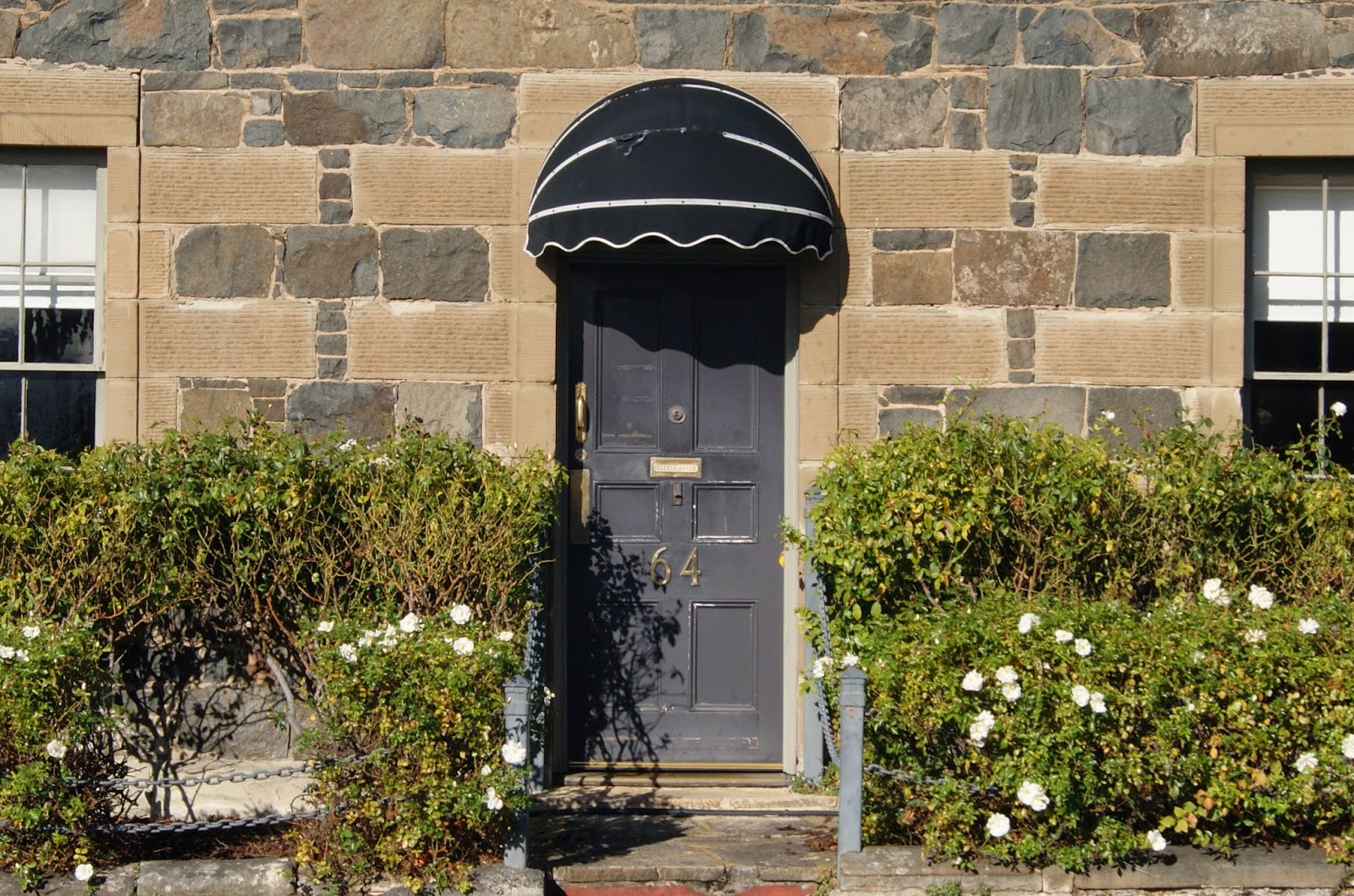 It was built around 1840 for Angus Mcleod, a Scottish musician and soldier who was the bandleader for the 21st Royal Scottish Fusiliers regiment. When his regiment arrived in Hobart Town in 1833, McLeod started to consider retirement from military life. This suggestion was warmly received by the Hobart Town Courier who wrote that "the colony has recently acquired a considerable accession of musical talent" in the person of the recently arrived bandmaster and that staying here was definitely on his mind. 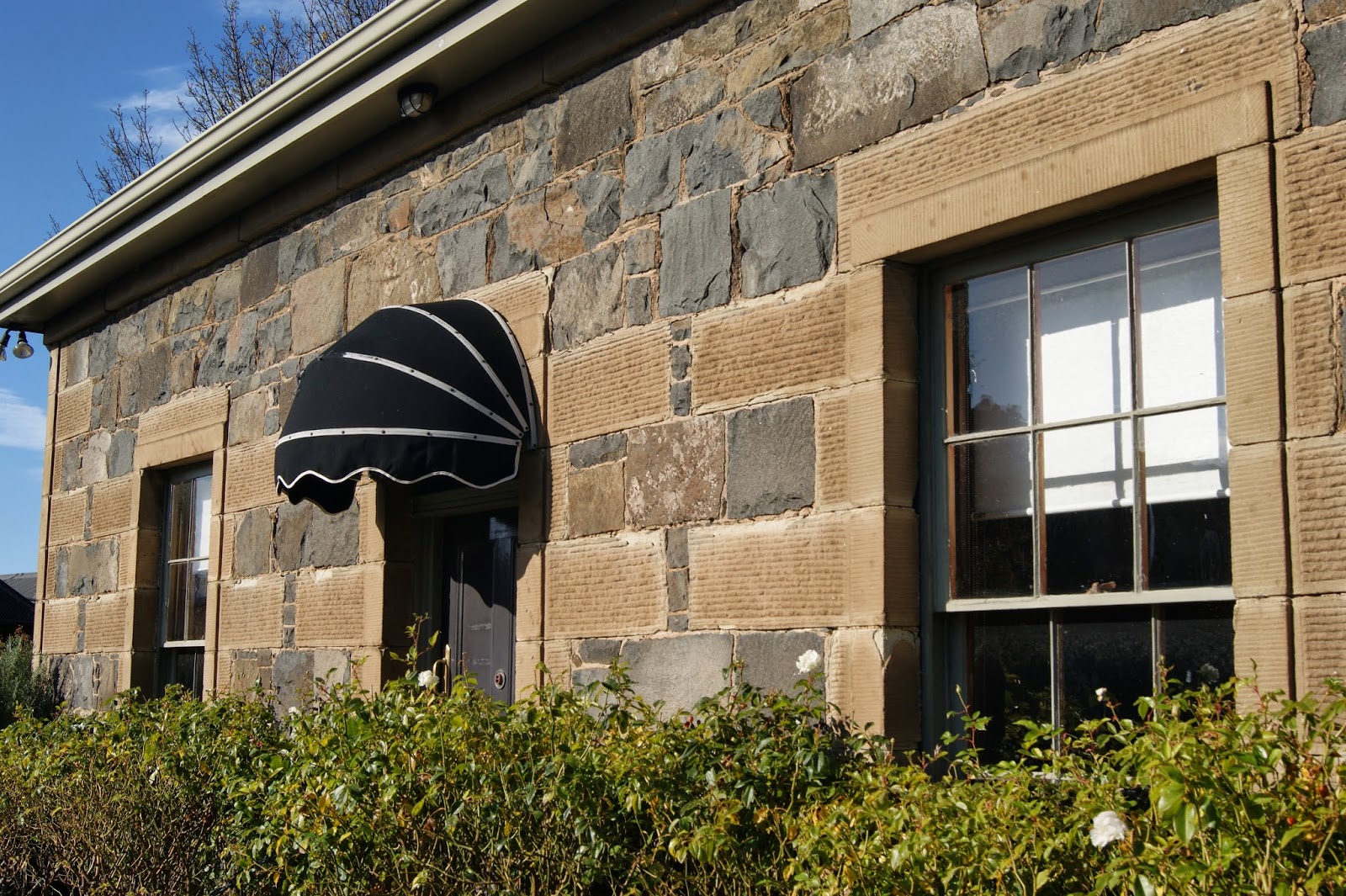 When his regiment did eventually go on to India, Mcleod did stay behind and the year prior to having Fusilier Cottage constructed, he had a notice inserted in the Courier noting " Mr Mcleod, twenty five years master of the band of the 21st Royal Scottish  Fusiliers, having settled here following the departure of the regiment for India, informs the public that he teaches and tunes the pianoforte, likewise teaches the violin, clarinet, flute and all other wind instruments". 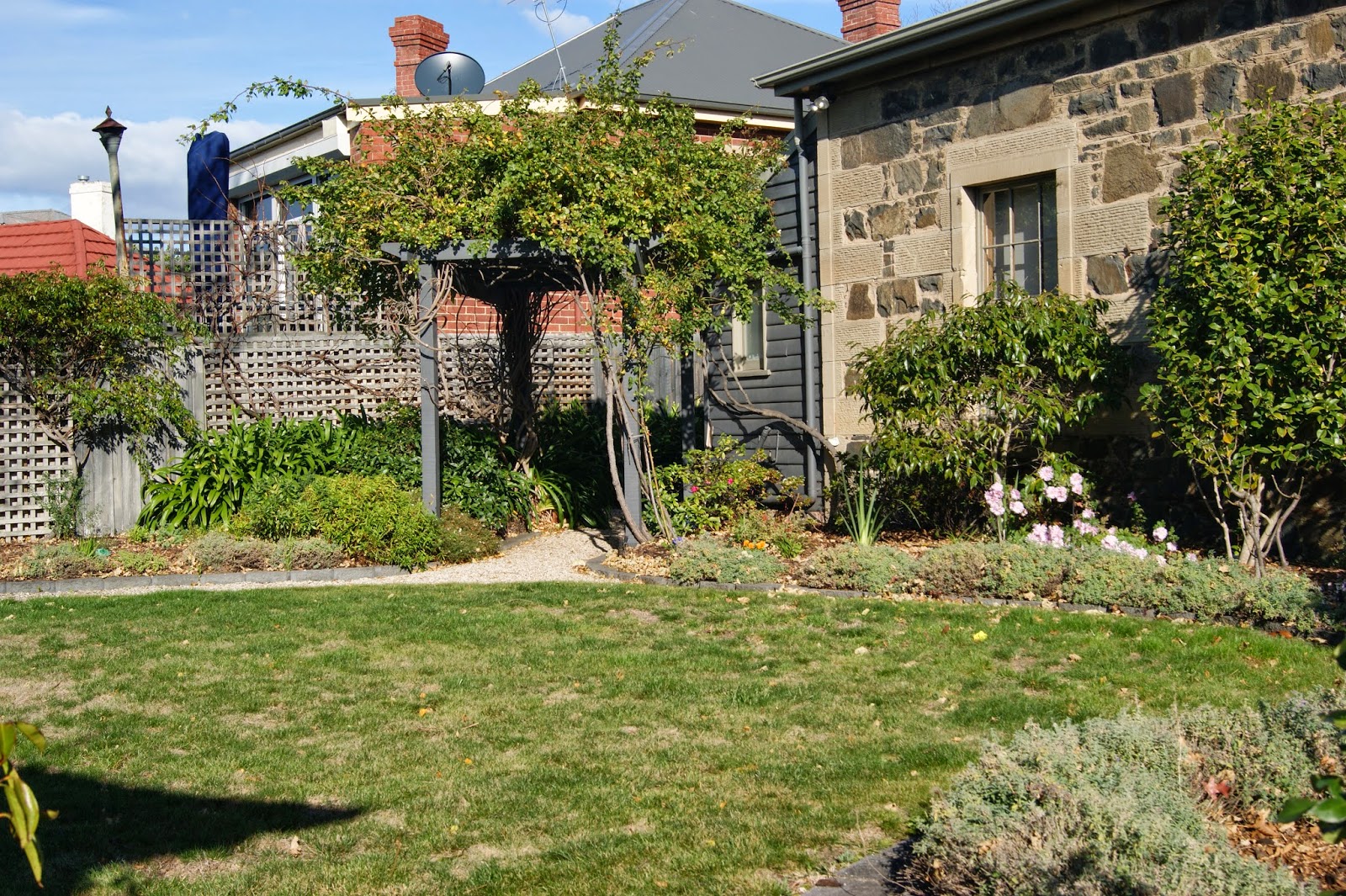 The following year he gave a successful public concert and eventually moved into his newly completed new home. In honour of his old regiment, Mcleod decided to name his house, Fusilier Cottage. The place became a virtual musical headquarters with Mcleod taking on many musical pupils but also as the headquarters for his new  Quadrille Band which provided musical entertainment for the population of Hobart Town. 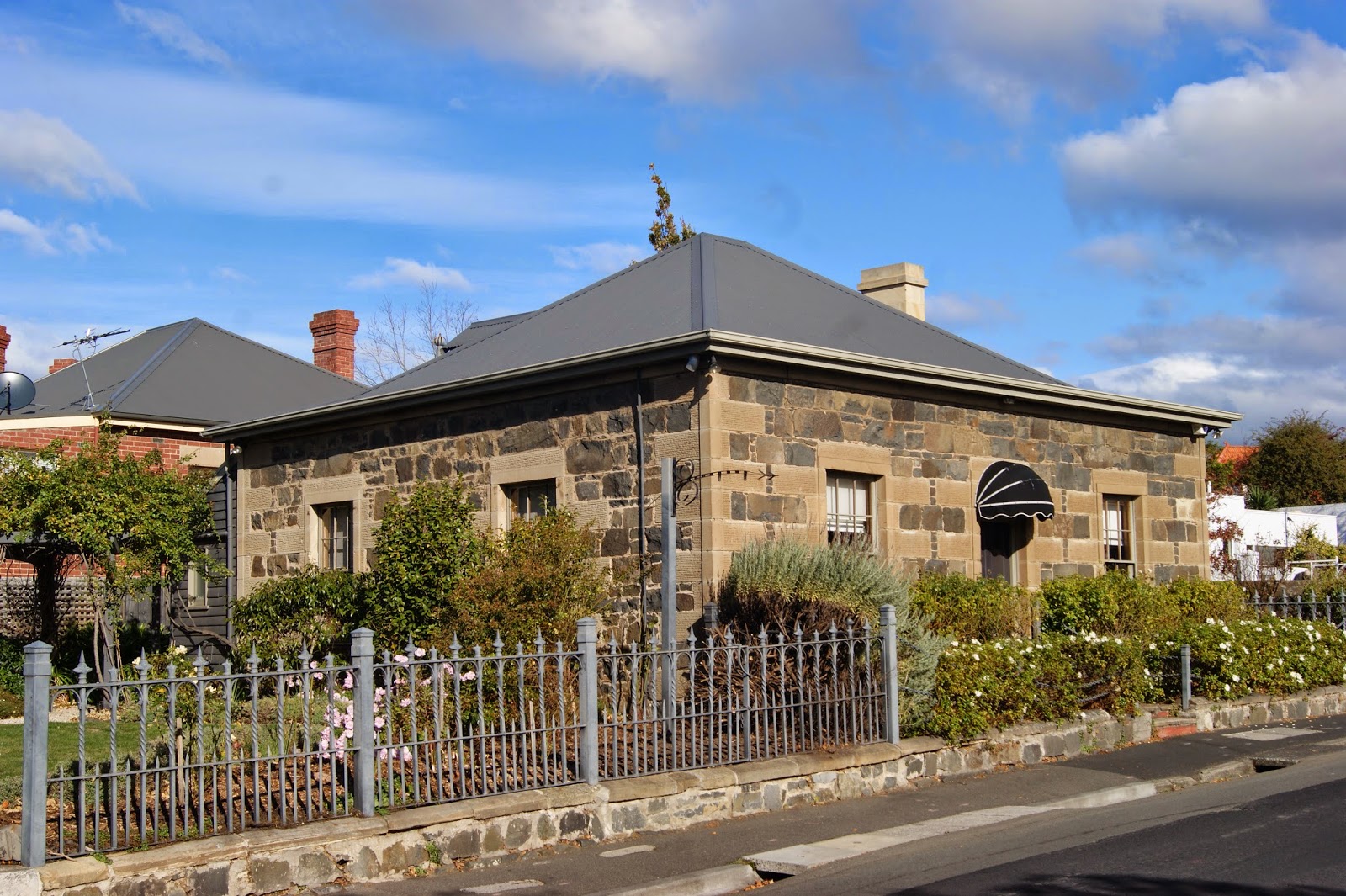 The original building contained only four rooms downstairs and two rooms upstairs with ceiling a little more than 2 metres high. Both these rooms have dormer windows which face the back of the house, leaving the existence of the 2nd story hidden from street view. the design is of a very simple design, without much embellishment. The Windows are of a generous size and let in plenty of light 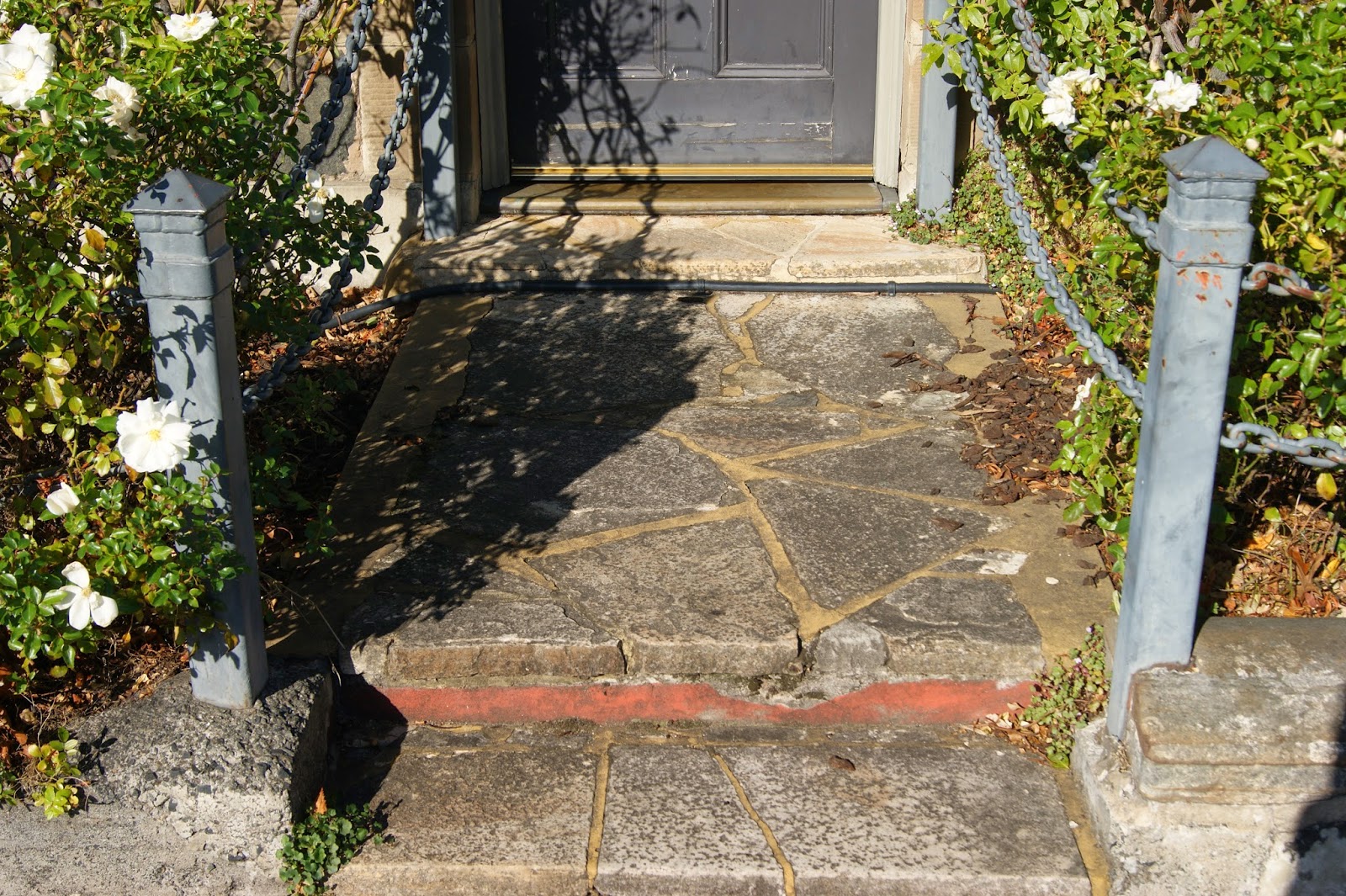 Well before McLeod died in 1863 at the age of 77, he had moved from Fusilier Cottage to Sandy Bay because he had a large family well settled into the colony and the Cottage was not large enough to bring up such a large family. For many years after the McLeod family had moved on to Sandy Bay, the house continued to be a family residence. One family lived there from shortly after the first world war to well after the end of the second. 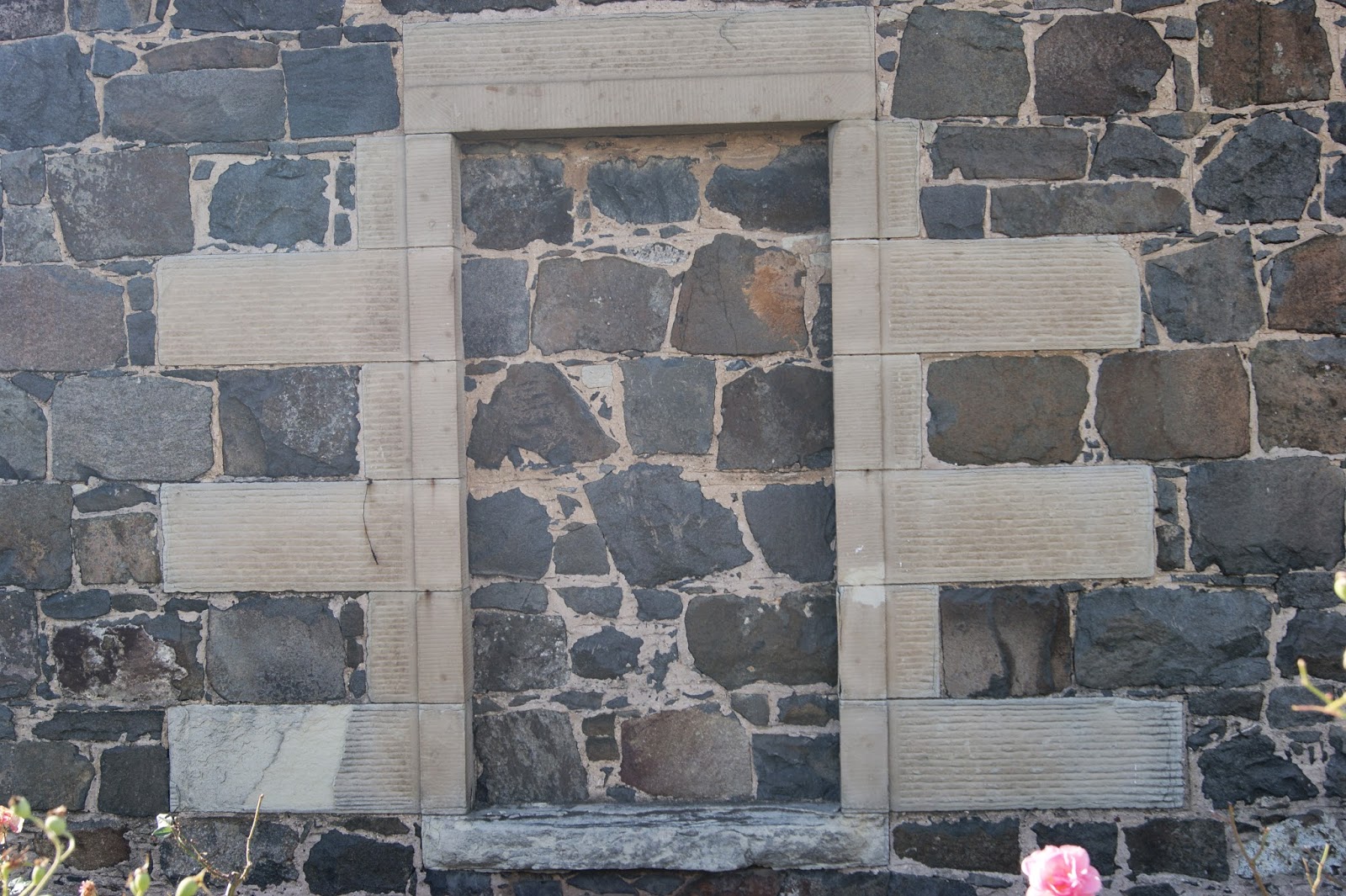 Today the property is still in private hands and still continues to take pride of place in the wonderful existing streetscape of Hampden Rd, Battery Point. In my humble opinion it is still as striking to look at as it must have been when first constructed.