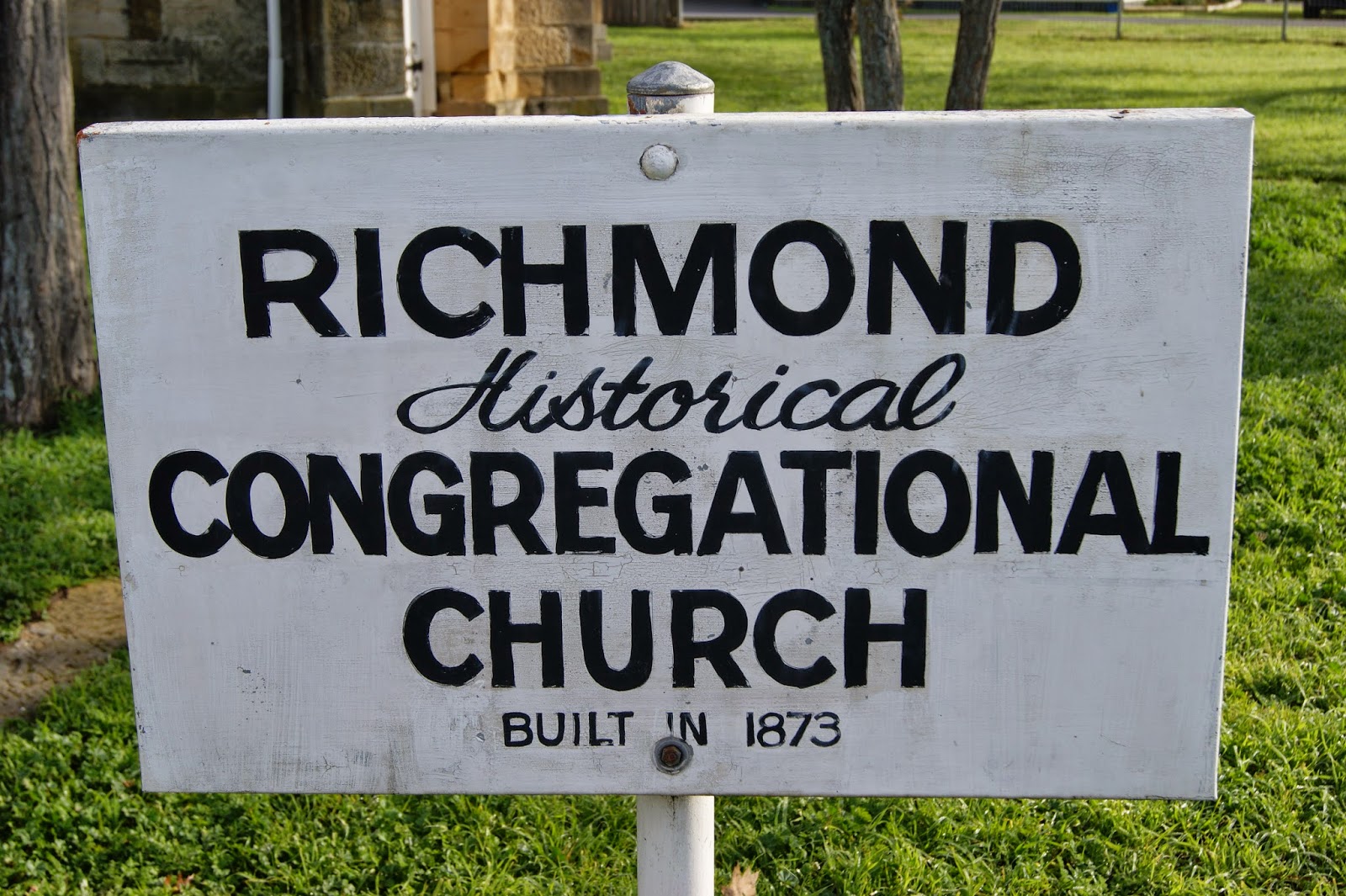 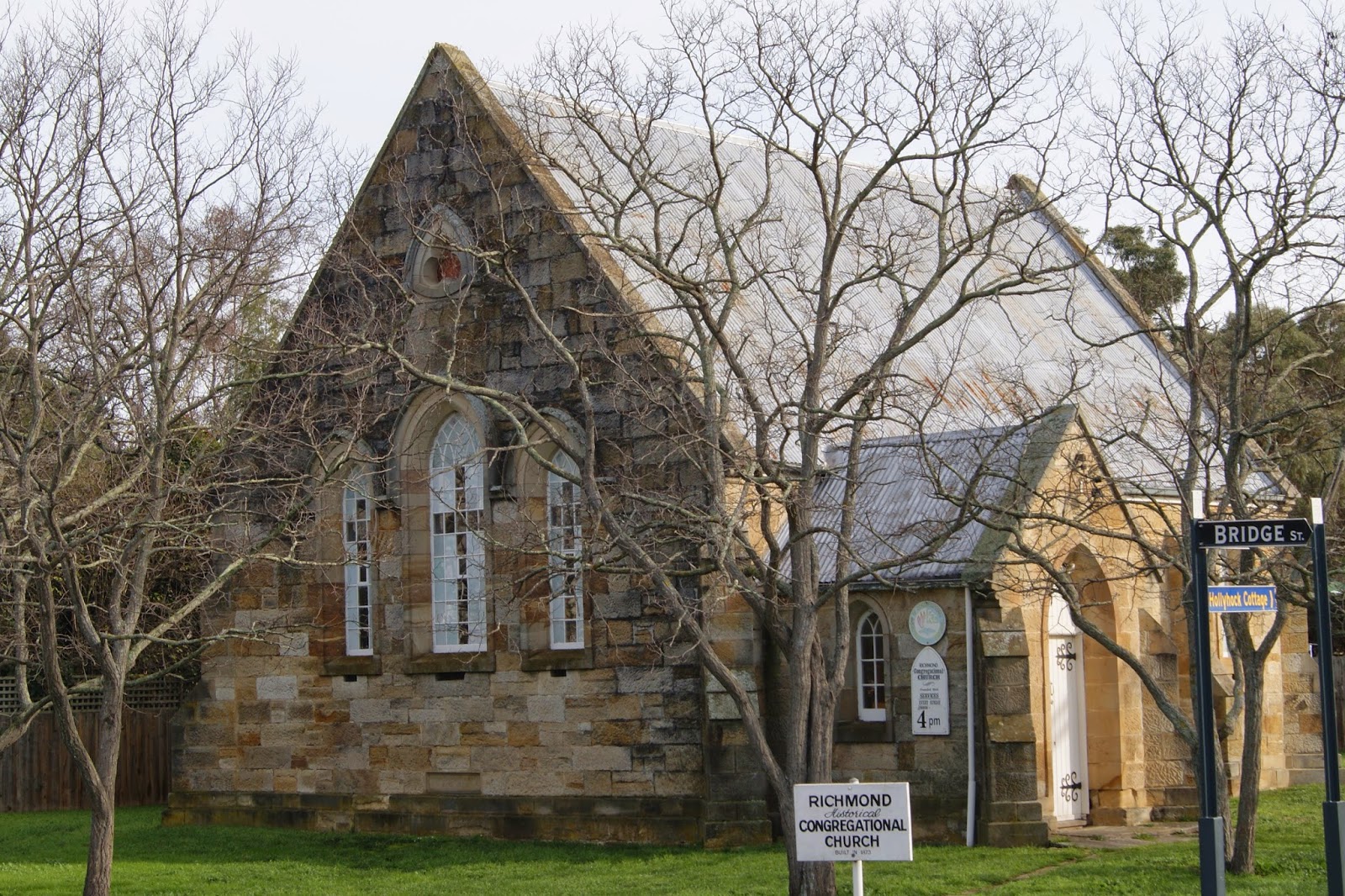 The Congregational church was enthusiastic about encouraging worship in country areas throughout Tasmania. From 1838 the Rev. Alexander Morison was in charge of the Pitt Water district and conducted the first religious services for Congregationalists living in the Richmond area in the local courthouse. A church body was formed in 1844, with ten members. By 1843 the Rev Moses Parker had arrived and made Richmond the centre of his circuit.  Parker worked hard to establish a congregation and made arrangements for the construction of a chapel but he sadly died before it was completed. 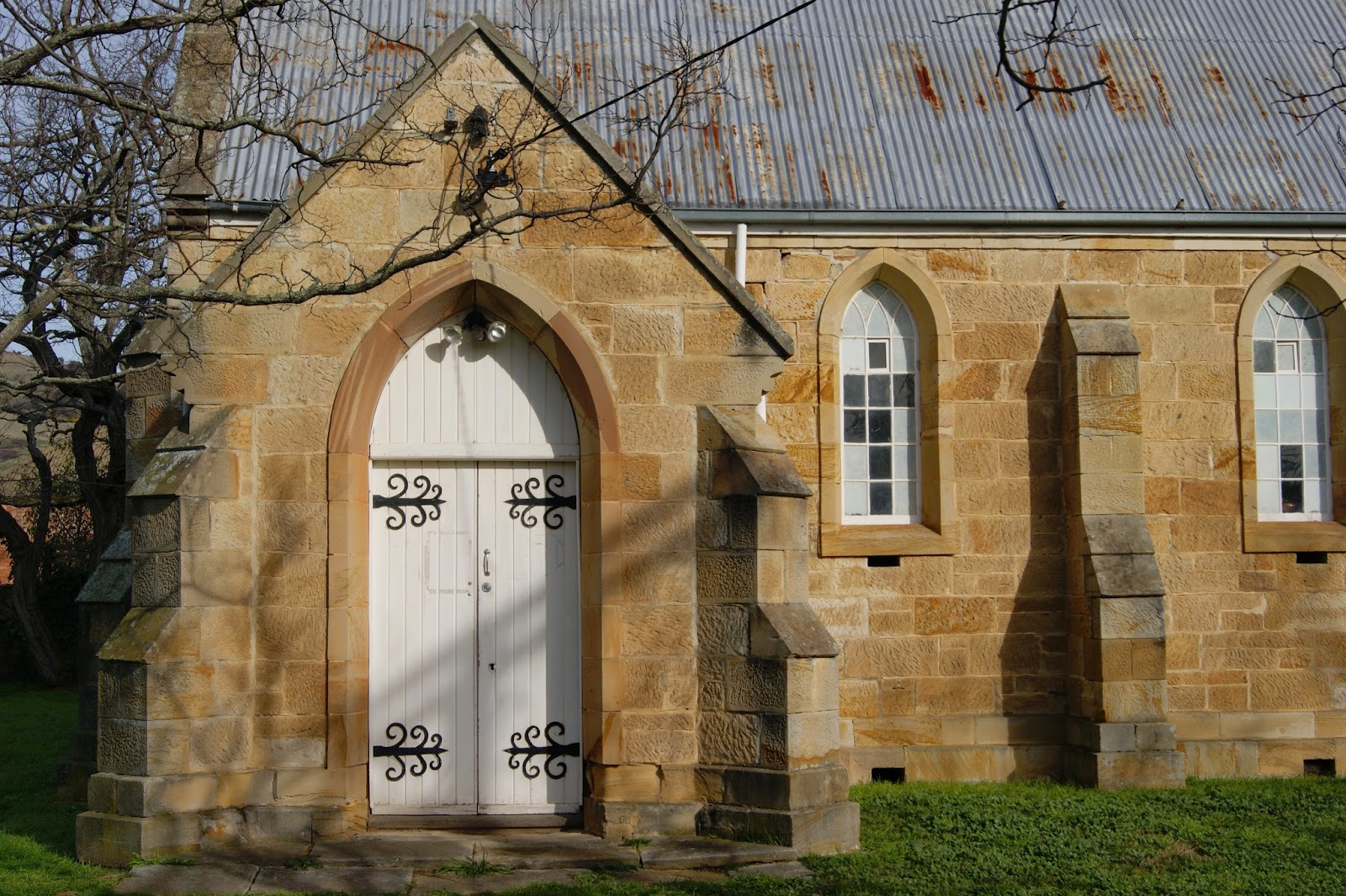 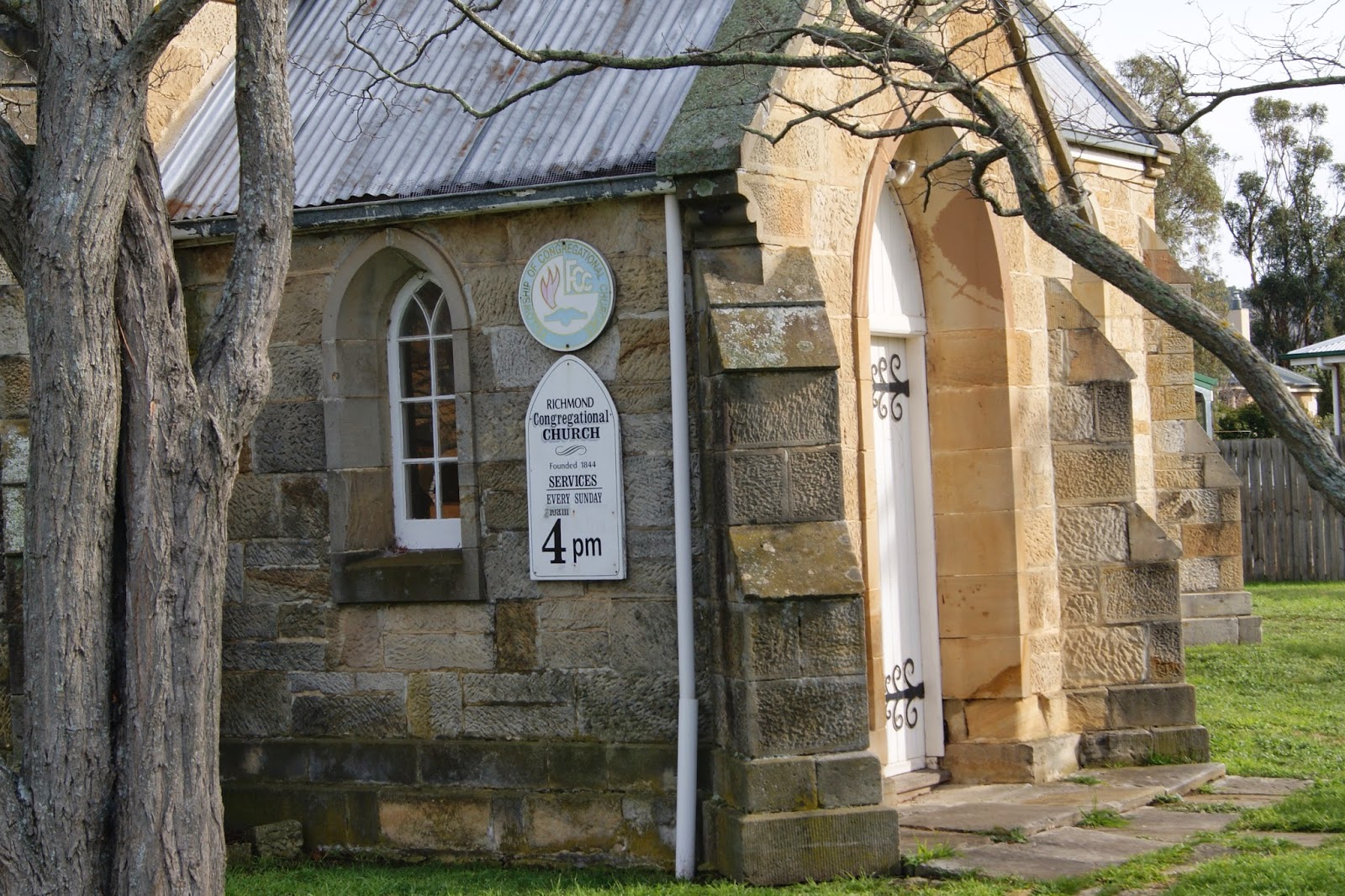 The chapel was located in Torrens Street on a parcel of land donated by John Kestall Buscombe, a successful local businessman.  The conveyance document stated that Buscombe was desirous of enabling the Congregationalists to ‘more conveniently exercise the forms of Religious Worship and other Ordinances of their Persuasion at Richmond.’ 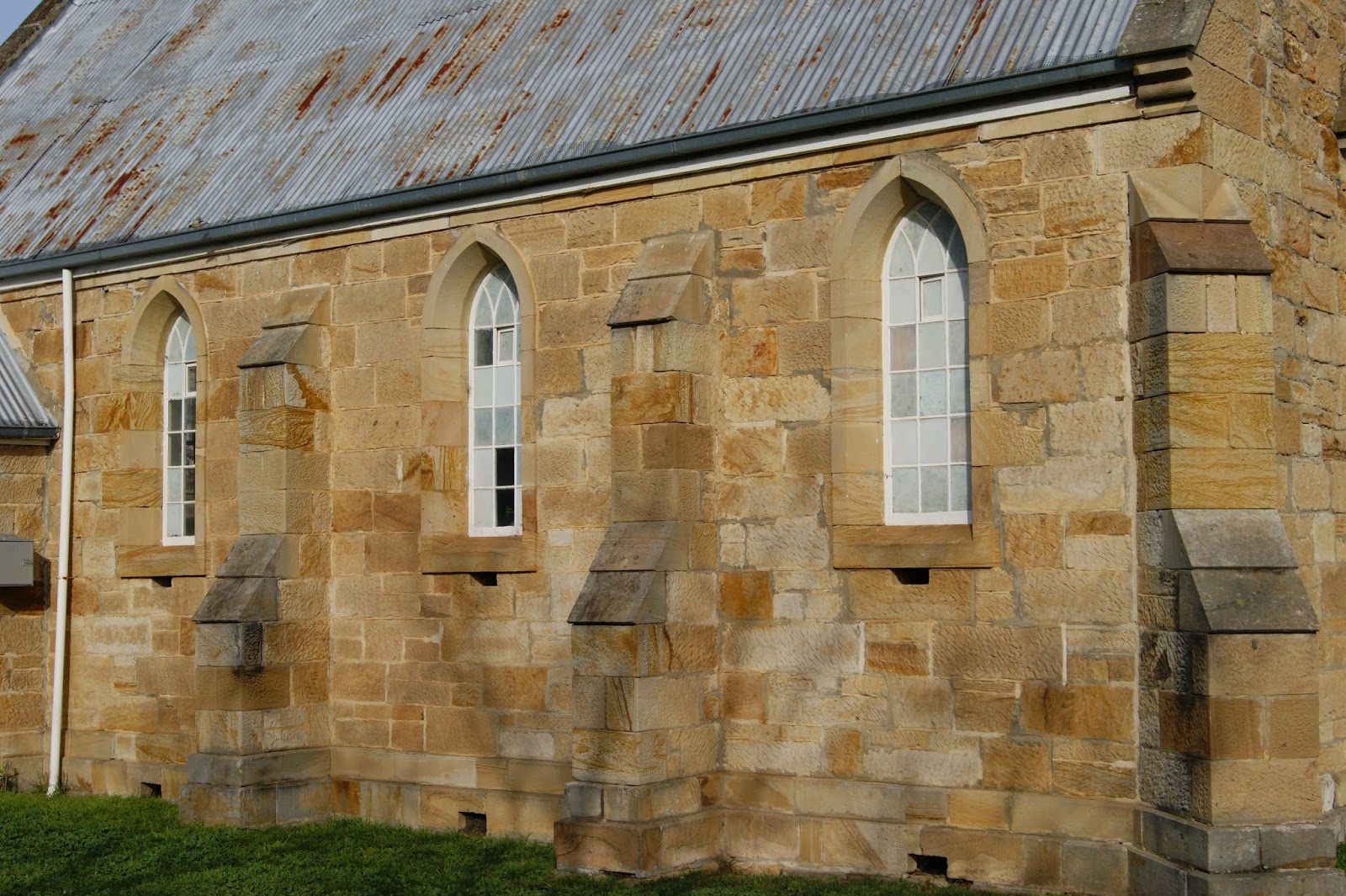 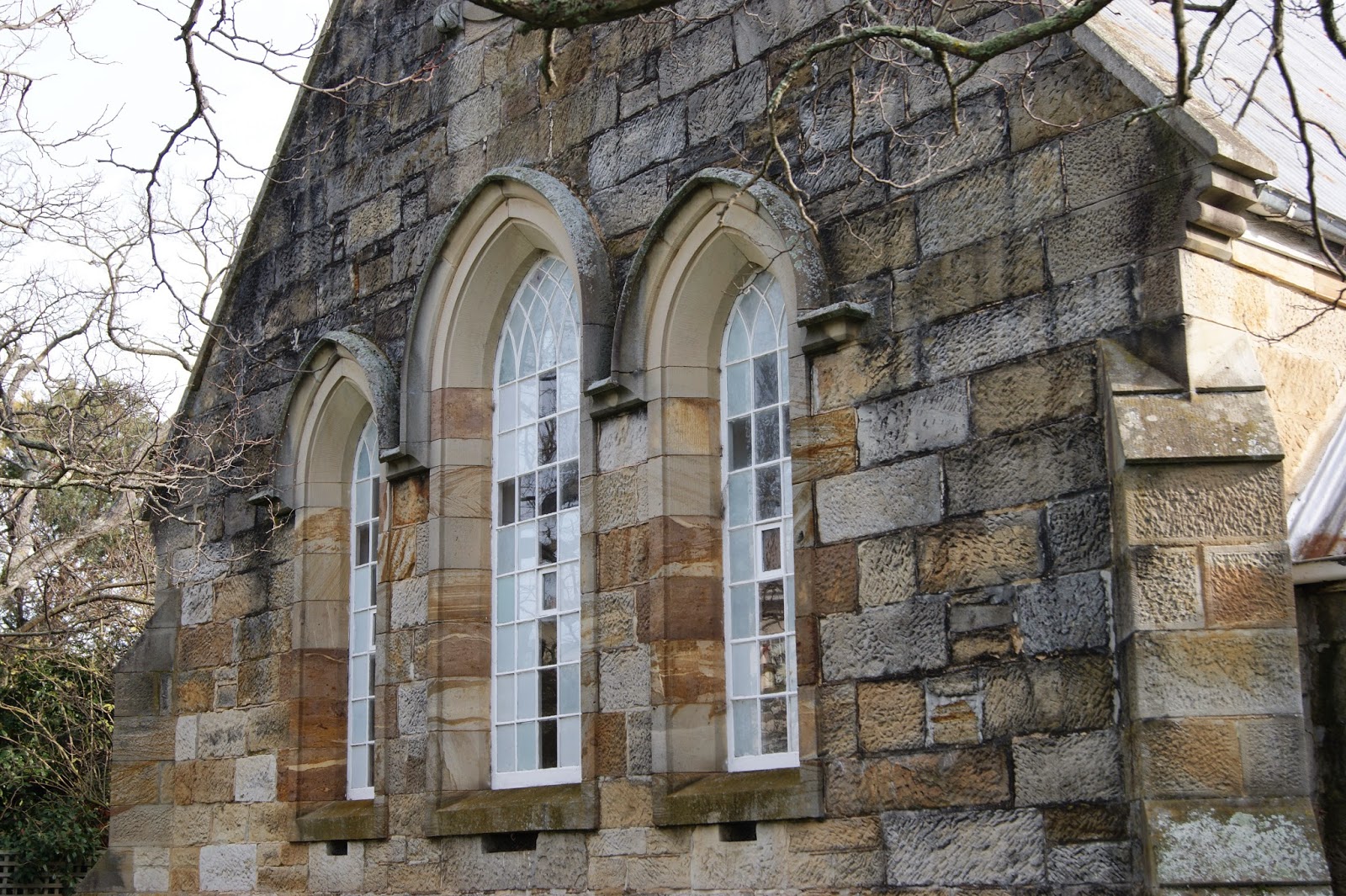 The chapel was opened on Wednesday 3 December 1845 and a collection was made after the service in aid of liquidating the debt on the building.  The land surrounding the chapel was used as a burial ground.
In 1868, the Rev Tinning became the Congregational minister at Richmond and his hard work in the community attracted more worshipers.  In 1873 arrangements were made to construct a new church for the Rev Tinning ‘instead of the half-barn place he was preaching in. The block of land on the north-west corner of Bridge Street / Percy Street junction was purchased by the Congregationalists for ₤50. 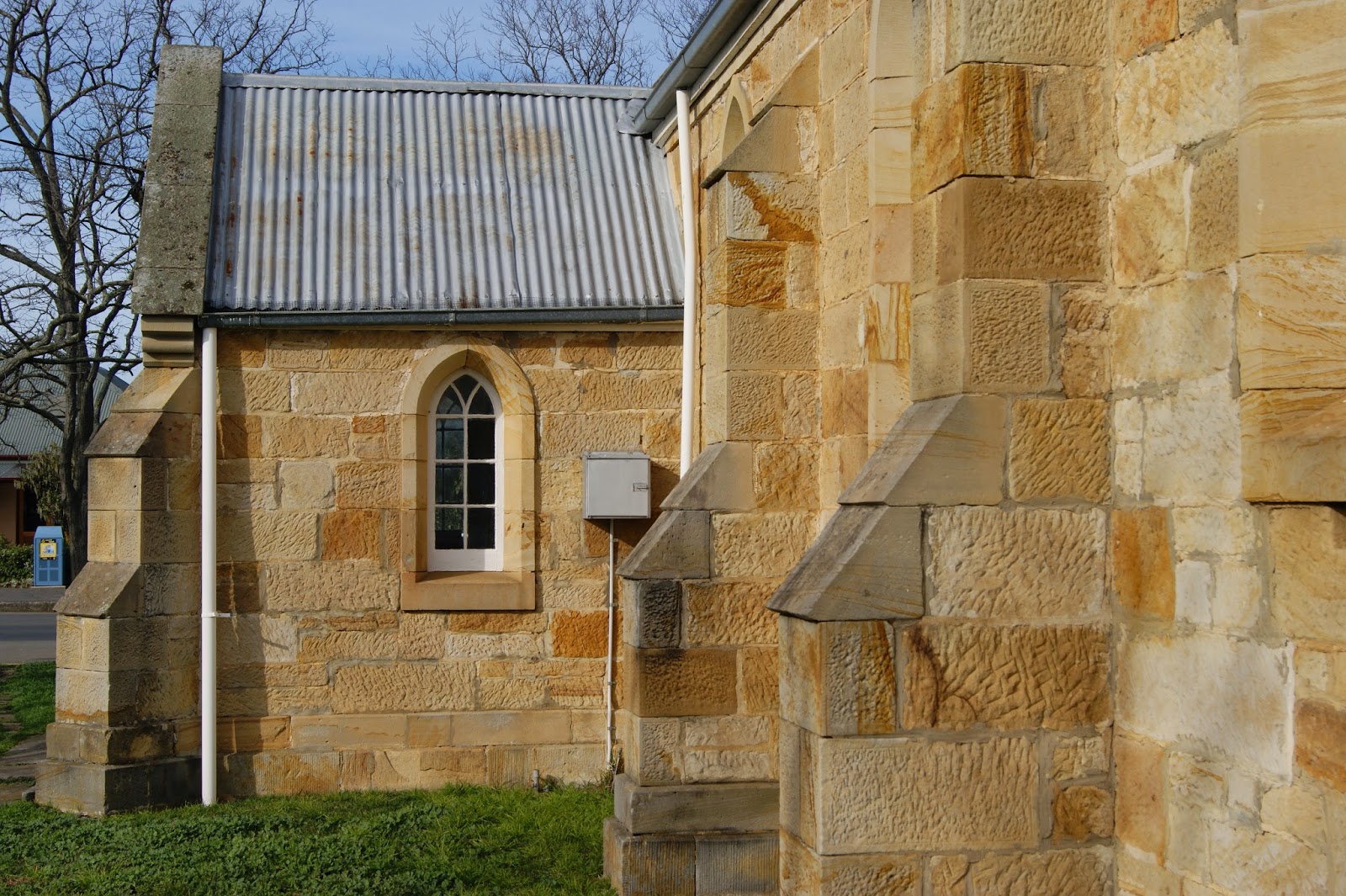 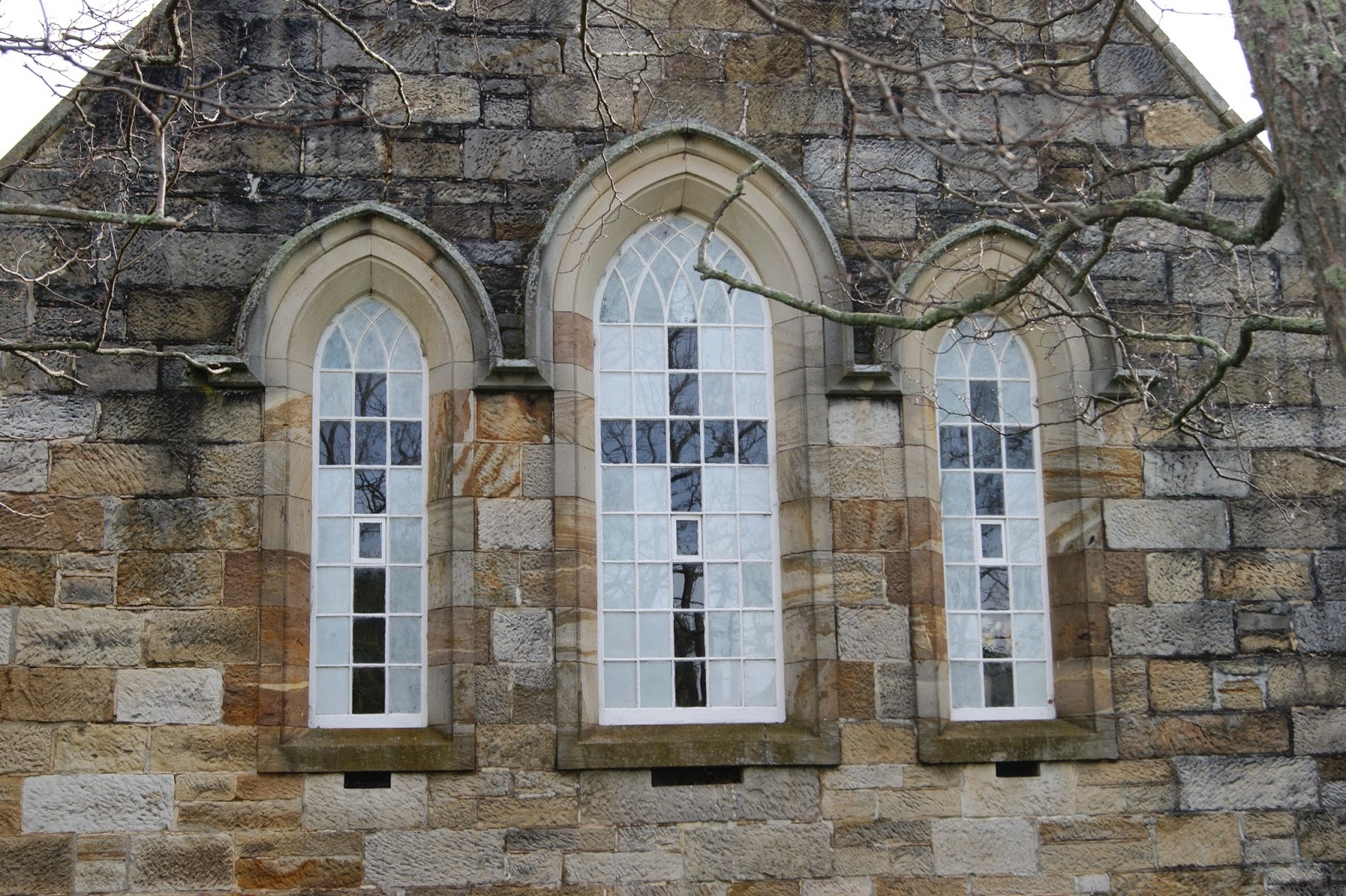 The new church was designed by Edward Casson Rowntree and would accommodate about 120 people.  Tenders were invited in May 1873 and the contract was awarded to John Shipley for ₤430.
The stone for the church did not come directly from a quarry.  The Cornwall Chronicle reported how ‘the decrease of crime in the colony has been illustrated in a very remarkable manner at Richmond, where the Municipal Council is retailing the materials of the gaol to builders.  The cut stone has been purchased by the Rev Tinning, to be utilized in the construction of the new Congregational Church.’ 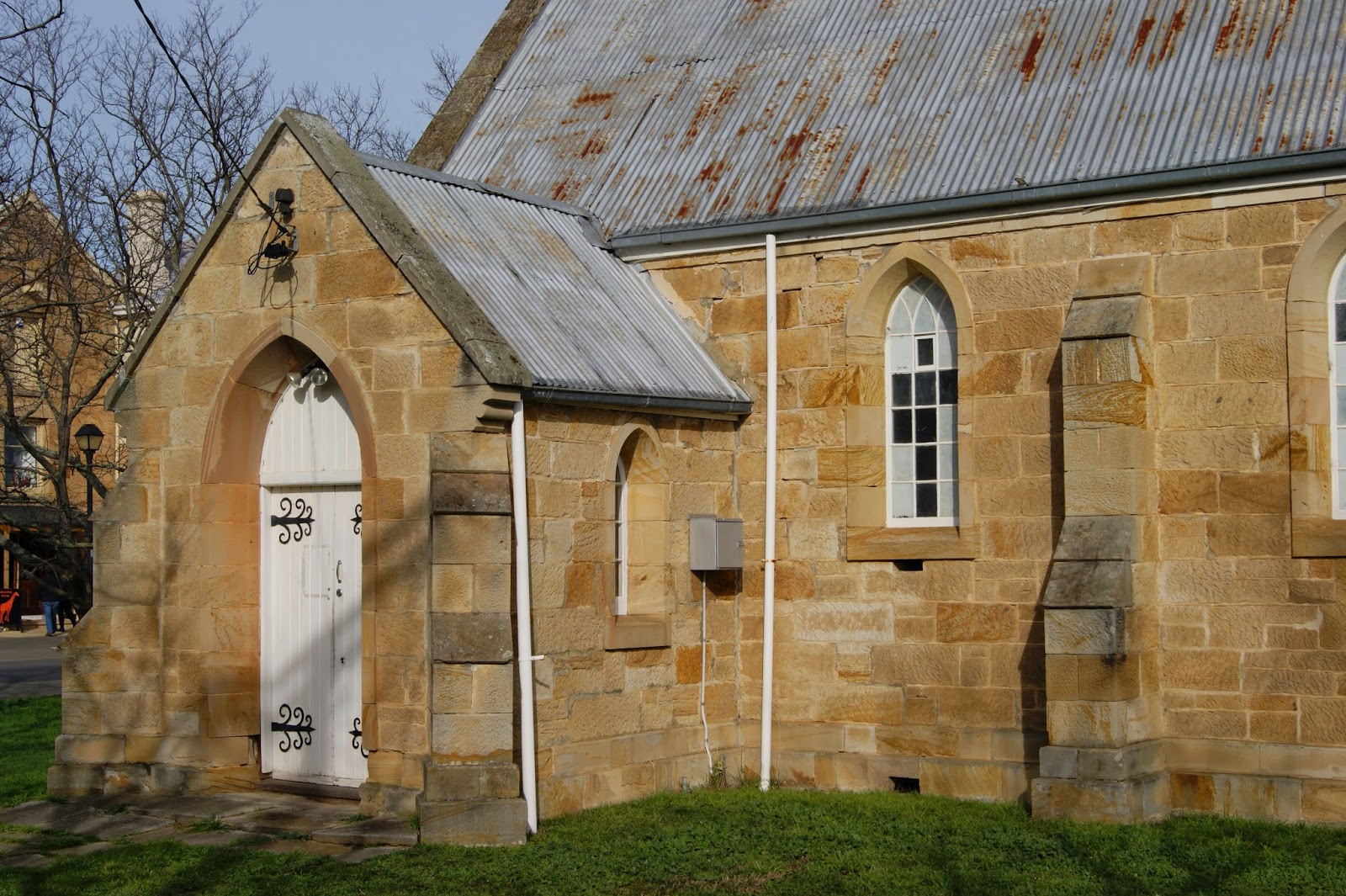 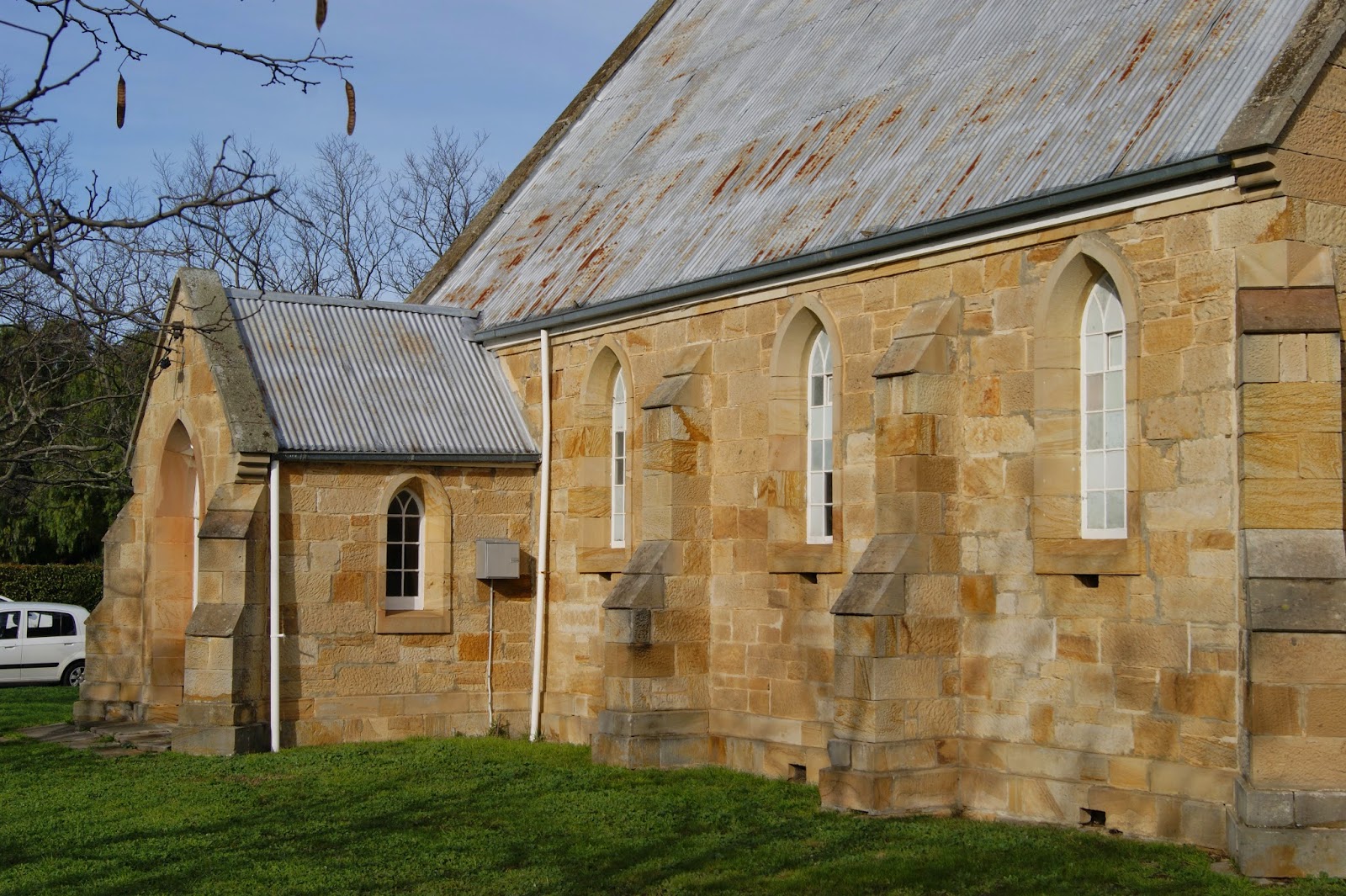 The memorial stone was laid by the Honourable Philip Oakley Fysh, colonial treasurer, on Wednesday 10 September 1873.  There was a collection following the ceremony which realised over ₤40 leaving ‘only about ₤70 to ₤80 wanting to cover the whole expense of the sacred edifice.’ 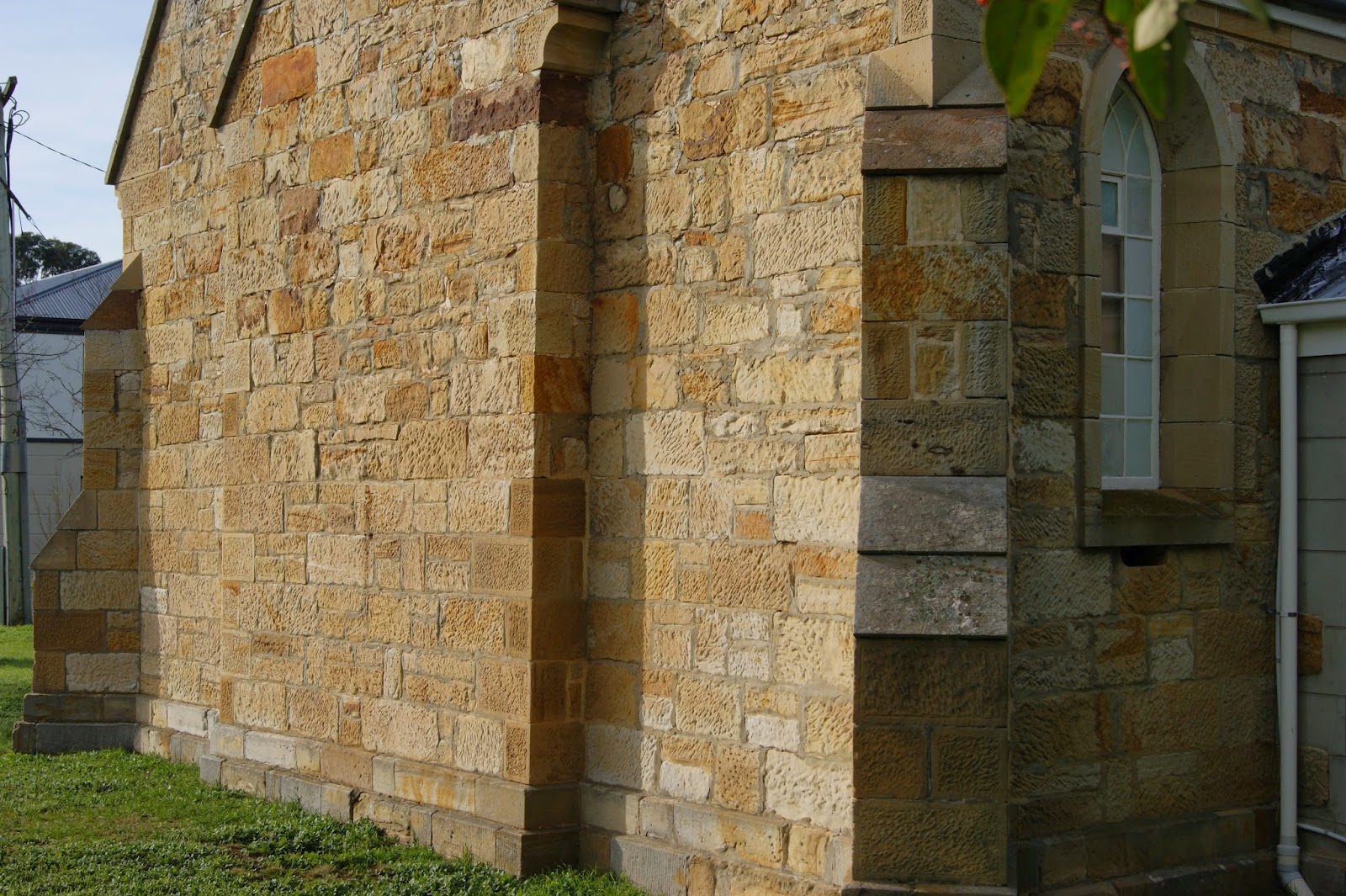 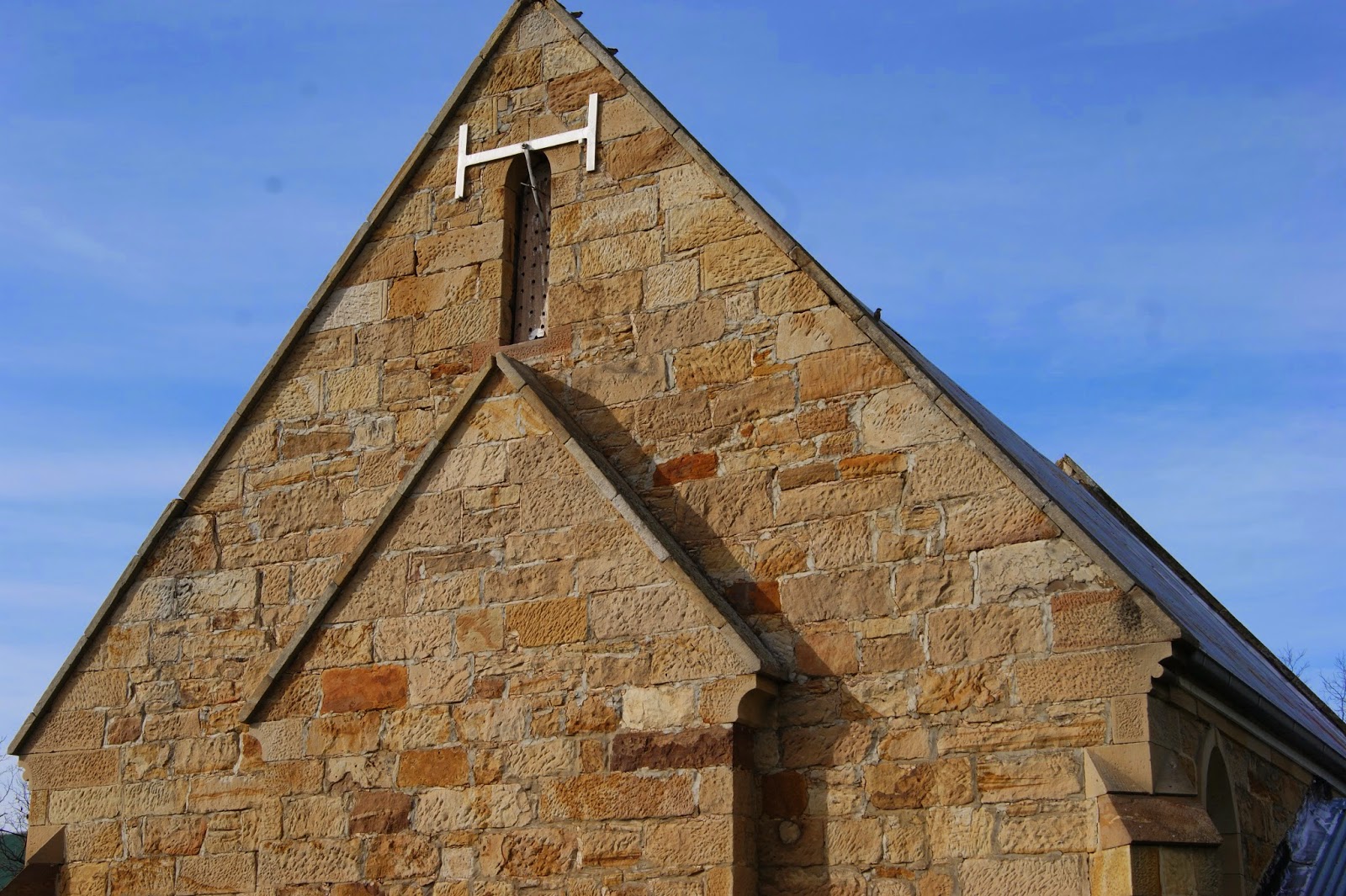 The church was opened on Sunday 17 January 1875.  The Mercury reported on the event and included a description of the building – ‘for neatness, strength of walls and abutments, and a general compactness there are few superior country churches in the island … neatness is joined with severe simplicity, over all the building inside and out. 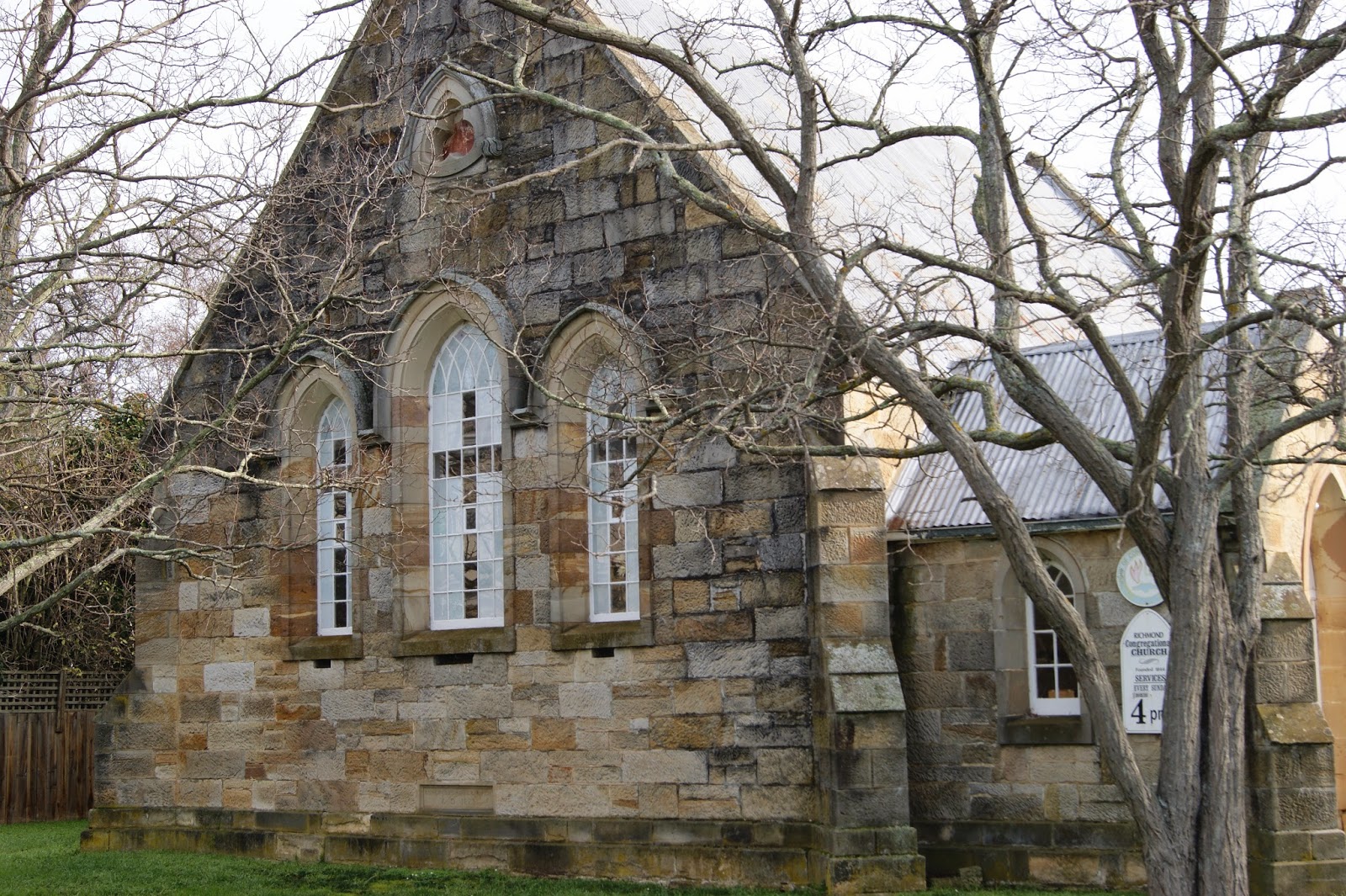 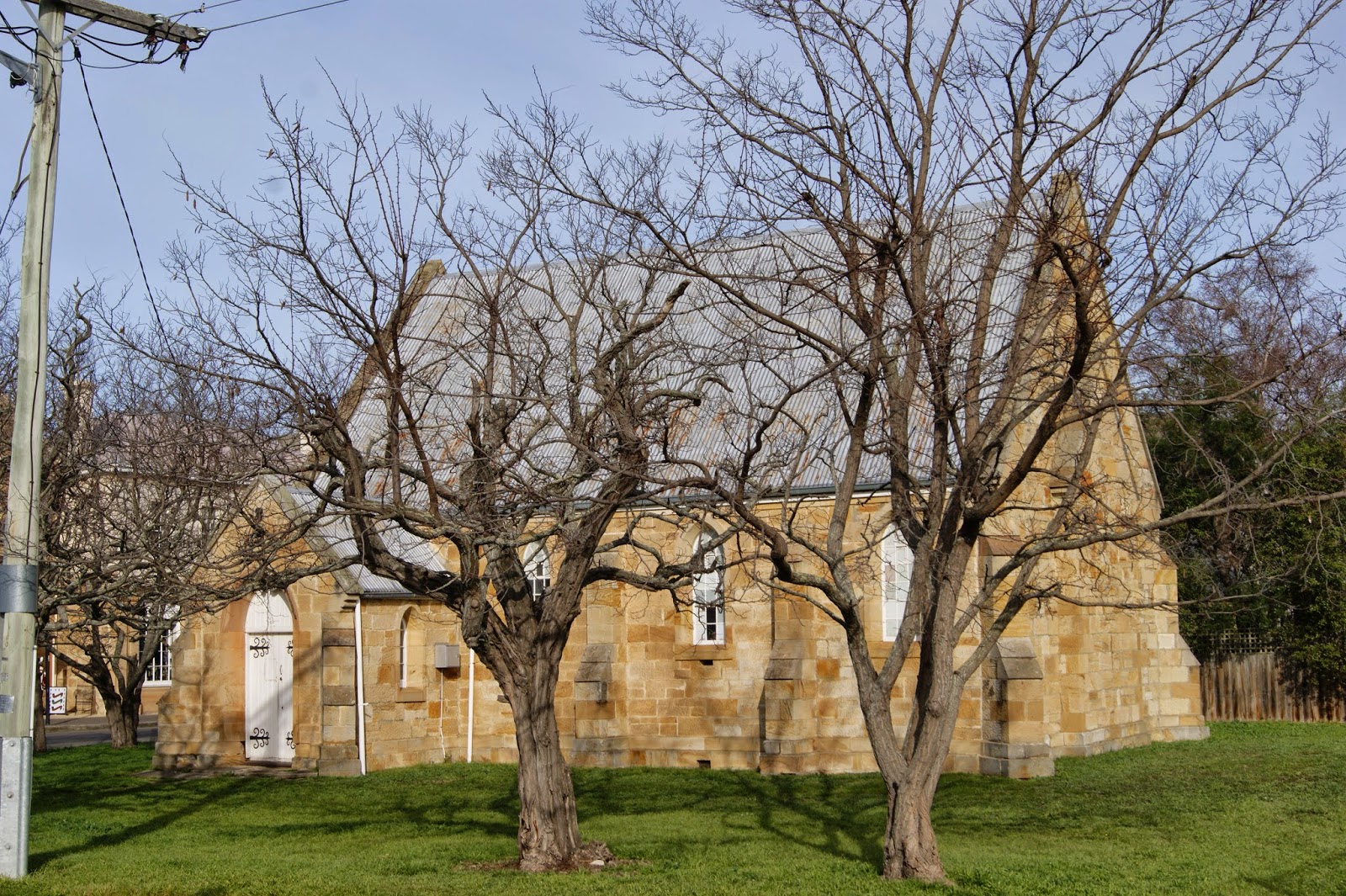 The original chapel was damaged in a storm in 1876 and was subsequently removed, but the Torrens Street site continued to function as a burial ground until around 1920.