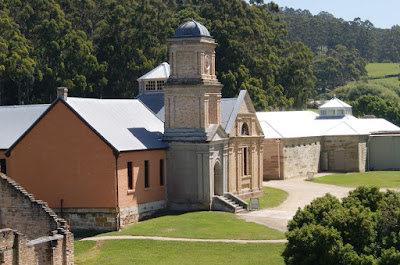 The Asylum was the last major structure to be built on the Port Arthur site, being completed in 1868. For many years previously, the lunatics had been housed in a variety of old buildings around the site. Some of the convicts sent to Port Arthur were probably mentally unstable at the time of their transportation, while others became insane as a direct result of many years within the convict system. 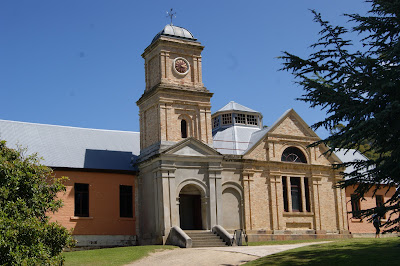 Due to the age of the remaining convicts on site, the authorities were forced to employ “Free Mechanics” (a term used in those days for building tradesmen) to assist with the buildings completion. The costs of the construction was born by the British Government, to serve as some measure of compensation for the reality that these men would never be allowed to return to their native shores. 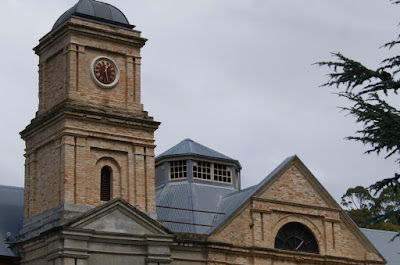 The original building had four wards radiating from the central dining room. The north wings and verandahs, which stood out from what is now the main entrance, were severely damaged in the 1895 fires. The wing was not to be rebuilt when the entry, somewhat altered from the original, was repaired. 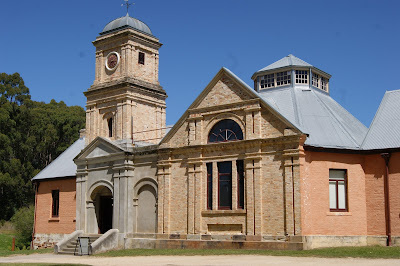 Wooden, dormitory style accommodation buildings stood at the rear of the brick structure but these were also lost to the fires of the 1890’s. Very little was known about mental illness at the time and the preferred treatment was considered to be mainly confinement. It is perhaps, therefore not by accident that this building is located next to the Separate Prison. 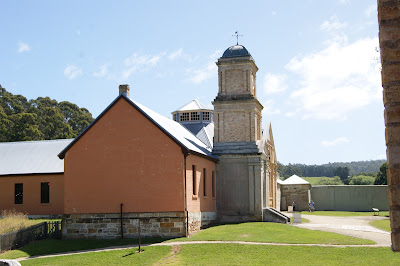 The Commandant reported in 1871 – “The wings are used as dormitories and the patients who occupy iron bedsteads, have ample space while the rooms are cheerful, well lit and airy. The general body of the patients take their meals in the central hall which is well lit by a dome lantern. 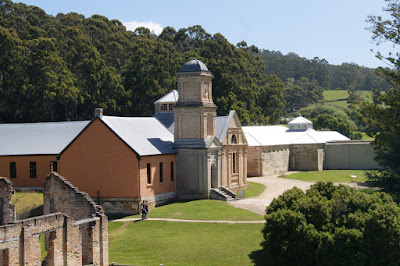 However, visiting novelist, Marcus Clarke, saw things a bit differently when he visited in 1874. He noted “Some leant listlessly against the walls, some raved in locked cells. The criminal lunatics were of but two dispositions. They cowered and crawled like whipped fox hounds or they raged, howling blasphemous and hideous threats and insults upon their gaolers. By 1876, only two wards were in use and 18 of the 19 patients were classified as invalids. 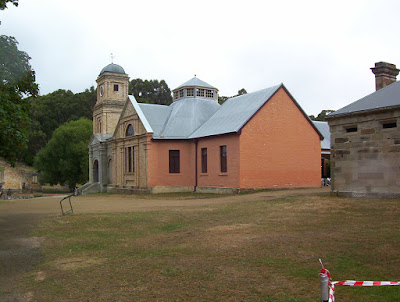 The Asylum remained in Government hands until it was handed over to the Carnarvon Town Board in 1889 for use as their town hall. The bushfires of 1895 destroyed the old building, but although it was promptly rebuilt, the design was different and the clock tower, featuring the clock from the penitentiary, was erected at a different angle. Around this period, the building was also used as a community hall and for a period of time was also used as a school. 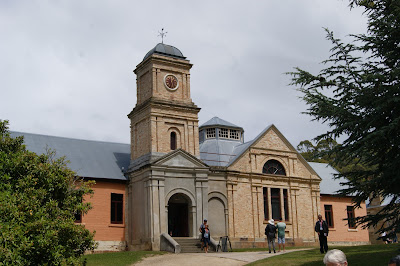 The local council conducted its business at various places around the peninsula but by 1938, it moved into the Asylum building and remained there until a new council chamber was constructed at Nubeena in 1973.
The Asylum has been lovingly preserved and now features a coffee shop, a small museum and site interpretations.