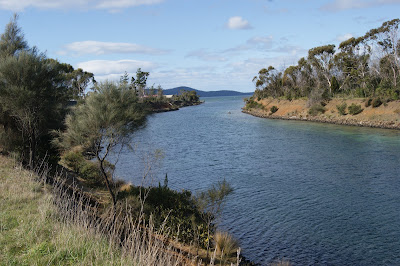 The Denison Canal is the only purpose built sea canal in Australia. When the famed colonial explorer, Captain James Kelly, was undertaking his 1815 circumnavigation & mapping of much of the Van Diemen’s Land coastline, he had to have his small sailing vessels hauled across the East Bay Neck area in order to avoid having to undertake the voyage around Cape Raoul to Storm Bay and the beginning of the Derwent estuary which was often a stormy and hazardous voyage. 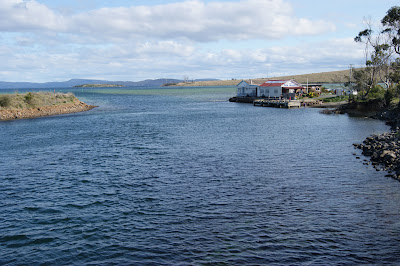 As the years progressed, isolated settlers who had moved into the region had no connecting roads to the markets in Hobart and were dependant on sea transport involving the long and difficult passage around the Tasman Peninsula. The first known suggestion that a canal should be dug across the area that was known as East Bay Neck seems to have appeared in print in the Hobart Town Gazette around the 1830’s. 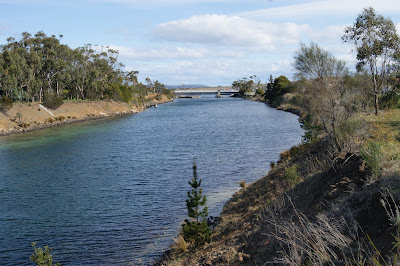 It was suggested that convicts who were being used by the Government of the day to work in most of the public works and infrastructure projects should be used to do the work of constructing the canal. At one point in the 1840’s, while the canal had yet to be started or even planned,  convicts had been used to build a wooden railway which included a rail truck to carry boats across the isthmus. All the time, the local settlers were continuing to pressure the government to build the canal and link Blackman Bay & Norfolk Bay. 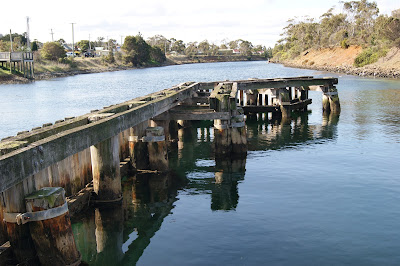 Sir William Denison, who was the final Lieutenant Governor of Van Dieman’s Land looked to revive the idea in 1854 when he asked for a report into the viability of the canal but the idea was shelved, either because it was considered too expensive at the time or because not long after he commissioned the report, Denison was transferred back to NSW. Local residents continued to petition the government for the canal to be dug through the 1870’s but the suggestion continued to fall on deaf ears. 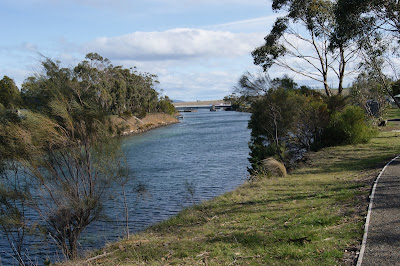 It took until the turn of the century for the concept to be revived and despite the Premier of the day, Elliot Lewis reportedly being against the project, the project was commenced in 1902. As the construction went forward and the excavation got below sea level and the original wooden/steel swing bridge was in place, the water was allowed to enter the new canal. 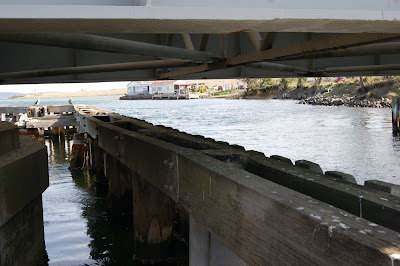 Dredging in the two approach channels to the canal produced over 37,000 cubic metres of material. If all this material was made into 1 cubic metre blocks, they could have been laid in a double line for the entire length of the Tasman Highway from Sorell to Port Arthur and still had 25,000 blocks left over. Construction was virtually complete, and the canal unofficially in use, by March 1905. 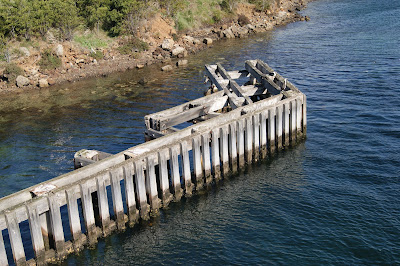 The original bridge was swung open, much as it does today, by pivoting from its eastern end. In the early days of the bridge, it was hand cranked with a removable crank handle that was located directly above the bearing on which the bridge turned. It is reported that it took 28 turns of the crank handle to open the bridge to allow traffic to go through. 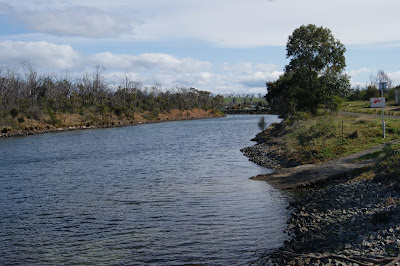 The Governor of Tasmania, Sir Gerald Strickland, performed the official opening of the canal on 13th October 1905. The SS Dover was charted in Hobart to bring a party of 70 to the opening where they attended a luncheon banquet in a marquee at the Dunalley Hotel. On the official invitation to the opening of the canal, it was described as the “East Bay Neck Canal” but at the official opening ceremony, the Governor declared the canal open and announced the name as “Denison Canal”. 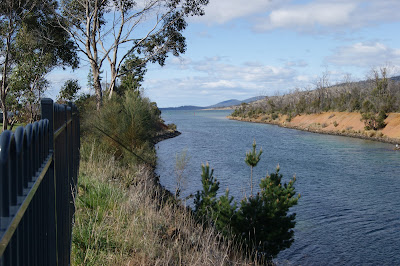 The canal is still an integral part of the community life and the bridge was upgraded to a full steel structure and its operation electrified in October 1965. 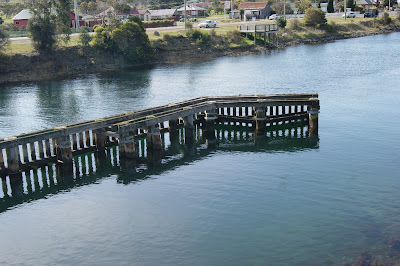 Main Text & Information Sources –
Interpretive Signs at the Site
“Dunalley Hotel 1866…and the township of 1857" – Walter B. Pridmore