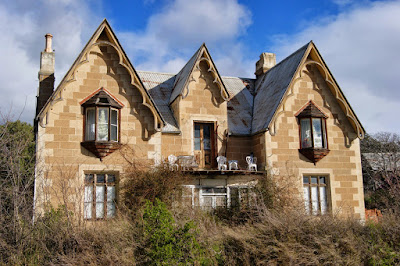 European settlers began to settle along the Derwent River, after settlements were established at Risdon and Sullivan's Cove in 1803. When the penal station at Norfolk Island closed in 1807, Daniel Stanfield established himself at Green Point (Bridgewater) shortly afterwards. By 1820 the west bank of the Derwent River was lined by farms. By 1816, Black Snake was a substantial settlement with a constable, pound, hotel and ferry. A few years later there was a small school with 23 pupils. 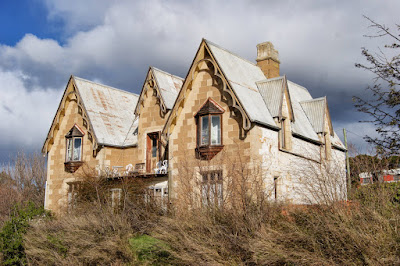 At this time there were two main crossing points on the Derwent River, from Roseneath (Austin's Ferry) to Herdsman's Cove and Old Beach, and from Black Snake to Herdsman's Cove and Green Point. Travel by ferry was sometimes dangerous and often inconvenient, being dependent on the river current and prevailing wind. The crossing was also unreliable because ferrymen were notorious for delaying their departure to ensure increased business for the adjacent inns. The Black Snake ferry was operated by Richard Burroughs (or Burrows) from his public house and his service complemented James Austin's more frequently used punt at Roseneath, while also plying a river trade to Hobart and possibly New Norfolk. 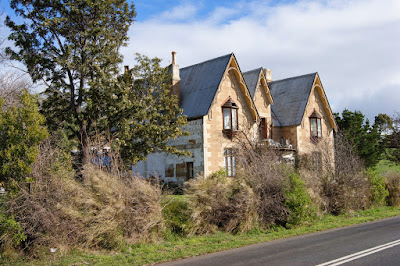 In 1818-19 a much awaited road was constructed between Hobart and New Norfolk. The road ran along the foreshore around Black Snake and was widely criticized for its inadequate bridges, raised stumps and poor drainage which meant that it was often impassable in winter. Despite its shortcomings, the road assisted the development of the district and the success of the local public house. Between 1819 and 1825 the diary of Reverend "Bobby" Knopwood noted frequent visits to the Black Snake Inn which was often referred to as the "half way" house. A plan of the Inn, probably dating from 1826 shows two double fronted buildings. The plan also shows a hut by the Derwent River, possibly associated with the ferry crossing. All early drawings of the Black Snake Inn show structures with a flag pole and flag fronting the River. 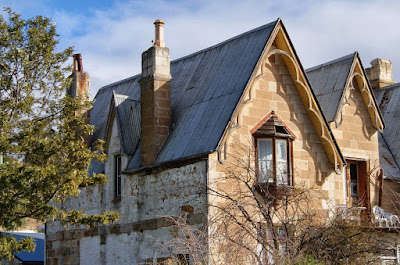 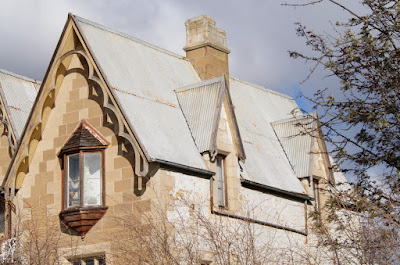 Governor Arthur's Land Commissioners visited the Black Snake Inn in 1826, remarking that its licensee, Presnell, was in the "true Style of a selfish Settler" giving all who passed "all the trouble in his power". They suggested that a Government ferry or bridge was essential. Presnell's neighbors complained to the Governor in 1830 about his blocking the road and therefore their access to services. During the 1820s, pictorial images of the Black Snake Inn show a crude double fronted structure. 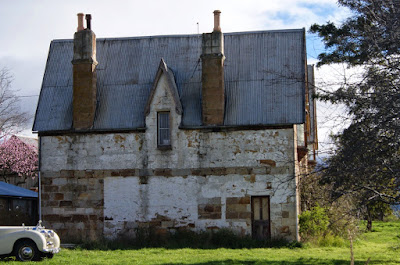 By 1830, the Inn was a popular stopover and important staging point on the routes to New Norfolk and Launceston. A ferry carried passengers across the Derwent River to Green Point. By 1833, the Inn was acquired by George Robinson. By August he had built a "new house' at Black Snake and advertised the lease for the old inn premises as a possible store. His new Inn was drawn by Louisa Meredith, probably in the mid 1840s and the structure depicted is almost certainly the building known as the Black Snake Inn today, showing the same form. 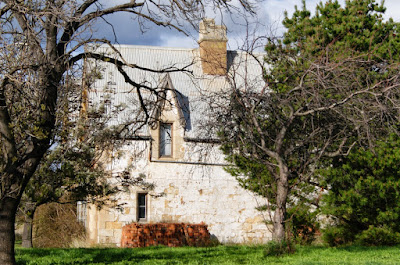 In 1835, when the Bridgewater Causeway was under construction, Robinson offered the Black Snake Inn for lease. He described the Inn as "that most desirable Establishment ... with all its lucrative advantages from the Coaches and Ferry. The Inn itself is a spacious Stone Building with every convenience, comprising 15 rooms, namely - 3 large parlors, 2 well-finished sitting rooms, 6 up-stair rooms, 4 of which are neatly finished. The kitchen contains a large oven and a bed-room with store-room attached. The stables are large and commodious with coach-house, piggery, fowl-house; also a large garden well-stocked with fruit trees of the choicest kinds. The Inn has been newly stuccoed, and is pleasantly situated on a rise about 40 yards from the Derwent, with a carriage drive in front ... The Ferry crosses to Green Point and its closeness to the great undertaking at Bridgewater, now nearly complete, ensures it constant traffic. ... It is not more than 600 yards from the Bridgewater Causeway, and is rapidly increasing in business, the traffic between New Norfolk and Hobart Town constantly passing the door, which will be increased when the Bridge is opened by that from Launceston and all other parts of the country". The Causeway was completed in 1836 but it was used mainly for carts and pedestrians. The first bridge linking with the Causeway and completing the crossing was completed in 1849. 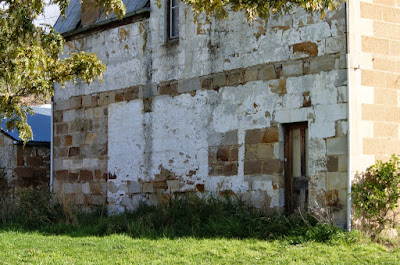 The Inn's license was held until 1856 and four years later the Inn was still a coaching stop, where coaches plying the route from Hobart to New Norfolk changed their horses. Subsequently, the Black Snake became a private residence. In the late 1930s, it was purchased by Keith Dickenson who provided some accommodation for workers during construction of the new bridge across the Derwent River. He also sold fruit from his orchard at roadside stalls, and as demand increased, he began to stock a small range of refreshments for passing cyclists and motorists. 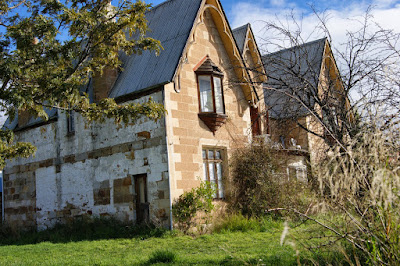 The Black Snake Inn is significant for its association with Derwent River ferry and road crossings. The Inn is reported as the second ferry inn on the site and some of its fabric may date from as early as 1833. It is significant for its initial function as a ferry inn accommodating passengers using the commercial ferry services run by the Inn's operator. In addition, the Inn is significant for providing accommodation for travelers on the Main Road between Hobart Town and New Norfolk, and those using the Bridgewater Causeway. The Inn survives as an important element showing the construction and evolution of public and commercial river crossing infrastructure since the 1830s. 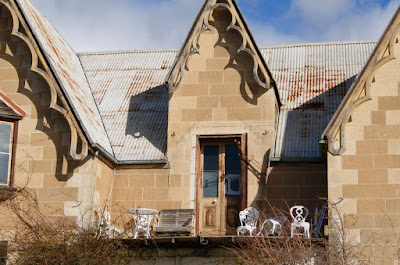 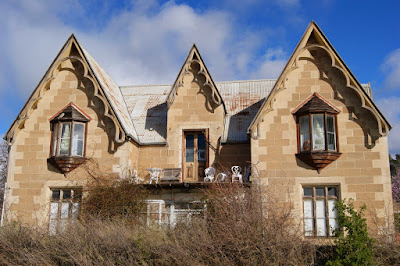 The Black Snake Inn is a fine example of a Victorian Rustic Gothic building. It survives in good condition and its structure retains evidence of internal fittings and finishes and is a rare example of a ferry inn constructed adjacent to a jetty, to accommodate ferry service passengers across the Derwent. The Black Snake Inn is a picturesque building and is a landmark on the Derwent River.