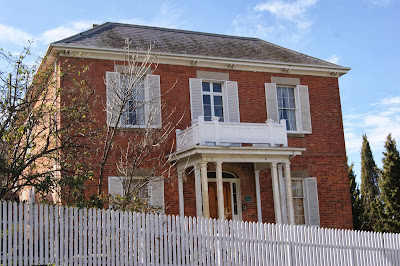 A fine example of a late Georgian residence in an imposing hillside location with superb views of the River Derwent.  The man who started the construction of this tall three storey house of red colonial brick was no stranger to sadness, adventure and perhaps more than a little bit of mischief. 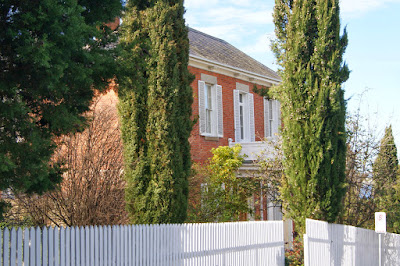 Hugh Cokeley Ross was a barrister, solicitor and conveyancer who arrived in Van Dieman’s Land in Dec 1822, on board the Regatta. He was admitted to the Lt Governor’s court on the 1st April the following year. He was admitted to the Supreme Court the very next day. His ownership of the land on which the Priory still stands was twelve years into his future. He suffered a bitter blow in 1825 when his 26yo wife, Sarah, mother to their 4 small children, died and was buried in what is now St David’s Park. 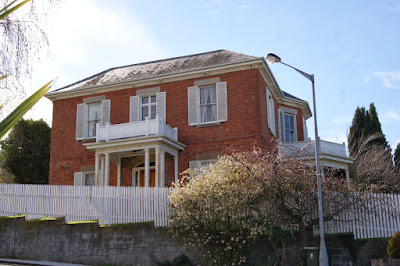 By 1835, when he had purchased what was then a very large block of land where the Priory stands today, he was acting as Crown Solicitor for the colony and had been married again. His second wife, Anna Maria would eventually bear him a further 4 sons. His newly acquired land had a frontage on Davey St and extended down to the Sandy Bay Rivulet. The area was about 1.5 hectares. The man who he bought the land from - a Commander in the Royal Navy, Charles Colville Frankland, had built a small cottage on it. Ross set about changing it to “an elegant and spacious residence” of one storey and consisting of at least six rooms. 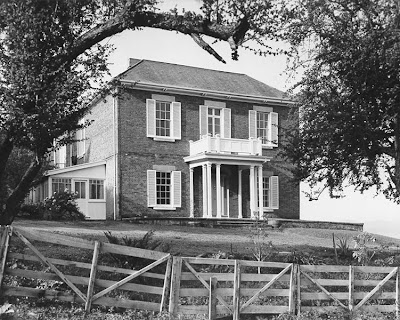 Sadly, by 1840, Ross found himself in financial difficulties and by December that year had been forced to advertise the property for sale. The reason given for the sale was that Ross’s professional engagements required his constant residence in town. However, worse was to come for Ross. Because of the existing financial climate in the colony at the time, the house was sold for considerably less than expected and thus, a month later The Hobart Town Courier newspaper carried the following story:
“A great sensation has been occasioned by the absconding of Mr Hugh Ross, the Crown Solicitor with, it is said, a considerable sum of the public money” 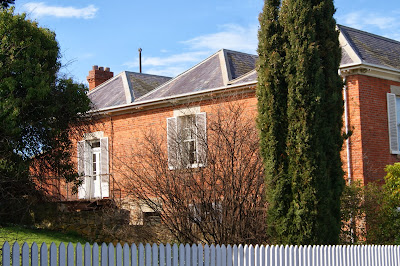 He was eventually caught, returned to the colony to face trial and was ultimately acquitted on a technicality. In the late 1850’s the Priory was bought by a city chemist, Henry Hinsby, who added the 2nd floor. In 1864, he completed its construction by adding the attic bedrooms.
The present owners have confirmed that the first floor verandah on the southern side of the building is still, - in the words of the press advertisement of more than a century  and a half ago – “commanding a most delightful view of the harbour and Sandy Bay. 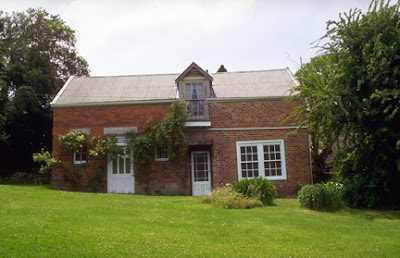 There is also an attractive outbuilding of single storey brick with tall attic space on the property which still survives in good condition.