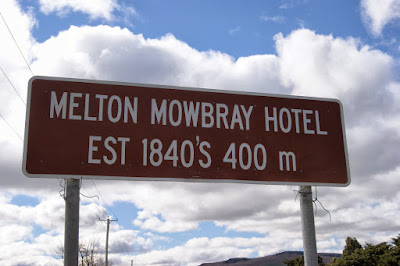 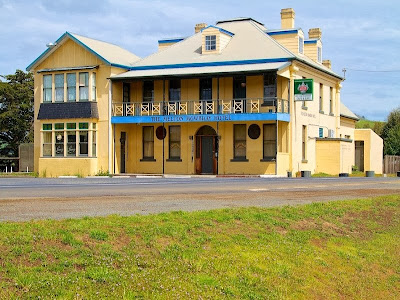 Melton Manor located in the Tasmanian southern midlands is a sprawling complex over 3 levels. Since its construction in the mid 19th century the Melton Manor host’s have accommodated military, landed gentry, government officials as well as transported convicts. The convicts not faring at all well as they were secured in an underground cell devoid of any facilities or light which was the norm during the period of history. 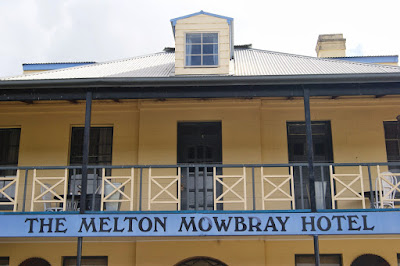 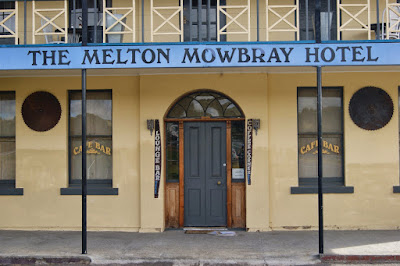 Melton Manor was regarded among the most esteemed as a prominent destination for race horse and hound hunt enthusiasts and was renowned for hosting such events. Mr. Blackwell (the original owner) was revered for his sporting accomplishments among peers and was often sought for coaching. 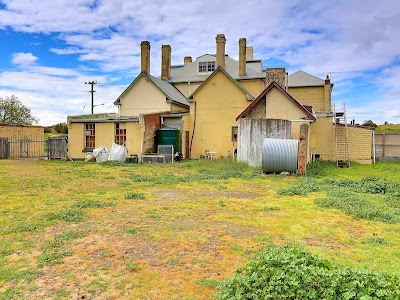 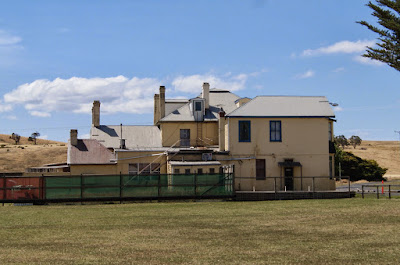 The Hotel was built by Samuel Blackwell who came to Australia in 1840. A decade later, Blackwell was granted a stage coach licence for a two-wheel vehicle to run between Green Ponds and Bothwell for 12 months. A year later he bought land at Cross Marsh (now Melton), and in 1858 he built a large two-storey inn which he named Melton Mowbray after his birthplace in England. 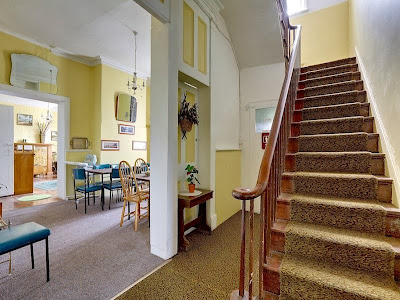 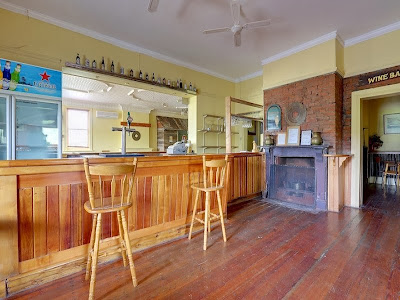 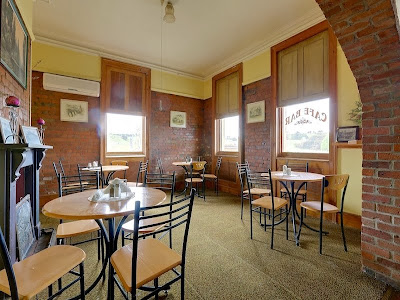 In 1853 he entered horses in the Town Plate run at New Town. A few years later he decided to import a racehorse from England, and commissioned a Mr. Brown of Hobart Town, to select a suitable one during a visit to the Old Country. Mr. Brown bought Panic while the horse’s owner was absent from home, and there was consternation when he found his favourite racer had been sold. However, he agreed to let the purchase stand, and received 1,000 guineas in payment. 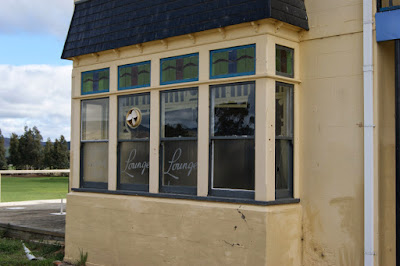 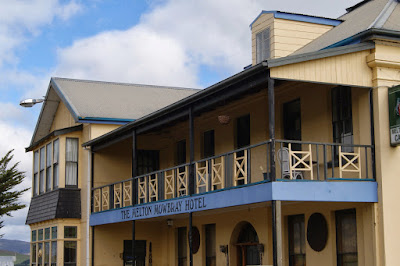 Panic enjoyed success in races, the most notable being when he won the “Championship” of 1865, and ran second in the Melbourne Cup. Then he was turned out to stud, and one of his first stock was Strop who won the Launceston Cup four times. Another of Panic’s foals was Nimblefoot, which won the Melbourne Cup. In 1860 Blackwell acquired a pack of Beagle hounds, and he hunted them as the Southern Hunt Club hounds. He had a deer park on his property, and a racecourse built at the rear of the hotel. 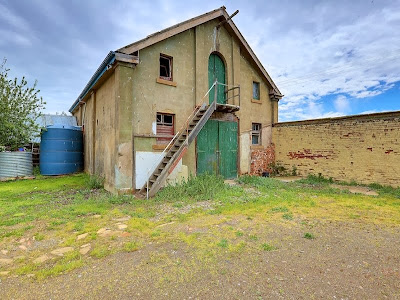 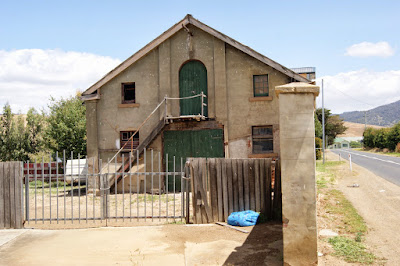 It was not unusual for travellers on the coaches from Hobart to Launceston to break their journey for two days at Melton to converse with Mr. Blackwell and admire his trophies and the handsome pictures which adorned the walls. Many members of the Government stopped at Melton Mowbray, and when Governor Weld was appointed in 1875 he made a habit of spending all his annual holidays at Melton and travelling up there for all the races. 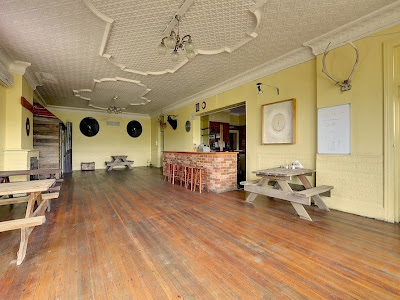 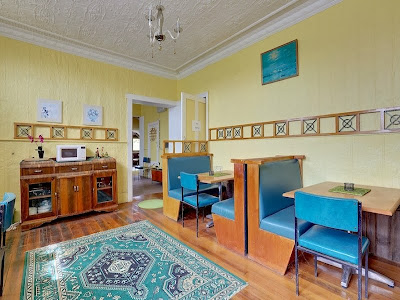 On one occasion His Excellency sent his children and their governess to the hotel for six weeks’ holiday especially for Mr. Blackwell to teach the children to ride. During the first Royal Tour of Australia in 1878, the Duke of Edinburgh was the guest of Mr. Blackwell at Melton Mowbray. 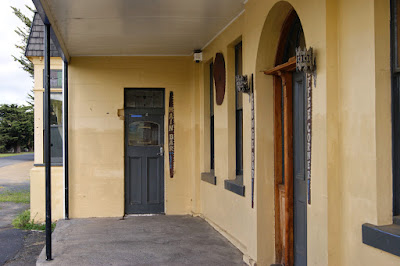 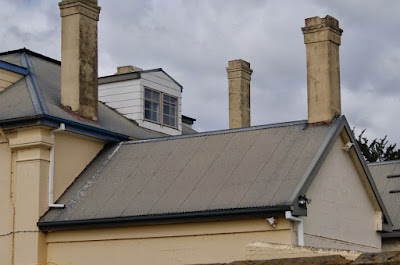 In the early 20th century a ballroom was constructed which was a beacon to the districts residents and enhanced Melton Manor’s popularity as an entertainment venue and travellers retreat. The building, now known as The Melton Mowbray Hotel, features a secret convict’s cell and hidden servants’ quarters. 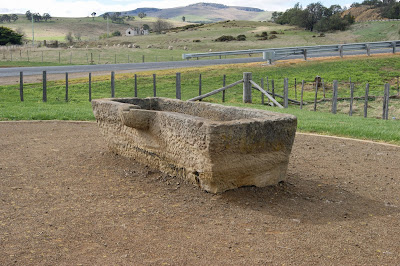 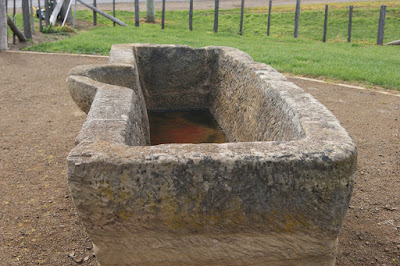 It is also the site of the Heritage listed Stone Horse Trough which is one of the few remaining horse troughs still located in its original position and in excellent condition. A reminder of the horse drawn past and the importance of the Inns on the stagecoach routes that opened up the new colonies.
The property was recently up for sale. 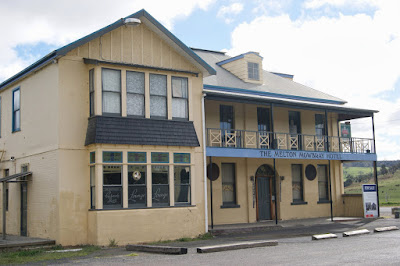 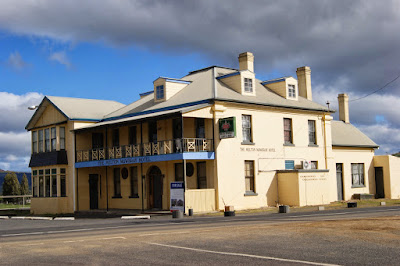