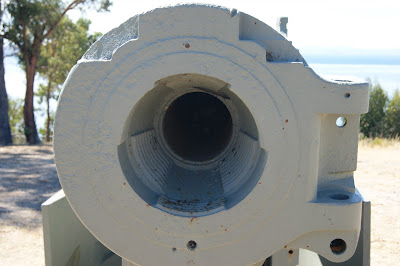 With the outbreak of World War II, the Department of Defence acquired land near South Arm close to the mouth of the on the eastern shore, from a Mr. Courtland Calvert and his sister in September, 1939. At first, the land was used purely as a training ground, with mock battles that were disruptive to locals being fought day and night. But as war preparations evolved, the Commonwealth decided that the would require some degree of defence to protect the state’s vital zinc industry that was crucial to the war effort. 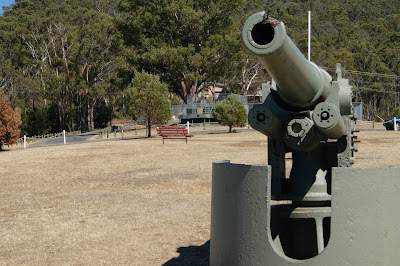 Major Mark Pritchard was the first commanding officer of the new defences that became known as . By the end of 1939, construction of two fortified six-inch (152 mm) Mk VII gun emplacements, and a small four room weatherboard control building had been completed. There was also soon a flagpole and set of naval signals. 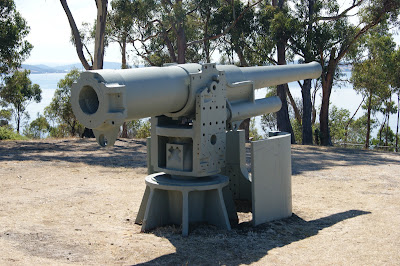 Throughout the war, there was a 24-hour watch every single day, and the site was usually manned by at least 15 Royal Australian Navy personnel. A record of every ship entering the between 1940 and 1945 was kept. Between 1941 and 1944, both guns were regularly used for training exercises. Although never used in hostile action against enemy vessels, the guns were fired in anger once. A liberty ship entering the mouth of the failed to obey instructions issued from the Naval Command on the hill above the fort, and one shell was accurately fired across her bow, which immediately resulted in the liberty ship hoving to. 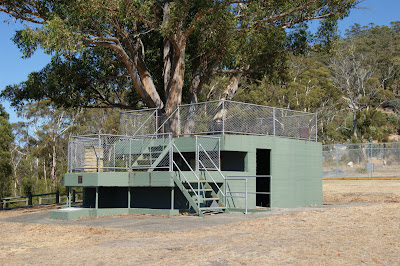 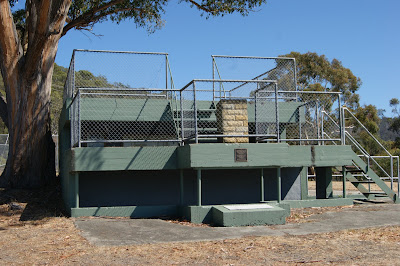 On the opposite western shore of the at Point Pierson, near the hamlet of Tinderbox, just off the east of near ,  another emplacement was constructed with one four-inch (102 mm) gun and became known as . Several huts to house men were constructed at this location as well as an observation building and a complicated underground tunnel and command structure. Local residents recall barbed wire still surrounding the site well after the war and the site’s de-commissioning. Nearby Goat Bluff was also the location of further underground tunnel systems. This fort was to protect the sea approaches to the and itself. 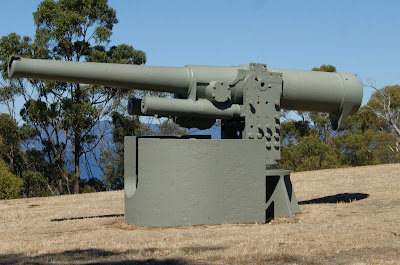 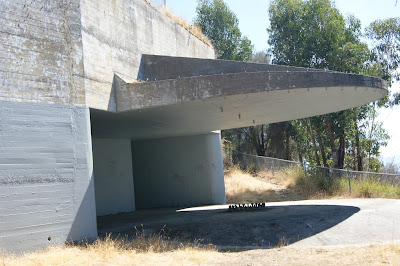 The only enemy action to ever affect happened on 1 August 1942, when a submarine-launched Japanese spy plane flew from the submarine’s mooring in Great Oyster Bay south along the east coast of , before flying northward along the surveying and then returning to its mother submarine. Although both emplacements detected the flight, the plane was at too high an altitude to fire upon, and no aircraft were available to intercept it. After this event, two anti-aircraft guns were positioned on nearby hills, but the Japanese never returned to again during the war. 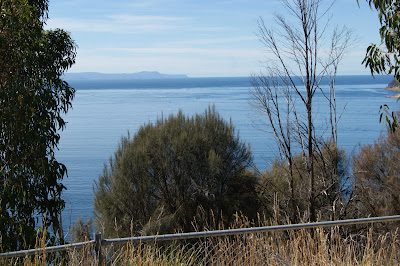 Although the site is not from the colonial period, it forms another unique piece of the history of the Hobart Coastal Defence system that began in the earliest years of the new settlement and includes Kangaroo Point and Alexandra Batteries. , although only constructed and utilized during the 2nd World War, still has historical significance in the history of and sections of the fort, such as the observation building and the concrete reinforced gun emplacement, situated on the cliff face, are able to be visited and viewed. 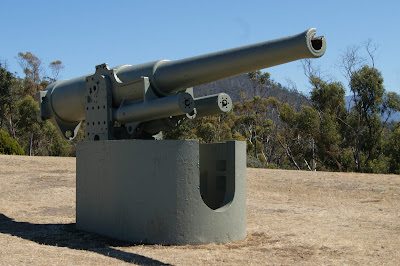