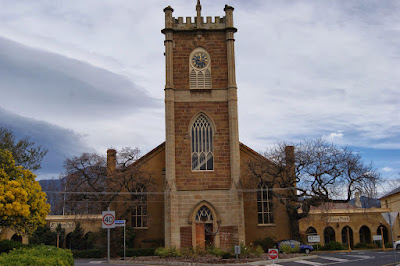 St John's Anglican Church dates from the mid-1830s and is the oldest church in the New Town area. By the late 1820s, New Town had become a semi-rural retreat for some of Van Diemen's Land's wealthiest public servants and businessmen.  These gentlemen lobbied Lieutenant-Governor George Arthur for a church to be built in the area, and when the Colonial Administration started making arrangements for a large new orphan school to be built in New Town, the facility was designed to include a church that was 'sufficiently large to afford accommodation for the neighboring inhabitants' as well as the children from the orphan schools. 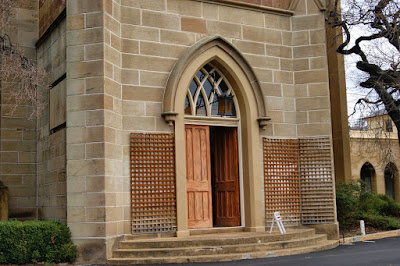 A Committee to solicit and receive donations from the public towards the cost of the larger church was formed in June 1830 and ultimately collected over ₤800 of subscriptions. The original subscription list shows Arthur's personal contribution of 25 guineas. 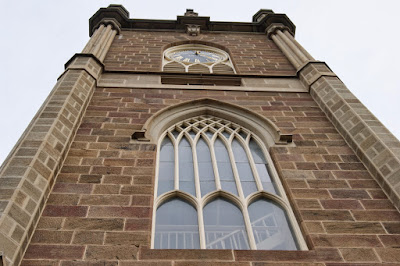 The Church and Orphan Schools with their spectacular symmetrical front elevation were designed by the colonial engineer and architect, John Lee Archer.  Built in 1834-5, the church is the focal element for the St Johns precinct being linked visually to the watchouses by St Johns Avenue with its fine planting, and joined to the orphan's school by colonnades. 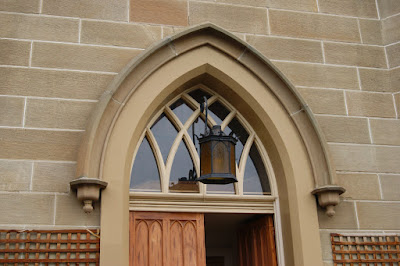 The foundation stone for the Church was laid by Lieutenant-Governor Arthur in January 1834 'amidst great pomp and ceremony'.  The convict-built Church was opened for service in December 1835 but was not formally consecrated until May 1838 because of delays in arranging a visit from Bishop Broughton, the first Bishop of Australia. 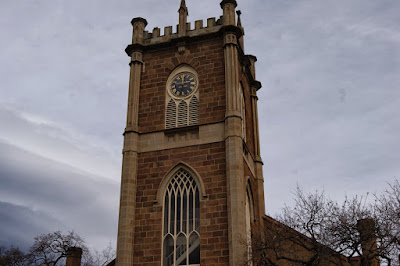 In its early days, the congregation consisted of the 'Gentry', who rented boxes and pews in the centre of the church. Government House had a private box close to a large open fireplace. The church was heated by four large fireplaces. Each box and pew was lit by candles, as was the whole church. 'Lighting lamps' were introduced in the 1850s and burned whale oil. There were also 'free' seats were under the South Gallery, three steps higher than the rest of the floor. These were occupied by the family servants and other members of the community. 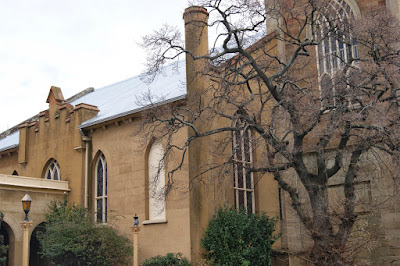 The North Gallery (near the Bell Tower) seated the children from the Orphan Schools. The South Gallery was for the convicts, who sat on narrow backless benches securely fastened to the floor. The division in the centre that separated male and female convicts can still be seen. There also remains one of the two Warders' or Guards' seats, placed strategically by the stairway, and a half-door which was securely bolted. There were three locked doors to be negotiated before they could leave. 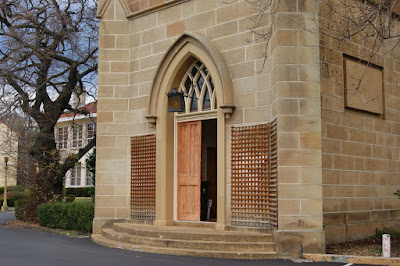 The present Pulpit is all that remains of the huge original, which was one of the famed triple-tiered constructions of the time. Plans show it occupied the opposite end of the church facing the altar. The clock was made in London in 1828. The tower is built of stone, the church of hand-made brick. The rafters were hewn on Mt Wellington and hauled down by convict teams. The paneling is cedar. 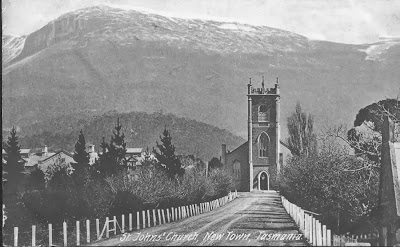 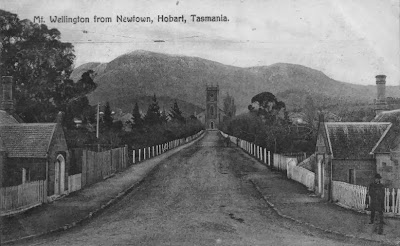 The 1896 William Hill organ is one of the finest organs in Tasmania and St John's Church is noted for its magnificent acoustics. In June 1897, trees were planted along St Johns Avenue to commemorate Queen Victoria's Diamond Jubilee. 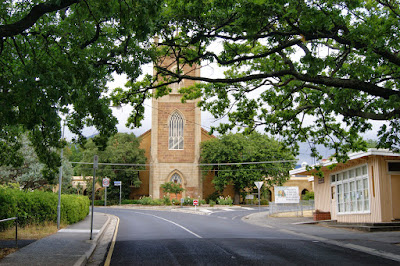 A church history noted that about 1900-1905, 'such shame was felt at its early history, that irreparable damage was done in altering and stripping the church of any and everything connected with its convict past'.
The Church is still used for regular worship.