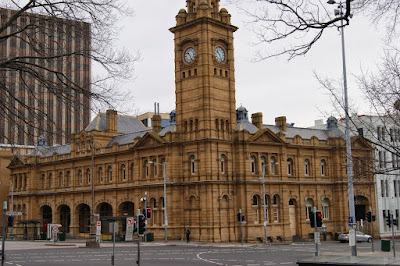 Postal services were an important feature of Australian life from the early colonial period, given their role as the only means of contact between Australia and Britain for much of the 19th Century. Postal offices were among the first infrastructure developed in each new town and each new colony. The isolation of Van Diemen's Land from the United Kingdom was immense. Correspondence, both official and domestic, was intermittent and it was not unusual for a stampede to occur when a ship arrived in Hobart. The first mail from Van Diemen's Land was carried by ships engaged in whaling and sealing with captains often paid 'in kind'- an early order from Governor King to Lieutenant Collins authorized the payment of 30 empty salt meat casks in return for carriage of dispatches to King's Island. 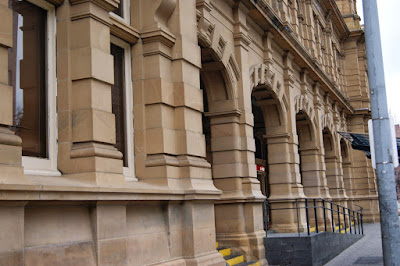 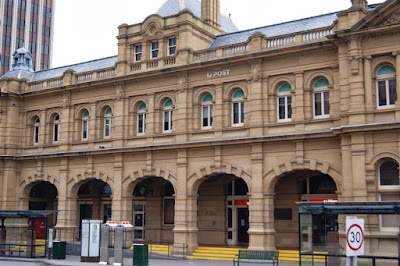 Appointed by Lieutenant Governor Davey in 1812, John Beamont accepted the position of Postmaster-General although he hoped for appointment as a Crown Agent. By 1814 he had resigned to take a better position, as he received no remuneration other than postal fees. In 1814 James Mitchell was appointed Deputy to Isaac Nichols, Postmaster-General of New South Wales and operated the service out of his house on the corner of Argyle and Macquarie Streets until 1818. In 1815 he mailed the first letter by public conveyance to the Secretary of the Post Office in London bearing the address- Hobart Town, Van Diemen's Land, South Pacific. This letter, conveyed by the master of the 'Jefferson' took 225 days to reach London and was considered a great advance on mail which had to travel via Sydney, as this route could often include a stop-over there for months before further conveyance. 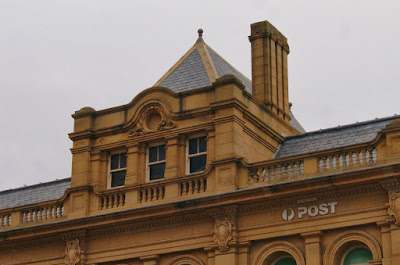 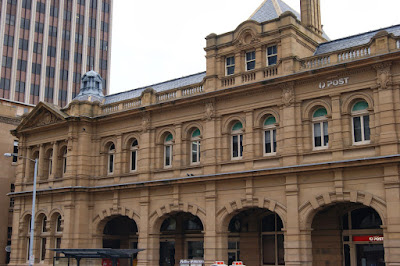 In 1816 W.T Stocker, the official government messenger, pioneered the overland route between the Southern and Northern settlements, which it is claimed, was the first overland mail delivery service in Australia. In 1818, as the Postmaster, he moved the post office to Collins Street, probably near the Campbell Street corner. In 1822 John Collicott added the business of Postmaster to that of general storekeeper and auctioneer at his premises in Murray Street. Collicott issued the first General Regulations for Post Messengers and Charles Abbott and W. Brown were appointed Postmasters at Launceston and George Town respectively. The postal messengers were seconded convicts until 1840 who enjoyed significant privileges in return for fulfilling their duties. Services were hampered by the general illiteracy of these men. 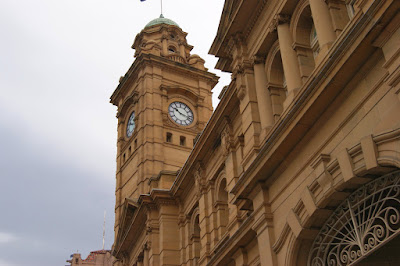 In 1835 household deliveries began in Hobart with three deliveries every day, except Sunday. By this time the Main Road to Launceston was greatly improved, with the mail cart becoming the Royal Mail Coach. Between 1862 and 1905 the Post Office in Hobart occupied the old Court House at the corner of Murray and Macquarie Streets which had been substantially rebuilt for this purpose. 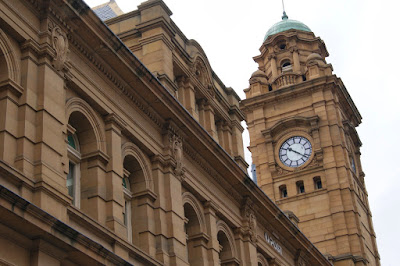 A competition was held for the designs of the new GPO with local architect Alan Walker winning from a field of 9 entrants. Walker served his apprenticeship with the well-known architect Henry Hunter who was responsible for many of Tasmania's more significant early public buildings. The Post Office was one of the first public buildings opened in Tasmania after Federation. 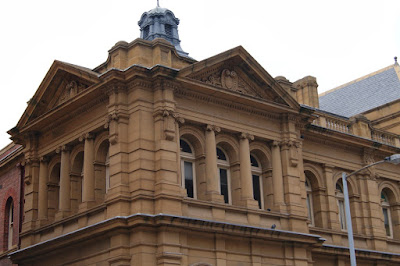 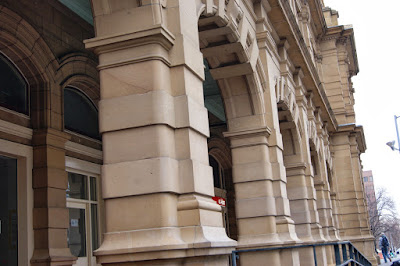 The site of the present GPO was in the hands of the Lord family from 1818 until 'Lords Corner' was acquired by the Government. The original house was demolished by 1901 when the Duke and Duchess of York (later King George V and Queen Mary) laid the foundation stone for the new building. The GPO was opened on 2 September 1905 at 10am, when the Inspector of Public Buildings ordered the barriers which held back a large crowd of people be removed. A race ensued to determine who should be the first person to post a letter at the new Hobart General Post Office. At the time of its conception and construction, the GPO was the ultimate expression of Tasmanians faith in their State when, at Federation, there were strong expenditure constraints imposed by the new Commonwealth Government. The clock and tower were actually funded by the people of Hobart. 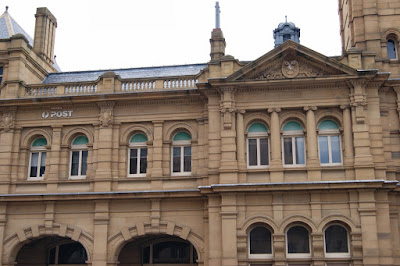 The building is of a strong but reserved design and compares favorably with Hobart's other major public buildings, such as the Town Hall, the Court buildings and the Old Treasury Building. The GPO is a familiar physical landmark in the Hobart central business district with its strong corner position. It is an imposing structure, well visible by virtue of the width of the streets and its relationship to surrounding buildings and Franklin Square. It continues to serve the public of Hobart to this day. 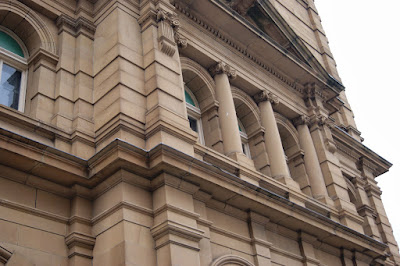