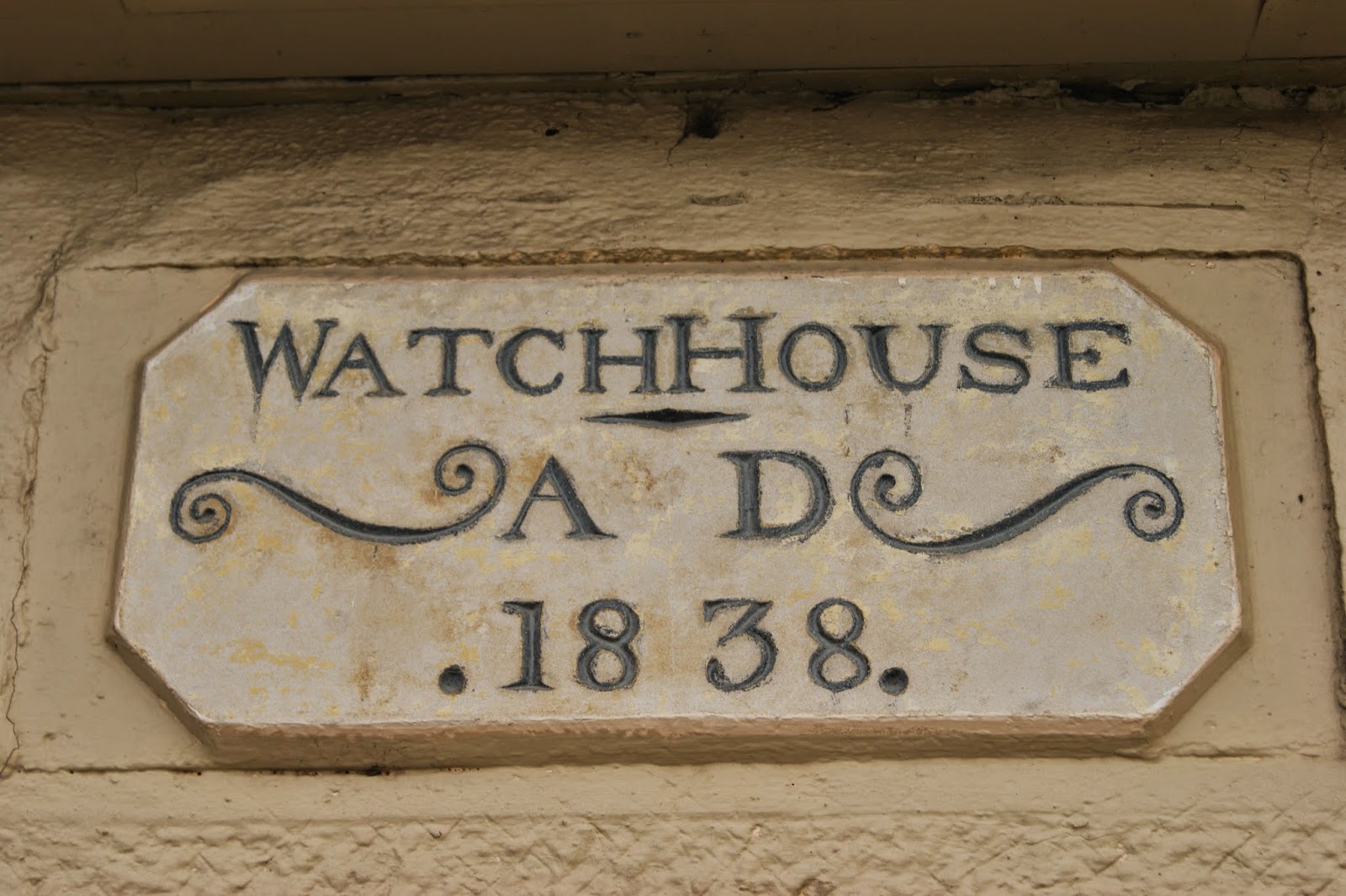 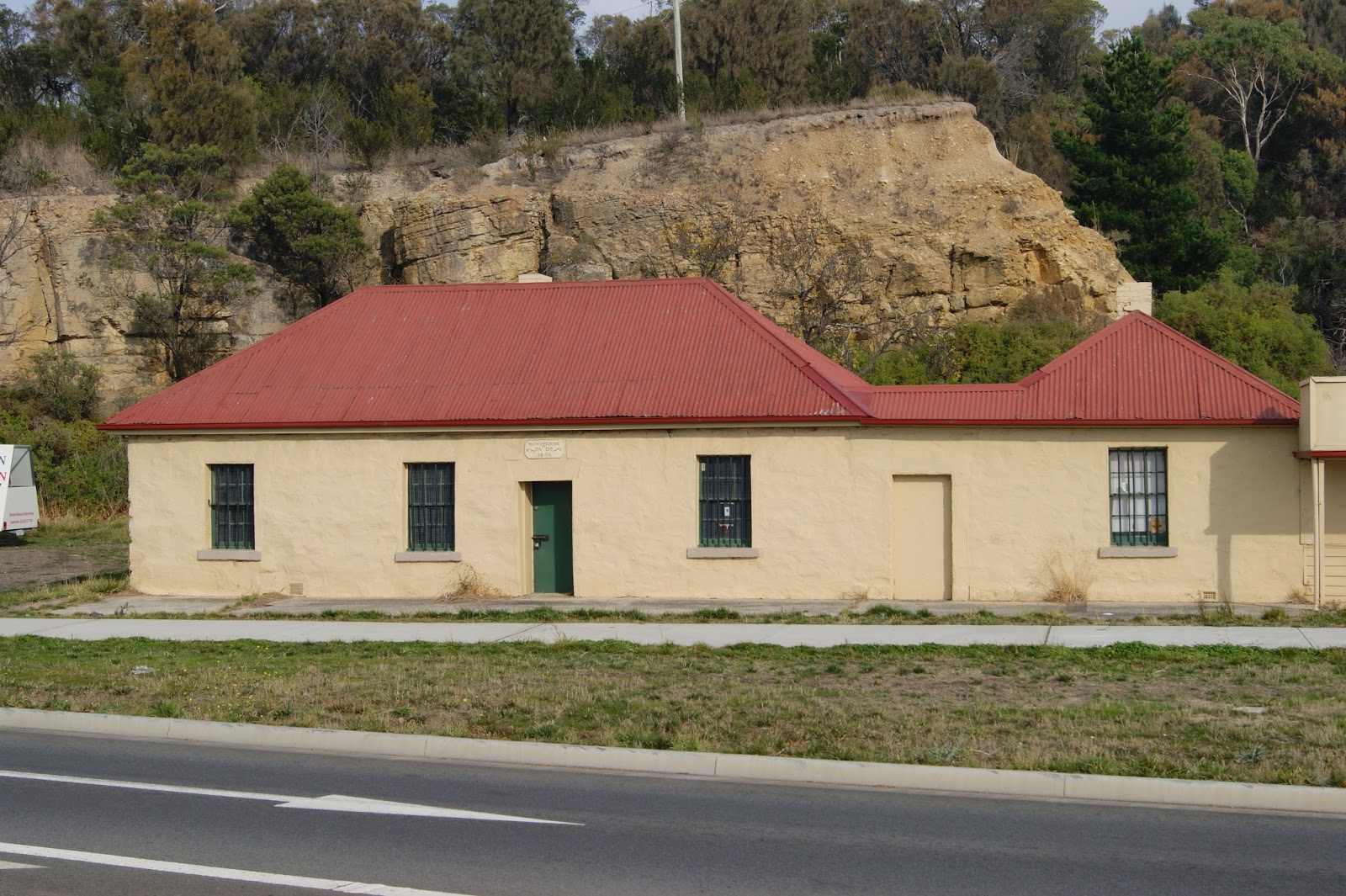 The former stone Watch House is situated directly opposite the highway/Causeway junction at Granton on the southern side of the River Derwent. It is reported to have been erected in 1838. It was there by 1847 when it is marked on an undated plan of the crossing made before the rolling bridge was constructed. It was constructed to house the soldiers who supervised the building of the Causeway. 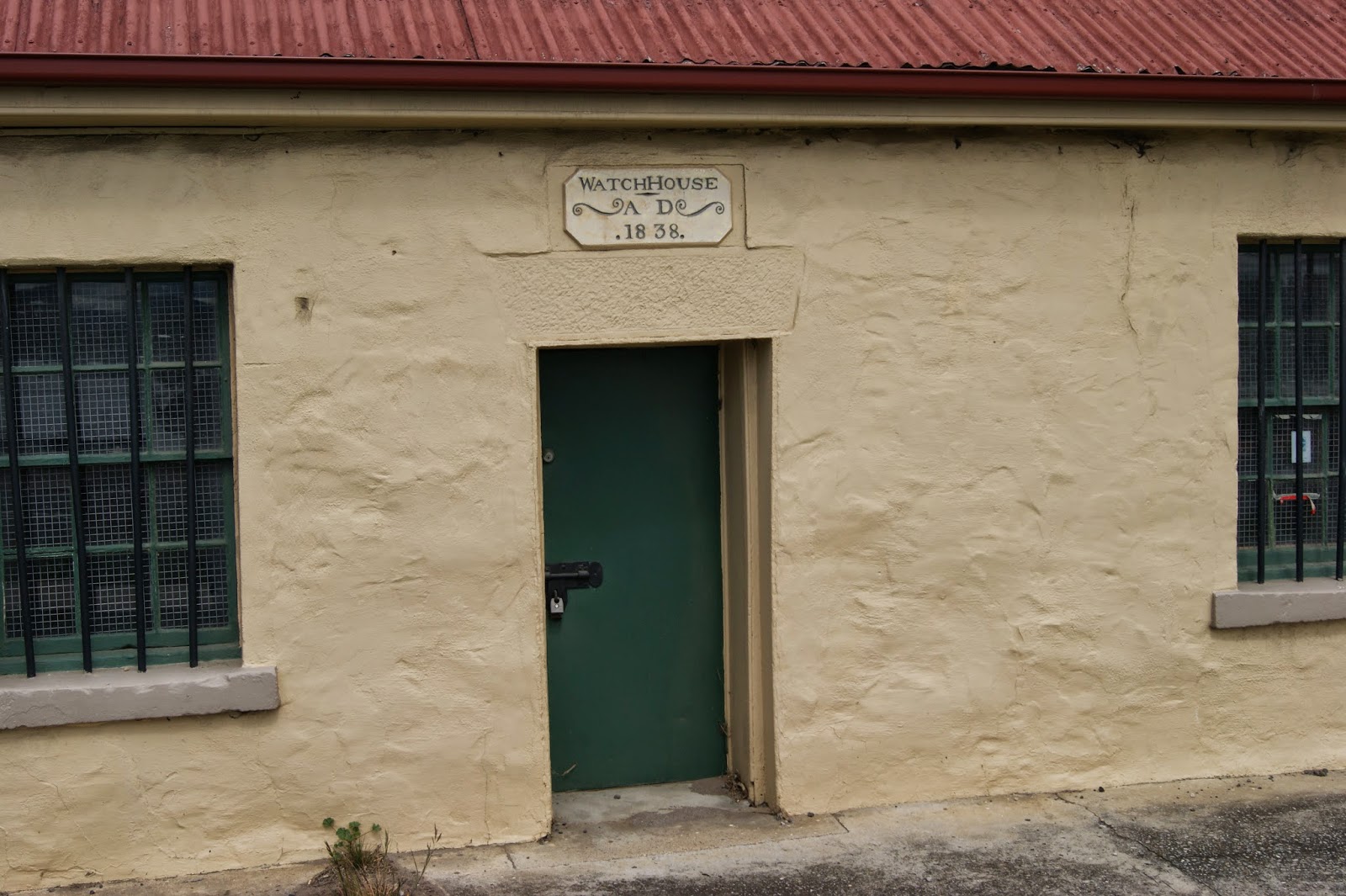 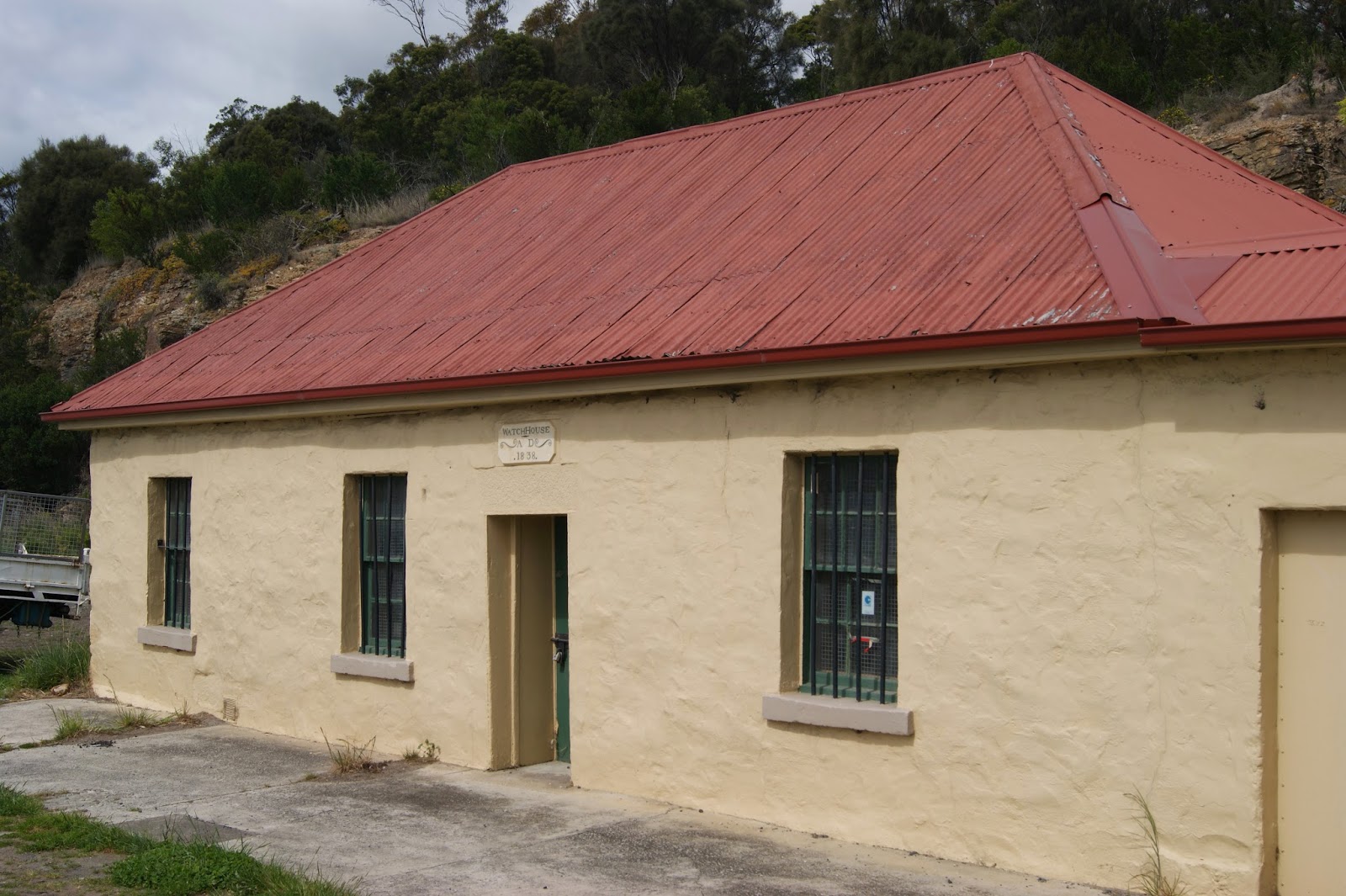 It is a single storey sandstone building constructed in the Old Colonial Georgian style. The two foot thick walls are mortared by lime and mud. It has been altered for modern use, the original doors and windows have been removed and it has a corrugated iron hipped roof. Plans to extend the watch house were executed in 1851 providing a Watch House Keeper's Quarters and Women's Lockup. When extended it included a male and female lock-up, watch house keeper's quarters, two exercise yards and a constable's office. The convicts were housed in a stockade at the rear. 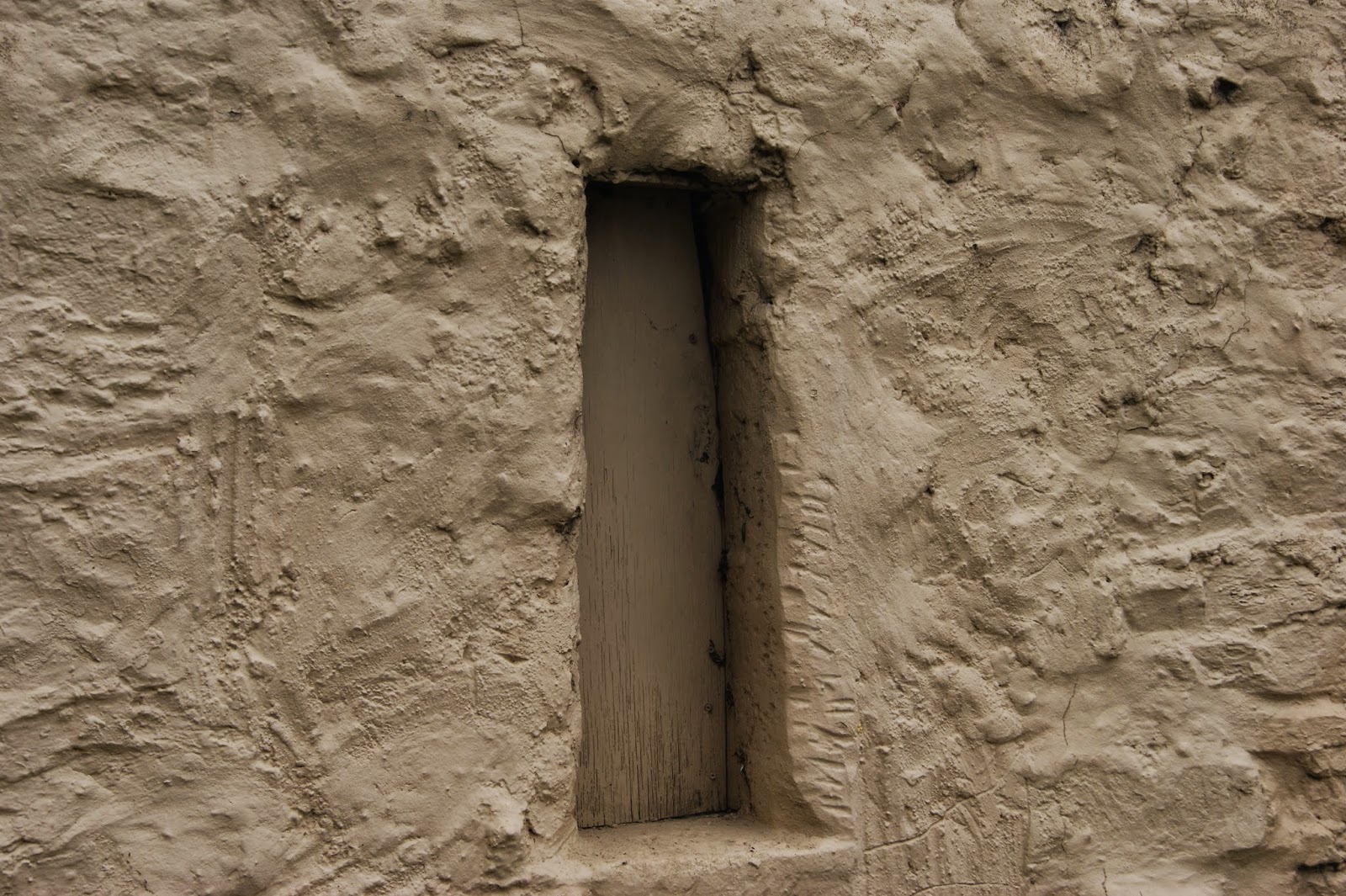 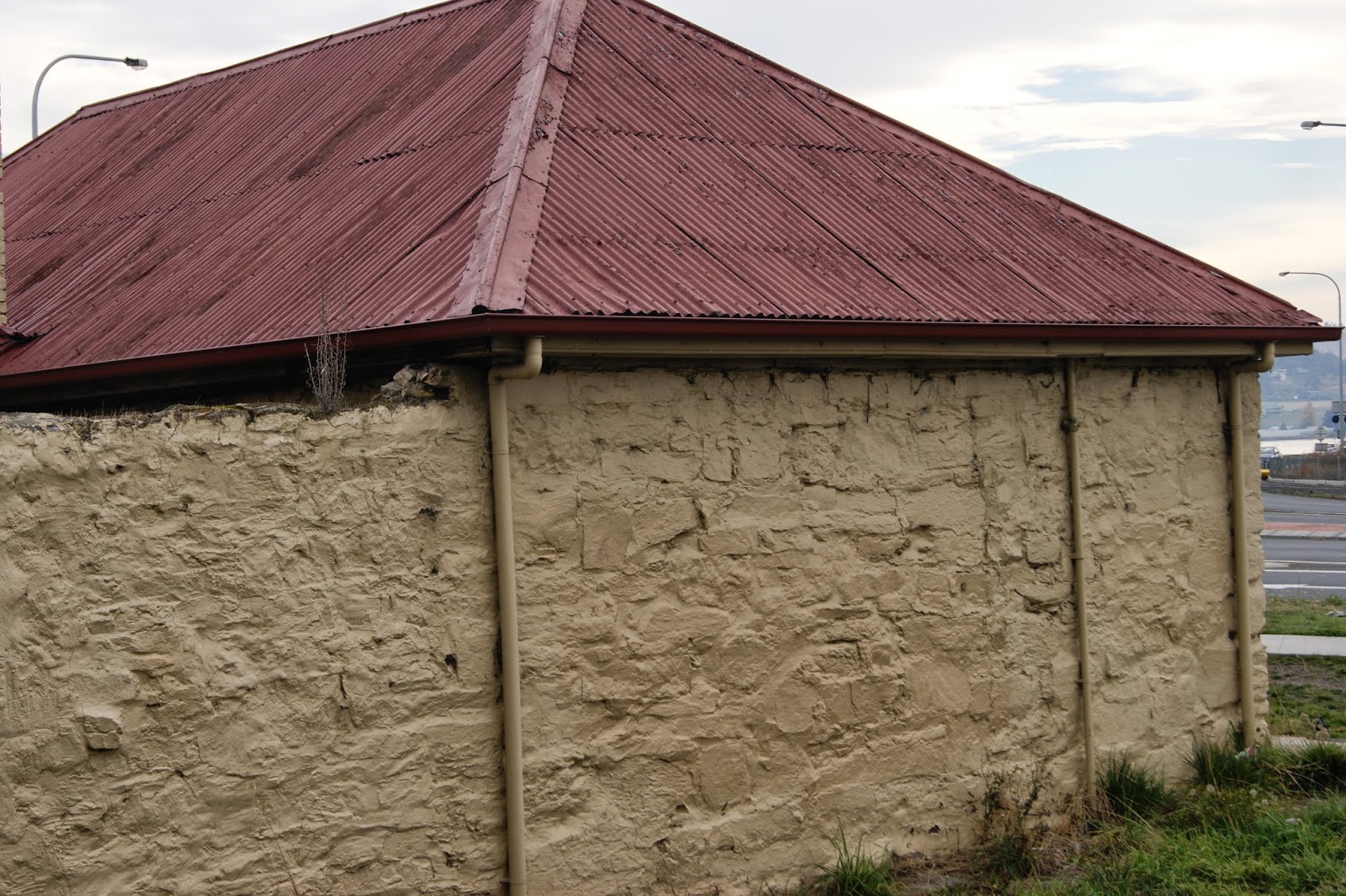 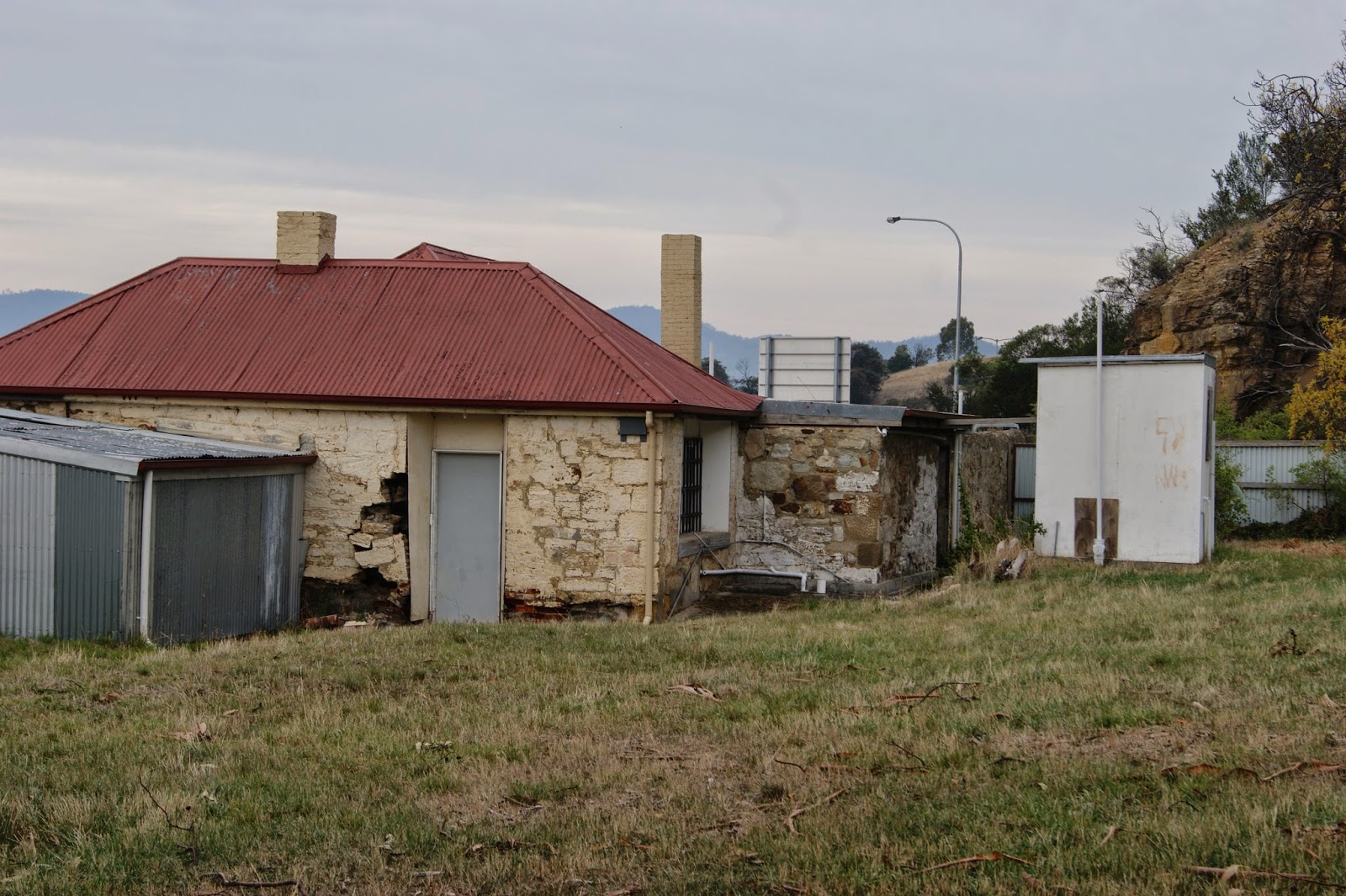 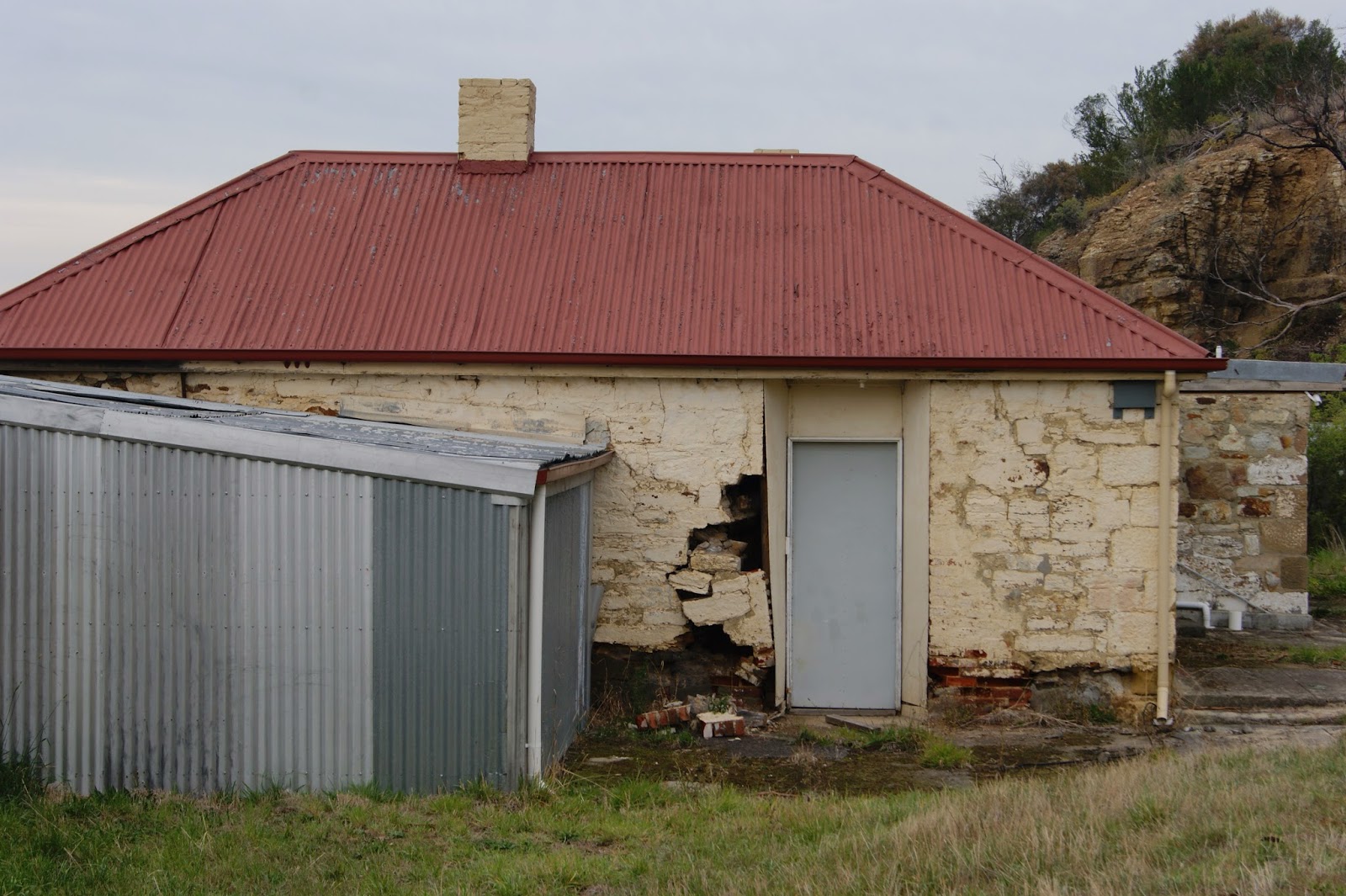 The Watch House began operating as a service station and store shortly after WWI. The first pumps put in around 1928 with at least six situated along the front, each fuel pump belonged to a different company. The Watch House is a typical convict period structure that has been adapted for modern commercial purposes. Apart from its previous life as a service station, the Watch House has also served as a local museum, featuring many interesting artifacts from its colonial period. 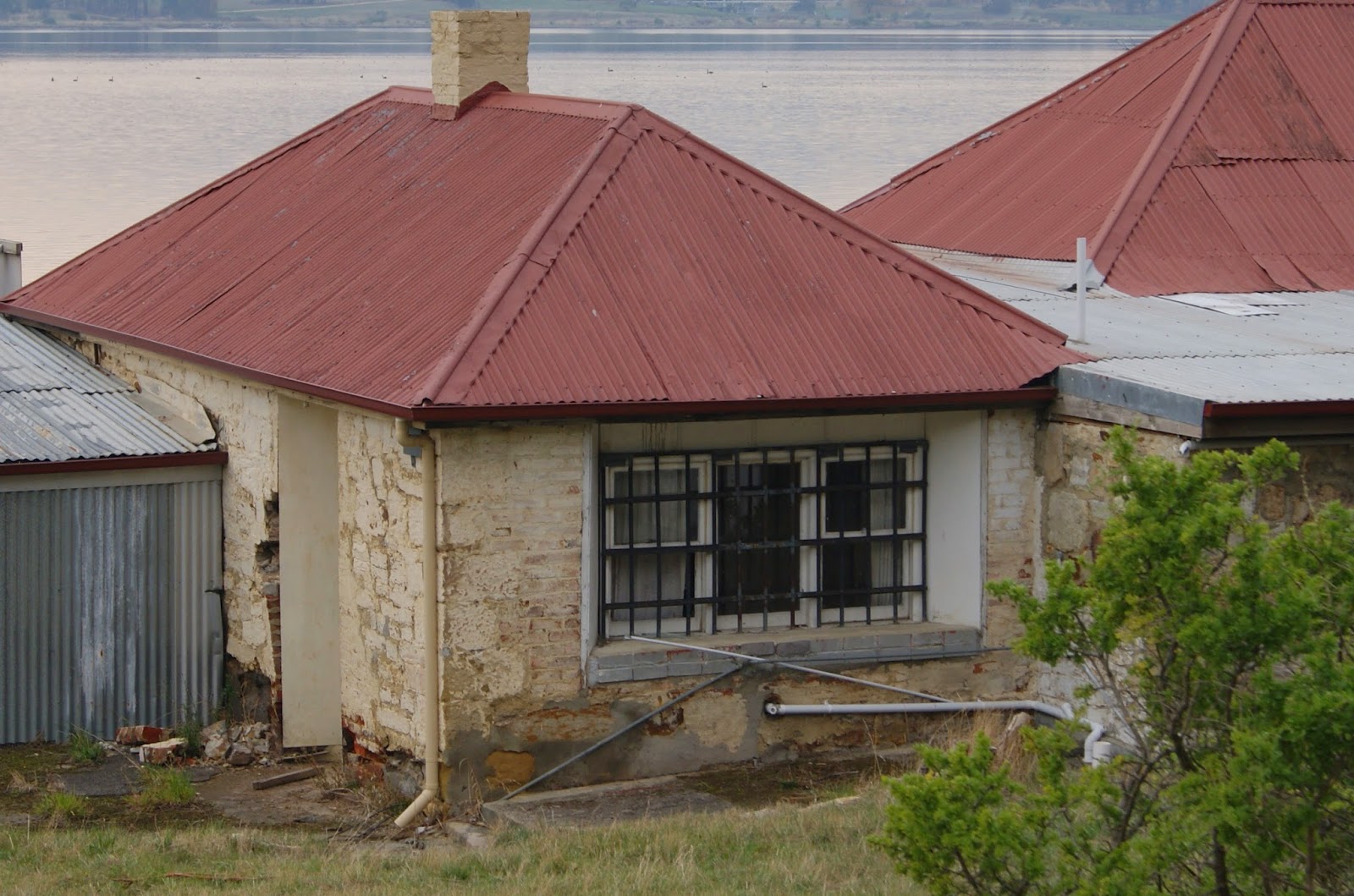 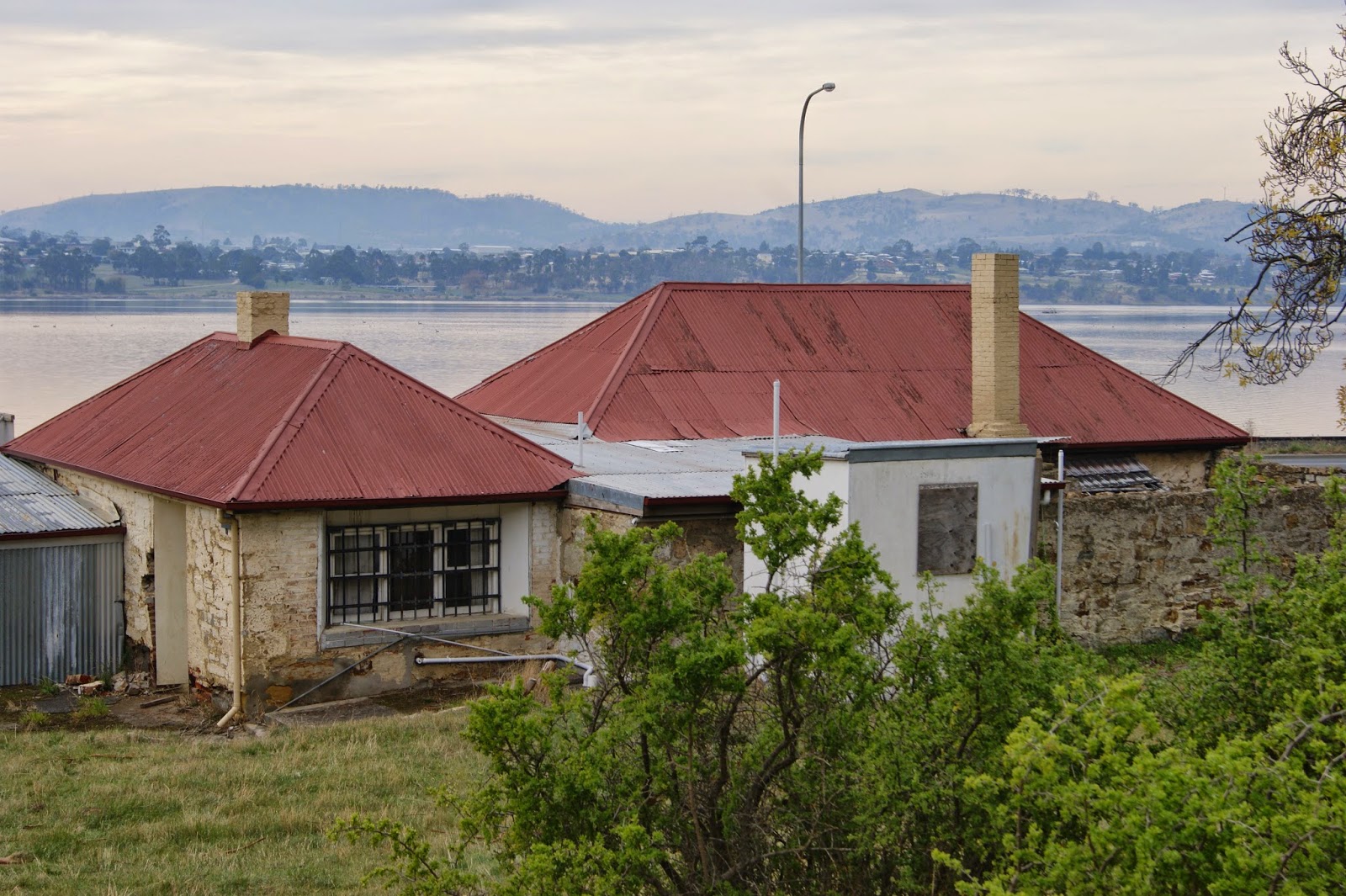 Unfortunately, now the Watch House stands silent although still in good condition. It stands guard over the roundabout where travelers can either head towards the Midlands Highway or head into the Derwent Valley and onwards to the west coast. 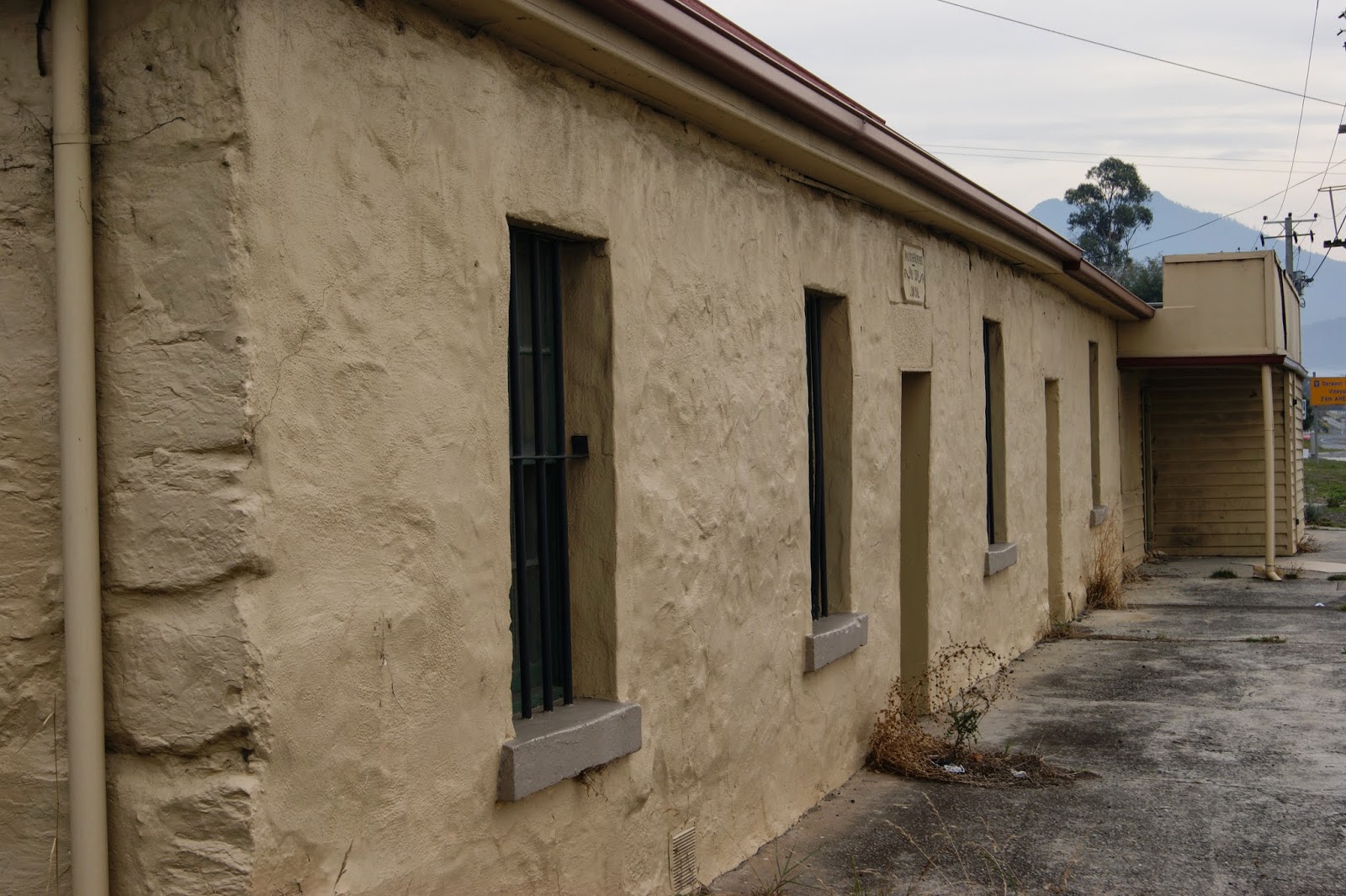 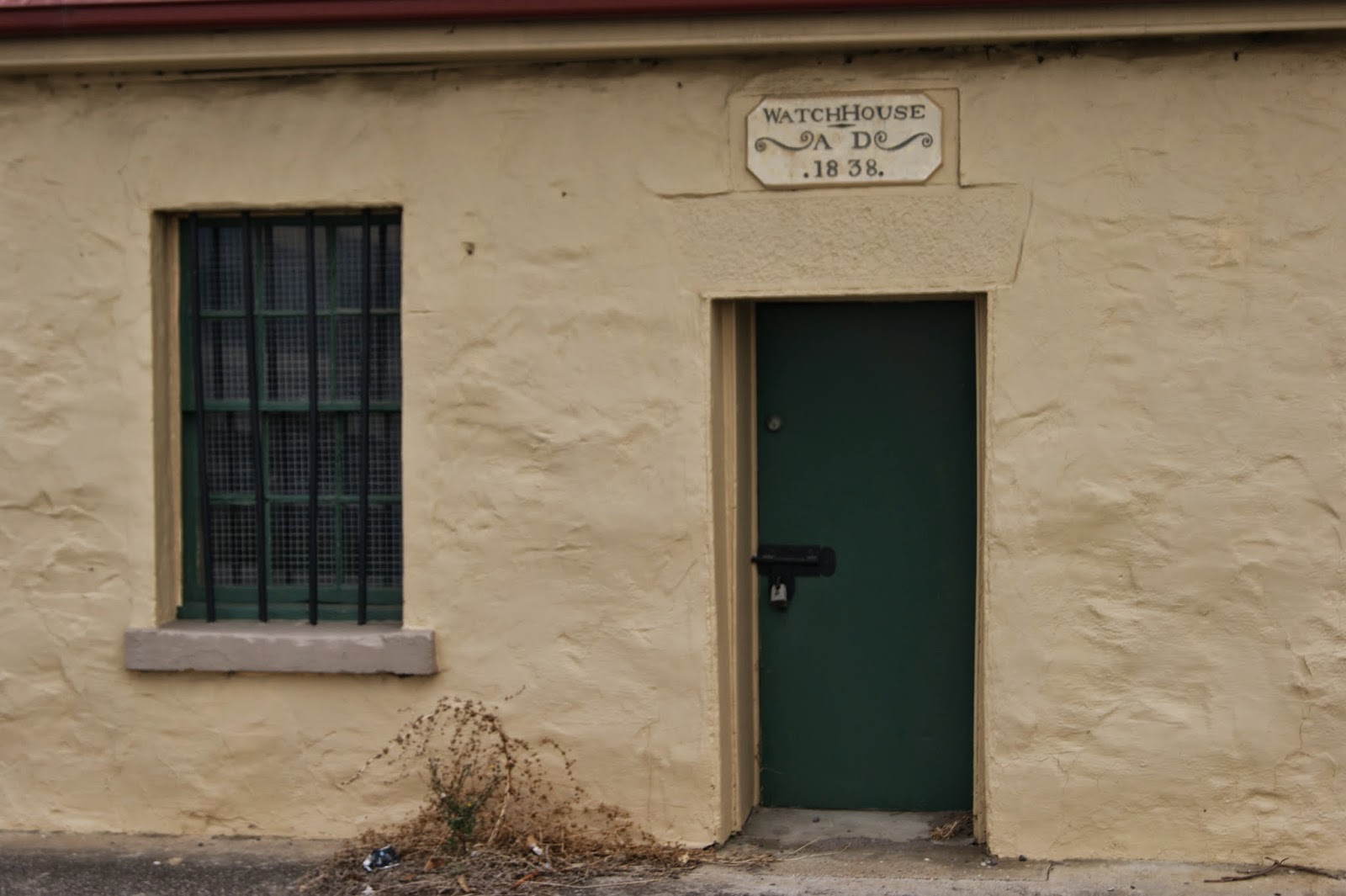 The Watch House is in a very picturesque location with the walls of the original rock quarry, from which the convicts quarried rock to construct the causeway, as its backdrop. Well worth stopping to have a look around as you pass through.