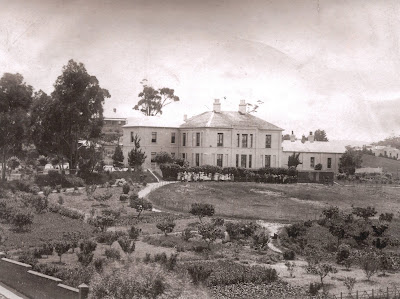 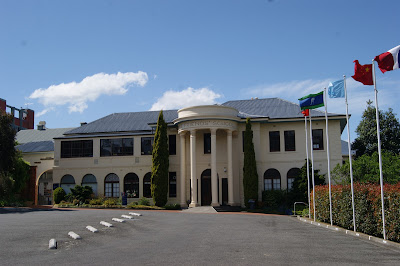 The building which now accommodates the Friends' School was previously known as Hobartville.  The land was originally owned by David Lord, a wealthy property owner, and given to his daughter, Grace, at the time of her marriage to William Wilson. Wilson was a merchant, shipowner and whaler.  Wilson commenced building the house in 1832 and intended to have a two storeyed home which at least twelve or fourteen good sized rooms. The house was named Hobartville. Large stable were added at the rear of the house and for a time the Hobart to Launceston coaches overnighted there. The grounds were laid out to include several acres of fenced paddocks including one in which kangaroo & emu were kept. Wilson died around 1837 and Grace died in August 1844. 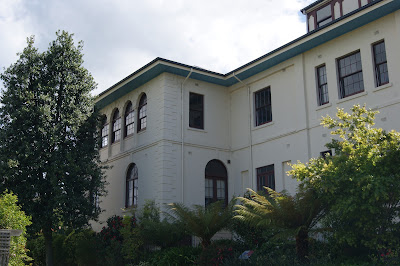 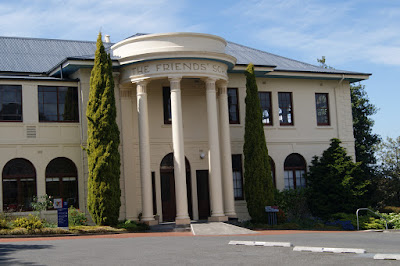 Hobartville was subsequently acquired by James Lord, Grace's brother.  James was a landowner and politician, and was interested in horseracing and hunting with hounds.  Hobartville became a regular starting point for hunts which then ranged over Mount Stuart and Knocklofty at a time when the area was still largely undeveloped.  James died at Hobartville in May 1881 and his widow, Mary, died there in December 1884. 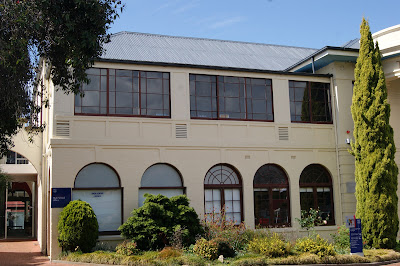 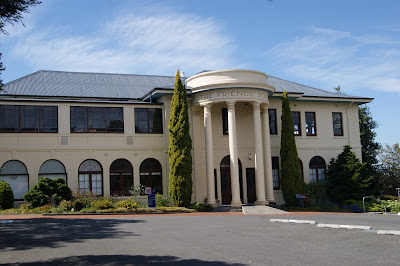 The Hobartville estate was then subdivided for residential development and most of it was sold-off in November 1885, although Hobartville and the surrounding 5 acres were retained until it was purchased for the Friends' School in September 1888. 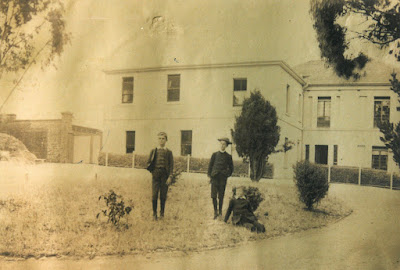 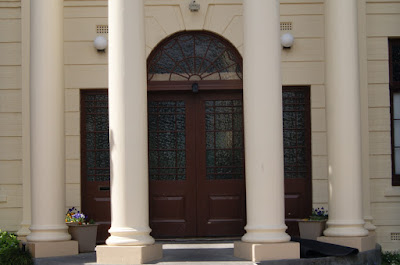 The property was notable for the six hundred feet of brick wall on its western boundary'. The wall is very high and is topped with broken glass embedded in mortar and would have surely discouraged even the most committed burglar.  The bricks are bonded together, rather appropriately, in English Garden Wall pattern with three rows of stretchers followed by one row of headers. The wall appears to date back to the early 1830s when Hobartville was built.  At that time there was a Government brickfield located nearby at the site of today's North Hobart Football Oval and presumably the bricks were manufactured by the convicts working there. 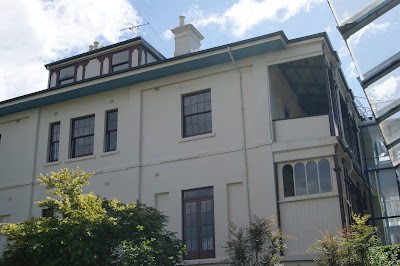 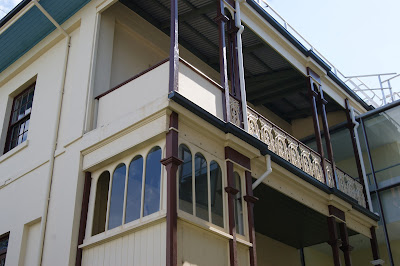 In 1923 Ernest Unwin arrived in Hobart with his wife Ursula, their son and daughter to take up the School's Headmastership. Unwin initiated a huge building program and the School's resources were enhanced. In this period the distinctive appearance of the School changed - with the addition of the magnificent front portico, the Hodgkin Hall, the original science and art block and the boys' boarding wing giving the Hobartville building the look that it has today. The Friends School remains a vibrant part of the education system in Hobart. 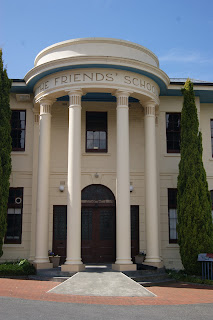 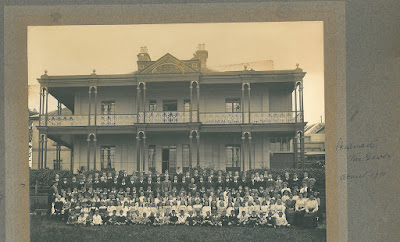