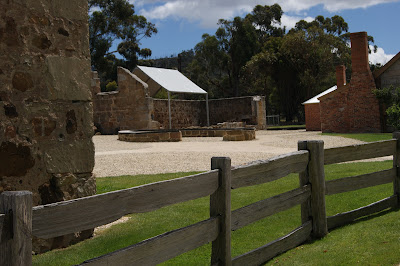 Rosny Farm is a unique cultural centre in the City of Clarence. The site has important historical roots as a fine example of an early walled farmyard containing a beautiful heritage listed sandstone barn and farm cottage. 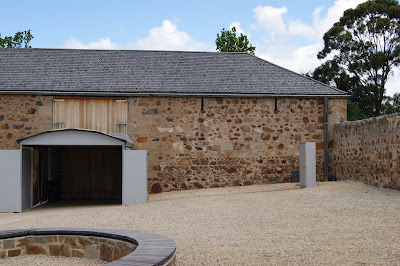 The barn, one of the oldest in Australia, is an impressive example of early stone construction built around 1815. Rosny Cottage was built around 1850 and has been home to farmers, labourers and greenkeepers. The cottage is furnished to recreate the atmosphere of Tasmanian homes in the early part of the last century.
Rosny Farm was first established by Richard Morgan, a former First Fleet convict, who following a stint on Norfolk Island where he prospered as a sawyer and overseer from 1790 - 1805. It was there on Norfolk Island, Richard married his wife, Catherine and where they had 7 children. 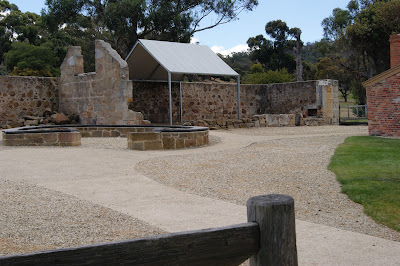 In October 1805 Richard sailed with Catherine and children for Sydney (The Female Muster 1806  lists Catherine as having 9 children - 4 males and 5 females). Shortly afterwards they sailed for Hobart, Van Diemens Land, and moved to a 130 acre farm at Kangaroo Point, Clarence Plains. (This was well before the colony at Norfolk Island was abandoned in February 1814.)
In 1809 the family was already well established with 18 acres of the grant sown in wheat, 9 cattle, 97 sheep, 2 goats and a pig. The couple and 7 children# were receiving public rations. In 1819 Morgan was recorded holding 200 acres reflecting a solid and growing level of prosperity.
Built around 1815, the sandstone barn (one of the oldest in Australia) & associated outbuildings are reminders of Morgans occupancy. The sandstone cottage C 1840 replaces an earlier dwelling.
Catherine died aged about 57 and was buried on 27 July 1828.
Richard died at Kangaroo Point, Clarence, in September 1837 aged 78. 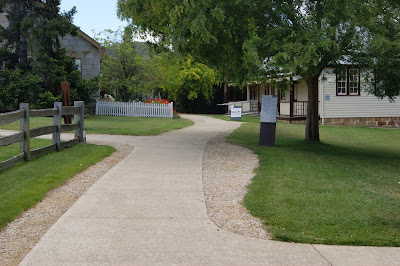 From the 1850s, Askin Morrison leased the farm to Joseph Pedder and sons who grew cereal crops. Pedder senior, a former convict transported for highway robbery in 1830, also farmed at Muddy Plains and became a successful cricketer. Members of his family became prominent members of Tasmanian society.
Around 1900, the Nichols family cropped oats on the farm site using horse drawn binders. The family lived at Rosny Cottage, using the barn and outbuildings for storage of machinery. 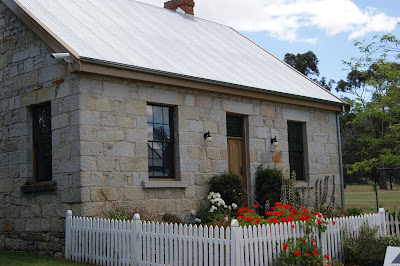 By 1915, the original Royal Hobart Golf course was developed on the old farm site, leaving the small walled farm area intact. The farm cottage became the residence of generations of greenskeepers and their families and remained so until 1970. Development encroached on the farm but the barn & cottage remained but gradually fell into disrepair. In 1988, the Clarence City Council began the task of conserving and restoring the site. The cottage is now a museum and contains the Rosny collection of artifacts which includes approximately 3000 items including domestic technology, books and periodicals, pharmaceutical items, wallpaper, community archival records and some farming equipment. The collection contains good examples of some of the changes in domestic technology in the first half of the 20th Century and the display considers some of the ways these changes affected home life. War correspondent, Neil Davis was a frequent visitor to the cottage in the 1930's and a small collection of his early photographs depicts the Lane family who lived in the cottage and tended to the golf course on site. 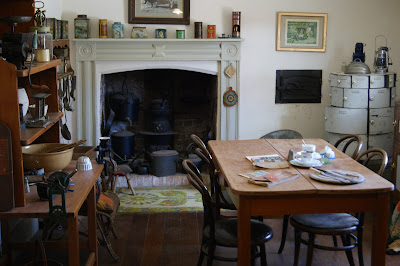 Also now on the farm site is the Schoolhouse Gallery which is a modern replica of an old 1890s schoolhouse that is used as a public art gallery. The whole site has been redesigned as an arts precinct with the old barn being a cultural arts facility where concerts, exhibitions and art related activities are held. 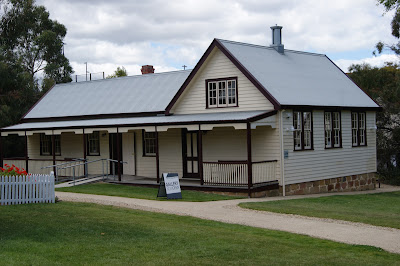