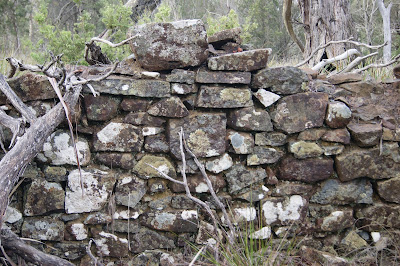 The convict system was a major feature in the history of Tasmania. The Probation system was the last major phase of the convict system in Tasmania, and was restricted to that island from 1841-53. At least 85 probation stations were established between 1841 and 1853, when transportation to Van Diemen's Land ceased. The Paradise Probation Station was one of the probation stations established in this time. The site is important as a relatively intact archaeological site providing evidence of probation station design. The site appears to be one of the most intact of surviving probation station sites. The Paradise Probation Station site is approximately 2 km along the convict built road which begins just north of the bridge across the Prosser River at Orford. The site is situated on a rise in open woodland encountered immediately after crossing Station Creek. 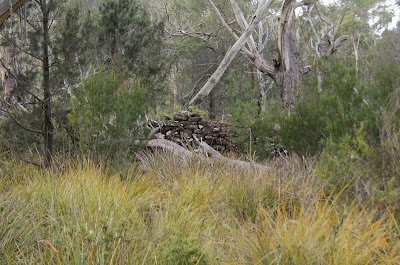 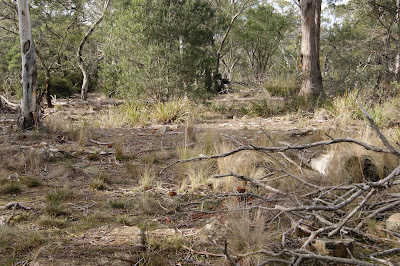 The Paradise Probation Station operated between approx 1845 and 1847. After the Prosser's Plains (Buckland) Probation Station was closed in 1844, they dismantled the buildings and took them to Paradise. Convicts at both stations worked in gangs building the road between the two towns. 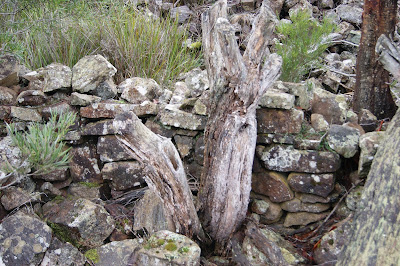 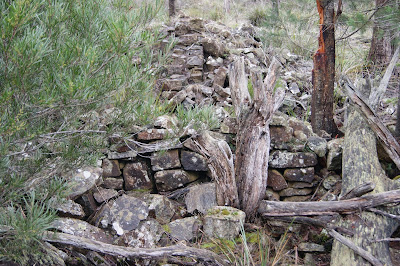 The site comprises an area approximately 100 x 300 m, the main concentration of structures being located on a relatively level area approximately 100 x 150 m between 15 and 20 m above the Prosser River. The site is characterized by numerous rubble structures, none of which survive to their original height, consisting mainly of stone platforms, brick scatters and associated stone mounds identified as remnant chimney butts and fireplaces. A distinctive gravel feature is evident within the main part of the site possibly indicative of a former yard area. 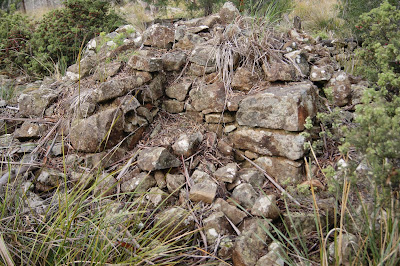 Several pathways diverge from the main area leading to a structure tentatively identified as a privy and to a jetty, a remnant stone structure which protrudes a short distance into the Prosser River, now only visible at low tide. 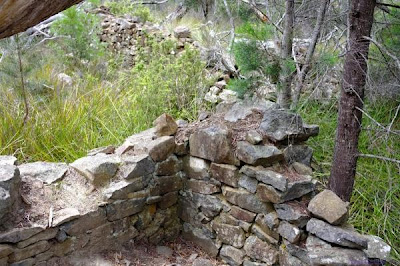 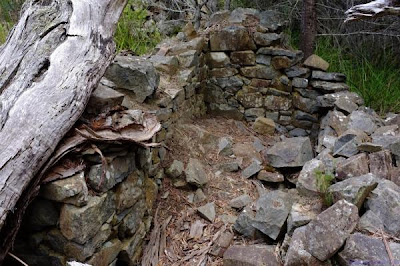 The remains of twelve cells shown on the original plan are identifiable, surviving to a height of 1.5 m in some places, and exhibiting a system of alternate access designed to minimize communication between prisoners.
A date for the closure of the station is not definitively known. Certainly it was some time before 1855, based on a private application to lease the land attached to the station. This request was rejected on the grounds that the buildings may have been required for police purposes. In 1856 part of the station was destroyed by fire and in 1870 the land was purchased from the Crown for farming purposes. 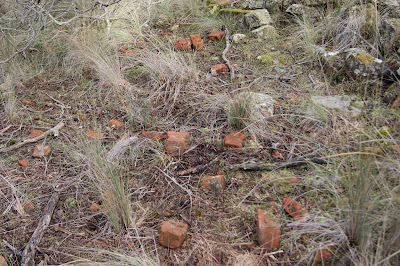 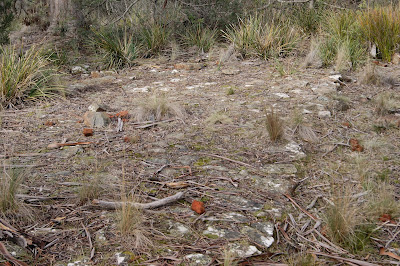 The probation system was a response to the dissatisfaction with the assignment system, whereby convicts were released for service with free settlers. The assignment system was phased out in Van Diemen's Land between 1838 and 1843, being replaced by a new system founded on principles of uniformity of treatment.
Convicts were removed from assigned service and placed in one of the many probation stations established around the colony. The basis for the new system was the introduction of an initial fixed period of labour in gangs, followed by a staged progression of less severe punishment, finalizing in conditional release. Assignment was replaced by a system of probation passes, which enabled a convict, following the probation period, to be hired out to settlers on short term contracts, until they earned a ticket-of-leave. The Probation Stations were the centres for administering and housing the work gangs. 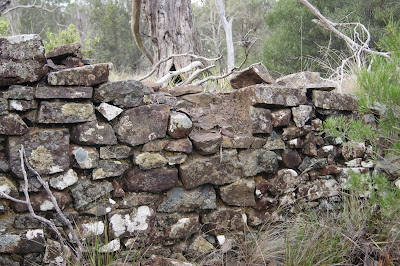 From 1841 Governor Franklin set out new regulations for the probation system, drafted by Matthew Forster, the Director of the Probation System. The prisoners at probation stations, consisting of 250 to 300 men at each, were to be divided into 3 classes: the 3rd Class to be subjected to separate confinement (that is, housed individually when not at work); the 2nd Class to be hutted in rooms of 10 men; and the 1st Class, composed of those men approaching the end of their probation period, to be housed in huts containing 20 men. The different classes were never to be mixed together either at labour or in housing. However, the combination of poor local administration, inadequate funding, and poor communication between the colonies and the Colonial and Home Offices, meant that the probation system was never fully implemented, and was not effective. The increased rate of transportation to Tasmania did not help. Because of the circumstances surrounding the administration of the system, the construction of probation stations seldom adhered to the original plans. 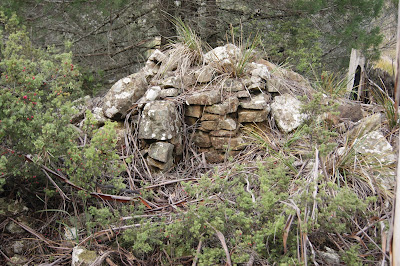 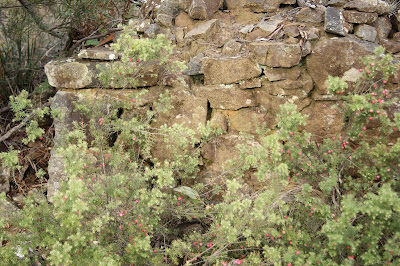 The Paradise Probation Station site has been visited over a long period of time which has resulted in vandalism contributing to the collapse of the remains and the removal of almost all of the bricks bearing the broad arrow mark. However, as an archaeological site, the site appears to be one of the most intact of surviving probation station sites. It is well worth taking the walk along the Old Convict Road to check out the site.