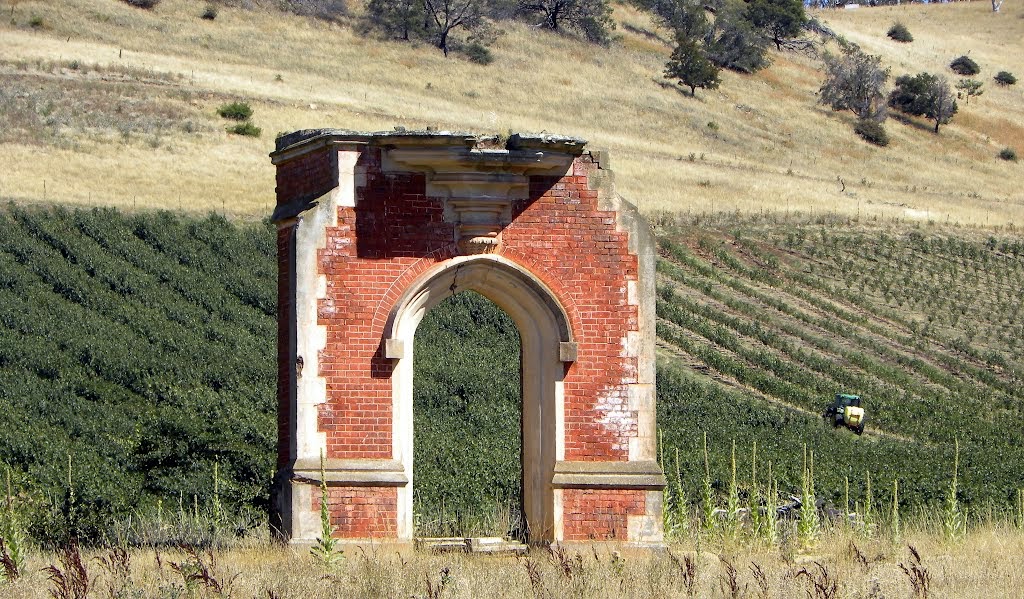 This lonely but isolated red-brick portico, which stands beside the Midland Highway at Somercotes just south of Ross, is all that remains of one of colonial Australia’s most prestigious educational institutions. The ruin now provides shade for occasional grazing sheep, but in its day it was the main entry to Horton College, a high-achieving boys’ school from Tasmania’s early days. 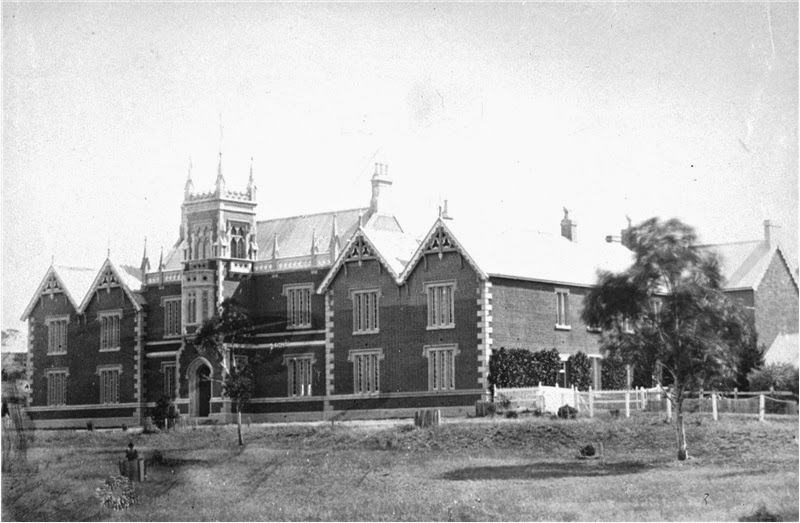 The original school was a huge two-storey building with a grand, ornate tower surmounting its main entry. It was built by Samuel Horton, a sea captain in the merchant service, who came to Van Diemen’s Land in 1823 and was given a sizeable land grant “near the Ross Bridge”, which he named Somercotes, after the area in Lincolnshire where he grew up. A devout Methodist, Horton was a noted philanthropist and in 1850 he offered 20 acres and £1350 to the Wesleyan Church to establish a boys’ college at Somercotes. At the time, schools were mostly built and run by churches, rather than by the Government, but Governor George Arthur and his successor Sir John Franklin were both pushing for a government-run boys’ college to be built that could at least unite a few denominations under the one roof. Rivalry between churches was making this difficult, so Horton’s proposal gained traction as a favourable alternative. 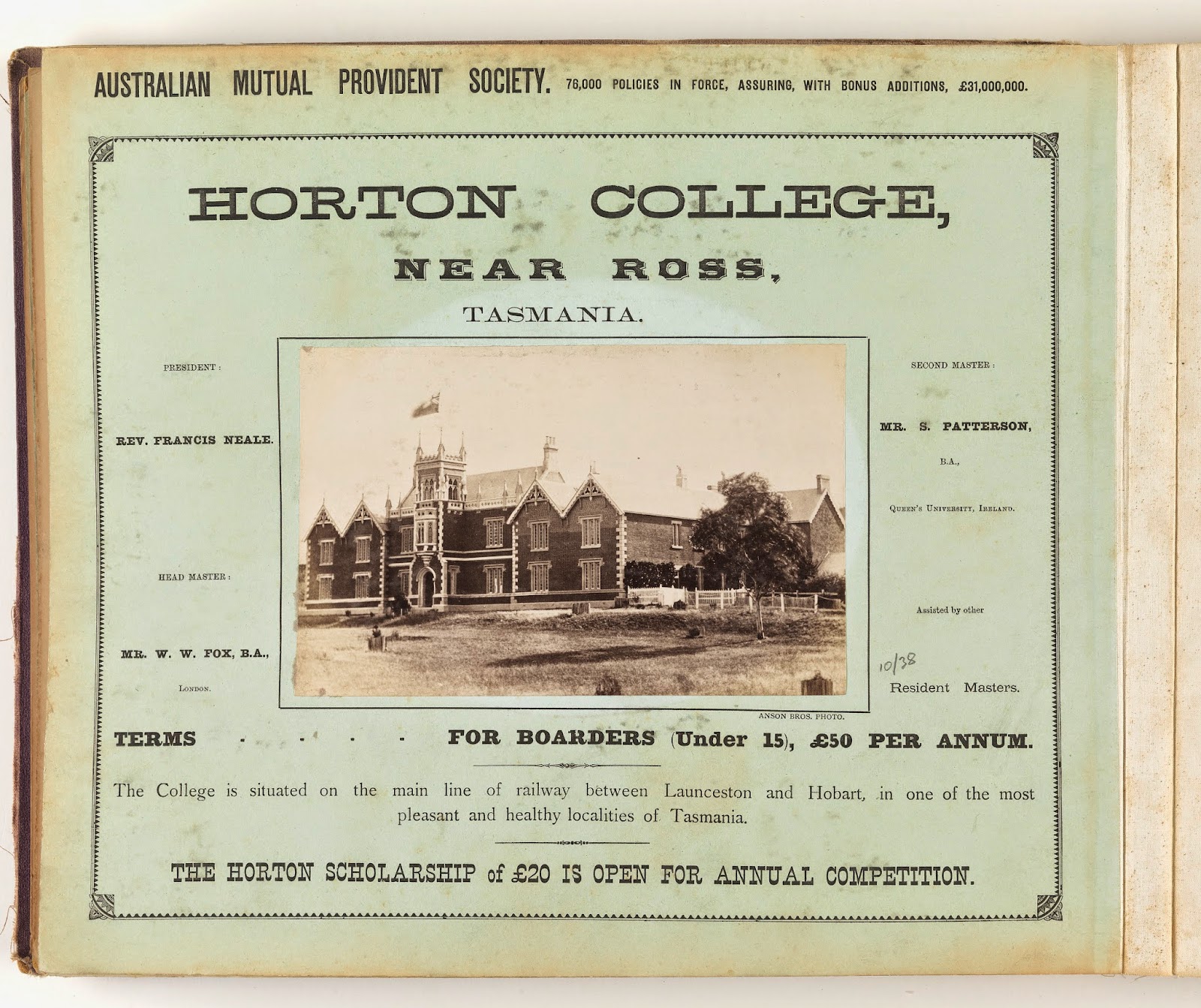 The foundation stone for Horton College was laid on January 6, 1852, but in the first of a long series of unfortunate developments, the start of construction coincided with the Victorian gold rush, which drew large numbers of people out of the southern colony, causing construction work to slow to a crawl because of the lack of available workers. The school was completed in 1855, with convict-made bricks and sandstone quarried from Ross. The first student was enrolled on October 3 and by the end of 1855 there were seven students enrolled in the boarding school. By 1863, the average enrolment was 50 students and about 770 boys passed through its halls by the time it closed. 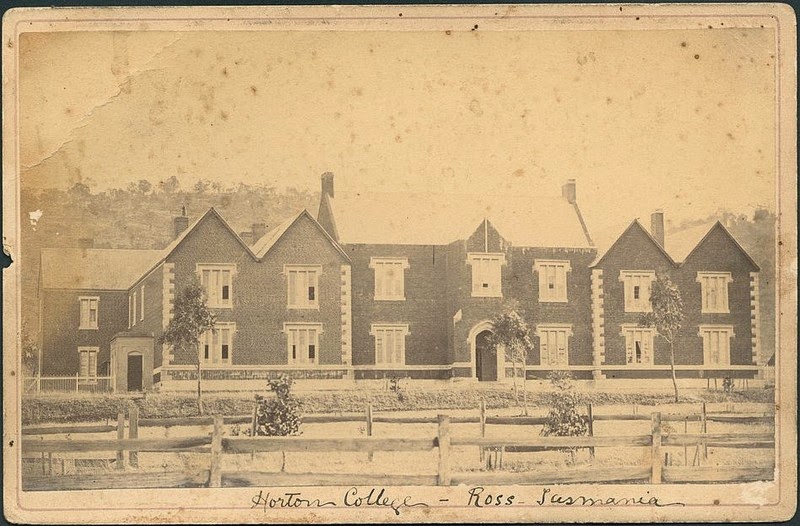 The scholastic achievements of the students were admirable – between 1879 and 1887 they had obtained four Tasmanian Scholarships, 15 Associates of Arts degrees, three Dry Scholarships and many gold medals and other prizes. Horton College soon earned a reputation as one of the best boys’ colleges in the colonies, its rural isolation being touted as one of the reasons for its success, as the boys boarding there were less distracted by their surroundings and had more time to study. 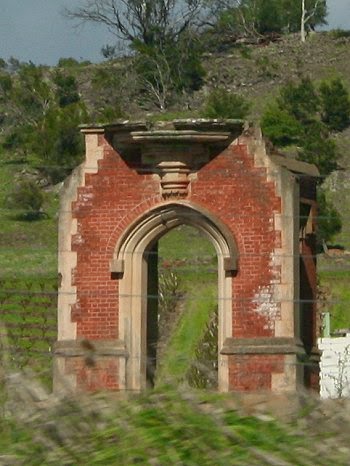 Capt Horton died in 1867 and, possibly due to a minor depression around the same time, admissions to the college dropped considerably during the following years. But as economic conditions improved again, so did the college’s fortunes, with several expansions and upgrades added on, including the tower. 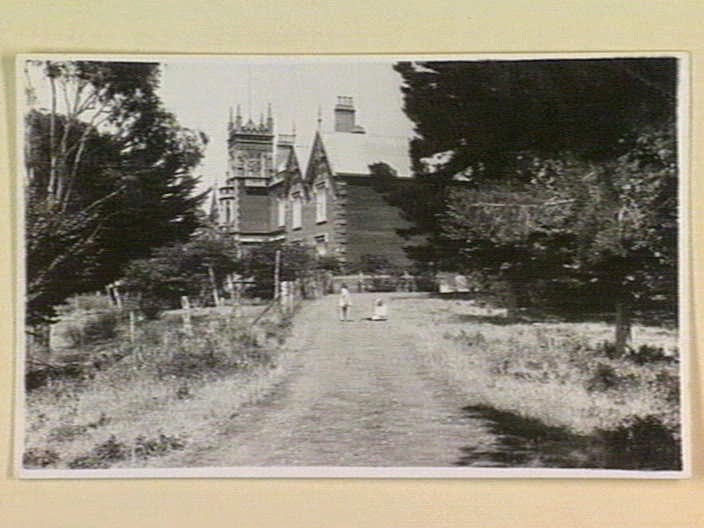 However, trouble followed after headmaster William Fox’s death in 1889. At the same time, depression hit Tasmania and parents started sending their children to schools closer to the main cities and towns. By 1892, the school was broke. It earned a short reprieve by leasing its premises to another private school for a year, but the situation continued to deteriorate. College trustees had the property transferred into the ownership of the Horton Estate, under Horton’s nephew Thomas Riggall, so he could absorb and pay the debts. 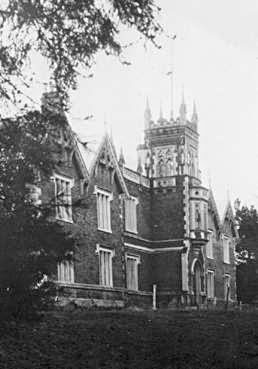 The residential portion of the school was then occupied by Mr Riggall’s son, but in 1917 he had the building pulled down and about 1920 the bricks and other building materials were sold off, leaving only the portico that stands today. 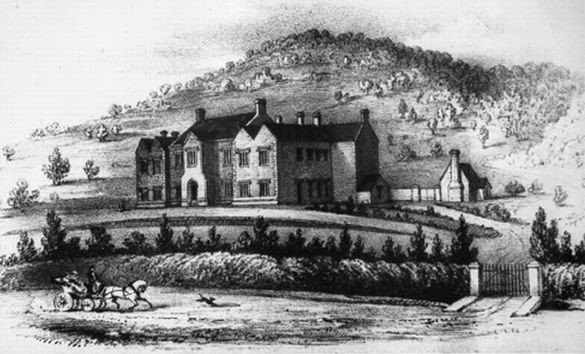 Some of the bricks went into building a small homestead on the same property and some were taken to Launceston and used in the Mary Pox wing of the Methodist Ladies’ College on Elphin Rd in 1935. The college bell was relocated to the Hutchins School. 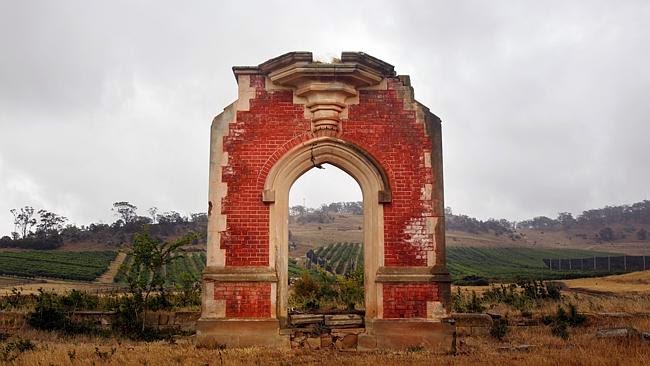