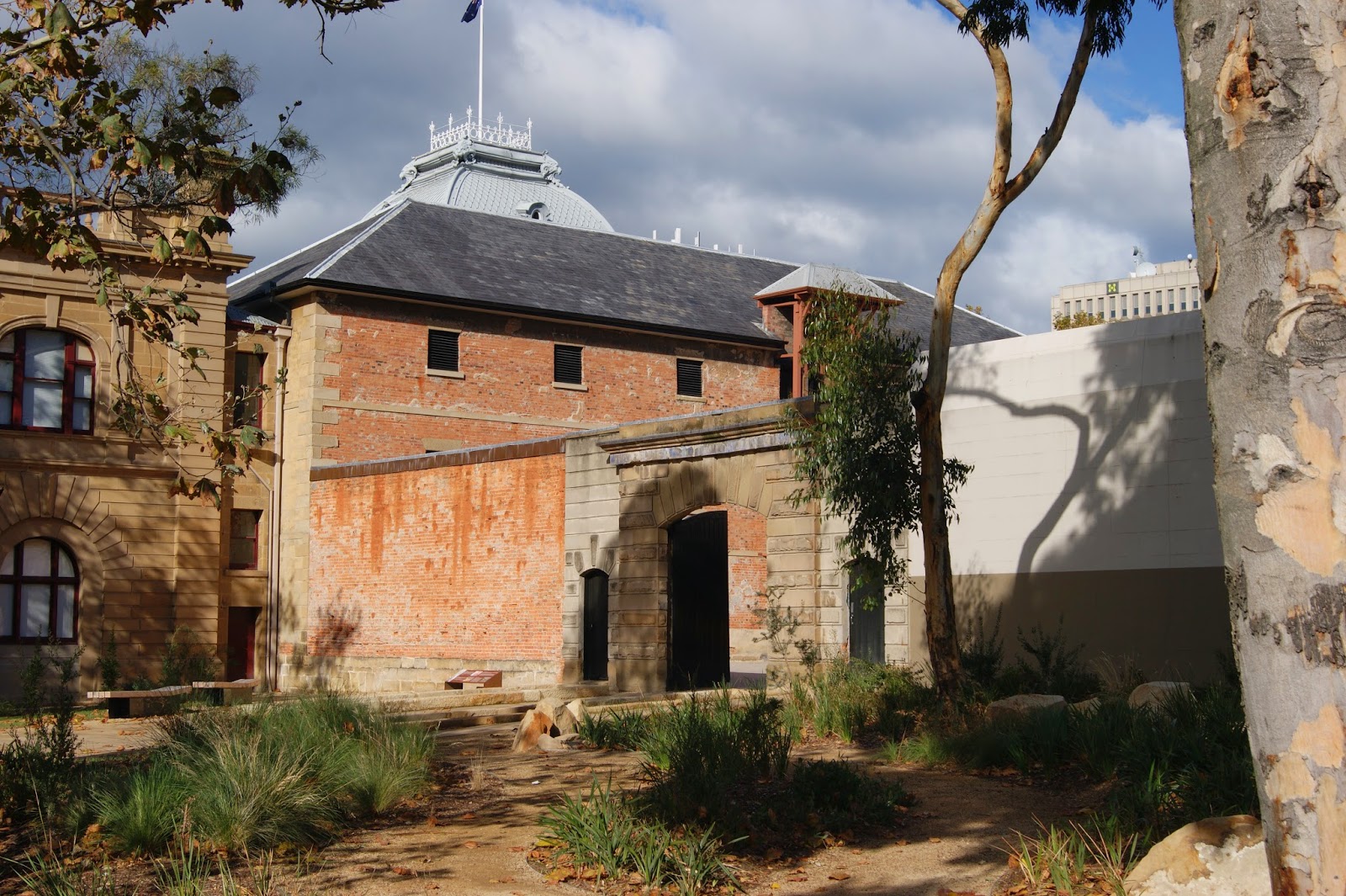 Over two hundred years ago, the most important area of the fledgling colony was the commissariat precinct and the government wharf area. The area was heavily guarded as the goods that were stored behind the walls of the commissariat store were crucial to the survival of the young colony. The main access to the complex for goods was through what became known as the Watergate. 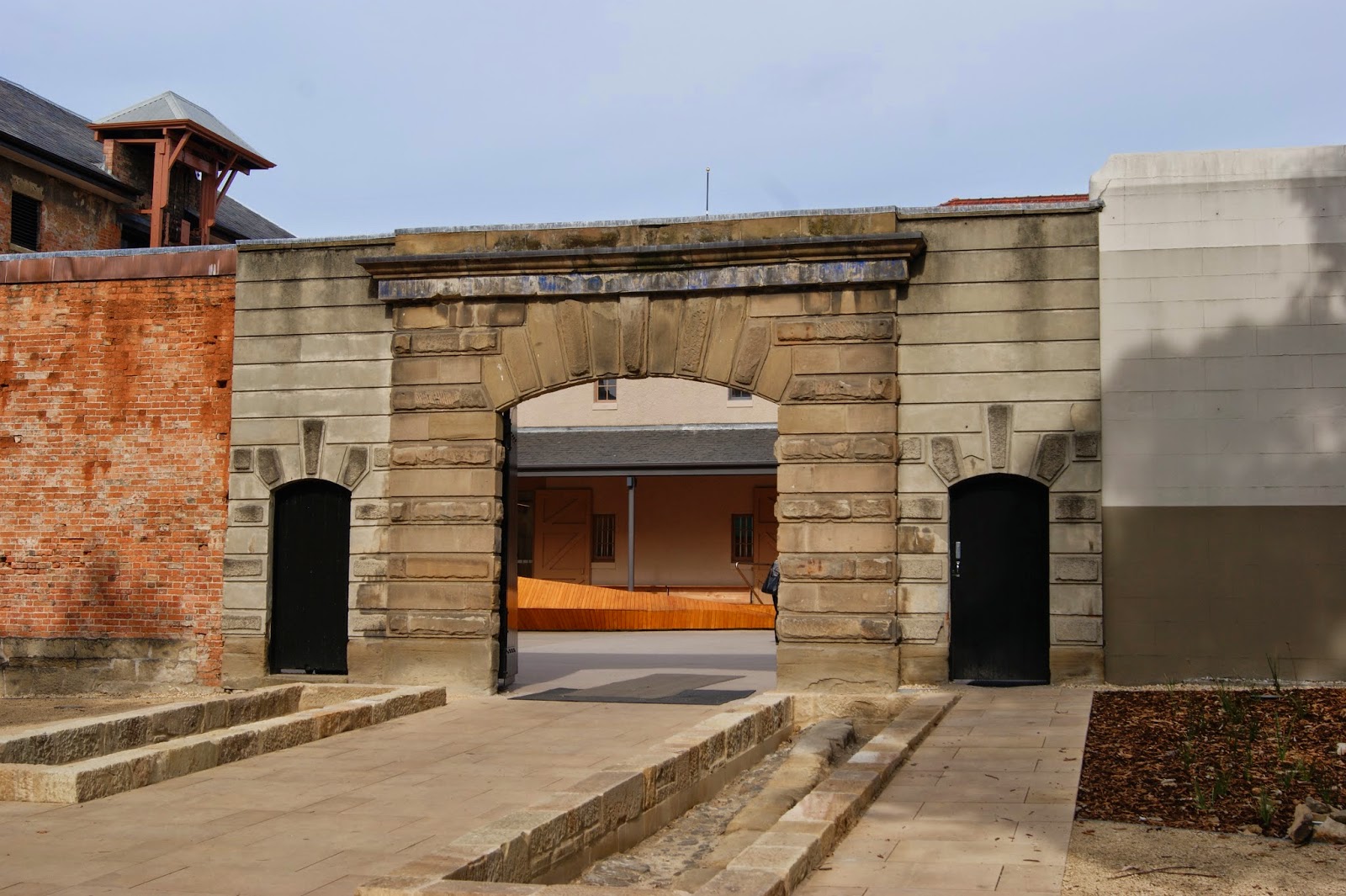 The Watergate was so called because of its closeness to the waterfront, the Hobart Rivulet and the causeway to Hunter Island. This made it ideal for the loading and unloading of goods from ships anchored in Sullivans Cove. The buildings through the Watergate were built in the early years of European colonization. They were occupied and used by the commissariat department to store and issue supplies to the colonists of Hobart Town. The commissariat building is still the oldest surviving public building in Tasmania, having been built in 1810. (See my post on the Commissariat Store & Bond Store
- Commissariat & Bond Stores, Hobart )
These buildings played an important role in the community as the place to receive, store & distribute goods to the colonists. 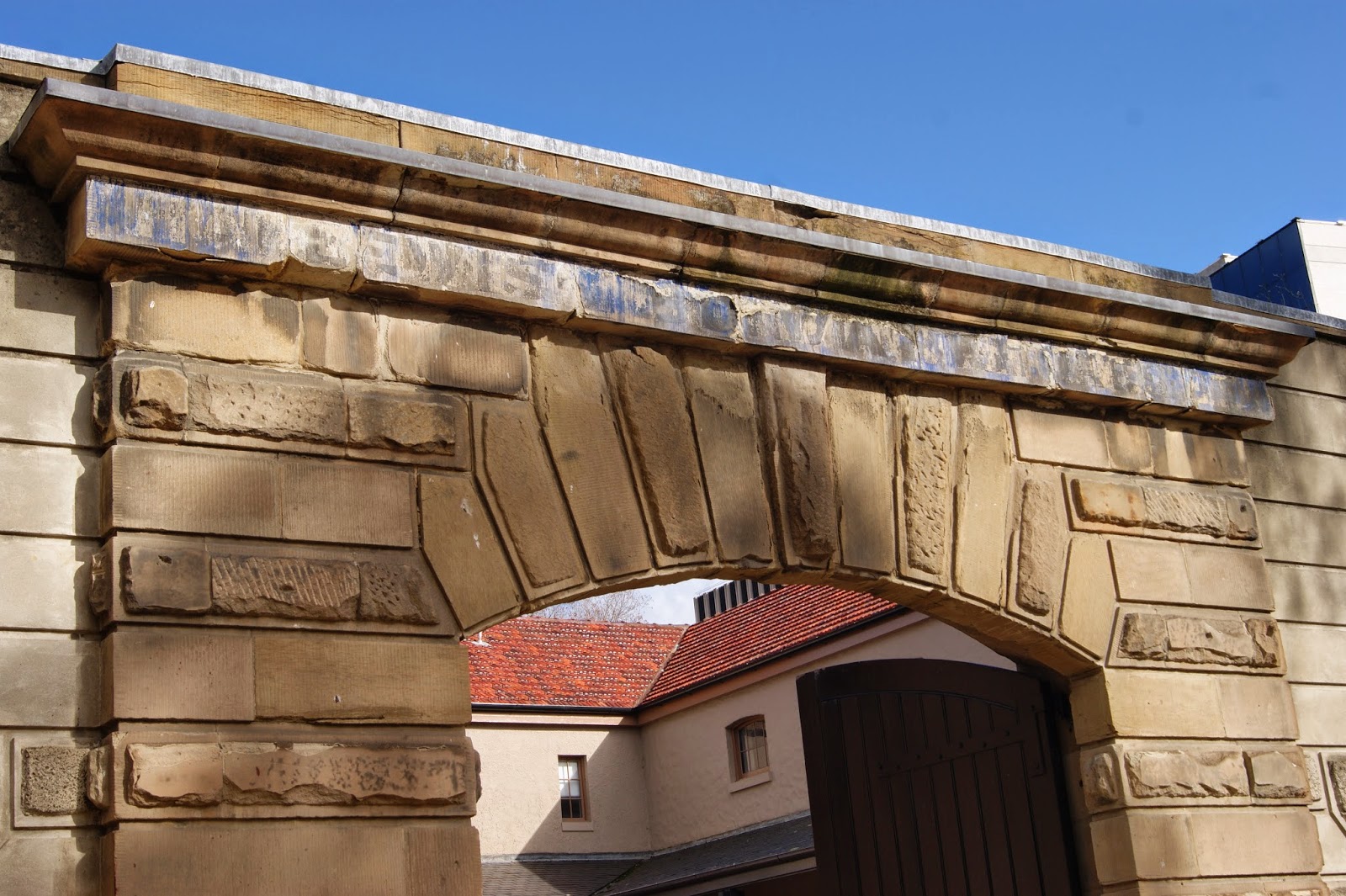 The high wall and gateway were constructed in 1826 and originally included a decorative triangular gable across the top of the gateway. However the gable was found to be unstable and was soon removed. 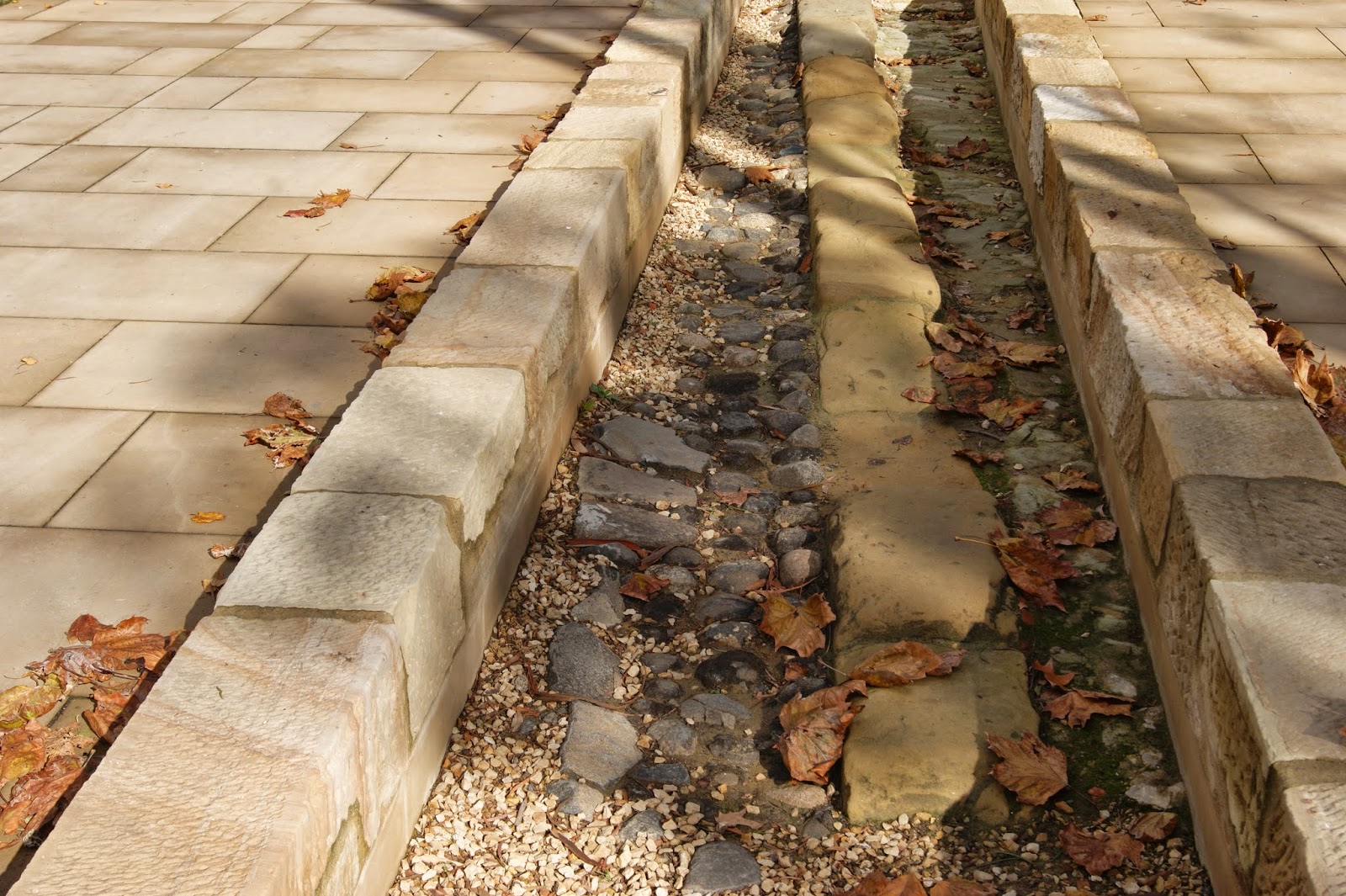 The ramp leading from the government jetty up to the gateway was made with cobblestones. Up this ramp, convicts were tasked with hauling the goods through the Watergate and into the stores from the small barges or lighters, that tied up at the government jetty. Parts of this cobblestone ramp can still be seen today with sections having been excavated during archaeological studies on the site. 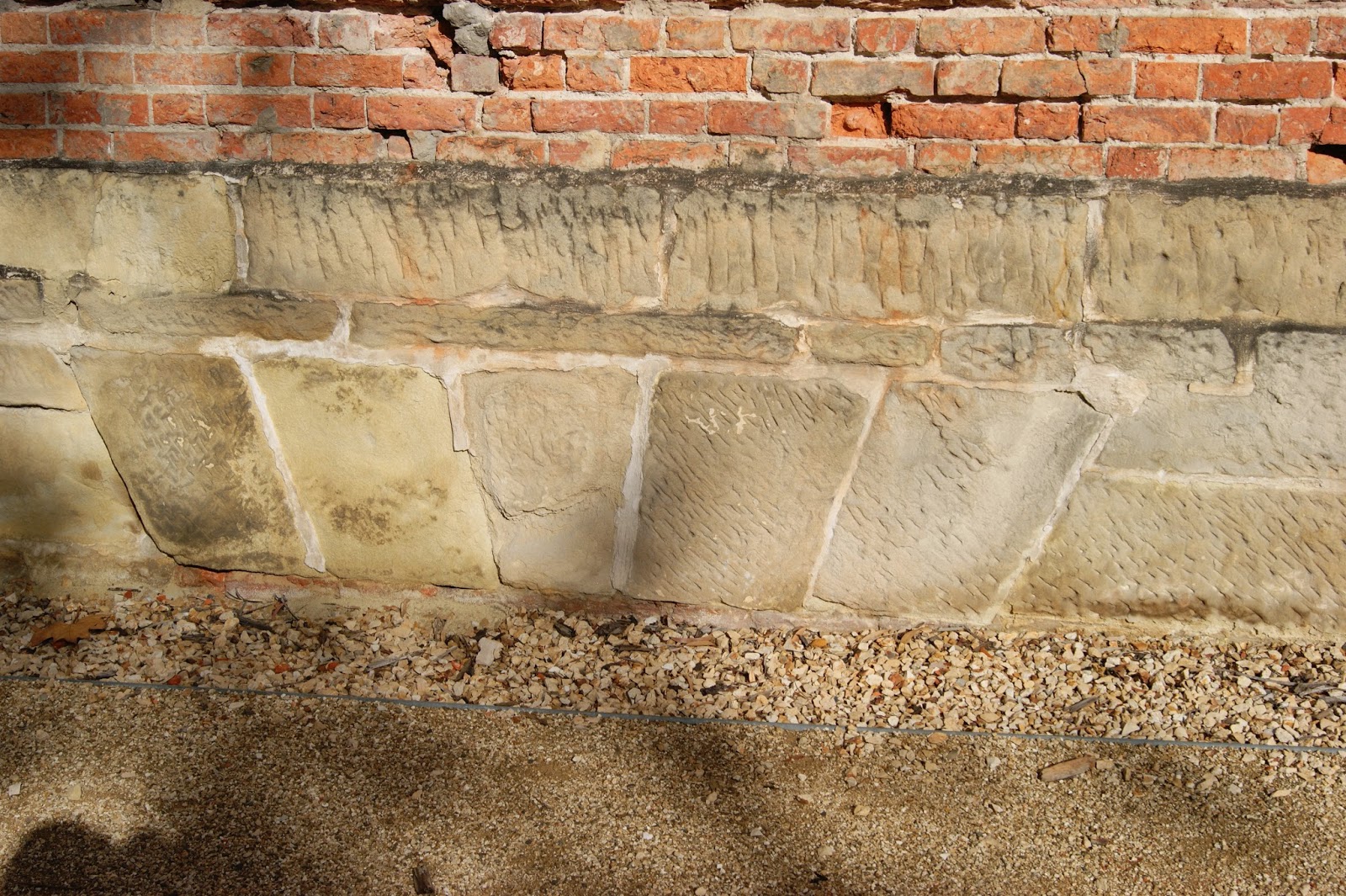 Just to the left of the Watergate, the tops of two doorways can be clearly seen. These are the doorways that led to underground vaults built in the 1820s and which now lie beneath the courtyard behind the wall. The vaults were used to store barrels and bonded goods, which were held there until duties were paid to the government. they began to collapse soon after construction and were abandoned when the land leading up to the Watergate and the wall was reclaimed in the 1840's. 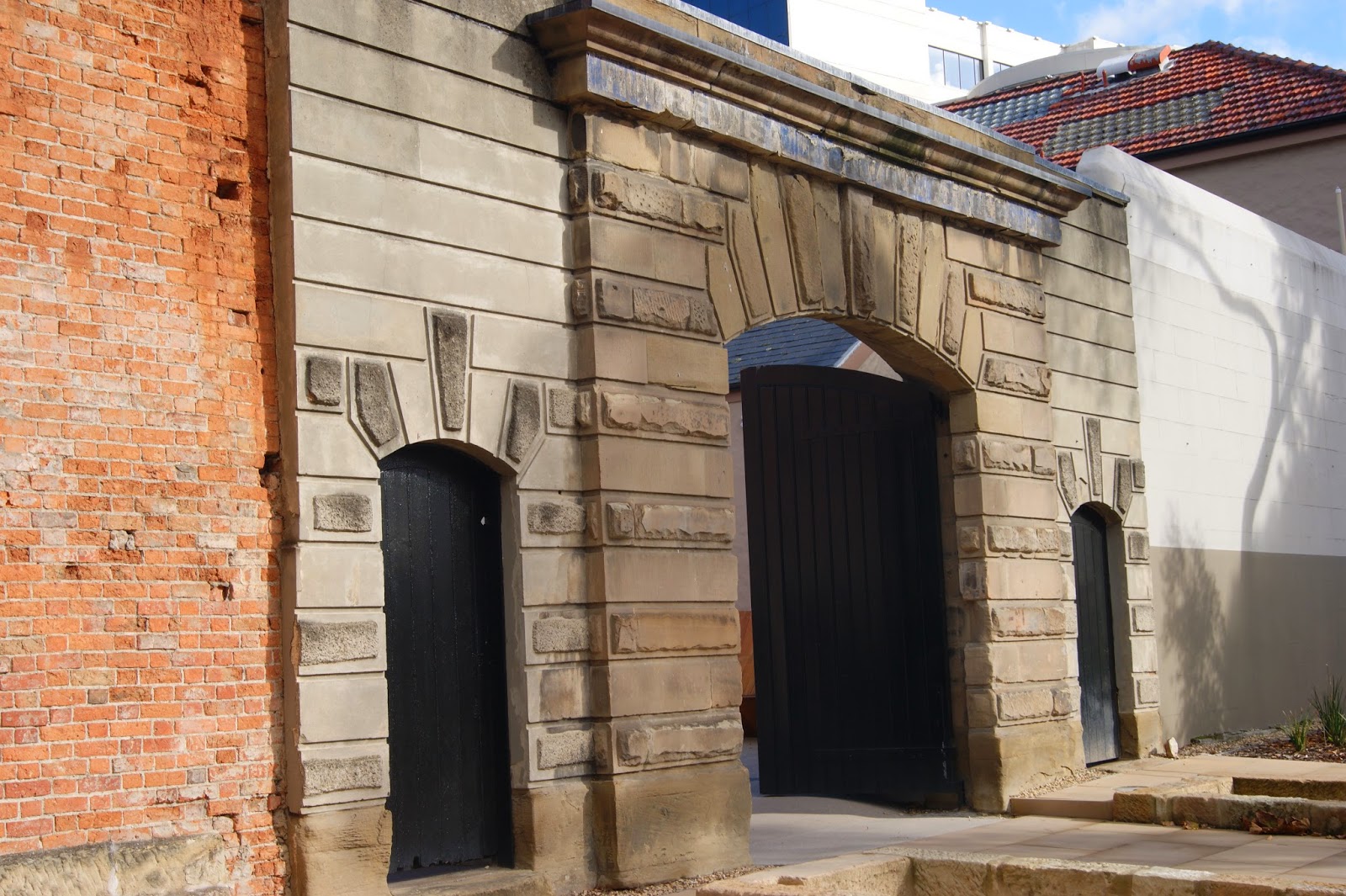 Its difficult to imagine these days just how the area originally looked with the water lapping just a few metres away from the gate as the land right around the front area of the complex has been reclaimed. There are a number of old paintings and prints of the time which give us a idea of what the area looked like.The current gateway was constructed in 1870. 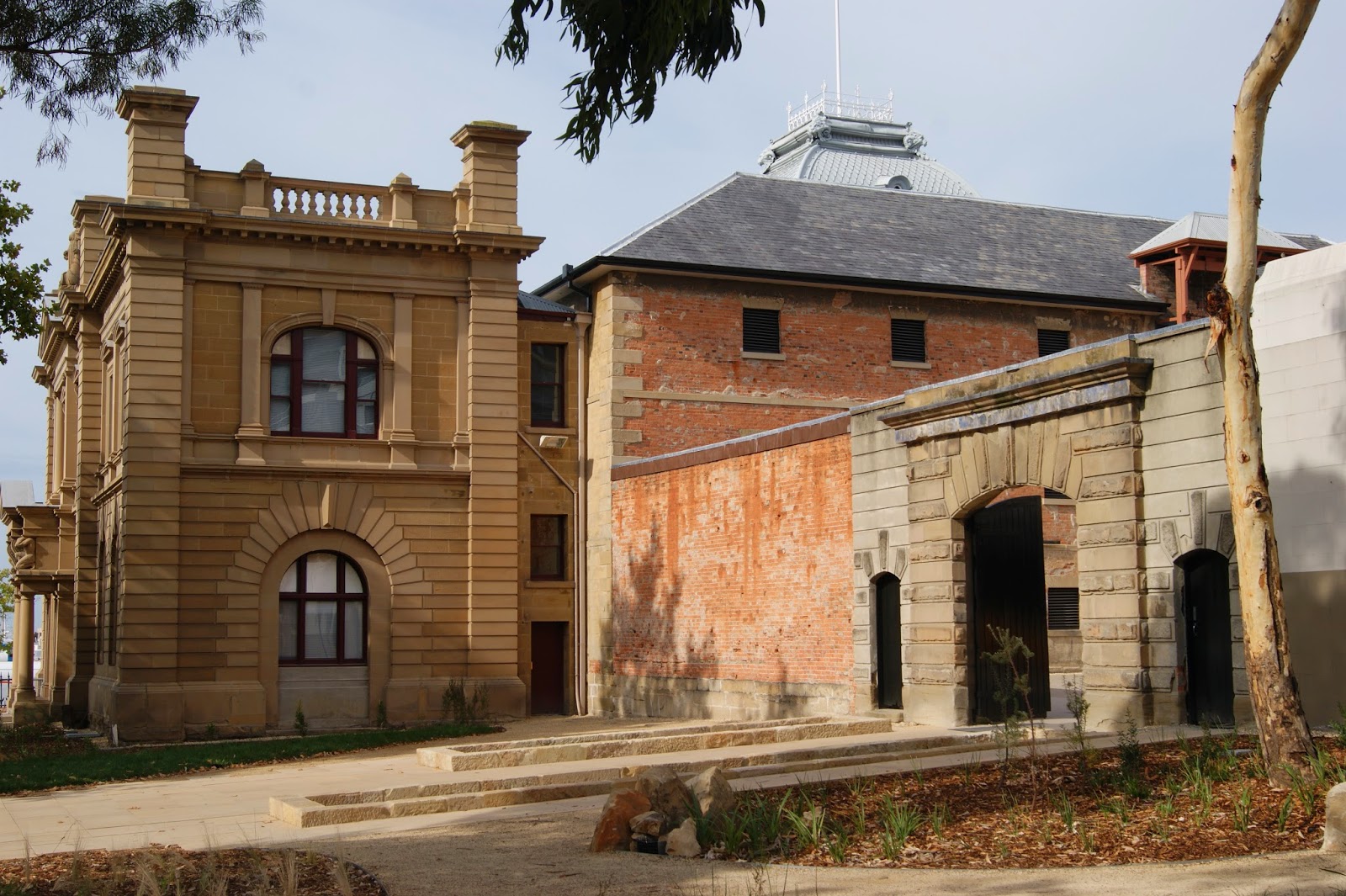