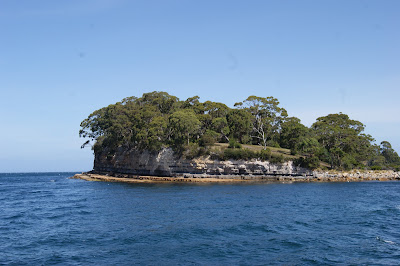 Many people are aware that convicts sentenced to the Australian colonies arrived in their greatest numbers between 1830 and 1834 – they may not be aware that between 10 and 20 percent of each ship’s arrivals were boys 10 to 14 years of age. On arrival, the prison processing called for convicts to be paraded in the barracks building in Hobart Town, approximately 30 miles from Port Arthur, for inspection by prospective employers. Signing on as prison labourers was overseen by a group of officials known as the Board of Assignment, and the Assignment Scheme was structurally part of colonial development. 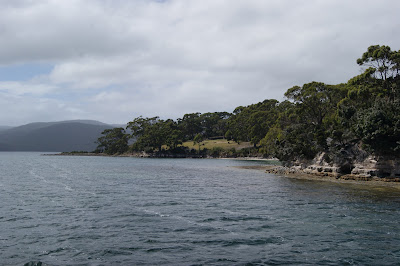 However, very few boys were assigned under the Scheme; they were too small and underfed to cope with the tree-felling, quarrying, road-making and coal-mining which was an integral part of establishing the colony. The boys were left in the barracks to be imprisoned with the hard core of criminals who remained after the Assignment process. The prison authorities were concerned that the problems of the prison “mix” at Port Arthur could only worsen as there were no signs that the flow of young convicts from Britain was diminishing. 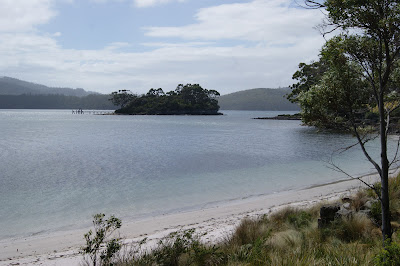 Discussions between Lieutenant-Governor George Arthur, the administrator of the colony, and the commandant of the prison, Captain O’Hara Booth, resulted in the proposal of a prison settlement for convict boys, “ to train them in some useful trade and to reform them so that they would be useful citizens”. The prison settlement on Point Puer, a promontory in Opossum Bay, Port Arthur, Tasmania, Australia, was established to cater for boys sentenced to penal servitude by the courts of England. It operated from 1834 to 1849 as part of the prison at Port Arthur. To have established a separate prison would have “been attended with additional expense”, which the Lieutenant-Governor Arthur and the British Government could ill afford. 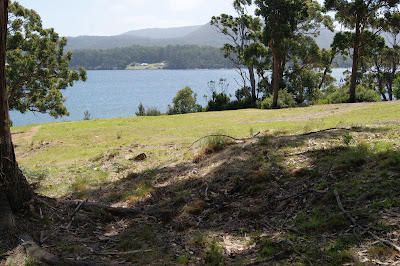 It predated Parkhurst Prison on the Isle of Wight by four years and was initiated by Lt Governor Arthur at a time when children were being seen in their own terms, rather than as small adults. In December 1833, the first sixty boys were sent to Point Puer. Their task was to build their prison. Stories of the inaccessibility of Point Puer highlight the sixty-foot drop of sheer cliff on the western side and the treacherous currents that swirl around the Point into Opossum Bay. Only three boys were ever to successfully escape, and in more lurid writings later in the nineteenth century much was made of an uncounted number who suicided while (supposedly) attempting to escape. 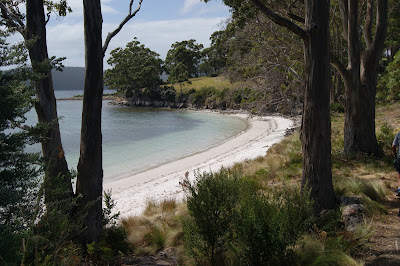 The Commandant of Point Puer, William Champ, in 1834 described Point Puer as “a wretched, bleak barren spot without water, wood for fuel, or an inch of soil…”. Buildings were simple constructions hastily built between 1834 and 1840 to house rapidly growing numbers. Eventually a road was built around the fringe of Opossum Bay linking Point Puer with Port Arthur; halfway along the road, half a mile from the Point, a demarcation line separated the two establishments. The demarcation consisted of patrolled perimeter, soldiers’ barracks, two cells, two exercise yards, and two schoolrooms. 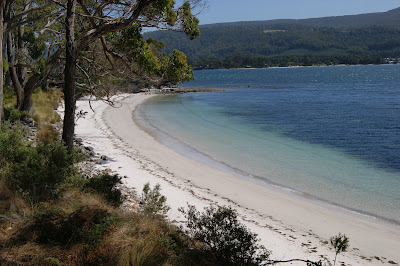 Construction at Point Puer, as at Port Arthur, was principally of Port Arthur handmade bricks, but, as there was no lime in the mortar, deterioration of the buildings was rapid. Today there is little trace above ground of the settlement of Point Puer. Best preserved are the underground storerooms of the main gaol building, which are virtually intact. There is little reason to believe that the boys who were transported to Point Puer were different in temperament to any similar group of boys today – the differences lay in their life conditions. Many were victims of the appalling poverty of British slums, or the worse poverty of British farm labour. The Executive Council in Hobart Town made few allowances for their circumstances, declaring that they were “very young, and as there is reason to believe, very depraved and difficult to manage, perhaps more so than grown men”. 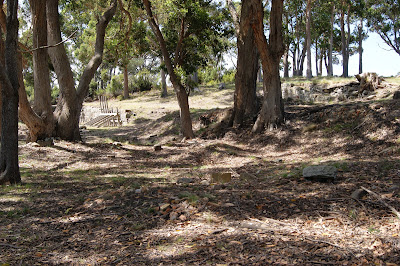 This was a contributing factor to Lieutenant-Governor Arthur’s decision to establish Point Puer as a settlement for boys within the Port Arthur Prison. Another contributing factor was the five months’ sailing-ship voyage from England; this gave boys who had been convicted of what we consider today relatively minor crime, time to become expert criminals under the tutelage of their more violent older shipmates. An experiment in transporting only boy convicts on the barque Frances Charlotte in 1837 successfully set a daily program of education and activity that resulted in a skills gain from the journey and a more positive result to the final penal servitude than had previously been the case. Despite this success, the despatch of a boy-convict-only sailing ship occurred only once more, in 1838. Although the success of the Frances Charlotte’s shipboard program was repeated, the authorities never again saw fit to send a boys-only ship, and after 1845 the number of boys transported decreased to negligible proportions. 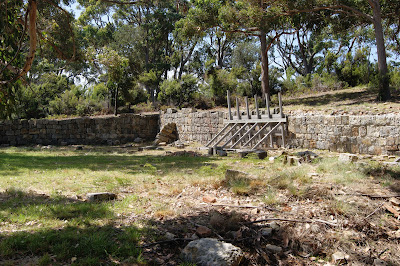 The misdemeanours for which many of the boys were transported seem trivial by today’s standards, but sentences of the period reflect the attitude of the day when punishment was meted out to the full weight of the law. Punishment was at the core of the regime at Point Puer, and severity was the keynote. “The code of punishment at Point Puer makes grim reading with its emphasis on repressive discipline and the infliction of physical pain.” It should not, however, be assumed that only “young innocents” were incarcerated at Point Puer. Many of the boys had been “schooled” in the inner city slums of London and were accomplished villains. 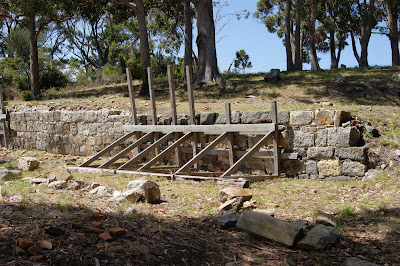 Older boys demanded the allegiance of younger boys through standover tactics that still exist today. Violence could be easily organised at Point Puer, especially when one recalls that many of the overseers were “ticket of leave” men, that is, convicts who had completed their sentences. The most serious crime in Point Puer’s history occurred on 1 July 1843 when an overseer was murdered by two of the boys at the prison. The end of the settlement at Point Puer was forged in the 1830s by a growing pride in the colony. A generation of native-born whites had occurred, and the Australian population saw that progress meant a move onwards from the days as a convict colony. 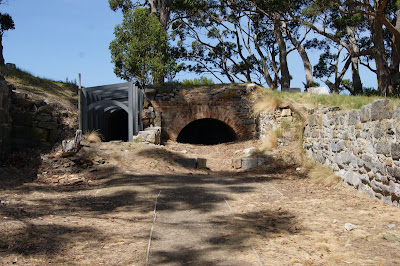 Even the convict labour provided by the Assignment Scheme was only welcome so long as it did not conflict with a growing freeman labour force. However the transportation system took a long time dying. In 1836, convicts and ex-convicts comprised 46.5 percent of the population of Van Dieman’s Land and this percentage grew to 52 percent by 1849. 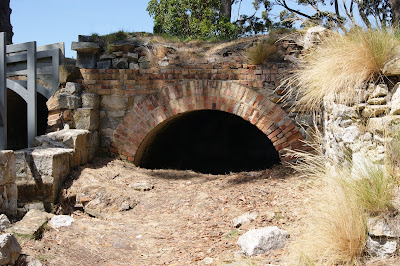 But a depression in the early 1840s saw the formation of Anti-Transportation Leagues among the colonists and as early as 1835 Governor Arthur noted in his reports to the British Foreign Office that he had “long foreseen that abolition (of transportation) would become a popular question”. The British Government, however, still had the need to export its convicts and, well into the 1840s, there were attempts to continue to transport convicts under renamed and redevised schemes. 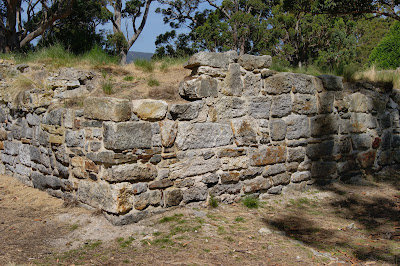 These “programs”, which were based on partially “reforming” the convicts at special prisons and then transporting them as “free emigrants”, resulted in a shipload of 51 boys arriving in Hobart Town in 1843 after 3 years at Parkhurst Prison in England. “From the beginning they were arrogant and untrustworthy as employees, and maintained that, as “free emigrants”, the authorities had no power over them. The worst were sent to Point Puer.” 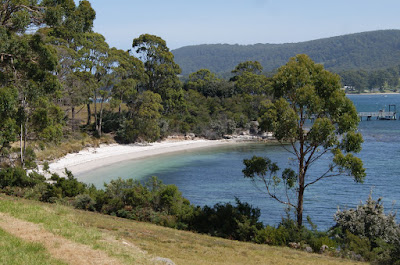 In 1844, the “Pentonvillians”, as the colonists described the “free emigrant” adult convicts who had been “reformed” in Pentonville Prison, arrived to prove themselves similar in every way to the boys who had preceded them. Mounting public pressure from the colonists made it clear that cosmetic changes to the transportation system could no longer be tolerated and that abandonment of the scheme was essential to development and good order in the colony. The process of reining in the transportation system began. 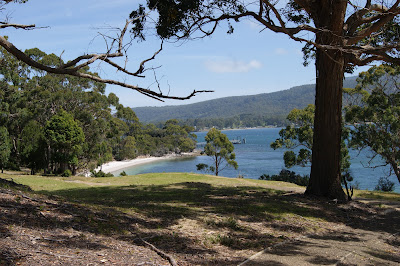 Convict transportations dwindled over the years and convict settlements closed. On 1 March 1849, the last 162 boys at Point Puer were transferred to the work station at Cascades in Hobart Town and the Prison at Point Puer was closed. While some boys continued to offend as adults, others used their trades and pursued honest and successful lives. 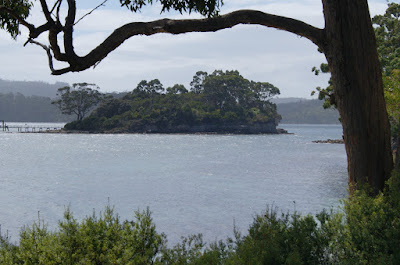 Unfortunately, no buildings remain at the site, and only a few sketches were made before the establishment was demolished. There is however a comprehensive collection of architectural plans drawn by the Public Works Division, many by the convict artist Henry Laing in 1836-7. These are stored at the Port Arthur Resource Centre and the Tasmanian Archives Office. 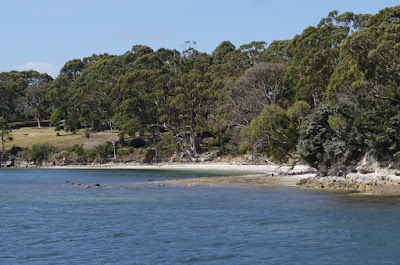