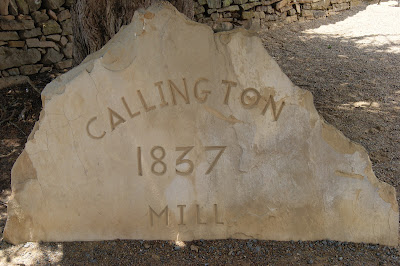 John Vincent must have thought he was on a sure thing when he built the Callington Mill in 1837. He had arrived in the colony as a free settler with his wife & 8 children an made his fortune in an enormously profitable business of supplying licquor to ever thirsty colonists.  However, by 1836, his argumentative nature and violent temper seem to have made him so unpopular that he left his pub at Spring Hill and moved to Oatlands, when he built Callington Mill. 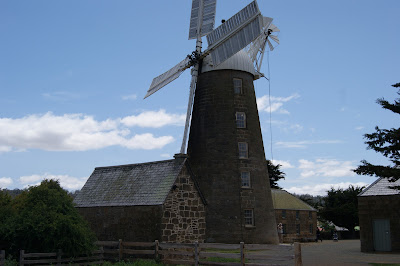 Callington Mill is a "Lincolnshire" tower mill, a tapered stone tower carrying a cap, fantail & sails. Callington Mill had patent sails which enabled the miller to adjust them while the mill was working to ensure a regular operating speed. 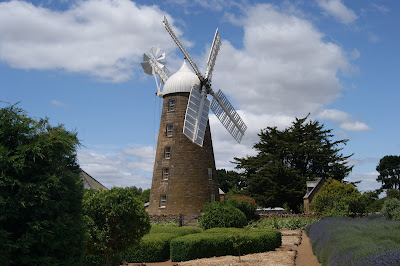 The curved, gradually tapering tower and narrowing thickness of its sandstone blocks all demonstrate that it was built by a master mason, well versed in the art of windmill construction. It is said to have been built by the firm of Cleghorn & Anderson, well known as builders of mills throughout the colony. The machinery was imported and erected by two of the colony's most important millwrights, Easby & Robertson. It originally had two pairs of French burr stones. These stones are still regarded as the finest in the business, imported from a small area near Paris. Nothing but the best for John Vincent & his mill!! 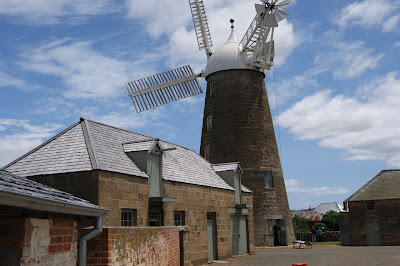 At the time, Callington Mill was the biggest and best mill in the district. But two years later, Vincent has apparently had enough of milling, for he advertised his mill for lease as "one of the first rate windmills in the country and surpassed by none in the business". Despite its obvious attractions, the mill failed to sell and eventually Vincent sold it to his son, John Jnr. In 1845, John Vincent Jnr commissioned engineer Alexander Clark to install an eight horsepower steam engine and another pair of French burr stones. No longer at the mercy of the unreliable wind, he was able to advertise that "the utmost expedition of any orders may now be depended upon". This masive investment must not have paid off for by the early 1850s, young John was on his way to the Victorian goldfields to seek his fortune. Over the next 13 years, the mill was often up for sale, its price declining each time it changed hands. 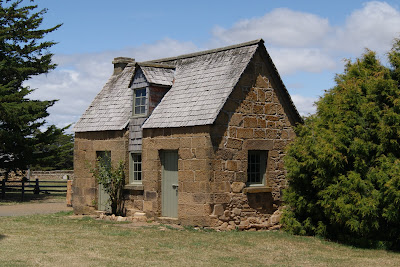 Thomas Jillett bought the mill in 1853 and in the early 1860s, he added another pair of millstones to the steam engine. The next owner, John Bradshaw, installed a new pair of millstones, Boddingtons Patent Millstones, which could produce more flour to the bushel than the burr stones. 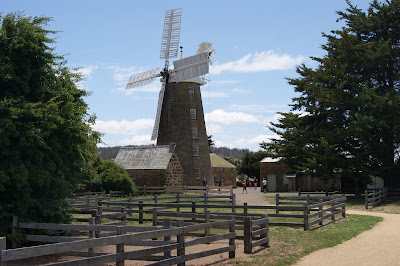 Despite further improvements, including new millstones and larger engines to drive the steam mill, larger events overtook Callington Mill. Beginning in the 1860s, mills all over the colony began to close as wheat production shifted to the mainland. Then, in the 1870s, the new railways bypassed the town, benefitting the larger mills located around the northern & southern ports. The banks forclosed on the mills last owner in the depression years of 1892 - 93 and gradually the mill fell into disrepair. It was used as a blacksmith's forge, leading to a fire which destroyed the cap and internal structures. In the early 20th century, it was adapted for use as a water reservoir by applying cement render to the internal walls. Finally the heritage value of the mill was recognised and over the past 40 years, the mill has been gradually restored through the enthusiasm of community groups, the National Trust, corporate sponsors and local, state & federal governments. Callington Mill has now become a unique example in Australia of an active, working colonial tower windmill with the restoration completed in 2010. The mill site comprises the windmill, a granary, stables, millers cottage and mill owners house. 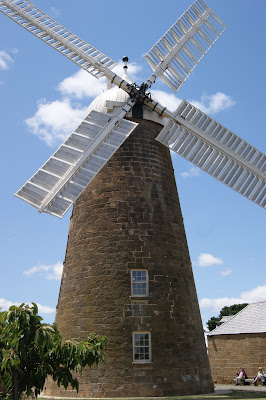 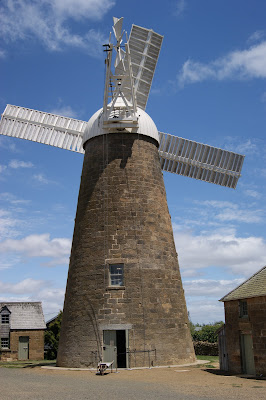 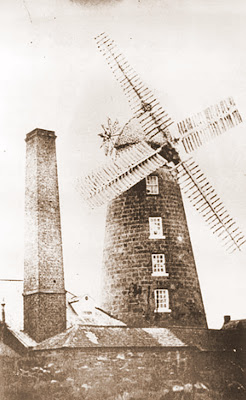