300th Post!
261,733 blog views!
Thank You to Everyone who has Visited.
Hope you continue to enjoy the posts. 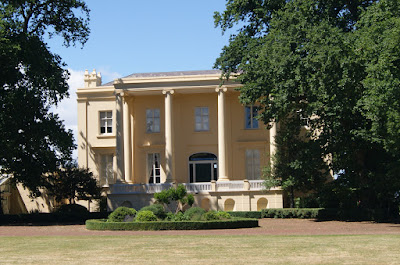 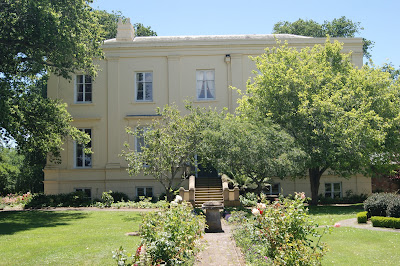 This is the house of one of the richest men in Tasmanian history, James Cox. He was the second son of Captain William Cox who pioneered the road over the Blue Mountains in New South Wales and was born on 1 November, 1790 at Devizes, Wiltshire England. James was educated at King Edward’s Grammar School in Salisbury, and he went to sea to fit himself for colonial life, before joining his parents in N.S.W. in 1806. 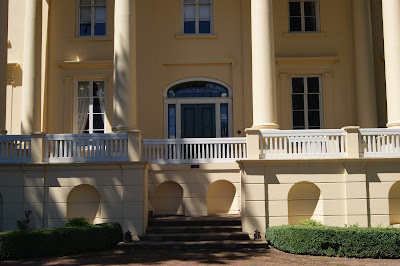 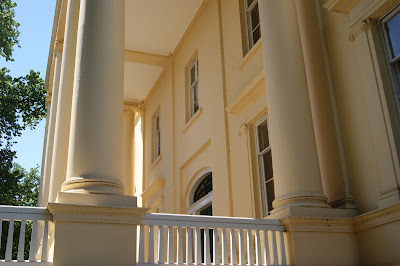 ‘Clarendon’ was built on the banks of the South Esk River and is one of the great Georgian Regency homes of Australia and is an outstanding colonial farm complex with a residence that was first established in 1817 by James Cox. In June 1812 he married Mary Connell in Parramatta New South Wales and moved to Tasmania in 1814, accepting a land grant of 700 acres and later adding another 6,000 acres to his estate which he called Clarendon after his father’s home and he took up residence there in 1816. 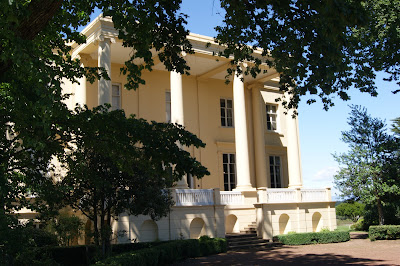 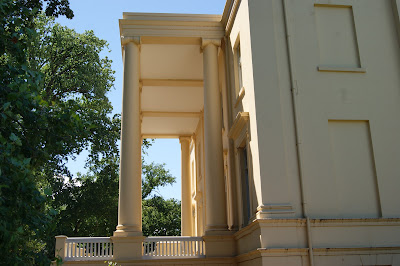 Mainly because of fear of bushrangers and Aborigines he moved to Launceston the next year, becoming a merchant and contractor for supplying meat to the government commissariat. The same year he became a magistrate, but by the late 1820s he resided again at ‘Clarendon’ where he ultimately began the construction of a large stone mansion, which was to replace his original timber dwelling and which was to cost him between £20,000 and £40,000. 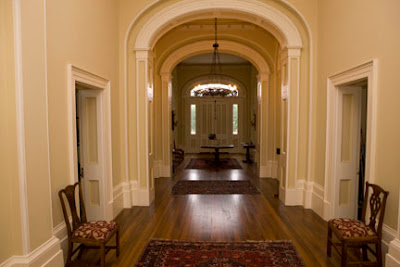 By this time his industry and intelligence had made him one of the wealthiest men in Tasmania. Cox had become a prominent pastoralist acquiring multiple sites of land and he formed the village of Lymington and endowed St. Peters Church there. He introduced fallow deer and set up a deer park at ‘Clarendon’. In 1829, he bought for eighty guineas a Spanish ram ‘Newton’, shipped from London and his breeding commenced in earnest. He never regretted his bargain for ‘Newton’ was the sire that immensely improved his quality of merino wool. He imported a fine Hereford bull, with whose stock he gained many prizes at agricultural shows. He also imported the Arab horse, ‘Hadji Baba’, a great asset to horse breeders. 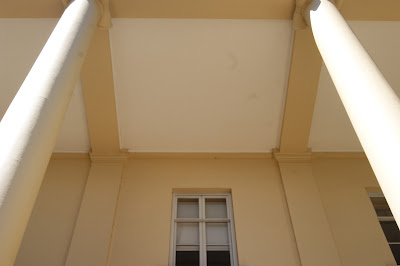 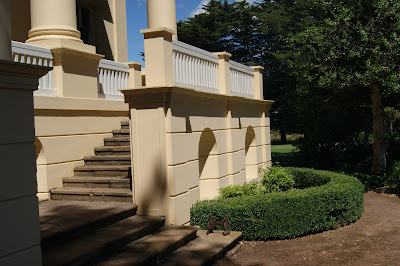 On 1 May 1829 he married his second wife, Eliza Eddington, aged 19 the daughter of Tasmania’s first Lieutenant Governor and his mistress, Margaret Eddington By the time she was ten, Eliza owned 900 sheep. In 1824, under the name Eliza Eddington, she was granted 500 acres not far from Clarendon so she did not come empty-handed to her marriage in May 1829. 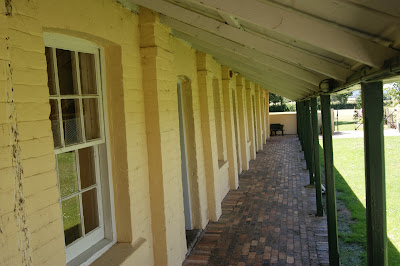 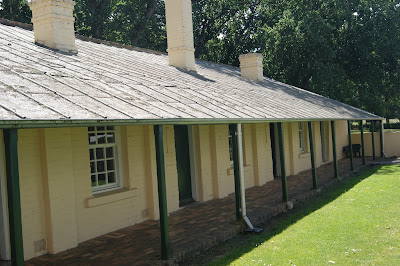 During their lifetime Clarendon developed into a very large and successful grazing property with its seven hectares include extensive gardens and parklands. The residence was fully furnished by the Cox family predominantly with English and colonial pieces. The bigger, finer Clarendon was finally completed by James Cox in 1838 when he had been married nearly ten years to Eliza. 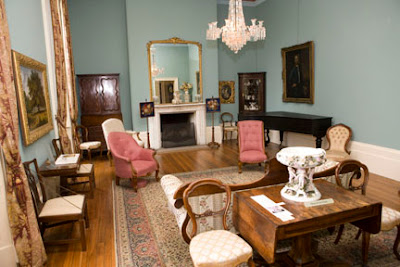 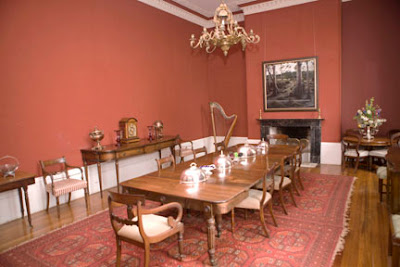 James was a magistrate and twice a member of the Legislative Council, as well as a major pastoralist. By 1864, his family lived on an estate of over 5,000 acres and he owned other properties let to tenants. He formed the village of Nile (called Lymington until 1910) to house Clarendon’s farmworkers and, in 1862, he and Eliza donated three acres for St Peter’s Church and burial ground there. 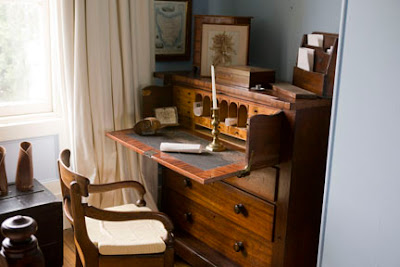 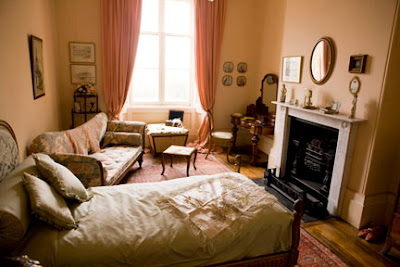 James died at ‘Marion Villa’, Low Head, his sea-side home on 16 March 1866 at the age of 76, and was buried in the family grave at St. Andrew’s Church of England, Evandale. His second wife, Eliza died at the age of 59 on 25 August 1869, and then ‘Clarendon’ was inherited by James Cox’s grandson, James. 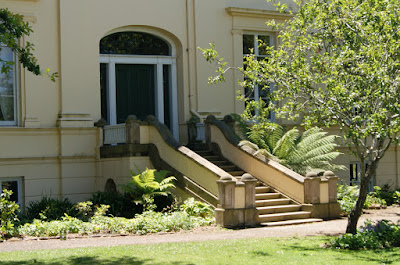 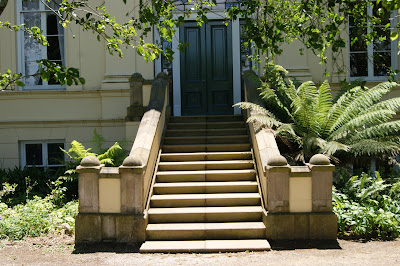 In present days, the property of ‘Clarendon’ is better known in Tasmania than the man, but James Cox had considerable impact on Tasmania as a breeder of more than one species of mammals. Today Clarendon has been restored to its original condition and includes a servant's wing, woolshed, stables, stone barn, cottages and a coach house. 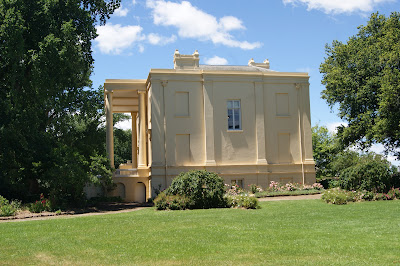 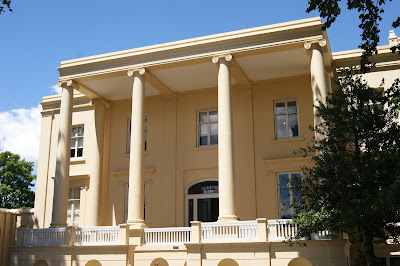 This magnificent Georgian three storey house, complete with many outbuildings and extensive gardens was given to the National Trust by its owner at the time, Mrs W.R. Menzies in 1962. Outstanding in its day, it was not in good shape in 1962 when it was donated with nine acres to the National Trust, and took ten years to renovate, opening to the public in 1972. 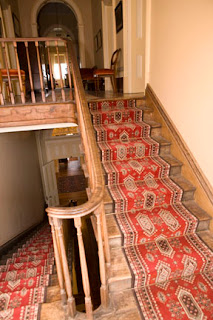 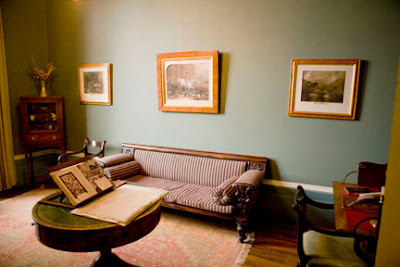 It remains in the hands of the National Trust to this day and is absolutely magnificent. Of the many places I have had the pleasure of visiting during my journey, Clarendon would have to be one of my favorites. It is still stunning and really evokes a wonderful feeling of yesteryear. 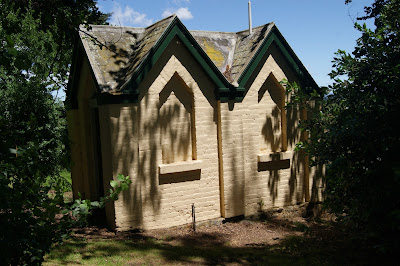 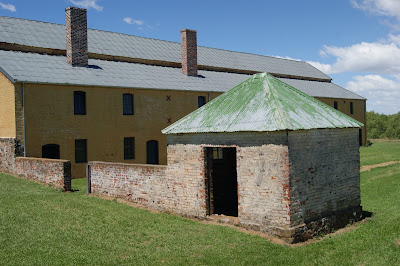 It wouldn’t have surprised me if I had run into James Cox while wandering around the beautiful building and grounds. This site is one that I highly recommend to any interested parties. You won’t regret your visit to Clarendon. 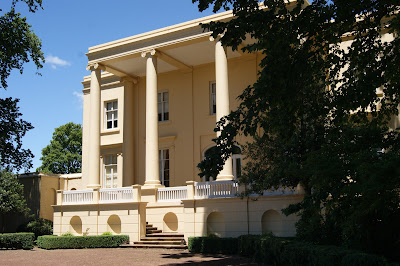 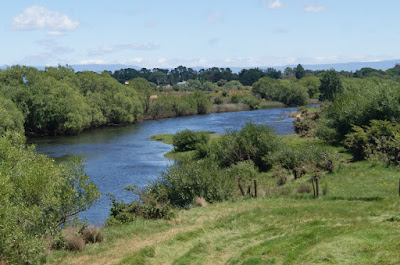