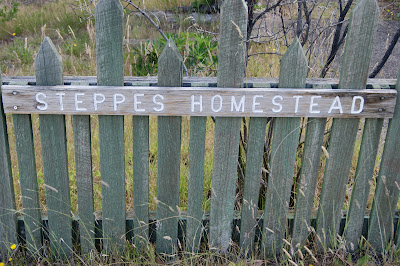 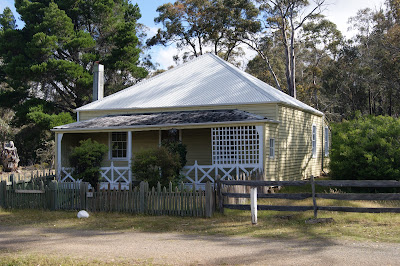 The Steppes Historic Site is located on the Lake Highway in the Central Highland’s of Tasmania about 35 km northwest of Bothwell. This State reserve, of 48 ha, not only protects the site’s historic buildings but also helps ensure that stories about a way of life, now largely gone, are carried into the future. Since 1863 the Steppes was intertwined with the growth of sheep-grazing in the central highlands and remained the home of the Wilson family for over a hundred years. 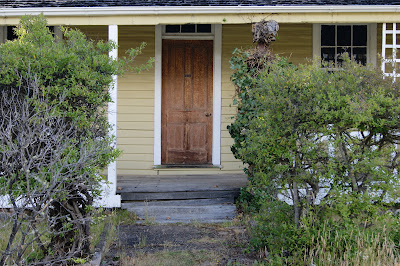 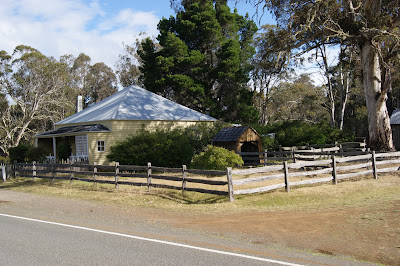 Stock was driven up to the highlands to rest the lowland paddocks during the summer months. A series of accommodation paddocks were provided en route where the sheep were held overnight. Some of these paddocks are still used today when sheep are driven from farms in the vicinity of Ouse and Bothwell to highland locations like the Liawenee moors for the summer. 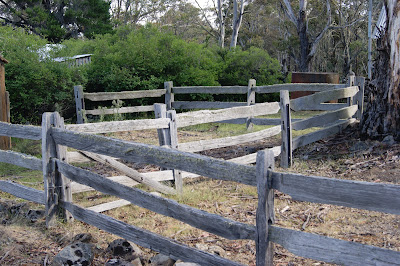 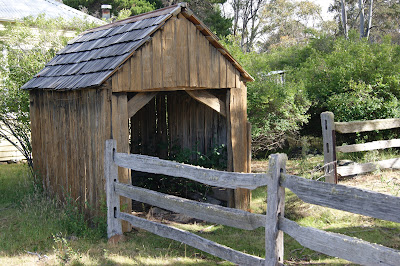 The Steppes was the home of the Wilson family for a period of 112 years that began in 1863. During this time, the Wilsons were a focal point of the life of the area. The arrival of James Wilson at the Steppes in 1863 was intertwined with the growth of sheep grazing in the highlands. With the pilfering of stock, police districts were created on the plateau and mounted police employed. 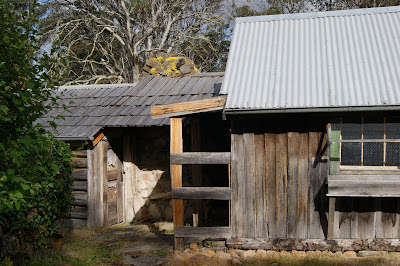 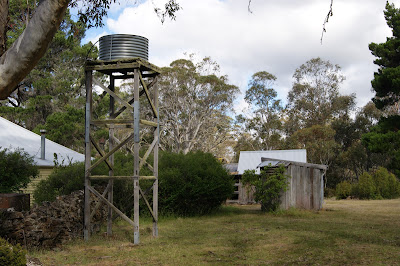 There is some confusion over the origin of the naming of ‘The Steppes’, however, the anecdotal evidence suggests that the name was given by James Wilson. A police station was constructed at the Steppes in 1863 and James Wilson, due to his extensive knowledge of both stock and the Lake Country, was offered the position of Superintendent of Police, a position he held for 30 years. He was assisted in his work by 2–3 deputies. Stock was driven up to the highlands to rest the lowland paddocks during the summer months. 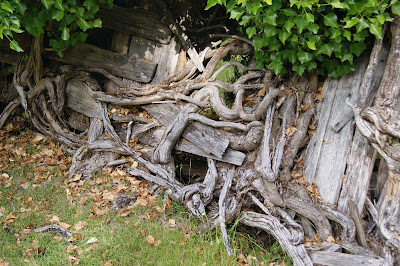 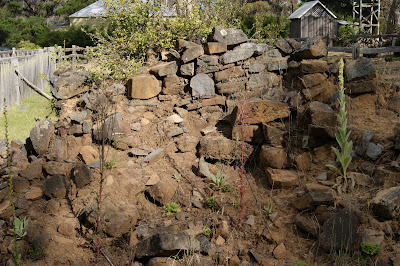 The Steppes are located at the junction of the Interlaken Road and Lake Highway. The road junction was a prudent location for counting sheep as they moved north and re-counting when they returned at the end of the summer. Jessie Moyes was the daughter of a Bothwell publican. She and James Wilson courted for over four years before marrying in 1874. Deep snow sometimes prevented James from journeying to Bothwell to visit Jessie during his off-duty time. During their courtship, James prepared a scrapbook for Jessie that included ornamental greeting cards, pictures of flowers, vintage postage stamps, verse and stories. 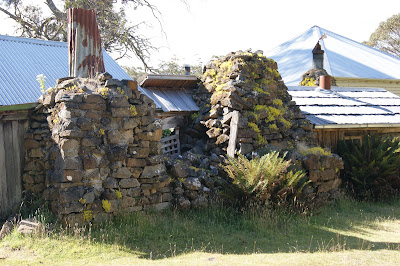 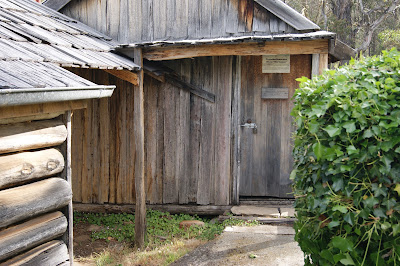 Jessie and James raised five children at the Steppes; a sixth child died in infancy and is buried nearby. James was made redundant when the police station was closed at the Steppes in 1894. The Wilsons were allowed to stay as tenants of the Police Department. Ten years later he purchased a 17 acre property about one kilometre from the homestead. James died in 1922, aged 85. Mrs Jessie Wilson and her three daughters continued to live at the Steppes. The middle daughter, Marion, moved away when she married the Reverend Carr, the rector of Richmond. However, in her later years she returned to the Steppes following her husband’s death. Mrs Carr died in 1967. 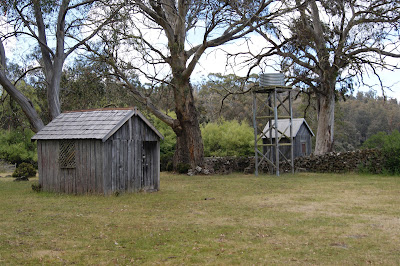 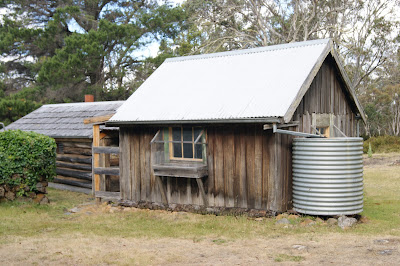 The two sons William and Archie moved away, married and bought farms of their own. Archie returned to the Steppes when his marriage failed and lived there to his death in the 1950s. Mrs Jessie Wilson lived at the Steppes until her death in 1946 at the age of 99 years. 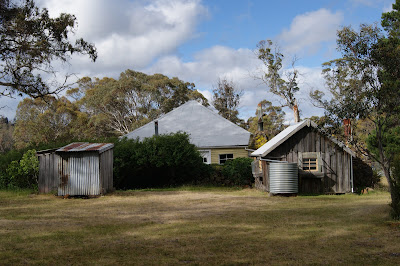 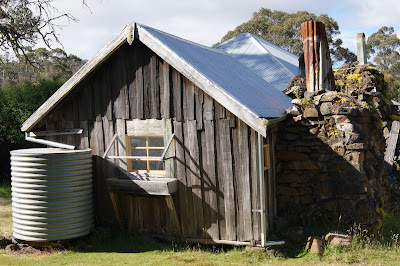 The last of the family was Miss Marjorie (Madge) Wilson who lived her entire life here at the Steppes. She passed away in 1975 at the age of 92 years. In 1910 James Wilson became a volunteer weather observer for the Bureau of Meteorology. From her father’s death in 1922, until her own in 1975, Miss Madge Wilson continued these observations. As her eyesight failed her in her later years, Miss Wilson had trouble maintaining the records and Jack Thwaites would travel from Hobart to assist her. 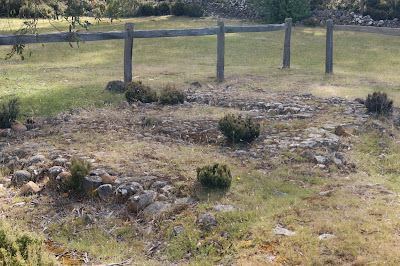 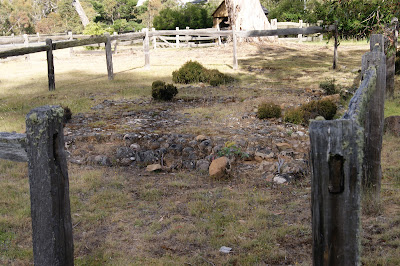 In 1973 she became the first Tasmanian rainfall observer to receive a plaque for 50 years continuous service. The Wilson family all had a close affinity with the bush they lived in and, in 1929, Miss Mary Wilson approached the Animal and Birds Protection Board (a forerunner to the Parks and Wildlife Service) with the suggestion that the former police reserve at the Steppes become a bird sanctuary, in part as a memorial to her father. The reserve was gazetted in 1930. 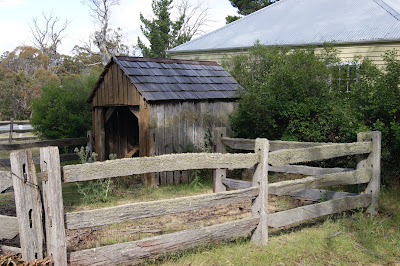 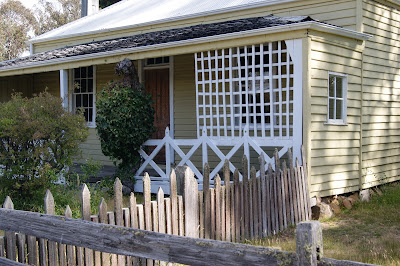 In 1957, the surviving family members, Miss Madge Wilson and her sister Mrs Marion Carr offered their private land at the Steppes for inclusion in the reserve. Their motivation was that it afforded protection to the birds and other wild creatures that they loved so much. Besides this, the reserve is now a memorial to this remarkable family. It is a wonderfully peaceful place to visit and it is open for visitors to wander the grounds year round. The site is a must visit when you are travelling through the highlands region! 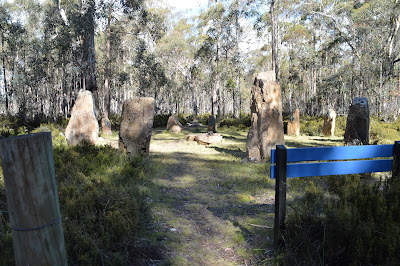 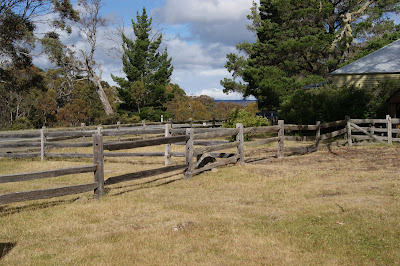