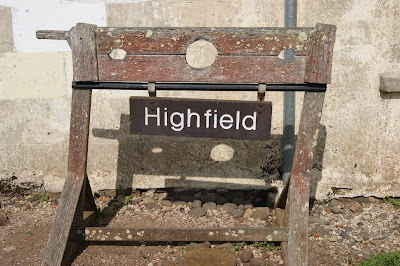 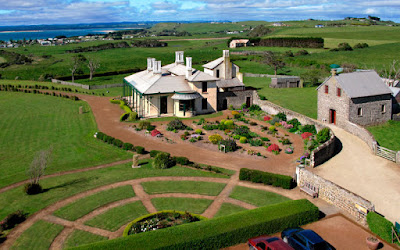 The story of Highfield is one of colonial expansion, commercial opportunism and cultural arrogance. It is also about extraordinary human endeavour and courage in the face of the unknown. Highfield House can be regarded as the 'birthplace' of European settlement in Tasmania's north-west. 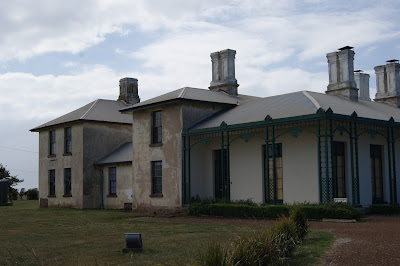 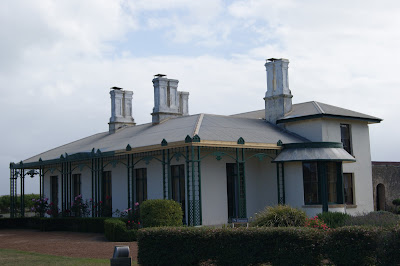 Built from 1832-35 as a residence for Edward Curr, chief agent of the Van Diemen's Land Company, the house represents an important part of Tasmanian historic heritage and became a virtual ‘Government House’ in the region. The history of the north-west region of Tasmania is inextricably bound up with the story of the Van Diemen's Land Company,  indeed, there are very few places in the region that have been unmarked by its presence. 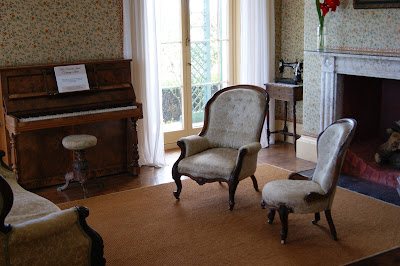 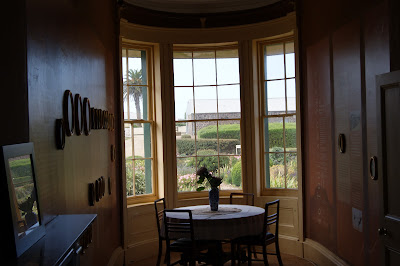 A small band of Van Diemen's Land Company personnel arrived at Circular Head in October 1826 aboard the Tranmere, together with livestock, supplies and equipment. They were the first Europeans to attempt to settle the rugged and remote north-west corner of Tasmania. 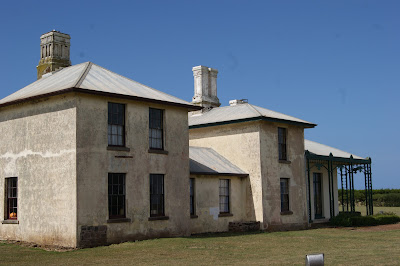 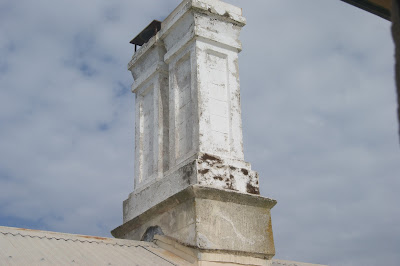 The Van Diemen's Land Company had been formed two years previously by a group of London-based businessmen. Their proposal was to establish a successful wool growing venture on the island to supply the needs of the British textile industry. The company was granted royal permission to select 250 000 acres in the unexplored territory of the far north-west. Circular Head appeared to be the most promising place for the new settlement. 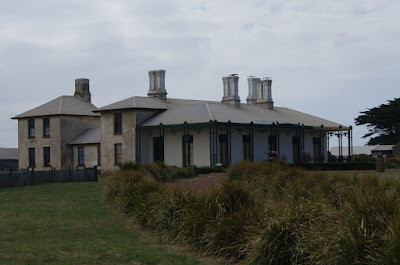 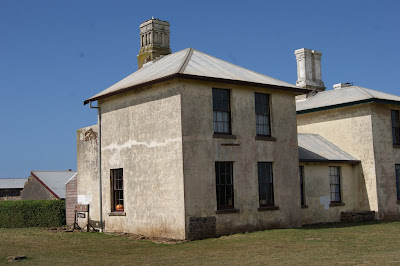 In June 1826 Adey, superintendent of company farms, wrote: “Here, instead of the dense unbroken forest further east were tracts of... 200 to 500 acres of clear and grassy lands and hills not so heavily timbered. There was also a good harbour and plenty of fresh water.” 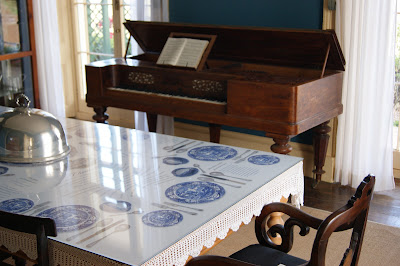 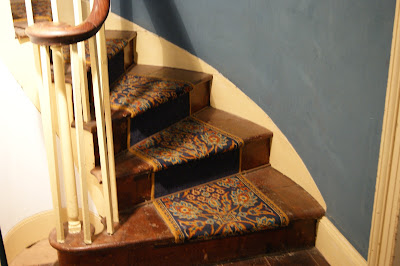 Living conditions were primitive at first. Edward Curr, the chief agent, reported: “The cottages of the married people are built of turf and shingled; that of the unmarried men is temporarily constructed of some of the deals which came out in the 'Tranmere' and shingled. Five huts have been built of turf and thatched for the prisoners” Stables and a blacksmith's shop had also been erected. All the buildings were collected around the store (which was located near the corner of Church and Pearse Streets in modern Stanley). 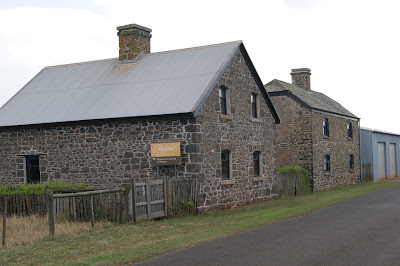 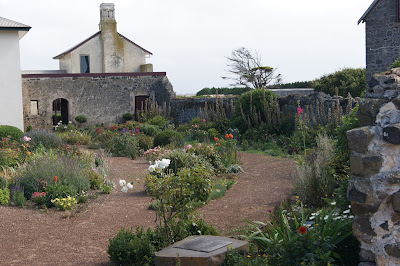 Curr at this stage was based in Hobart, with Adey left in charge of the fledgling settlement. Poor conditions incited unrest amongst both the convict and free workers. The small encampment at Circular Head became the base for further exploration. Company surveyors Hellyer, Fossey and Lorymer set out in search of other suitable tracts of land to include in the company's grant. They were bitterly disappointed with the impenetrable forest and rugged terrain which they encountered. 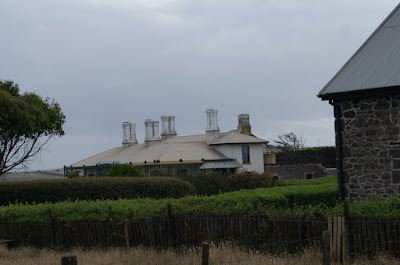 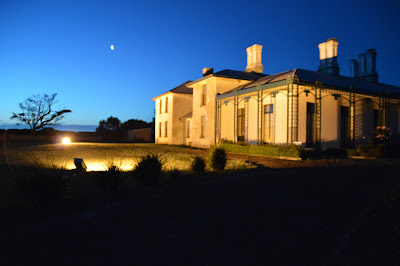 Whilst the Hampshire Hills showed some initial promise and for a short time was the main focus of the company's activities, it too proved discouraging. An agreement was finally reached in the mid-1830s for the company to take up its grant in six separate blocks. Disputes with the colonial government over the boundaries of the grant, the lack of suitable land for sheep grazing, and labour difficulties all beset the company from the very beginning. Other settlers also resented special privileges being bestowed on a British company. 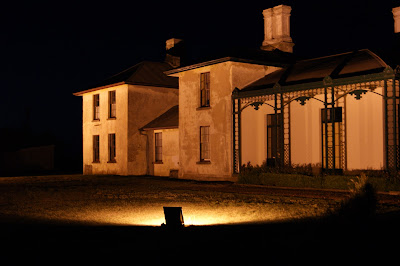 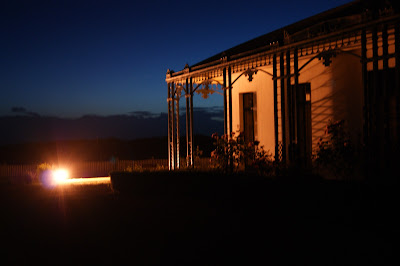 The press in 1831 condemned the government for allowing the company 'monopoly of so large a portion of the finest part of the island, and some two or three hundred assigned servants'. In the face of all these hardships some progress was made. Land was gradually cleared and cultivated, farm buildings erected and roads constructed at the various company establishments. 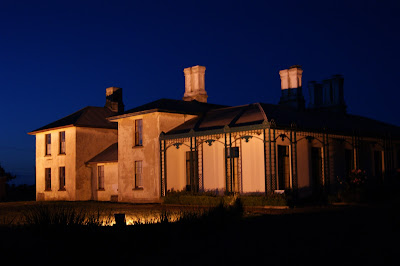 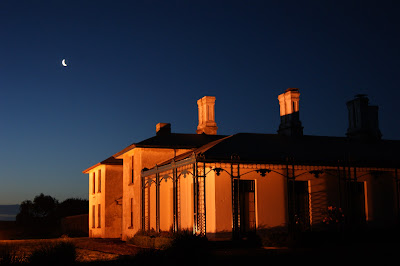 In 1831 it was decided that Circular Head would become the headquarters for the company's operations. Curr made plans for a more substantial homestead for himself and his family. Highfield homestead was ultimately built from 1832-35. A weatherboard cottage erected in 1827 had served as Curr's home prior to this, and the new residence was built adjoining it. Curr claimed in July 1832: “The wooden house I live in will not stand 15 years; the stone one which I am building will stand a century.” The new Highfield was completed in 1835 and the gardens laid out in a manner befitting a gentleman's residence. 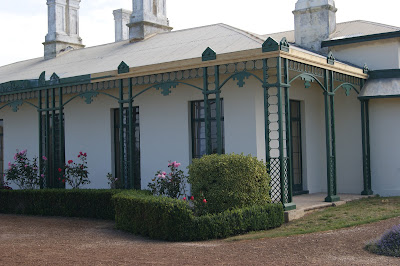 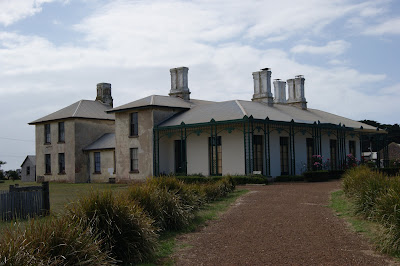 In October 1838 the roof space of Highfield was converted into attic sleeping rooms for Curr's daughters. Further repairs were undertaken by James Gibson in 1844 following flooding in the cellar and attic rooms. New servants' rooms and a kitchen were also constructed at this time. The original weatherboard dwelling was demolished to make way for the alterations. Forty-five men, eleven women and twenty-five children were living at Circular Head in 1832. Indentured labourers brought out from Britain and assigned convicts made up the bulk of the company's workforce. The lure of higher wages elsewhere in the colony caused many indentured workers to abscond or nullify their contracts. Such occurrences prompted Curr to claim 'we owe everything we are and have to convict labour'. 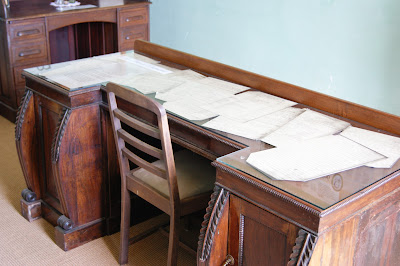 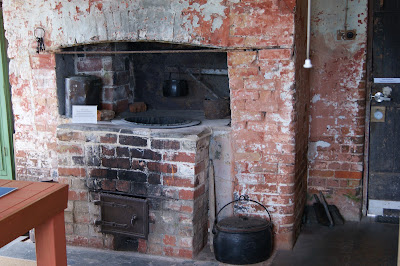 With the withdrawal of assigned convicts in the 1840s the company turned its attention to attracting tenant farmers to the property. As a major wool producer the Van Diemen's Land Company was a failure. Between 1829 and 1852 no more than £20 000 was gained from this pursuit. The breeding of stud horses, grazing of cattle and creation of a deer park did little to alleviate the company's financial woes. English shareholders had lost heavily. Curr was dismissed in 1842 and replaced by James Gibson. 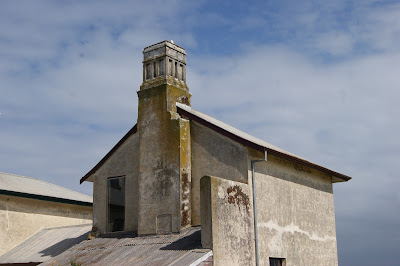 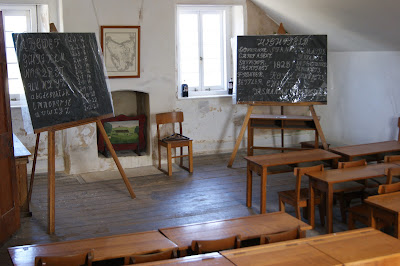 The Directors in London decided to sell or lease much of the company's holdings. The first sale of blocks in the company township of Stanley occurred in the late 1840s. In 1856 Highfield was leased to Dr William Story, and shortly after to Frederick Ford. The company's headquarters were transferred to Burnie. 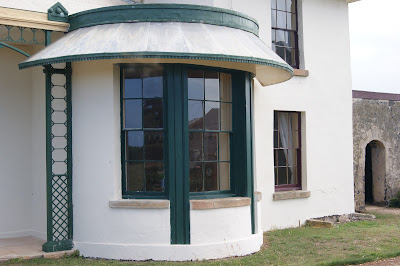 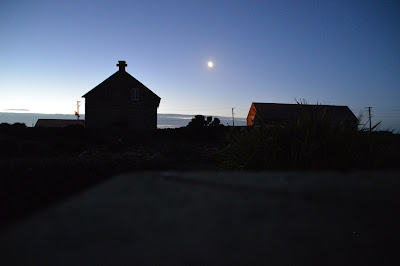 After the Van Diemen's Land Company period of occupancy, only minor alterations were made to Highfield, which remains remarkably intact. The Ford family purchased the Highfield property in 1914. Since then it has had several owners. In 1982 Highfield was acquired by the State Government and is now administered as a Historic Site. A magnificent property that reminds us of the efforts of the early settlers to try and make good in a very remote part of the world. Beautifully restored & maintained by the Parks & Wildlife Service of Tasmania and well worth the visit. Magnificent views of Stanley & The Nut. Highly recommended!!!!! 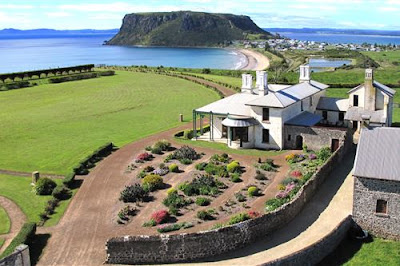 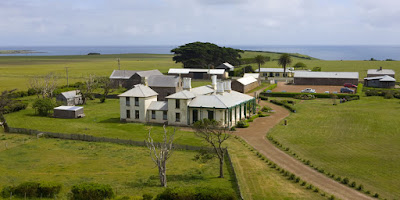