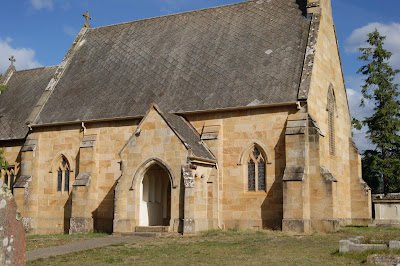 The importance of the is partly its age - it was built in 1846 to a design by architect Crawford Cripps Wegman of , - and its East Window. There has been much speculation about the age of the East Window with some people claiming that it was originally designed for Battle Abbey in , a church which dates from 1094. The church building was commenced in 1846 after the local population complained to secular authorities in about the lack of any clergy to service the growing settlement of Prosser Plains. Local businessmen had pledged to select a suitable plot of land for the purpose of erecting a temporary place of worship. This became the St Georges church which is believed to have been located at the old churchyard on the opposite side of the road to the current property and was completed in 1828, 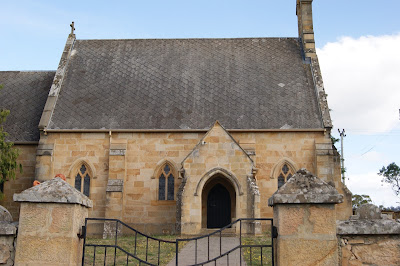 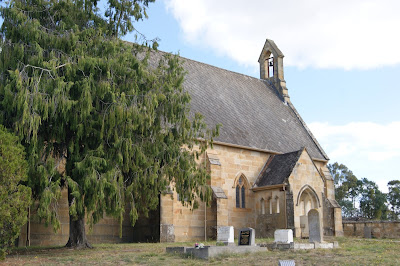 In 1840, the congregation received a grant of 25 pounds towards the erection of a new church. It wasn’t until March 1846 that the first Chaplain, Rev F.H.Cox arrived in the region to take up his chaplaincy and commence works on the new church. 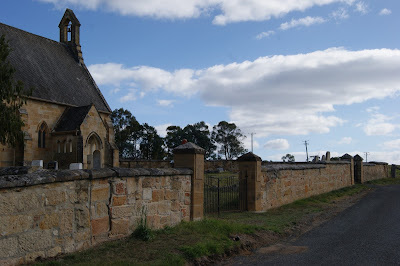 By now the settlement had been renamed Buckland by the then Governor, Sir John Franklin, who named the settlement after the famed geologist, Dean Buckland. From March till October 1846, Rev Cox conducted his services at the local Police Magistrates office while the church was being constructed. The foundation stone was laid on 12th August 1846. Records of those earlier days give no account of the progress of construction of the church or as to whether it was built by free settlers or convicts. However, it is known that the church was a replica of a parish church in , namely Cookham Dean in the Rev Cox’s native . Rev Cox also bought with him a stained glass window which was installed in the new church. The window itself seems to have a very storied past! 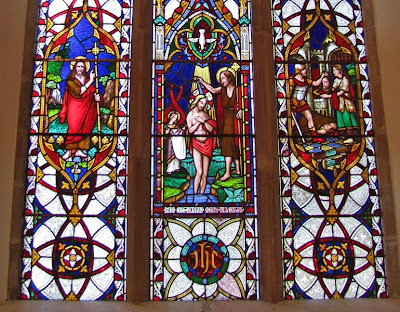 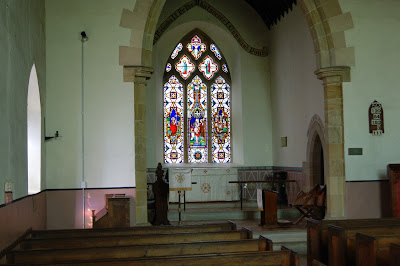 The story is that before the famous Battle of Hastings, which was actually fought at in , William the Conqueror vowed that if he won he would build an abbey to commemorate his victory. Legend has it that he built the Abbey where the English King Harold II had fallen. The abbey was destroyed during the Reformation by troops loyal to Oliver Cromwell in the early 1600s. The main stained glass window from the abbey seems to have fallen into the hands of the Cecil family who had close connections with the district.
Experts believe the window in the was created sometime in the fourteenth century (some 300 years after the Battle of Hastings). The mystery of the window probably started because it is accepted that the Reverend F. H. Cox brought it to when he emigrated from . One account has Lord Robert Cecil, the British Secretary of State for the Colonies, giving the window to Cox before he departed from . Whatever the story it is still remarkable to see a fourteenth century church window in a church which wasn't built until 1846. 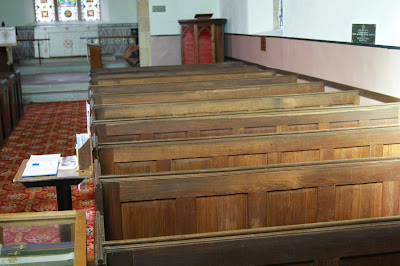 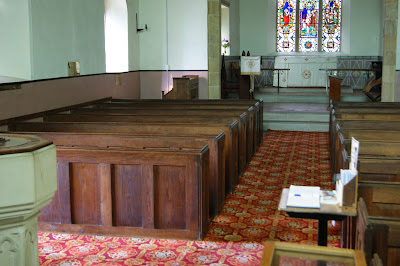 June 18th 1848 saw the very first service held in the new church building and on Jan 15th the following year, the Bishop of Hobart, Bishop Nixon arrived to officially consecrate the new church. The stone walls surrounding the churchyard were added at a later date. It was estimated that the cost of erecting the church, exclusive of interior ornamental features was about 900 pounds, half of which was contributed from public funds and the other half from contributions from neighborhood parishioners. 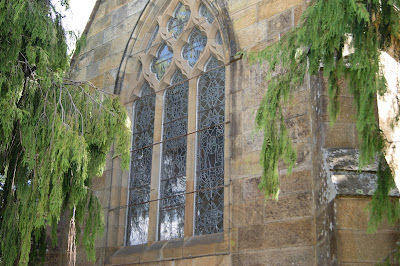 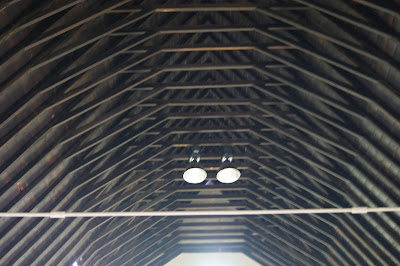 The church is active to this day and is in amazing condition considering its age. It plays an active part in the local community and is easily visible in a prominent part of Buckland as you pass through on the . The church has easy access inside where you can view the magnificent interior and view the majestic stained glass window. Historical information booklets and cards can be purchased in the church by placing your donation in the box supplied. (Honesty System applies). A beautiful little colonial church with is storied stained glass window. Well worth a visit as you pass through Buckland. 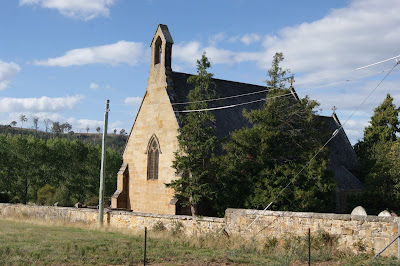 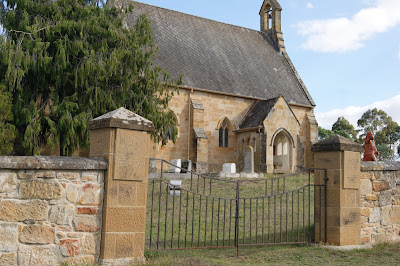 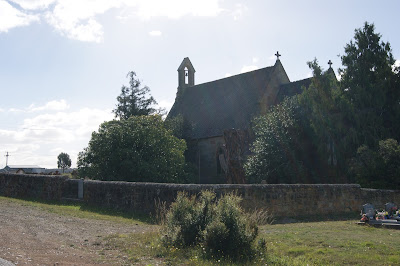